Checking to make sure you’ve locked the door before going to bed is normal. Repeatedly checking to make sure the door is locked—10 times or more—is not. Washing your hands before eating or after using the restroom is simply good hygiene. Scrubbing your hands again and again until they’re raw is not. These are just two examples of what it’s like to live with an obsessive-compulsive disorder (OCD). And while many people joke about being a little bit “OCD,” living with obsessive thoughts or compulsive behaviors is no laughing matter.

Did you know? According to the National Institutes of Mental Health, 2.3% of adults in the U.S. suffer from OCD, and women are more than three times as likely to be diagnosed with OCD than men. (26)

The exact cause of OCD isn’t known but some researchers believe it may stem from a biochemical imbalance in the brain, especially an imbalance in serotonin or glutamate. (15) Other theories include a family history of OCD, childhood trauma or stress, or even structural differences in the brains of those with the condition. (1)(9)(23)(26) 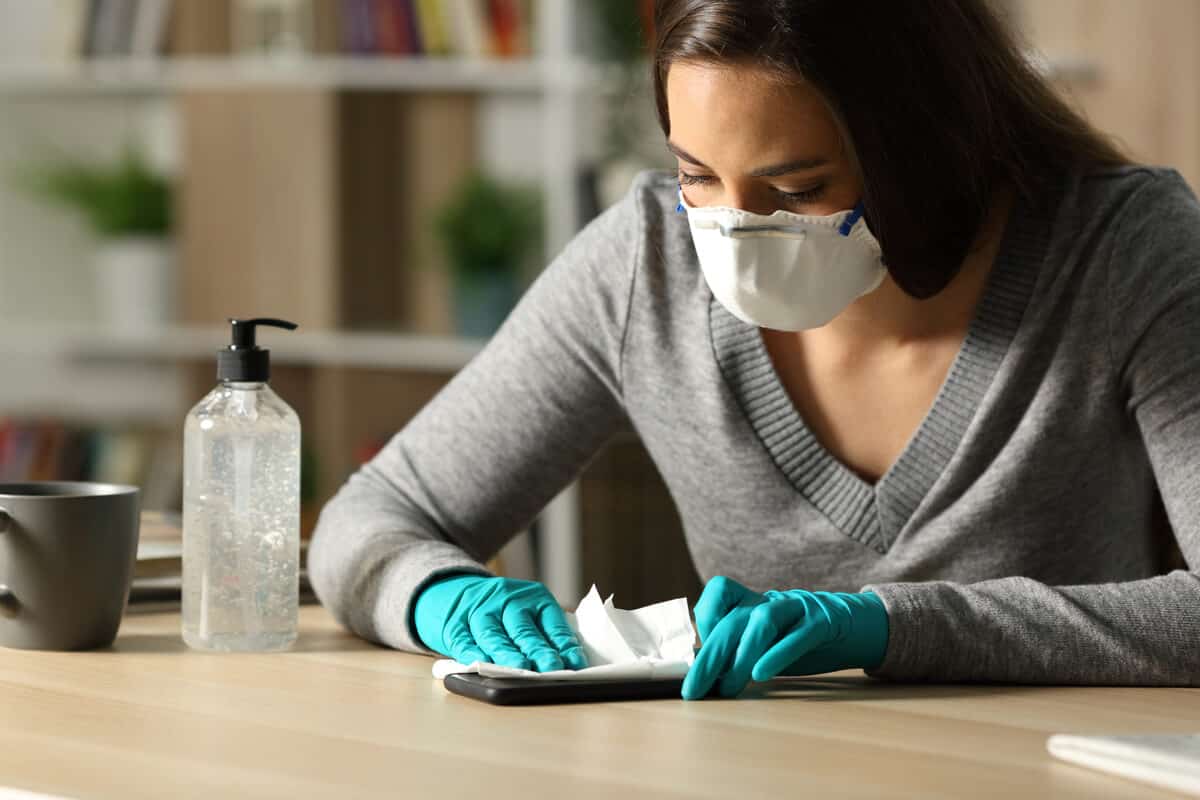 Obsessive cleaning and the fear of germs are two examples of the symptoms that can arise from OCD.

Symptoms of OCD can vary from person to person and include obsessions, compulsions, or sometimes both. Obsessions are thoughts or urges that are repetitive and can trigger anxious feelings. Compulsions, on the other hand, are behaviors that you feel need to be done repeatedly as a way to minimize anxiety or to reduce obsessive thoughts. (25)

Examples of obsessive thoughts include:

Examples of compulsive behaviors include:

Patients with OCD may be reluctant to tell their healthcare practitioner about their obsessions or compulsions because of a perceived stigma or simply because they are embarrassed. (13) Instead, they may report feelings of depression or anxiety, which often coexist with OCD. In fact, about 75% of those with OCD suffer from an anxiety disorder and 40% also live with major depression. (11) Of more concern, one community survey reported that 63% of those with OCD have had suicidal thoughts. (35)

Did you know? Most people with OCD are diagnosed by about age 19, typically earlier in boys than in girls. (25) 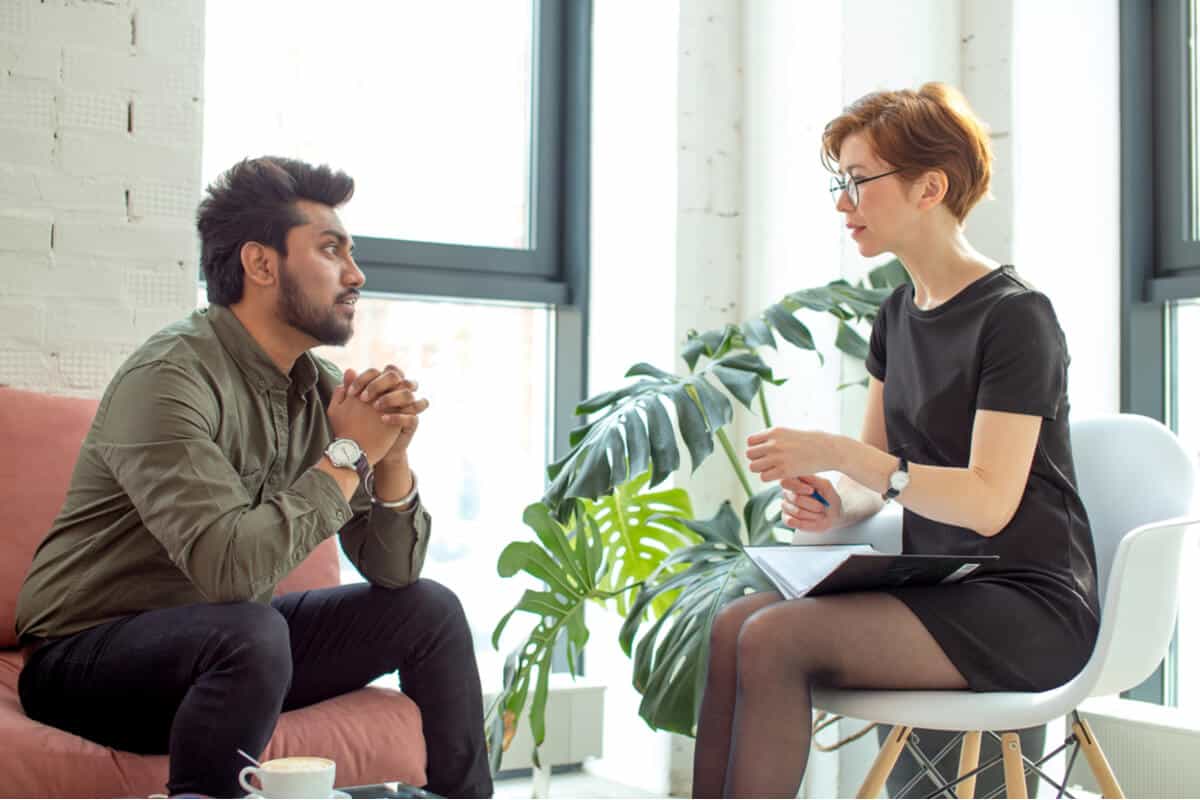 Treatment can help to reduce the severity and frequency of obsessive thoughts and compulsions. Cognitive behavior therapy (CBT), which involves exposure to activities or thoughts that provoke anxiety, can be a very effective form of psychotherapy for those with OCD. Over time, the person learns techniques that foster a healthy response to these activities. (11)(34)

Medication, with or without CBT, is also often used to treat OCD. Antidepressants that increase or regulate serotonin levels like selective serotonin reuptake inhibitors (SSRIs) or clomipramine are often used to prevent unwanted thoughts and the urge to perform repetitive actions. Glutamate-modulating drugs like memantine may also help reduce the symptoms of OCD. (15)(18)(20) While both types of medication have shown efficacy, they can cause side effects such as aggression, sleep disturbances, sexual dysfunction, and weight gain. (12)(21)

Studies suggest that some medicinal herbs and nutrients may improve the symptoms of OCD and also reverse some of the common nutritional deficiencies found in those with the condition. (17) Although research is still in its infancy, clinical trials of the following herbs and nutrients show some promise.

Borage is a medicinal herb native to the Middle East with anti-anxiety and sedative effects comparable to the prescription drug diazepam. (17) One six-week trial involving 44 patients with OCD found that supplementing with 500 mg of a borage extract was more effective than a placebo for reducing anxiety and OCD behaviors. (31) 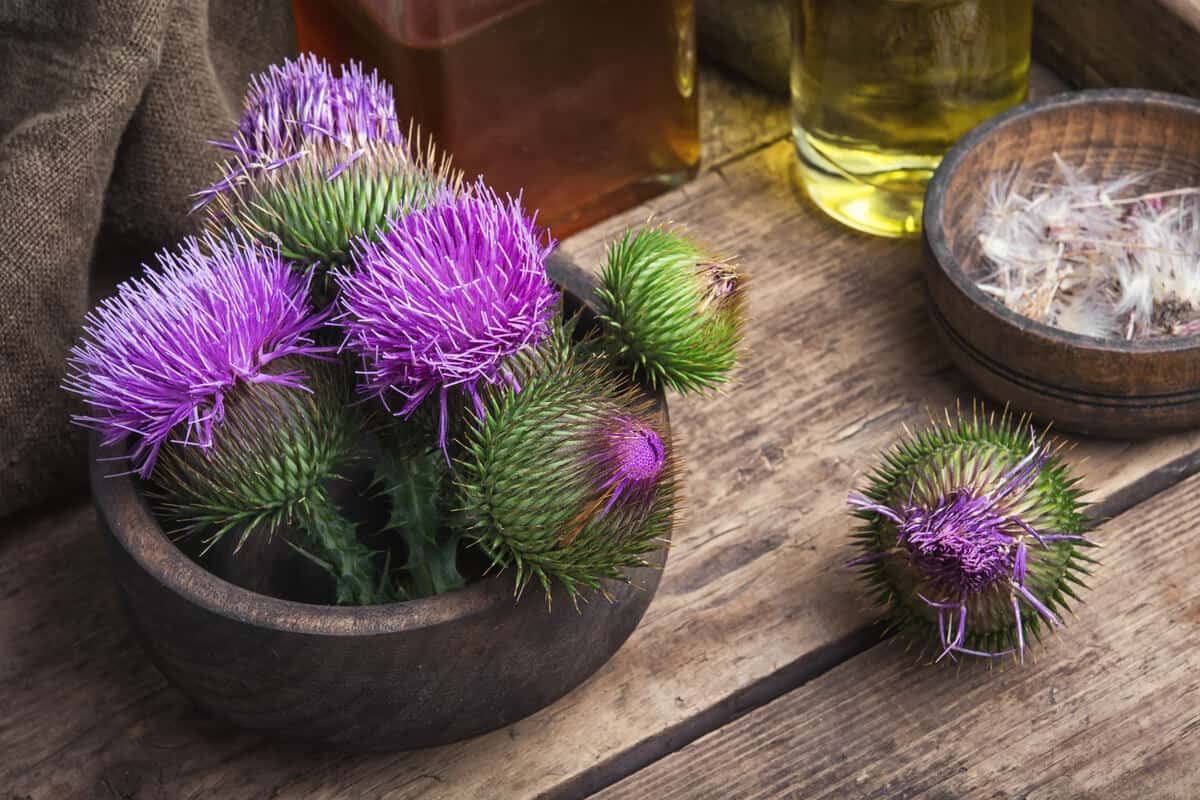 Milk thistle may be just as effective as some prescription antidepressants for reducing OCD symptoms.

Milk thistle has a long-standing reputation for protecting the liver. (22) Along with its liver-supportive properties, some studies suggest that this medicinal herb may be effective for those OCD patients who can’t or prefer not to take conventional drugs. In one eight-week double-blind, placebo-controlled study, researchers found that a daily dose of milk thistle was just as effective as fluoxetine (Prozac) for symptomatic relief. (30)

N-acetyl cysteine (NAC) is a powerful antioxidant and the precursor to glutathione, which is known as the body’s master antioxidant. (36) Research suggests that NAC may also reduce the oxidative stress and inflammation that may play a role in OCD. (24) One randomized clinical trial of 48 patients who didn’t respond to SSRIs found that those taking NAC experienced significant improvement in their symptoms. (29) Other studies show taking NAC with serotonin reuptake inhibitors (SSRIs) resulted in more improvement than the SSRI alone. (2)(6)

Well known for its ability to ease the symptoms of depression, St. John’s wort increases serotonin levels in the brain and normalizes the hypothalamus-pituitary-adrenal axis (HPA-axis) by reducing inflammation and oxidative stress. (3)(4) Despite these actions, studies are mixed on this medicinal herb’s effectiveness for OCD. During one small open-label study, 42% of the participants experienced significant improvements in their symptoms while taking St. John’s wort and another 50% reported minimal improvement based on the Yale-Brown Obsessive Compulsive Scale (Y-BOCS). (33) However, other studies show little or no improvement in subjects taking St. John’s wort. (19)

The root of this perennial plant has traditionally been used to ease insomnia. (5) However, valerian may also be useful for treating some psychological disorders like anxiety and OCD, benefit which have been attributed to two compounds: aleuronic acid and valepotriates. (17) Although few studies have explored the use of valerian root for OCD, one double-blind, randomized pilot study that appeared in the Journal of Complementary and Integrative Medicine found that valerian was more effective than a placebo for treating OCD symptoms. (27)

Commonly known as “the sunshine vitamin,” vitamin D is critical for healthy brain development and function. Studies show that it plays an important role in brain structure and many brain functions like neurotransmission, neuroprotection, and the ability to learn and change. (10)(16) Yet, people with OCD have been found to have low levels of this important nutrient. (7) There’s also some evidence to show that the more severe the deficiency, the more severe the symptoms of OCD. (17) Adding a vitamin D supplement to their daily routine may help reduce OCD symptoms in some people. (8)

OCD is a chronic mental health condition that can interfere with work, school, social interactions, and well-being. If you suspect you have OCD, talk to your healthcare practitioner about your symptoms. Although there is some evidence that the medicinal herbs and nutrients discussed above may help reduce obsessions and compulsions, more research is needed.

Because OCD can be a serious, potentially life-altering, condition, it’s wise to avoid self-treatment. Instead, work with your healthcare practitioner or a qualified mental health expert to develop a treatment plan individualized to your particular needs and symptoms.