What You Need to Know About St. John’s Wort

Historically, St. John’s wort has been used to help heal wounds and treat a variety of health conditions, including kidney and lung ailments, insomnia, and depression. Currently, St. John’s wort is most commonly used to address mood disorders, particularly depression, and symptoms such as nervousness, fatigue, and difficulty sleeping. (10)

How does St. John’s wort work?

The medicinal parts of the St. John’s wort plant include its flowers and, to a lesser extent, its leaves. The main active components are napthodianthrones (e.g., hypericin and pseudohypericin), phloroglucinols (e.g., hyperforin), and flavonoids (e.g., quercetin, kaempferol, and luteolin).

It was formerly believed that hypericin was the component of St. John’s wort primarily responsible for its antidepressant action, however, it is now understood that hyperforin, adhyperforin, and several other related compounds are the primary active constituents. These chemicals act on messengers in the nervous system that regulate mood. (8) 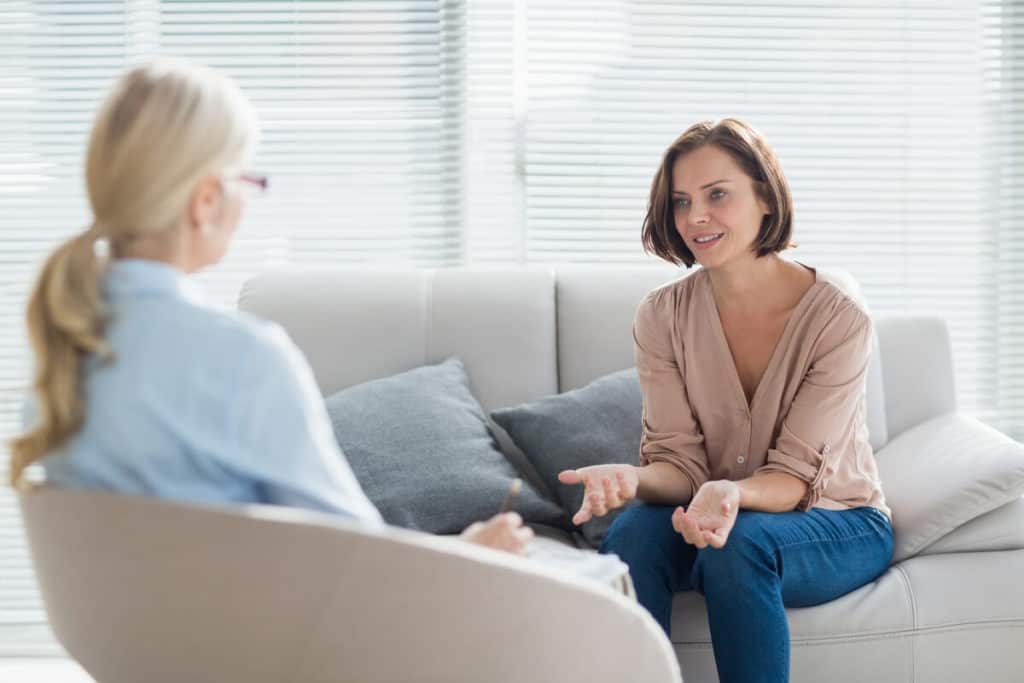 St. John’s wort is most often used as a dietary supplement for depression.

St John’s wort is believed to increase the activity of brain chemicals such as serotonin, dopamine, gamma aminobutyric acid (GABA), and norepinephrine that play an important part in regulating our mood. (4)

Furthermore, a 2016 review of studies evaluated the effectiveness of St. John’s wort in the treatment of Major Depressive Disorder (MDD). The review included 35 previously published studies, including a total of 6993 participants. Researchers determined that St. John’s wort supplementation reduced symptoms of mild to moderate depression more than a placebo and similar to prescription antidepressants. However, the review also noted that there was a lack of research examining the effects of St John’s wort for severe depression, as well as poor reporting of adverse events. (3)

St. John’s wort supplementation is often used to improve sleep. While there is little research examining the effects of St. John’s wort on sleep, some evidence suggests that this herb may be beneficial by prolonging the duration of deep sleep, a stage of sleep important for physical and mental recovery.

Furthermore, other research suggests that St. John’s wort primarily affects sleep patterns, rather than overall sleep quality. In one study, 12 participants were given either 300 mg of St. John’s wort three times per day or a placebo over a 4-week period. Individuals who supplemented with St. John’s wort increased the time spent in deep sleep compared to the placebo. No differences in sleep onset or sleep continuity were observed. (12)

While much of the research examining the use of St. John’s wort has been conducted in individuals with depression, according to the Anxiety and Depression Association of America, an estimated 50 percent of people with depression also suffer from some form of anxiety disorder. (2)

It has therefore been theorized that St. John’s wort may benefit individuals with anxiety due to its effect on the activity of serotonin, dopamine, GABA, and norepinephrine. However, long-term human studies examining the effectiveness of St. John’s wort in managing anxiety are needed. (5)

As a result of declining estradiol levels around menopause, many women experience symptoms such as hot flashes. St. John’s wort has been found to have molecular components similar to those of human hormones, and therefore, it has been suggested as a possible intervention to reduce menopausal symptoms. (1)

St. John’s wort is generally considered safe when it is taken orally in appropriate doses. However, possible side effects include:

St. John’s wort increases the brain chemical called serotonin. As a result, taking it with other antidepressants or drugs that affect serotonin may further increase serotonin levels, causing serious side effects, such as heart problems, shivering, and anxiety. (11)

There currently isn’t enough reliable information available to determine if St. John’s wort is safe when it is applied topically. (7) 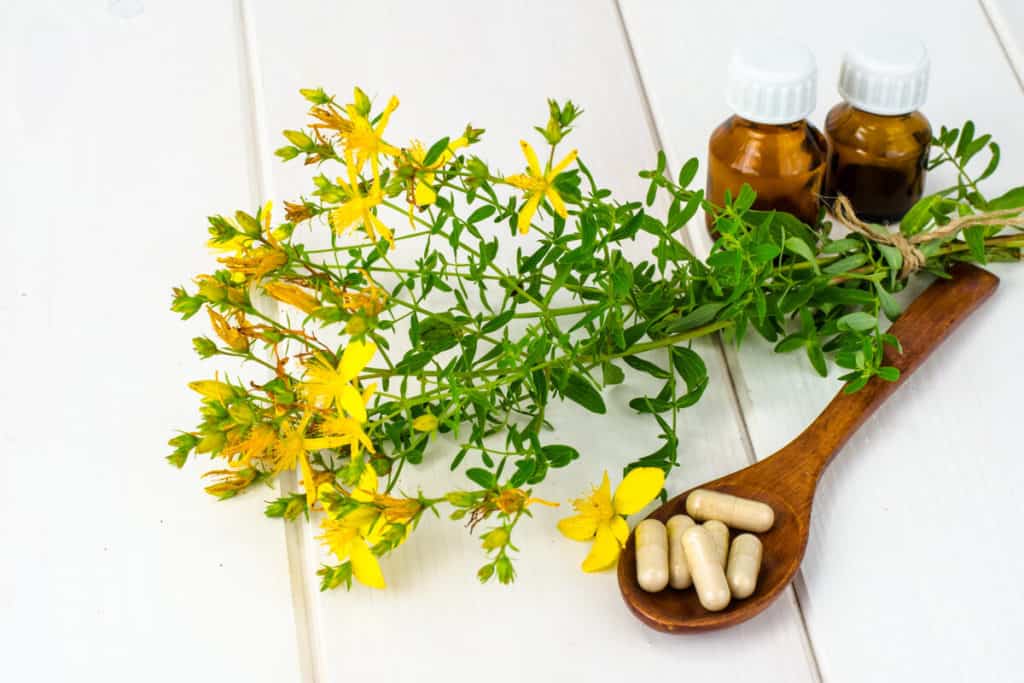 St. John’s wort is available in teas or in various supplement forms, including tablets, liquids, and topical preparations.

St. John’s wort has been studied most extensively as a treatment for depression. Most studies demonstrated that St. John’s wort may help address mild-to-moderate depression, with fewer side effects than most other prescription antidepressants.

As always, be sure to speak to your integrative healthcare provider to identify potential interactions and to determine if a St. John’s wort supplement is right for you.