The HPA Axis and Stress Management: An Introduction

Stress can come in many forms; whether physical, such as injury and illness, or emotional, the body perceives stress as a threat to homeostasis. Homeostasis refers to the body’s ability to continuously adjust and respond to internal and external stimuli, including stress. The goal of homeostasis is to establish and maintain a constant state of balance within the body that is necessary for proper functioning and survival. (1)(5)

In order to maintain homeostasis, a number of mechanisms exist to help the body respond to stressors. Collectively, these mechanisms are known as the stress response and involve the collaboration of multiple body systems including the endocrine, nervous, and immune systems. (4)

One of the primary actions of the stress response involves the regulation of cortisol, the primary glucocorticoid in humans released in response to stress. During a normal response to acute stress, cortisol levels rise and decline very quickly following a stressful event. (5) The mechanism responsible for this response is known as the HPA axis.

In order to understand and treat stress-related health conditions, it is first important to understand the mechanisms by which the body regulates stress, including the HPA axis.

What is the HPA axis?

As the name implies, the hypothalamic-pituitary-adrenal axis, commonly known as the HPA axis, involves the hypothalamus, the anterior lobe of the pituitary gland, and the adrenal glands. An integral component of the stress response, the HPA axis is a cooperation of three key endocrine glands that helps the body regulate cortisol levels and maintain homeostasis. It functions through a network of positive and negative feedback regulated by the neuroendocrine system. (5) 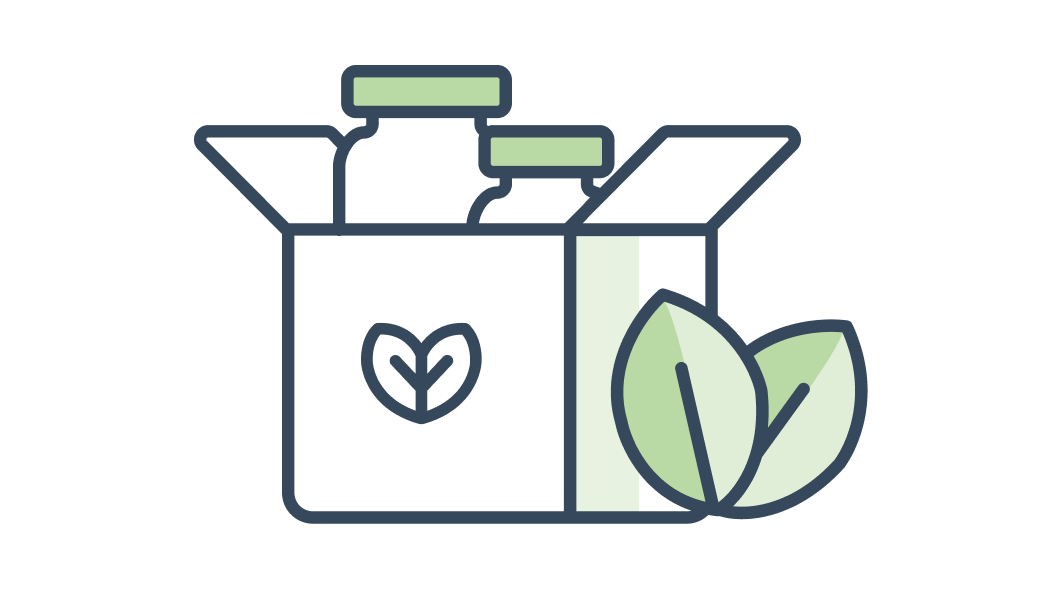 While the mechanism of the HPA axis does not vary between individuals, individual differences in HPA activity have been attributed to several factors. These include genetic factors, such as DNA variation in the genes that regulate neurotransmitter activity, early life environment, such as exposure to maternal stress during gestation and stressful early-childhood events, and current exposure to stress. (5) 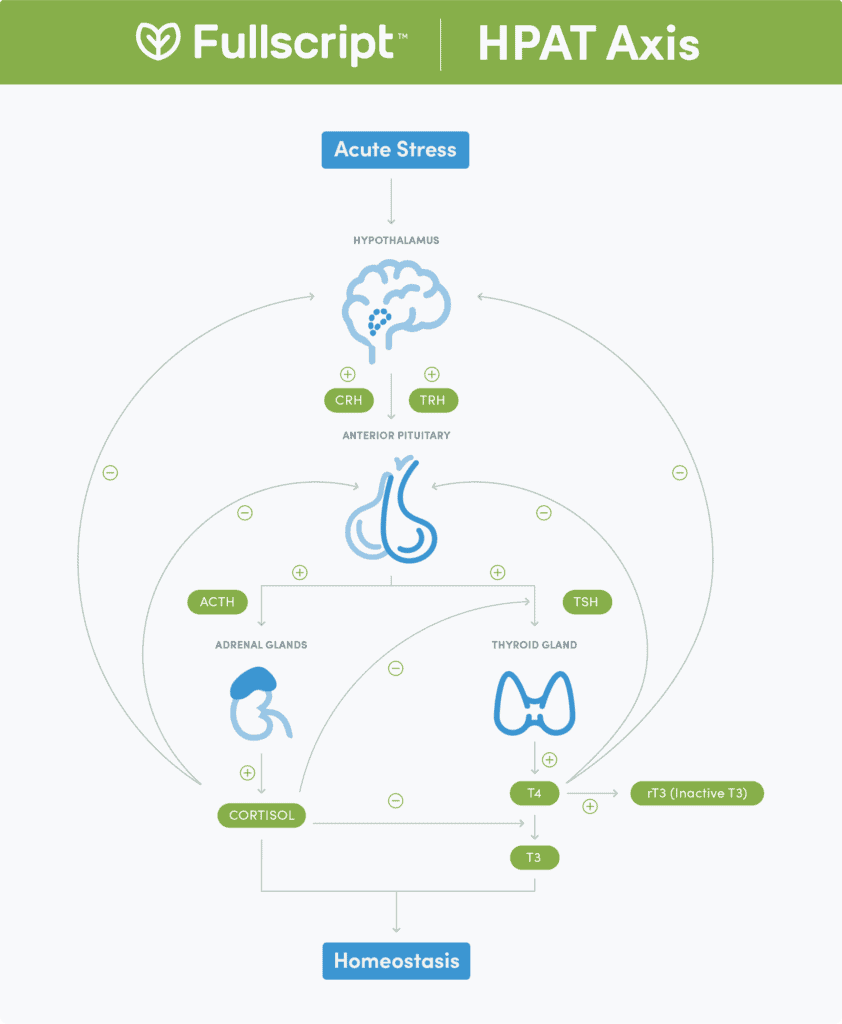 When the body is exposed to a stressor, brain signaling systems, such as neurotransmitters, trigger the activation of the HPA axis in the paraventricular nucleus (PVN) of the hypothalamus. (5) Once activated, the PVN releases arginine vasopressin (AVP) and corticotropin-releasing hormone (CRH), also known as corticotropin-releasing factor (CRF). CRH, the primary regulator of the HPA axis, is released and targets CRH receptors in the anterior pituitary gland, which, in turn, stimulates the production and secretion of adrenocorticotropic hormone (ACTH) into general circulation. (4) ACTH then binds to receptors on the adrenal cortex and stimulates the synthesis and release of glucocorticoids, specifically cortisol, from the zona fasciculata of the adrenal glands. (5)

Cortisol induces a number of metabolic effects in order to restore homeostasis, including activating enzymes involved in gluconeogenesis and inhibiting the uptake of glucose in peripheral tissues, ultimately increasing blood glucose concentration. (3) In addition, glucocorticoids exhibit a stimulatory effect on inflammation, which may be attributed to enhanced expression of cytokine receptors, including those for pro‐inflammatory cytokines TNFα, IL‐1, and IL‐6. (7)

Furthermore, increases in cortisol levels as a result of stress have been shown to affect thyroid hormone levels, specifically thyroid stimulating hormone (TSH), triiodothyronine (T3), and thyroxine (T4). One study examining the relationship between TSH and cortisol in 54 healthy men and women noted an apparent positive correlation between the two hormones. (6) Another study found that cortisol levels were inversely related to decreases in thyroid hormones following exhaustive exercise. (2)

When cortisol is secreted and levels in the blood reach a certain concentration, a negative-feedback mechanism is triggered. This mechanism signals the hypothalamus and anterior pituitary gland to inhibit HPA axis activity and the synthesis of CRH and ACTH, respectively. (4)(5)

There are two types of receptors responsible for detecting cortisol levels in the blood and initiating this negative-feedback mechanism:

While both of these receptors bind to cortisol, they have different functions. As cortisol has a high affinity to mineralocorticoid receptors (MRs), these receptors help to maintain normal daily cortisol fluctuations in the blood. Glucocorticoid receptors (GRs) are the receptors responsible for regulating cortisol levels following a stressful event. When cortisol levels are high, beyond normal daily levels, GRs are activated and signal to the hypothalamus and anterior pituitary to stop secreting CFH and ACTH. (4)(5) While they are found in a number of regions of the brain, GRs in high concentrations located in the PVN and hippocampus appear the be the primary areas for glucocorticoid feedback inhibition of the HPA axis. (4)

This feedback loop protects the body from the prolonged release of cortisol via the HPA axis, ensuring the return to homeostasis.