Proactive health-seekers who suffer from one or more types of chronic illnesses are finding their way to integrative medicine practitioners. Given the diversity of conditions and symptom presentations possible, where does a practitioner begin? The saying “all disease begins in the gut”, often attributed to Hippocrates, the father of medicine, repeats itself throughout several systems of integrative medicine. But, is it really true?

What is chronic illness?

For the purpose of discussion, a standard chronic illness definition is necessary. Medically speaking, these conditions are broadly defined as those lasting one year or more and requiring ongoing medical attention, limiting activities of daily life, or both. (2) Common chronic diseases include heart disease and stroke, cancer, and diabetes. Additionally, ongoing depression, anxiety, and other conditions of mood and cognitive decline fit the parameters of chronic illness. Autoimmune conditions, such as Hashimoto’s thyroiditis, rheumatoid arthritis, and multiple sclerosis, as well as conditions of the liver such as fatty liver disease (NAFLD), also meet the criteria for chronic illness. (14) 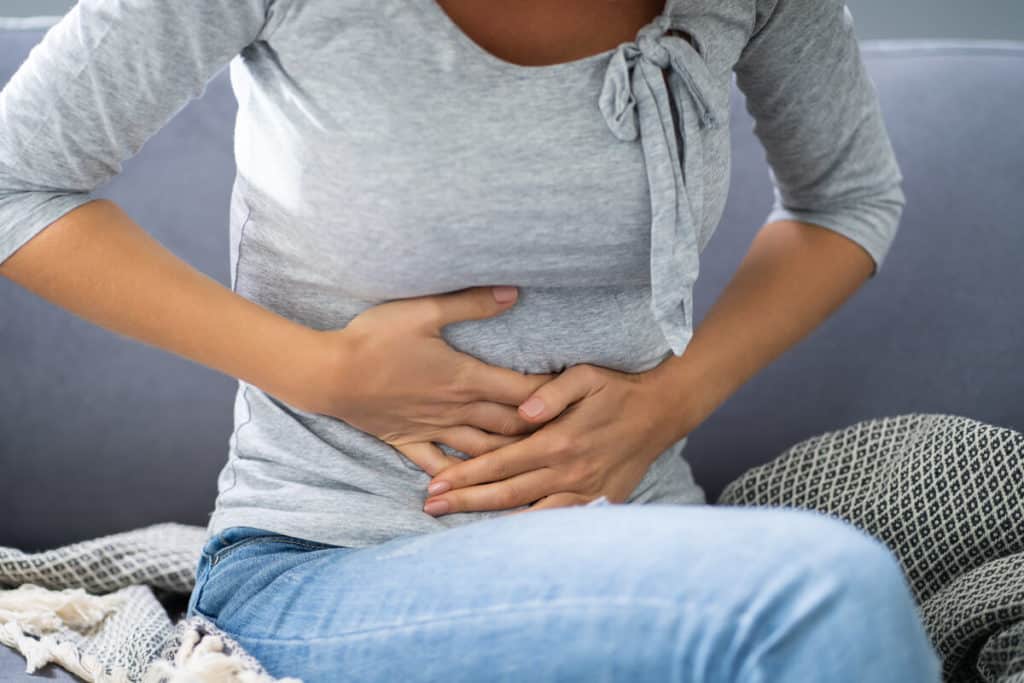 Many chronic illnesses are believed to be influenced by the gut.

Chronic illnesses are expressions of ongoing abnormal physiology. Each of these named manifestations of ill health or dis-ease appears to have at least an observational or associated connection to the gut. In fact, you can think about many organs in the context of a gut-organ axis (e.g., gut-brain axis, gut-heart axis, gut-liver axis, gut-skin axis). This concept suggests the systems are functionally linked. Emerging evidence suggests the existence of multiple pathways mediating bidirectional communication (crosstalk) between organ systems. (1)

While definitions vary, “the gut” most commonly refers to the small and large intestine and their functions collectively. When determine treatment, it seems that two criteria should be met:

What follows is a sample of the evidence addressing the physiologic connections between selected organ systems. Additionally, a few clinical studies that fit the above model are briefly summarized.

In one animal trial, germ-free mice were treated by colonizing them with microbiota from human subjects with and without attention-deficit/hyperactivity disorder (ADHD). The mice receiving the transplanted microbiota from ADHD subjects began to exhibit ADHD tendencies in both imaging studies and behavioral observations. (14)

In an animal model of coronary artery disease, Lactobacillus rhamnosus GR-1 was orally administered. Interestingly, in the analysis, there was no evidence of GR-1 colonization or change in the microbiome. Regardless of this, treatment with GR-1 reduced left ventricular hypertrophy and preserved ejection fraction, two cardinal markers of heart failure. (5)

An experimental model of hypertension was used to determine if fiber as a prebiotic had any effect on disease markers. Not only did fiber positively modify the gut microbiome, but it also reduced systolic and diastolic blood pressure, cardiac fibrosis, and left ventricular hypertrophy. Researchers attributed the effects to the increase in the production of acetate, a short-chain fatty acid (SCFA). (10)

In a systematic review, investigators found compelling associations between microbiota and the development of NAFLD, and proposed several mechanisms that may be causally related. (15)

An experimental study in humans evaluated subjects with and without chronic obstructive pulmonary disease (COPD) exposed to rhinovirus. Those in the COPD group saw substantial instability in the microbiome, including potentially pathogenic microbial colonization of Haemophilus influenzae, which remained 42 days after infection. An increase in Haemophilus influenzae counts was not observed in healthy individuals. (11)

Researchers are investigating the role of post-translational modification of proteins in autoimmune disease. The ecosystem of the gut contains microorganisms and a high concentration of immune system cells as developed in a long co-evolutionary process. Disruption of healthy interaction between the host and microbiota results in subsequent effects on microbial enzymes. When abnormal microbes or abnormal amounts of normal microbes are present, modification of proteins creates a target for the host immune cells.

Said differently, the mechanism of interest here is that the enzyme systems of the microbiota transform naïve/self- or non-self-peptides to auto immunogenic ones. Long-standing activation of the immune system leads to tissue destruction, clinically categorized as autoimmune disease. (7) Therefore, restoring the naturally evolved microbiome, as well as reducing intestinal hyperpermeability, may be reasonable therapeutic targets.

A tissue that is a frequent target for autoimmune reactions is that of the thyroid gland. Celiac disease and Hashimoto’s thyroiditis share a variety of common characteristics shared at all relevant levels, including epidemiological, clinical, serological, pathological, pathophysiological, hormonal, genetic, and immunological factors. (8)

While celiac disease is typically thought of as a disease of the gut, interrelated pathways of the gut-thyroid axis lend credibility to viewing this condition through a different lens. Currently, the literature does not embrace a gluten-free diet, the typical primary intervention for celiac disease, for autoimmune thyroid conditions. However, normalization of subclinical hypothyroidism has resulted from gluten-free diets and personalized approaches may find this therapeutic option as a valuable consideration. (8)

Integrative medicine practitioners tend to unite in a chorus of “fix the gut”, but is that wise, prudent, and supported by evidence?

Increasing diversity of the microbiome

In a double-blind, placebo-controlled randomized parallel-group clinical trial, 120 adults with prediabetes received either a multi-species probiotic (gut-targeted) containing Lactobacillus acidophilus, Bifidobacterium bifidum, Bifidobacterium lactis, and Bifidobacter longum at doses of 1.5 billion CFU each, an inulin-based synbiotic (prebiotic and probiotic combination), or a placebo for 24 weeks. The prevalence of hyperglycemia was reduced in both active groups. Additionally, in the probiotic group, blood pressure decreased and HDL-cholesterol increased. (6)

Decreasing unwanted elements of the microbiome

Berberine, a medicinal herb often considered to have antimicrobial properties, was used in a randomized, open-label clinical trial. Subjects with NAFLD (184 total) were recommended lifestyle interventions and either no further intervention, an anti-diabetic medication, or 500 mg of berberine three times daily for 16 weeks. The berberine group showed a significant reduction of hepatic fat content as measured by proton magnetic resonance spectroscopy. (16) 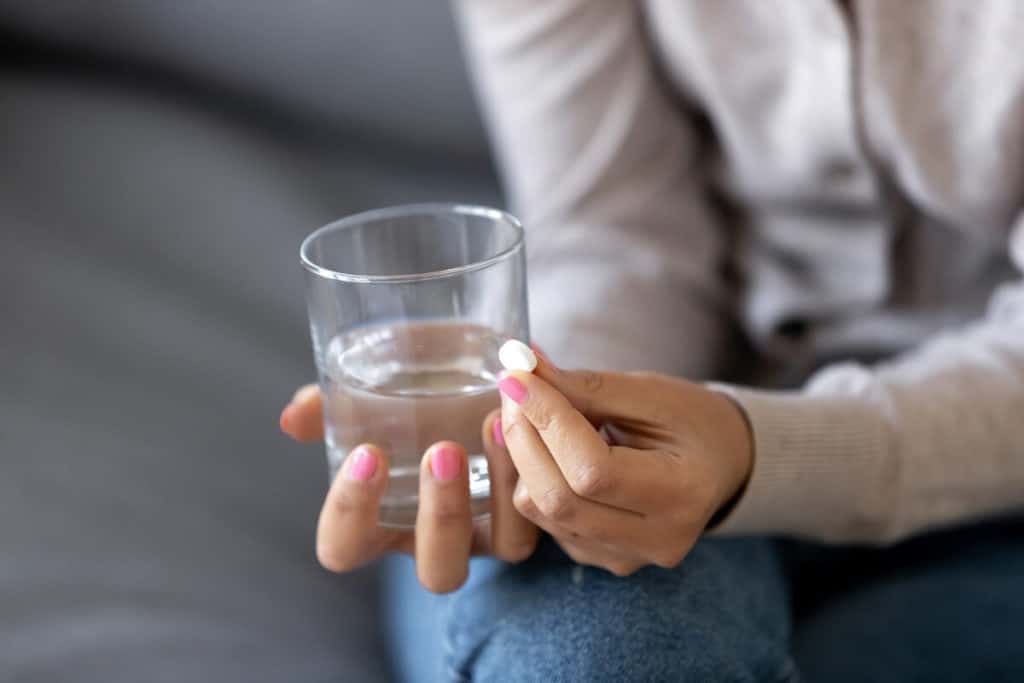 Glutamine has been shown to improve symptoms associated with irritable bowel syndrome.

Glutamine is often used to decrease intestinal hyperpermeability. Over eight weeks, 106 subjects with diarrhea-predominant, irritable bowel syndrome (IBS-D) and a history of enteric infection completed a randomized, double-blind, placebo-controlled trial, in which they received either 5 g of oral glutamine three times daily or placebo. A reduction of 50 points or greater on the Irritable Bowel Syndrome Severity Scoring System (IBS-SS) was used as a primary endpoint. 79.6% of subjects in the glutamine group achieved this outcome compared to only 5.8% in the placebo group. Also seen in the glutamine group were improved daily bowel movement frequency, improved average Bristol Stool Scale, and normalization of intestinal permeability as measured by urinary lactulose/mannitol ratios. (17)

A pilot trial compared the effects of a two-week elemental diet to oral steroid (prednisolone) therapy in subjects with rheumatoid arthritis. Subjects were followed for an additional four weeks. While the steroid group achieved reductions in inflammatory markers, both groups experienced improvements in clinical outcomes. (12)

The above clinical studies are not exhaustive of trials that use gut-targeted interventions to act on remote organ systems, but instead, they represent a small sample of that model. While it is difficult to say with certainty that Hippocrates was correct, the emerging evidence is promising. Future developments using targeted populations of chronic disease may further validate some of these approaches.

More about the author here.

Create your dispensary today I'm a patient
Disclosure: This article was written in partnership with Integrative Therapeutics. All supplier partnerships have been approved by doctors on our Integrative Medical Advisory team, and this content adheres to all guidelines outlined in our content philosophy. Fullscript has not been compensated financially for the publication of this article.
References