The Role Of The Microbiota In Health

Sometimes used interchangeably when talking about intestinal bacteria, the terms “microbiota” and “microbiome” actually refer to two very different things. The human microbiota refers to the microbes that reside within each person, primarily in the gut. (3)(6)(7) It’s believed that there are approximately 100 trillion of these microbes residing within the gastrointestinal tract (7) that help to maintain symbiosis with the environment. (4) Our microbiota is made up of bacteria, but also bacteriophages, viruses, fungi, protozoa, and archaea. (4)(6)

The human microbiome, on the other hand, refers to the collective genes these microbial cells contain. (6)(7) In the body, there are approximately 10x more microbes than human cells, which carry 150x more genetic material than do the karyosomes found within our body’s cells. (4)

While the concepts of the gut microbiome and microbiota have been around for several years, we have recently gained an enhanced understanding of its composition and role in health due to advances in metagenomics, bioinformatic tools, and DNA sequencing technology. (2)(3)(4) 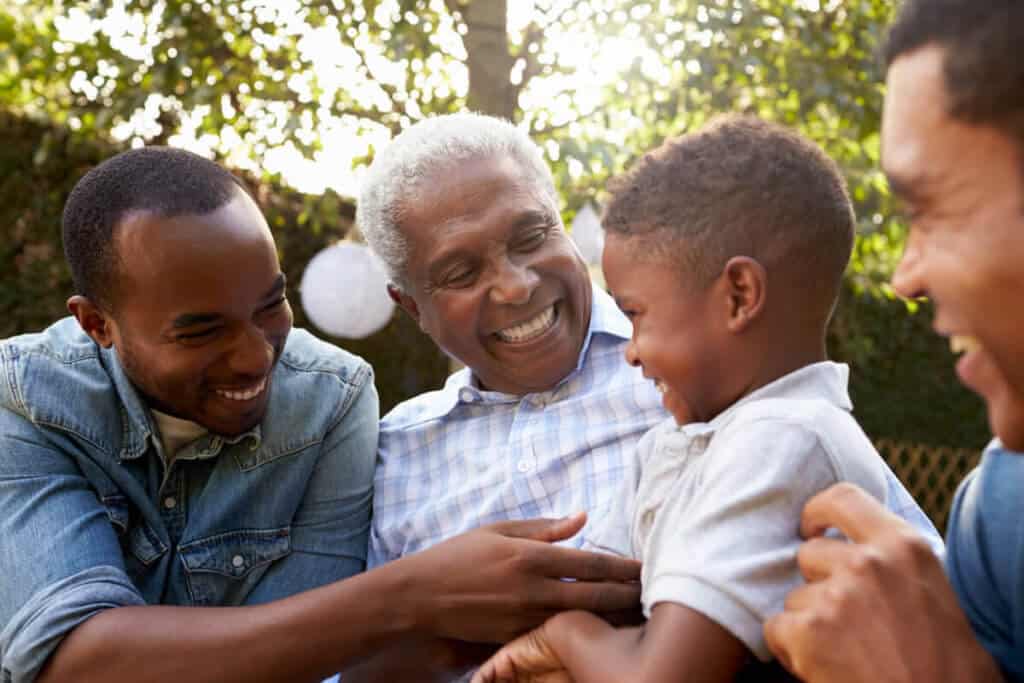 The human microbiota refers to the microbes that reside within each person, primarily in the gut.

Microbiota composition over a lifespan

Our first microbial colonization is obtained at birth and is determined by the method of delivery. Differences in intestinal microbiota have been noted between infants born vaginally and those delivered by c-section. (1)

Over the first year of life, our gut microbiota continues to change, shifting significantly after the introduction of solid foods to more closely resemble that of an adult. (1)(6)

Reaching adulthood, our microbiota remains fairly stable at the phylum level. However, at the bacterial species level, interindividual differences can be seen. The number and composition of bacteria in the gastrointestinal tract also vary, increasing in number from the stomach and small intestine to the large intestine. (1)

As we age, the composition of microbiota typically becomes less diverse, highlighted by increases in Bacteroides species and reductions in Clostridium groups in elderly individuals. (3)

Research has identified a number of factors that can affect microbiota composition, including:

The role of the microbiome and microbiota in health

Encoding more than three million genes and producing thousands of metabolites, the microbiome takes part in many body functions (7) and interacts with almost all other cells in the body. (2) Needless to say, these microorganisms play an integral role in maintaining health and disease. (3)

While it’s believed that individuals may share a core microbiome, the intestinal microbiota is characterized by a wide diversity of bacterial species (3) and the microbiome itself can vary 80-90% between individuals. Microbes also differ from one part of the body to another. For example, microbes in the mouth are distinguishable from those in the intestine. In the early 1680s, Antonie van Leeuwenhoek was the first to study microbiome diversity when he compared his own oral and fecal microbiota with those of other individuals. He noted significant differences in diversity between healthy individuals and those in states of disease, with healthy individuals possessing a highly variable microbiome. (6)

While their impact on the body is widespread, intestinal microbes appear to be especially important to digestive, metabolic, immune, and neurological health. (7)

The intestinal microbiota breaks down nondigestible carbohydrates, such as cellulose, pectins, and resistant starches.

The intestinal microbiota is involved in a variety of metabolic functions. Bacteria in the gut produce a number of nutrients, including amino acids, vitamin K, and several B vitamins. They also aid in the absorption of calcium, magnesium, and iron. (1)(5) In addition, the intestinal microbiota has been shown to play an important role in energy metabolism, (6)(7) breaking down nondigestible carbohydrates, such as cellulose, pectins, and resistant starches. (1)(5)

This process releases short-chain fatty acids (SCFAs), including acetate, propionate, and butyrate, which are essential to health and immunity. The intestinal microbiota also produces a number of other metabolites, including indoles, trimethylamine-N-oxide (TMAO), neurotransmitters, and secondary bile acids. (2)

Furthermore, our composition of microbes can impact our blood glucose response. Imbalances in intestinal microbiota, known as dysbiosis, have been associated with insulin resistance, diabetes, and obesity. (2)(3)(5)(7) Studies have found that overweight and obese individuals demonstrate dysbiosis and a lower diversity of intestinal microbiota.

Therapies targeting dysbiosis may be effective in promoting weight loss. (6) Changes in microbial composition have also been associated with the development and progression of certain digestive conditions, such as IBD and IBS. (2)(3) It is believed that there may be a variety of underlying mechanisms, including inflammation and alterations in immune function, energy regulation, and hormone regulation. (7)

The intestinal epithelium is the primary point of contact between our immune system and our environment. (1) Research has shown that intestinal bacteria have an important role to play in maintaining homeostasis and regulating immune function. A component of the gut’s protective biofilm, beneficial microbes offer protection against pathogenic microorganisms. (3) 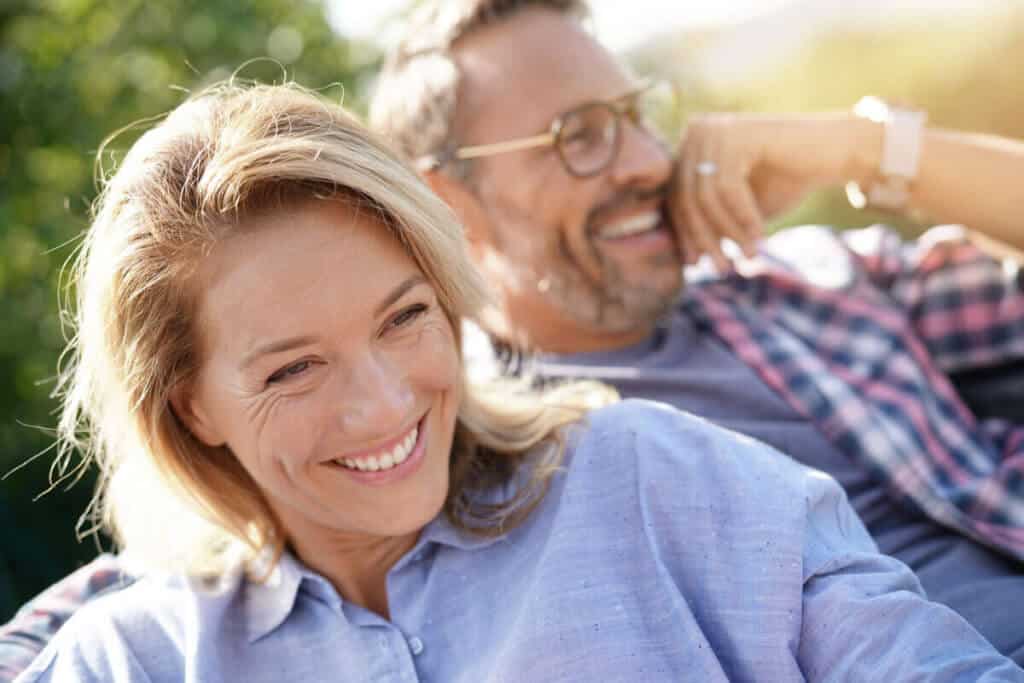 The intestinal epithelium is the primary point of contact between our immune system and our environment.Certain metabolites produced by intestinal bacteria have also demonstrated immune functions. For example, propionate is involved in the regulation of antimicrobial factors produced by immune cells. (2) SCFAs have also been shown to protect against inflammatory disorders, including allergies, arthritis, and colitis. (4) Studies have found that the composition of bacteria in infants and children with allergies differed from those without allergies. (1)

The microbiota can affect neurological function directly and indirectly via the production of vitamins, metabolites, and neurotransmitters, such as GABA, serotonin, and acetylcholine.

The microbiota and the brain communicate bidirectionally, known as the gut-brain axis, which is regulated by the nervous, immune, and endocrine systems. For example, this bidirectional communication is involved in regulating the expression of certain central nervous system (CNS) receptors and circulation levels of tryptophan, a precursor to serotonin. Furthermore, research has shown that modulation of the gut microbiome appears to induce neurological effects related to anxiety, depression, cognition, and stress. (3)

As the gut-brain axis is bidirectional, the brain is also able to send signals to the gastrointestinal system, triggering functions such as mucin production and peristalsis, otherwise known as the migrating motor complex. The impact of the nervous system is also seen with stress, which can impact the intestinal epithelium and its functions, influencing changes in microbial composition. (1)

While it’s clear microbes play an integral role in metabolism, immune function, and nervous system function, research is only just beginning to reveal their impact on overall human health. Understanding the function of the intestinal microbiota and the factors that affect its composition is imperative to addressing related health conditions and developing potential interventions. If you’re a patient, consult your integrative healthcare practitioner for treatment plan guidance.