The anti-inflammatory diet, which promotes the intake of nutrient-rich plant-based foods, has been proposed as a promising therapeutic approach to targeting chronic inflammation and associated health conditions, such as type 2 diabetes and cardiovascular disease. (3)(5) Continue reading to learn about the harmful effects of inflammation and how the anti-inflammatory diet may help.

Inflammation, a crucial biological process (1) regulated by our innate immune system, is most commonly associated with symptoms such as pain, swelling, redness, and heat resulting from injury or cell damage. However, the inflammatory response and healing process actually involves a balance between pro-inflammatory and anti-inflammatory mechanisms that allow our bodies to repair and recover.

The pro-inflammatory response, known as classical inflammation, is an acute mechanism characterized by cellular destruction and common symptoms of pain, swelling, redness, and heat. The anti-inflammatory mechanism, on the other hand, is responsible for the repair and regeneration of cells, helping the body return to homeostasis. (14)

In the past several years, we have seen changes in dietary patterns that may contribute to inflammation and an increase in inflammatory conditions. Three specific dietary trends linked to the increase in silent inflammation include:

Furthermore, research focusing on the role of diet in inflammation and disease has identified foods and nutrients that affect inflammatory pathways and therefore, modulate levels of inflammation in the body. (9)(13)

Components of an anti-inflammatory diet

In addition, the glycemic load (GL) and the composition of omega fatty acids in the diet can impact inflammation. Therefore, two of the most important aspects of the anti-inflammatory diet include maintaining a stable glycemic response and a healthy ratio of omega-3 to omega-6 fatty acids. (5)(11) 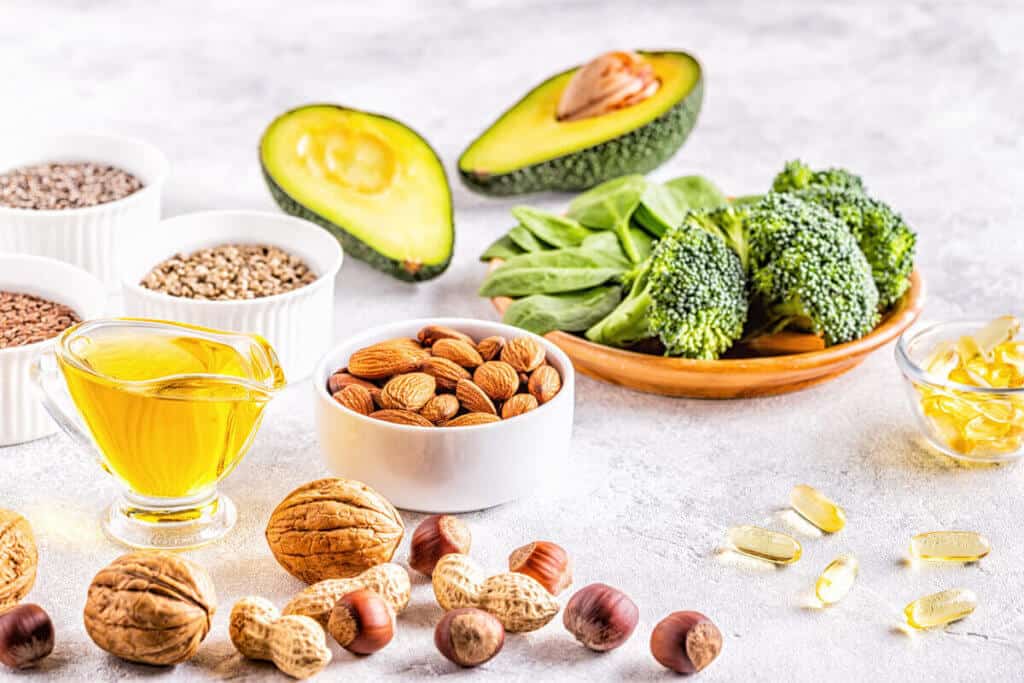 The effects of an anti-inflammatory diet may be attributed in part to a high intake of plant-based foods, such as fruits, vegetables, and whole grains, which are associated with a lower risk of inflammation. Certain bioactive plant compounds, such as carotenoids and flavonoids, appear to be involved in the modulation of inflammatory and immune processes. (9)(16) In particular, flavonoids, found primarily in plant-based foods such as fruits, vegetables, cocoa, and wine, may target inflammation in a number of ways and are shown to have modulatory effects on inflammatory cytokines and C-reactive protein (CRP) concentrations. (9)

The quality of dietary carbohydrates appears to be a determinant of their inflammatory potential. While the consumption of whole grains is a component of the anti-inflammatory diet, refined carbohydrates, such as white flours and sugars, have been associated with increased levels of inflammation. This greater inflammatory potential may be a result of their effect on the glycemic response. Ingestion of refined carbohydrates, typically lower in nutrients and fiber, results in an increased glycemic response, classifying them as high glycemic index (GI) foods.

As high GI carbohydrates appear to contribute to inflammation, carbohydrates included in an anti-inflammatory diet should be composed of non-starchy, low-glycemic vegetables, fruit, and whole grains. These foods provide a high content of polyphenols and help to maintain stable blood sugar and insulin levels between meals. In addition, overeating should be avoided as excess calories in a meal can also raise blood glucose and insulin levels. (14) 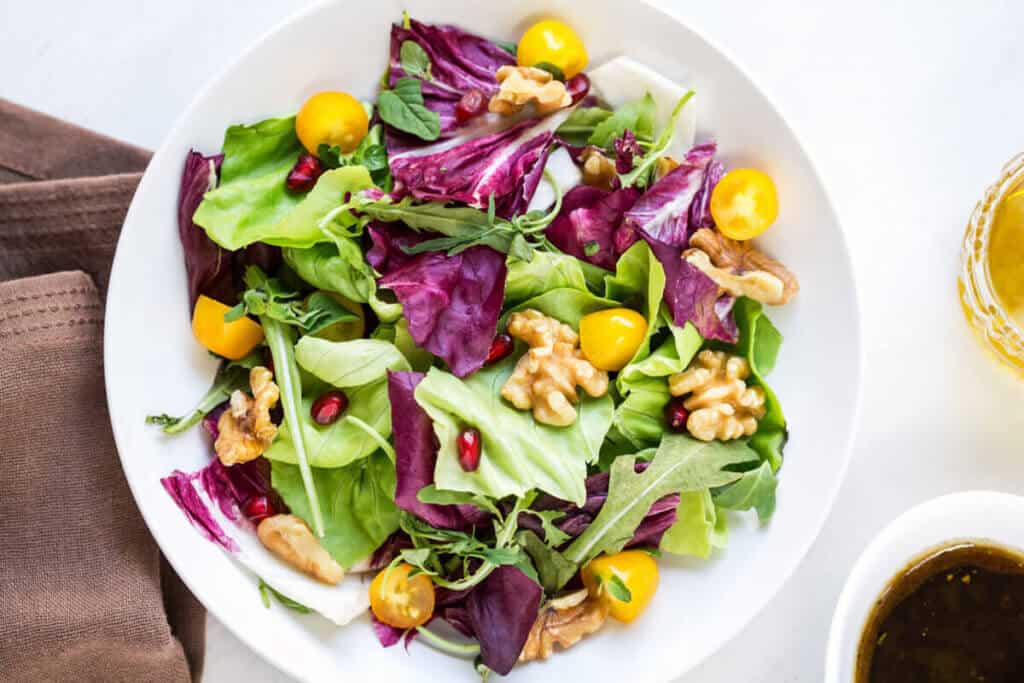 Adding walnuts to your diet can be a great source of omega 3!

Research has shown that the composition of dietary fat in an individual’s diet can also promote or prevent inflammation in the body. There is some evidence that saturated fats, primarily found in animal products, may promote inflammation by binding to the transmembrane protein TLR-4, leading to the activation of the NF-κB pathway and production of inflammatory cytokines. (14)

While saturated fats may play a part in inflammation, much of the research focuses on the role of omega fatty acids, specifically the ratio of omega-3 and omega-6 fatty acids. It was found that the balance of omega-3 and omega-6 fatty acids can affect the eicosanoid formation and the expression of inflammatory genes. (13) Eicosanoids are bioactive signaling lipids involved in the inflammatory response. They are typically produced from arachidonic acid (4), a polyunsaturated fatty acid primarily found in animal foods such as meat, fish, and eggs. (15) Arachidonic acid can also be produced from linoleic acid (12), which is the primary fatty acid found in vegetable oils, such as corn, soy, and sunflower oil. (14)

While omega-6 fatty acids are essential to body functions, the ratio between omega-3 and omega-6 is imperative as research has shown higher blood ratios of AA/EPA is correlated with greater levels of silent inflammation in the body. (5) Eicosapentaenoic acid (EPA) and docosahexaenoic acid (DHA), omega-3 fatty acids, well-known for their anti-inflammatory effects, have been shown to partly inhibit inflammatory mechanisms, including the production of eicosanoids derived from arachidonic acid. These omega-3 fatty acids also produce eicosanoids with lower biological potency and anti-inflammatory resolvins and protectins. (2)

EPA and DHA are primarily found in seafood, particularly fatty fish, such as mackerel, salmon, sardines, and anchovies. Other plant-based foods like flax seeds and walnuts provide ALA, which can be converted to small amounts of EPA and DHA in the body. (10)

An anti-inflammatory diet is also characterized by reductions of inflammatory arachidonic acid-rich animal proteins. However, even individuals adhering to a vegetarian diet may produce excess AA if they are consuming large amounts of omega-6 fatty acids and carbohydrates with high glycemic indexes. (14) Furthermore, as the insulin response is largely connected to inflammation, the balance of protein and the glycemic load of a meal is essential to preventing unhealthy fluctuations in blood glucose. (13) 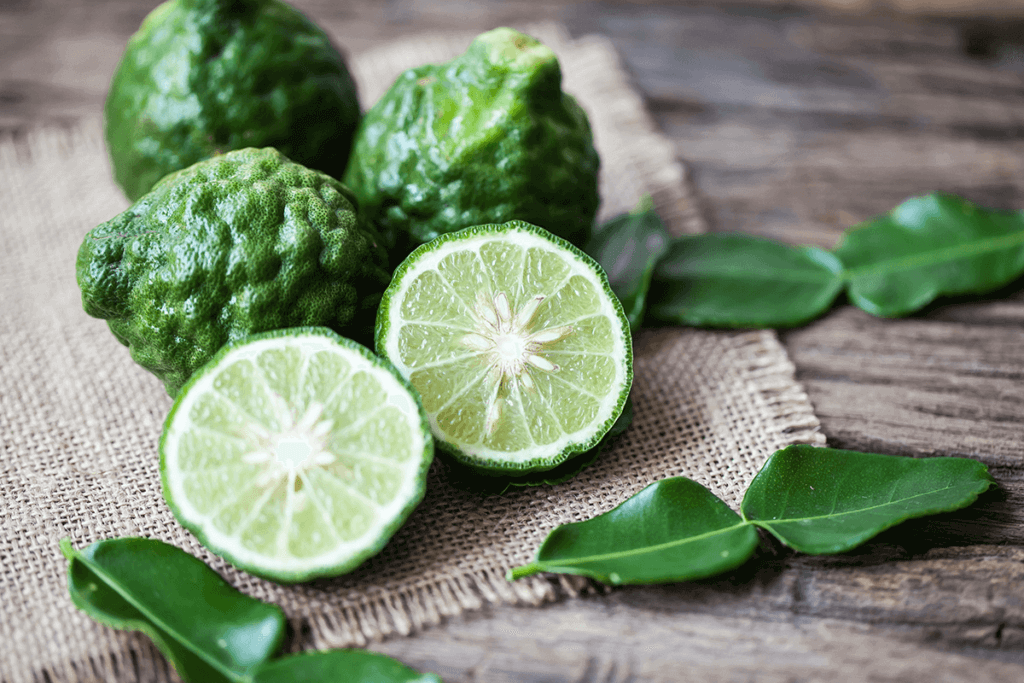 The anti-inflammatory food pyramid can be used as a general guideline when planning your diet.

Outlined below are the foods to enjoy, moderate, and avoid while following the anti-inflammatory diet.