How to Naturally Influence Metabolism

Metabolism does play a role in weight loss and management; however, metabolism is also closely connected to almost every aspect of health. Changes in metabolic pathways in the body are associated with many health issues, ranging from gout and cardiovascular disorders to cancer. Understanding the factors that affect metabolism can help you to lose weight, prevent the risk of certain diseases, and optimize your overall metabolic health. (3)(18)

Metabolism describes all of the processes in the body that consume or produce energy, which generally involves the use of the nutrients glucose (sugar), fatty acids, and amino acids. These nutrients are used in metabolic pathways that maintain energy balance and produce or store molecules containing energy. (3)

For example, glycogenesis is an anabolic process that stores glucose, a simple sugar molecule, in the liver and muscles as glycogen, a more complex molecule. Glycolysis is a catabolic process that breaks down glucose for energy. (3)

The proper functioning of these different metabolic pathways is essential to life as they are responsible for nutrient use and energy production in the body. (3) Lifestyle factors, such as poor dietary and exercise habits, can impact metabolism and potentially contribute to metabolic dysfunctions, such as those seen in metabolic syndrome and obesity. (18)

Did you know? Worldwide, an estimated 1.4 billion adults and 200 million children are overweight or obese. (11)

Metabolic syndrome, sometimes referred to as syndrome X or insulin resistance, is a condition characterized by various metabolic changes, such as insulin resistance, abdominal obesity, hypertension (high blood pressure), and hyperlipidemia (elevated blood level of lipids). Having metabolic syndrome increases your risk of conditions such as coronary diseases, stroke, and type 2 diabetes. (18) 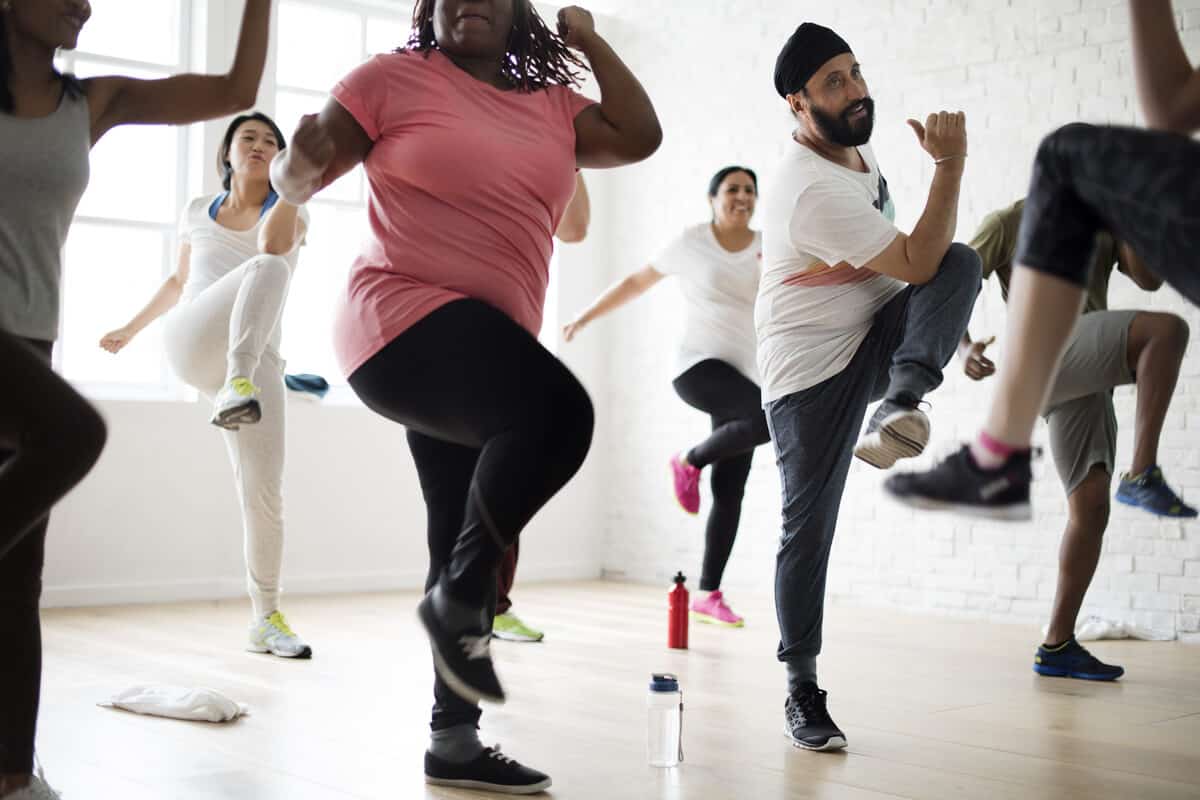 Regular physical activity has been associated with beneficial metabolic changes.

Several methods are used to assess individual metabolism and metabolic health, as well as to help diagnose and manage metabolic disorders.

Basal metabolic rate (BMR) is the amount of energy your body requires to carry out its vital functions at rest, such as respiration and organ function. BMR is considered to be the largest contributor to your total energy expenditure (i.e., calories used) and is often used to determine calorie intake goals in weight loss interventions. (17)

BMR measurement is typically done under strict requirements, including being free from stress, abstaining from exercise for 24 hours, fasting overnight, and being fully rested. (12) BMR measurement devices are not always accessible, and basal metabolic rate calculations are commonly used as an alternative. (6)

Resting metabolic rate, also called resting energy expenditure, refers to the body’s energy requirement in a resting position (i.e., during a non-exercise state). Resting metabolic rate, sometimes confused with BMR, is tested under less strict requirements than BMR. For example, an RMR measurement requires an individual to abstain from exercise for 12 hours prior to the test. (12) 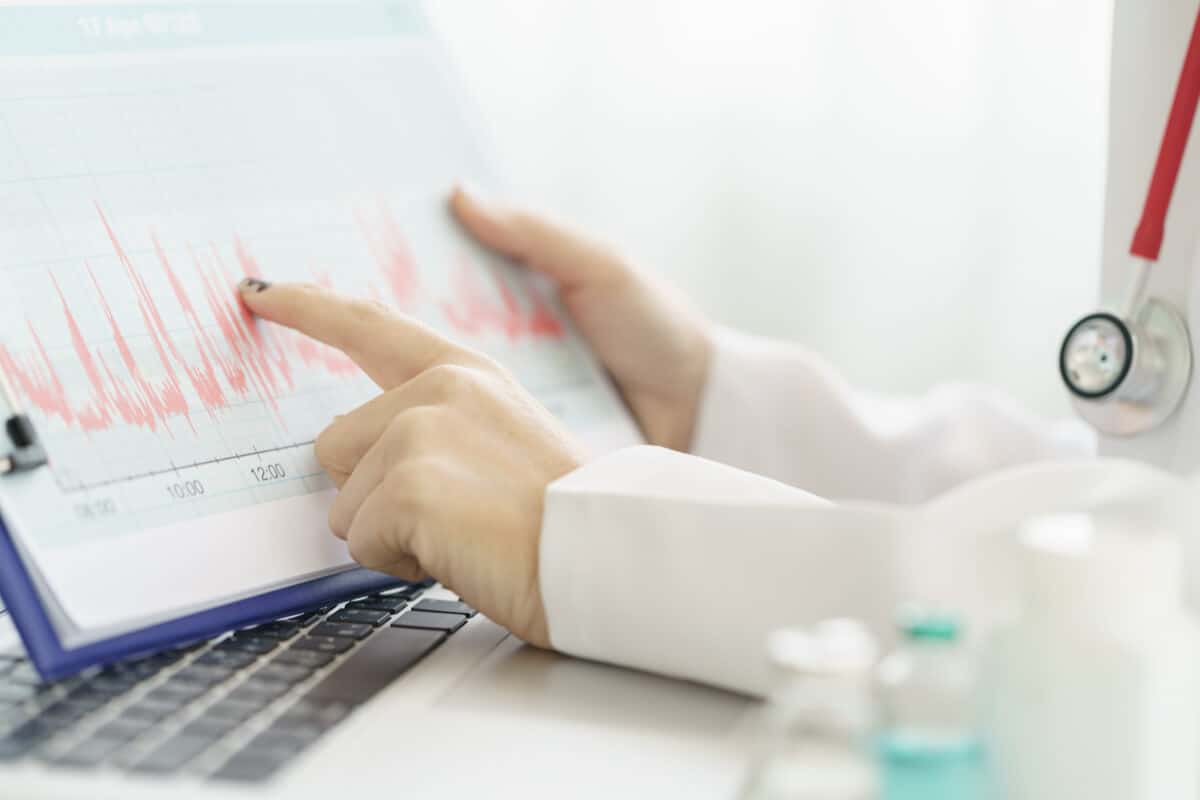 A comprehensive metabolic panel (CMP) is a blood test used to assess functions and processes in the body, such as:

The CMP measures 14 substances in the blood that are involved in metabolic processes, including certain minerals, proteins, enzymes, and waste products. Your healthcare practitioner may order a comprehensive metabolic panel as part of a routine checkup, to monitor medication side effects, or if a metabolic condition such as diabetes, kidney failure, or liver disease is suspected. (21)

There are numerous perspectives on what causes weight gain and obesity. One school of thought, the conventional model of obesity, states that when energy intake (i.e., calories consumed) exceeds energy expenditure, weight gain occurs. (10)(17) As a result, a long-term imbalance between energy intake and expenditure can lead to obesity. (1)(17) This assumption has led to many weight loss approaches based on the directive to eat less and move more, known as the “energy balance” or “calories in, calories out” theory of weight loss. (10)

Another school of thought, the carbohydrate-insulin model of obesity, suggests that a decrease in dietary quality over the last 50 years has contributed to the increasing prevalence of overweight and obesity. According to this theory, consuming a diet high in processed carbohydrates leads to hormonal changes that increase hunger and calorie storage in adipose (fat) tissue and decrease energy expenditure. Based on the carbohydrate-insulin model of obesity, weight loss approaches should focus less on the quantity of calories consumed and more on diet quality by reducing the intake of processed carbohydrates. (10)

Having a fast metabolism vs. a slow metabolism: does it affect your weight?

The researchers propose that lifestyle factors, such as dietary changes, medications, and exercise programs, influence weight more than an individual’s basal metabolic rate. However, other studies with conflicting results have found that basal metabolic rate and 24-hour energy expenditure do predispose an individual to gain weight. (1) In the end, certain lifestyle modifications may be used to both increase metabolism and manage weight.

How to increase metabolism

Certain dietary and lifestyle changes can support your metabolism. For example, research has examined foods that increase metabolism by increasing thermogenesis, a process in the body that converts energy to heat. Components found in these foods may regulate the activation of certain fat cells, increase thermogenesis, and improve metabolism, thereby helping to prevent metabolic conditions such as diabetes and obesity. (15) Other lifestyle factors that can help support metabolism include overall dietary patterns, physical activity, sleep, and supplementation.

Capsaicin, found in hot chili peppers, and capsinoids, found in non-pungent red peppers, are active components that have been found to increase energy expenditure and fat oxidation (the use of fat for energy). (15)

High-protein diets have been associated with reducing body weight, improving body composition (i.e., reducing fat mass while preserving fat-free mass), as well as maintaining weight loss in studies of up to twelve months. These effects may be due to metabolic changes in the body, such as increased resting metabolic rate and diet-induced thermogenesis, which refers to the amount of energy used during nutrient absorption, metabolism, and storage. (13)

According to the carbohydrate-insulin model of obesity, a low-glycemic load diet may result in greater weight loss than calorie restriction. Glycemic load is a measure that indicates how different foods affect blood glucose levels after their consumption. A high-glycemic load diet, including a high intake of sugar, refined grains, and potatoes, results in several metabolic changes that may slow metabolic rate and lead to weight gain, such as increased insulin levels and calorie storage in fat cells. (10)

To decrease the glycemic load of your diet, minimize your intake of processed and refined carbohydrates. Choose low-glycemic carbohydrates, such as: 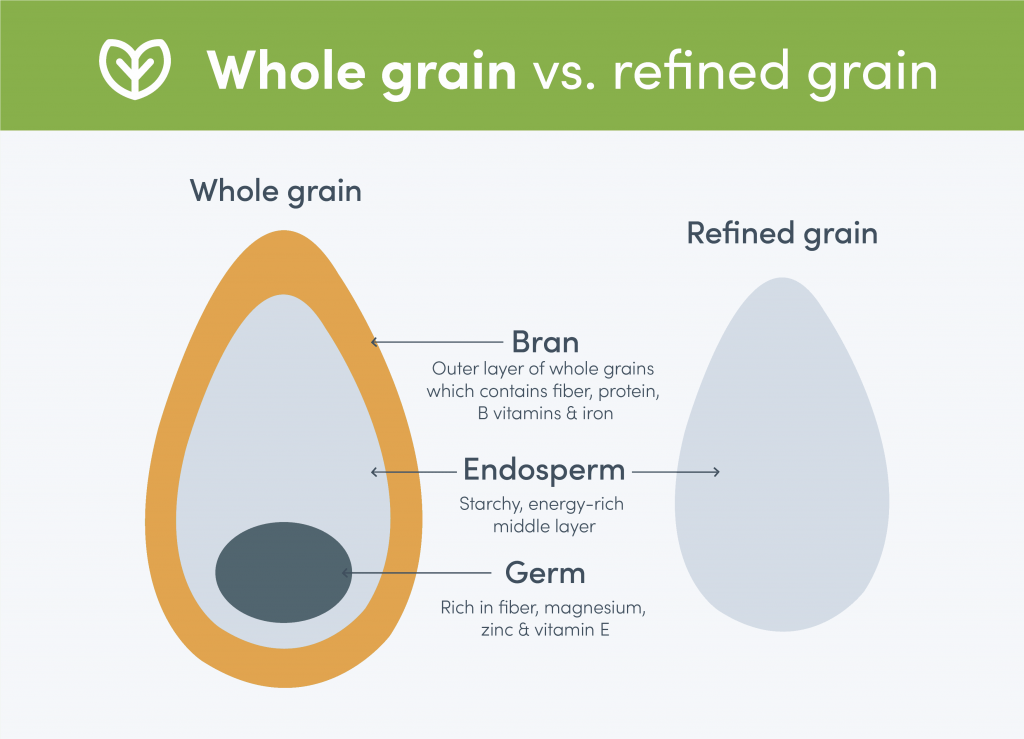 Whole grains are rich in fiber, vitamins, and minerals.

A study that examined the effects of water consumption on body composition and weight in overweight women found that increasing water intake was associated with weight loss and decreased fat mass, independent of diet and physical activity. (19) Consuming 16 oz (500 ml) of water prior to a meal may reduce your intake of calories during a meal and support weight loss efforts. (4)

Having a sedentary lifestyle can increase your risk of metabolic syndrome, diabetes, and obesity. (2)(18) On the other hand, regular physical activity has been associated with beneficial metabolic changes, such as increasing the number of mitochondria in muscle fibers, reversing insulin resistance in muscles, and reducing fat production in the liver following a meal. (18)

A type of exercise known as high-intensity interval training (HIIT) has been shown to support metabolism by increasing cardiovascular and muscle adaptation, changes that increase the body’s physical capacity and efficiency. HIIT programs involve short bursts of high-intensity activity, typically aerobic exercises, with periods of rest or low-intensity exercise. (5)

Did you know? According to the Centers for Disease Control and Prevention, 38% of U.S. adults with diabetes get less than ten minutes per week of vigorous or moderate activity during each activity category of work, transportation, and leisure time. (2)

Sleep plays an important role in energy metabolism, and sleep deprivation has been associated with an increased risk of weight gain and obesity. One trial assessed the effects of five days of insufficient sleep on energy intake and expenditure. The study found that sleeping for only five hours per night was associated with increased food intake and weight gain, while sleeping for nine hours per night was associated with decreased food intake, particularly sources of fats and carbohydrates, and slight weight loss. (11) 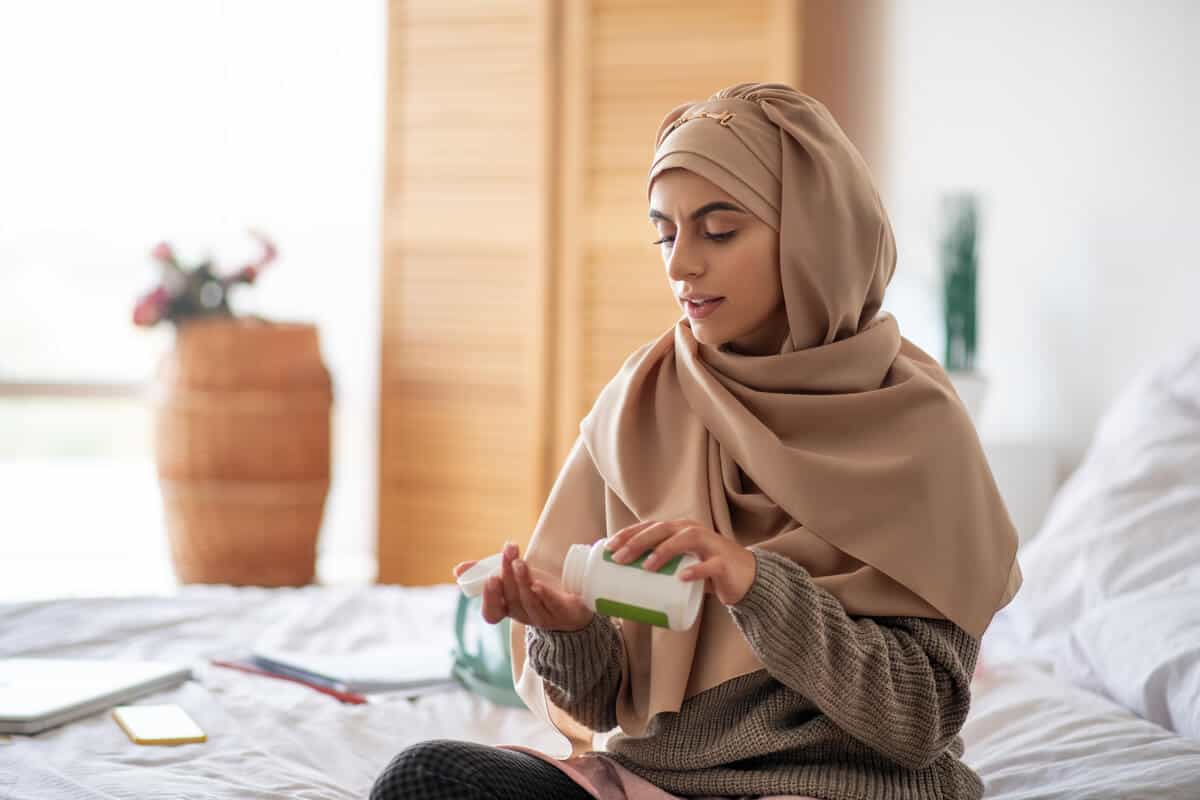 Fish oil supplements, a source of omega-3 fatty acids, have been shown to improve metabolic markers such as blood lipid levels, energy expenditure, and glucose levels. (15) The polyphenol resveratrol, a compound found in grape skins and red wine, may increase thermogenesis and cellular respiration, a metabolic process that converts energy from food into energy used by cells in the body. However, clinical trials of resveratrol supplementation are needed to determine these effects in humans. (15)

Lastly, B vitamins play important roles in energy metabolism, including the release of energy from foods and the metabolism of carbohydrates, fats, and proteins. (7) Low levels of vitamin B9 (folic acid) and B12 (cobalamin) have been found in individuals with metabolic syndrome, (14) and studies in individuals with metabolic syndrome suggest that vitamin B3 (niacin) and B12 supplementation may improve metabolic markers such as blood lipid levels. (16) If you’re a patient, consult your integrative healthcare practitioner before supplementation.

Metabolism involves various processes in the body that include anabolic, catabolic, and elimination pathways. (3) A healthy metabolism is essential for energy production, energy balance, (3) weight management, and prevention of conditions such as metabolic syndrome and obesity. (18) Follow the tips in this article to help optimize your metabolic health.