SIBO: What the Science Says

If you suffer from chronic gastrointestinal issues such as diarrhea, abdominal pain, and bloating, you may have a bacterial imbalance in your gut. Small intestinal bacterial overgrowth, commonly referred to by its acronym SIBO, has gained attention in recent years as a potential cause of many gastrointestinal complaints. Although poorly understood, emerging research has provided some insight into the best treatment approaches for SIBO. (4)

Continue reading to learn the signs, symptoms, and common causes of SIBO, as well as how to address this condition.

SIBO is a chronic intestinal disorder characterized by excessive amounts of bacteria in the small intestine. Under normal conditions, the upper small intestine contains less than 103 organisms/mL, primarily composed of Gram-positive bacteria. (4) In cases of SIBO, the bacterial population in an individual’s small intestine, specifically within the proximal jejunum, exceeds 105–106 organisms/mL. (1)(4)

Bacterial dysbiosis related to SIBO may contribute to epithelial tight junction dysfunction and increased intestinal permeability, resulting in permeation of endotoxins and production of proinflammatory cytokines. (3) 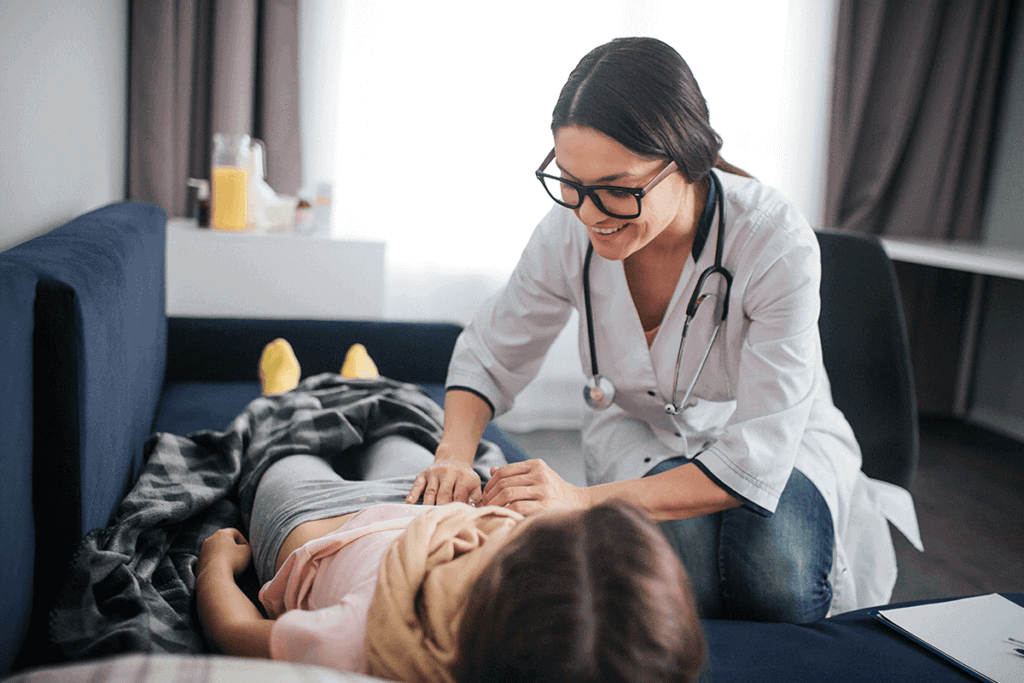 SIBO is a digestive condition characterized by excessive amounts of bacteria in the small intestine.

Symptoms of SIBO, which may vary between individuals, (4) are non-specific and often overlap with a number of other associated disorders, making it difficult to determine the true prevalence of the condition. (4)(8) It has also been suggested that the extent of mucosal inflammation, the degree of overgrowth, and composition of microbes found in the small intestine play a significant role in the severity and type of symptoms experienced. SIBO typically presents with fatigue, weakness, (4) and a number of gastrointestinal symptoms, such as abdominal pain, abdominal distension, bloating, flatulence, and chronic diarrhea. (1)(4)

SIBO may also result in malabsorption of micro- and macronutrients, nutrient deficiencies (e.g., fat-soluble vitamins, vitamin B12, iron), (1)(4) and other complications. Complications and extraintestinal manifestations of SIBO may include:

The development of SIBO can be attributed to a disruption in the homeostatic mechanisms regulating commensal intestinal microflora. Inadequate gastric secretion (hypochlorhydria) and small intestine dysmotility are the two most common factors that predispose individuals to bacterial overgrowth. (4)

Other factors that have been shown to increase an individual’s susceptibility to SIBO include:

Intake of carbohydrates, such as fructose, lactose, and fermentable oligo-, di-, monosaccharides and polyols (FODMAPs), fiber, prebiotics, and probiotics have also been shown to alter the intestinal microbiota and may, therefore, increase the risk of developing SIBO or exacerbate its symptoms. (3)

While SIBO is often difficult to recognize due to its non-specific symptoms, certain laboratory tests have improved our ability to diagnose the condition. (4) Common diagnostic tests available for SIBO include bacterial cultures, which involve collecting information on anaerobic and aerobic colony counts in the small intestine, and hydrogen breath tests. Due to challenges with bacterial cultures, hydrogen breath tests for various substrates, such as lactulose, glucose, lactose, and fructose, have become the predominantly used testing method. (3)(4)(5)

Currently, the treatment strategy for SIBO typically involves identifying and addressing the underlying cause, treating the overgrowth of bacteria and associated symptoms, and correcting nutrient deficiencies. (1) In addition to identifying the underlying cause and correcting nutritional deficiencies, an integrative approach to SIBO treatment may utilize antimicrobials to address bacterial overgrowth and incorporate dietary interventions. (4)

Identify the underlying cause

As previously outlined, there are a number of possible factors that may contribute to the development of SIBO, such as structural, anatomical, or functional abnormalities of the gastrointestinal tract, several health conditions (e.g., IBS, motility and metabolic disorders), impaired immunity, and certain medications. (4) Identifying the underlying cause of the overgrowth will inform and impact the optimal approach to treatment. 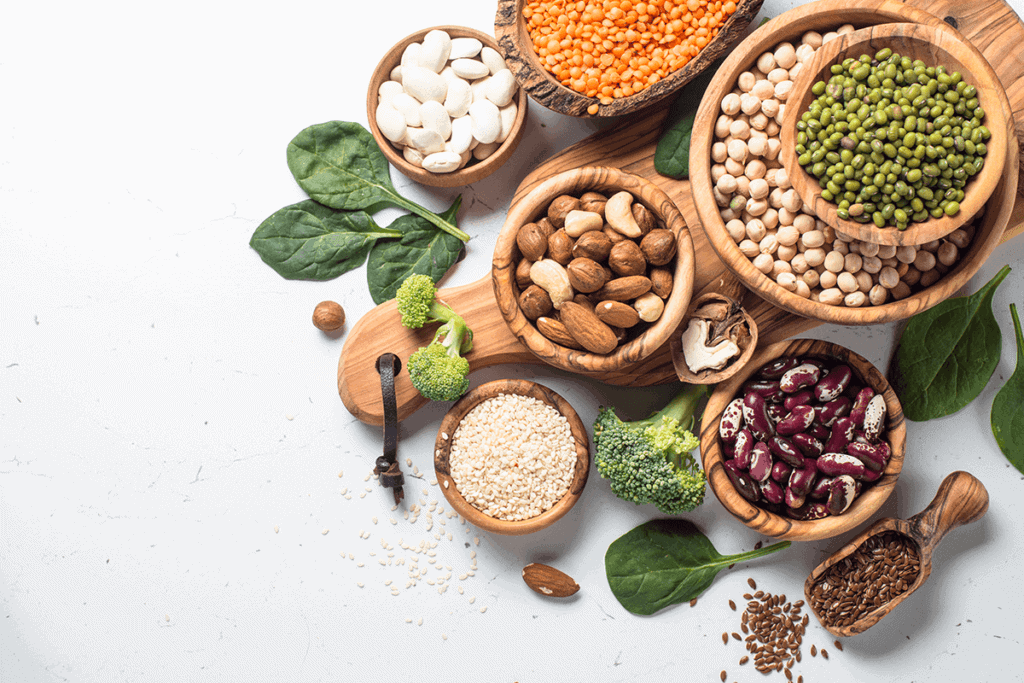 A low-FODMAP diet may be beneficial as intake of these foods has been identified as a possible factor contributing to the development of SIBO.

In cases of SIBO, FODMAPs may be fermented by bacteria in the small intestine leading to digestive symptoms commonly associated with the condition, including abdominal pain, bloating, and flatulence. It has been theorized that these symptoms may be improved by restricting carbohydrate intake. (6) Therapeutic diets that limit carbohydrate intake, such as the low-FODMAP diet, the Specific Carbohydrate Diet (SCD), and the Gut and Psychology Syndrome (GAPS) diet, have been proposed as a method to eradicate SIBO. While these diets may be beneficial in some patients, limited evidence examining their effectiveness is currently available. (7)

In severe cases of SIBO, a liquid elemental diet (ED) may be considered. First used for treating wasting syndromes and gastrointestinal disorders such as Crohn’s disease and eosinophilic esophagitis, the elemental diet consists of water and an easily absorbed elemental formula typically composed of amino acids, medium-chain triglycerides, simple carbohydrates, sugars, and essential vitamins and minerals. It has been hypothesized that the mechanism by which this diet targets SIBO involves starving small intestinal bacteria by restricting carbohydrate intake and facilitating healing of the GI tract. However, further research is necessary to fully understand the mechanism of action for the ED. (7)

Furthermore, while the ED meets energy requirements and provides all necessary nutrients, compliance may be low due to feelings of dietary restriction, taste, blood sugar dysregulation, and certain digestive symptoms (e.g., constipation). (7)

Antibiotics, such as rifaximin, are most commonly used to treat overgrowth with varying success, (1)(3) however, long-term or frequent use of antibiotics can be costly and may induce adverse effects on the intestinal microbiome. It has been suggested that herbal antimicrobials may be an effective treatment option for bacterial overgrowth. A number of herbs have demonstrated antimicrobial activity, such as oil of oregano, wormwood, Coptis root, thyme, red thyme, field horsetail, olive leaf, and berberine extracts. (3) 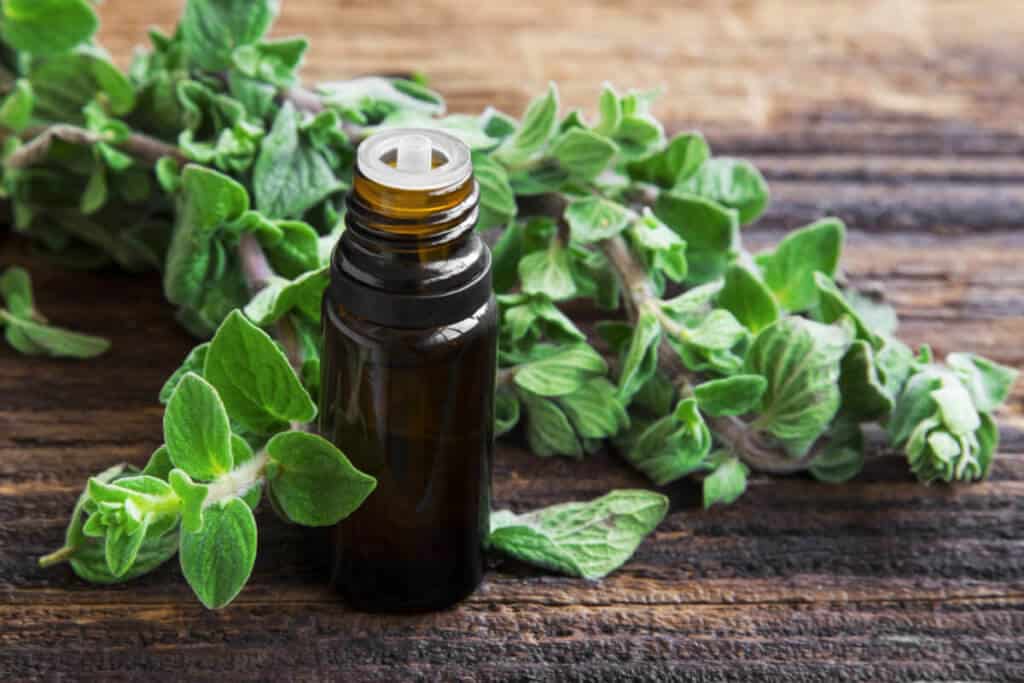 Certain herbal antimicrobials, such as oil of oregano, have been shown to be as effective as antibiotic treatment. One four-week study examined the effects of rifaximin compared to herbal therapy in 104 patients with SIBO, diagnosed by a lactulose breath test (LBT). Patients were given a dose of rifaximin three times daily or two capsules of commercial herbal preparations twice daily.

Following treatment with antibiotic or herbal regimens, another lactulose breath test (LBT) was conducted to determine the effects of the intervention. Results demonstrated that 46% of individuals receiving the herbal therapy and 34% of individuals receiving rifaximin had negative follow-up LBTs, indicating similar effectiveness of antibiotic and herbal therapies in SIBO treatment.

Furthermore, patients who did not respond to antibiotic treatment were offered an herbal rescue therapy or triple antibiotics. Similarly, comparable response rates were observed between individuals receiving antibiotics (60%) and those receiving the herbal intervention (57.1%). (3)

Focus on prevention of recurrence

Prevention of recurrence is essential as relapse rates following SIBO treatment are high. In one study, the recurrence of SIBO following successful rifaximin treatment was found to be 44%. (2) Correcting underlying conditions and minimizing risk factors related to SIBO can help prevent recurrence. (7) Additionally, a number of protective factors that may reduce the risk of developing SIBO have been identified, including:

An integrative approach to SIBO treatment should involve identifying any underlying causes, treating the bacterial overgrowth, correcting nutrient deficiencies, and preventing recurrence. The conventional approach to bacterial overgrowth eradication typically involves the use of pharmaceutical antibiotics, however, herbal antimicrobials and several carbohydrate-restricting diets have also been proposed as therapeutic interventions. While preliminary evidence suggests that herbal antimicrobials may be as effective as antibiotics, further research is needed to clearly identify effective ingredients and dosing. If you’re a patient, speak to your integrative healthcare practitioner for treatment recommendations.