Elemental diets have been used in the treatment of various gastrointestinal conditions, such as Crohn’s disease, eosinophilic esophagitis, and, more recently, small intestinal bacterial overgrowth. (4) The diet has also been used post-operatively and in other situations to promote nutritional recovery and prevent wasting. (4)(15)

This article will provide an overview of the elemental diet and elemental diet products, as well as their evidence-based applications, potential side effects, and other important considerations. 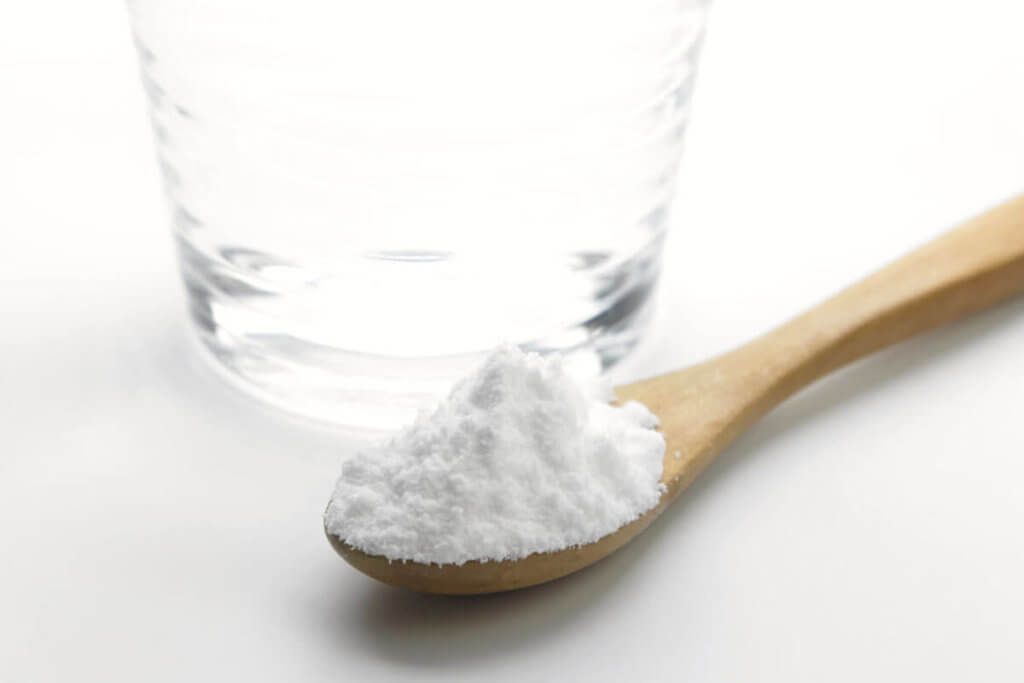 Elemental diets may be delivered orally or by parenteral administration.

What is an elemental diet?

When following an elemental diet (ED), individuals consume only water and an elemental formula, delivered orally or by parenteral administration (e.g., by injection). An elemental formula fulfills all nutritional and caloric needs in the form of easily absorbable predigested nutrients, including:

In addition to being easily absorbed in the small intestine, elemental formulas are also typically hypoallergenic. These features allow the gastrointestinal tract to “rest and repair” itself, providing therapeutic benefits for a number of conditions. (4)

Clinical applications of the elemental diet

The ED has been used in the treatment of certain gastrointestinal conditions, such as Crohn’s disease and small intestinal bacterial overgrowth (SIBO), and other conditions in which individuals are susceptible to poor nutritional status and wasting.

The ED has been shown to be beneficial in cases of inflammatory bowel disease, such as Crohn’s disease, by supporting the healing of gastrointestinal inflammation and improving the nutritional status of patients. (3) In one 12-week study, patients with Crohn’s disease who followed an ED demonstrated improvements in nutritional status, plasma amino acid levels, and disease activity. (7)

Another retrospective study examined both the immediate and long-term effects of an ED in 113 individuals with acute Crohn’s disease. The ED induced remission in 96 (85%) of these patients. Following the intervention, relapse rates were measured over five years. Within six months, 22% of patients who experience successful remission relapsed, and the relapse rate thereafter was 8-10% per year. The study also noted that individuals with certain complications of Crohn’s disease (e.g., fistulas and perianal involvement) relapsed earlier, and that remission rates were comparable to those seen following steroid treatment. (17)

Acute episodes of Crohn’s disease are typically treated with steroids (e.g., prednisolone), other immunosuppressive medications, and/or surgery. (13) For this reason, several studies have examined the effectiveness of the ED compared to steroid treatment. Results of these studies have consistently concluded that the effectiveness of the ED is comparable or superior to treatment with steroid medications in improving disease activity, reducing inflammation, and initiating remission of the condition. (1)(8)(9)(11)(13) 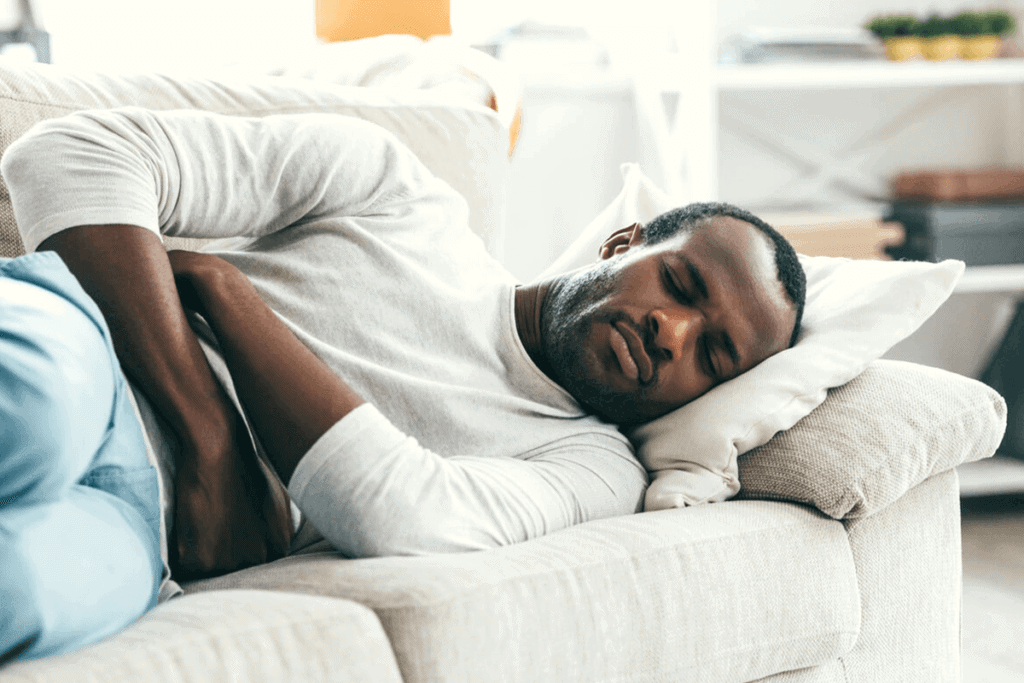 Elemental diets have been used in the treatment of various gastrointestinal conditions, such as Crohn’s disease and SIBO.

Small intestinal bacterial overgrowth (SIBO) is a gastrointestinal condition characterized by the presence of bacteria in the small intestine. SIBO symptoms are similar to those experienced by patients with irritable bowel syndrome (IBS), such as bloating, pain, chronic diarrhea, and weight loss. (4)

Studies examining the effects of the ED have noted reductions in the number, but not the diversity of intestinal bacteria following the diet. (4)(14) It has, therefore, been hypothesized that the ED may be effective in treating SIBO by restricting the intake of fermentable carbohydrates and eradicating bacteria found in the small intestine. (4)

Preliminary evidence appears to support this hypothesis. One trial studied the effects of an ED in 93 patients with IBS and SIBO, indicated by abnormal lactulose breath test (LBT) findings. Results demonstrated normalization of LBTs and an improvement in bowel symptoms in 80% of patients after 15 days and in 85% of patients after 21 days. These results were superior to those obtained from rifaximin treatment, a widely-used antibiotic treatment, and from treatment with antimicrobial herbs, a common practice in integrative medicine. (4)(14)

Post-operative and perioperative use of the elemental diet

The ED has been used post-operatively to improve patient outcomes following surgeries that can result in gastrointestinal malabsorption and malnutrition. For example, EDs may reduce weight loss, the occurrence of complications, and the duration of hospital stays, as well as improve recovery and nutritional status in elderly patients following gastrectomy procedures. (10) ED therapy following pancreatoduodenectomy may also improve lymphocyte counts, reduce neutrophil-to-lymphocyte-ratio, and prevent complications associated with surgery. (6)

Additionally, the ED may be effective when used perioperatively, around the time of surgery. One study found that patients undergoing laparoscopic colectomies who followed an ED from the day before to three days after surgery recovered faster than those following a conventional perioperative diet. (16) 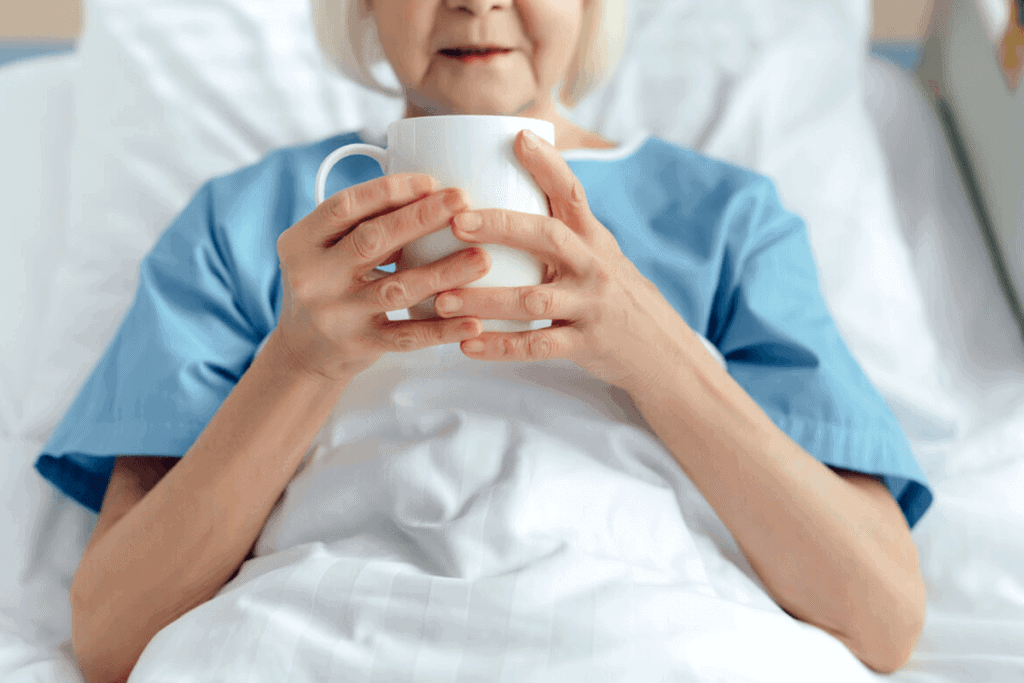 The elemental diet may be used before and after surgery to improve recovery.

As previously noted, the ED has been used for various gastrointestinal conditions and other conditions in which individuals are susceptible to poor nutritional status and wasting. In addition to the uses outlined above, some preliminary research in humans has demonstrated the benefits of the ED in cases of type 1 refractory celiac disease, (12) eosinophilic oesophagitis, (18) pouchitis, (5) and radiotherapy‑ or chemo radiotherapy‑induced oral mucositis. (2)

While the ED is well-tolerated in most cases, some individuals may experience symptoms of blood sugar dysregulation and certain digestive symptoms, such as constipation. (4) Unfortunately, due to these potential side effects, poor palatability, and the restrictive nature of the diet, compliance with the diet can be low. (4)

Considering an increasing body of research is demonstrating the effectiveness of the elemental diet for a number of conditions, it may be considered as an alternative therapeutic option to more conventional interventions, such as steroids, antibiotics, or other restrictive diets. If you are a patient, consult your integrative healthcare provider for further information and guidance before starting an ED.