With approximately one-third of the adult population worldwide struggling with insomnia, it’s essential that we determine effective tools and strategies to support sleep and maintain quality of life. (6) Valeriana officinalis, commonly known as valerian root, is a well-known sleep remedy that has been used for medicinal purposes for centuries, its use dating back to ancient Roman and Greek civilizations. Valerian was even used during World War II to soothe anxiety and stress caused by the air raids happening in England at the time. (26) Over the years, it has been most commonly used to treat insomnia and as a sedative for individuals struggling with anxiety. (25) Today, valerian root is one of the most commonly used medicinal herbs for promoting sleep quality in Europe and the United States. (6)

Continue reading to learn more about valerian, including valerian root benefits and side effects. 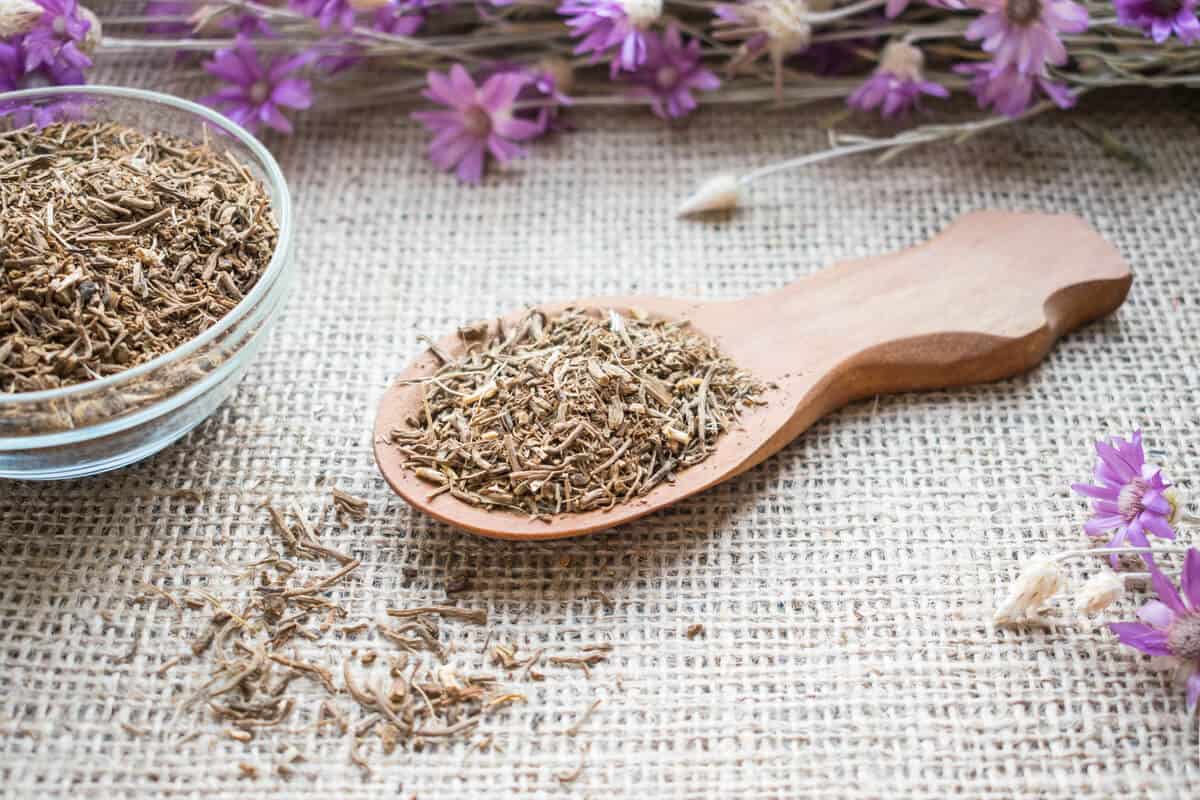 What is valerian root?

Valerian is a flowering herb native to Asia and Europe, but it is now grown all over the world. In optimal growing conditions, a mature plant can grow up to five feet tall, bearing delicate pink and white flowers. The strong root system of this plant is the part most commonly used as a medicinal remedy. There is no shortage of ways to consume the relaxing herb; it is available as valerian root tea, tinctures, capsules, or tablets. The root itself contains several active compounds, such as valerenic acid, isovaleric acid, and antioxidants, which are believed to be responsible for its health benefits. (3)(14)

Valerian root is consumed for its numerous benefits of increasing well-being and sleep quality. The specific mechanism in which valerian root calms anxiety and promotes a restful sleep is largely unknown, but research suggests that it could be due to the effect it has on gamma-Aminobutyric acid (GABA) transmission and receptors. (5)(18) GABA is an amino acid that acts as a neurotransmitter in the brain, a chemical messenger that communicates between the brain and the nervous system. GABA is commonly known for its ability to induce a calming effect in the body. (32) Studies have shown that low levels of GABA can be related to symptoms of anxiety and poor sleep quality. (22)(37)

Valerian contains a number of compounds that may help promote rest and relaxation. Specifically, the valerenic acid found in valerian root has been studied for its ability to inhibit the breakdown of GABA in the brain, promoting relaxation. (3)(14) Additionally, hesperidin and linarin are antioxidants found in valerian that have shown to promote a good night’s sleep. (12) 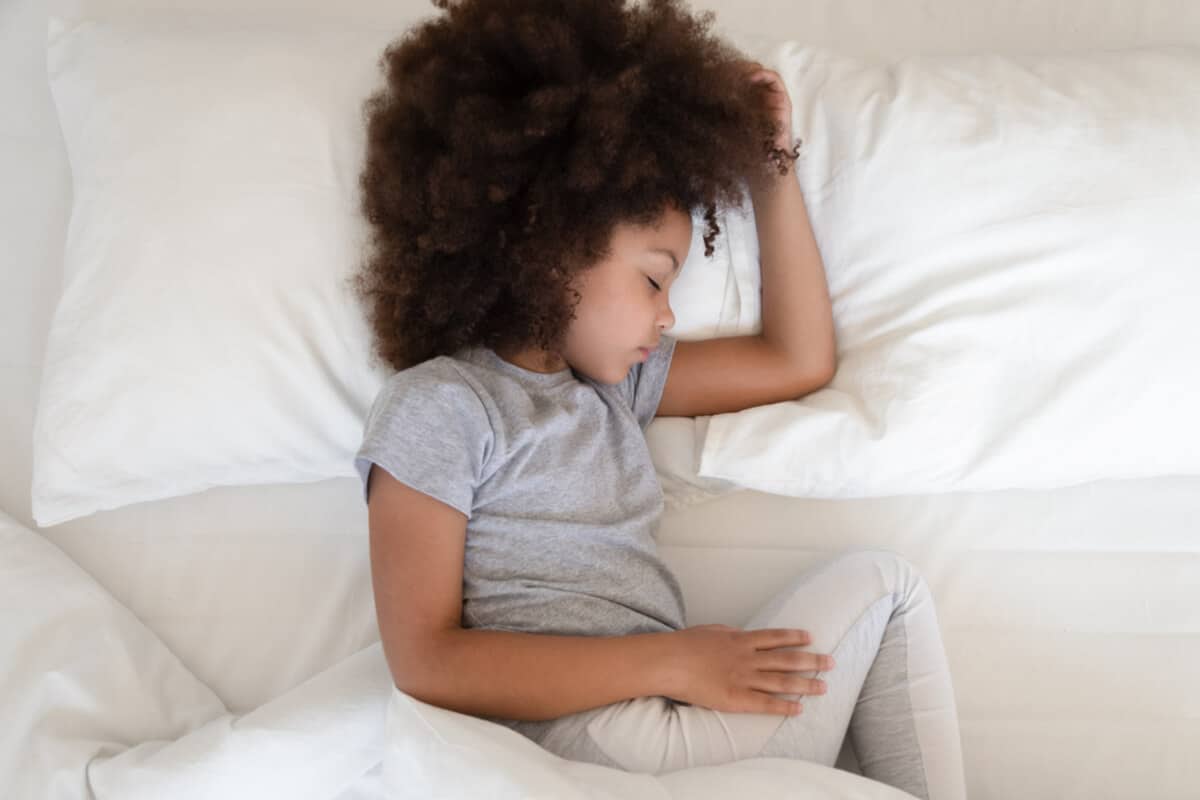 Valerian can be an effective remedy for improving sleep disturbances and reducing sleep latency.

Approximately 30% of the adult population around the world experiences recurring insomnia, impairing both physical and cognitive functioning and affecting overall well-being. (31) If you struggle with insomnia or other sleep issues, consuming valerian root as a remedy may be effective for improving sleep quality and duration. (6) Valerian may be effective in improving overall sleep quality, with one study showing that 44% of participants reported perfect sleep and 89% reported an improvement in their sleep disturbances. (21) Research has shown that therapeutic doses of valerian root can also reduce sleep latency, the time it takes for an individual to fall asleep, in individuals struggling with mild sleep disturbances and insomnia. (2)(10)(20)

Valerian root has also been studied for its effects specifically on women who are struggling with sleep disruptions related to menopause and postmenopause, concluding that valerian may be an effective remedy for reducing sleeping disturbances related to these stages of life. (33)(34) 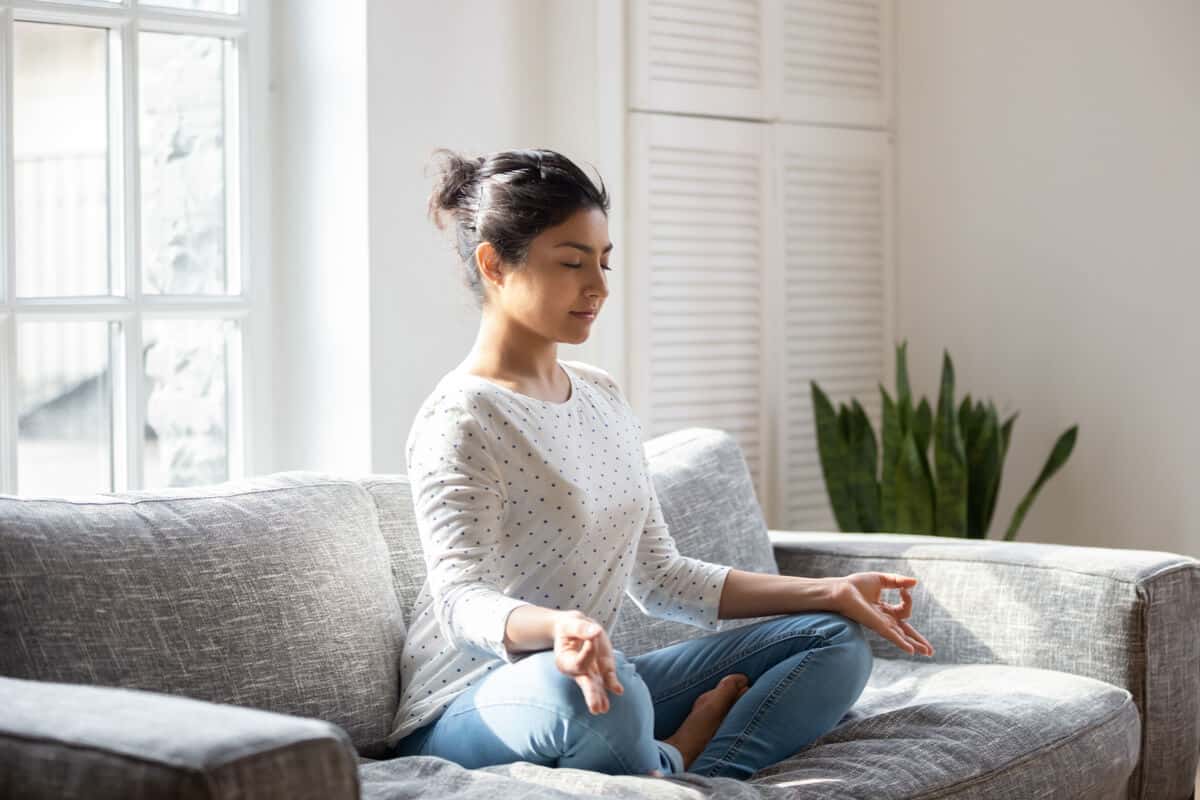 Valerian root supplementation has been shown to reduce symptoms related to stress and anxiety.

Valerian for anxiety and stress

Stress and anxiety are likely to affect us all at some point in our lives. Numerous studies have examined valerian root’s ability to reduce anxious feelings related to stressful events in our lives, suggesting it may be an effective alternative to anxiolytics (anti-anxiety medication), perhaps with a reduced risk of associated side effects. (7)(9)(24) One study examined the anxiolytic properties of valerian when combined with lemon balm and concluded that consuming these two herbs together may have anti-anxiety effects. (17) On its own, valerian extract has been shown to effectively reduce symptoms in individuals who struggle with generalized anxiety disorder. (1)

Valerian root may also benefit individuals with obsessive-compulsive disorder (OCD), a common neuropsychiatric condition associated with anxious behaviors. The effect of valerian on OCD may be attributed to its GABA-regulating properties. One eight-week double-blind, randomized trial found that individuals supplementing with valerian demonstrated anti-obsessive and anti-compulsive effects after therapeutic dosing. (27)

Other benefits of valerian root

While sleep and anxiety are the most widely studied applications of valerian, this medicinal herb may also provide other benefits, including:

Research suggests that valerian supplementation appears to cause few side effects when used for both sleep disturbances and anxiety. Valerian root extract has specifically been studied for its potential side effects on alertness, concentration, and reaction time. (36) A randomized controlled, double-blind trial concluded that individuals who consumed valerian root extract before bed didn’t appear to be impaired upon awakening the next morning. (19) Additionally, valerian has been shown to decrease withdrawal side effects from benzodiazepines, a class of medications used to treat insomnia. (29)

Valerian root has also been shown to have limited to no evidence of clinical interactions. When used therapeutically for patients undergoing cancer therapy or taking anti-cancer drugs, valerian presented no relevant interactions. (16) Valerian has also been shown to have little to no effect on specific drug-metabolizing enzymes needed to metabolize certain medications such as dextromethorphan and alprazolam, suggesting it may be safe to consume with certain pharmaceuticals. (11)

If you are pregnant or breastfeeding, have a pre-existing medical condition, or are taking a pharmaceutical medication, please contact your integrative healthcare professional if you are considering adding valerian root supplementation to your routine.

Used for centuries in places all around the world, valerian root’s historical use as a calming remedy is supported by modern-day research. Whether you struggle with getting a good night’s sleep, generalized anxiety, or hormonal challenges such as PMS or menopause, valerian may be effective in improving symptoms and supporting optimal quality of life.