A Soothing Idea: How Slippery Elm Benefits Your Gut

Slippery elm, scientifically referred to as Ulmus rubra, is a medicinal herb that is derived from the slippery elm tree. (11) The tree is native to North America (10) and is also commonly known as red elm or Indian elm. (11) This popular herb has been used to address gastrointestinal health concerns (7) and upper airway inflammatory conditions. (11) As a dietary supplement, it can be found in a variety of forms, including slippery elm lozenges, tablets, capsules, teas, and powder. (11) The inner bark of slippery is what’s dried and powdered for medicinal purposes. (11) When slippery elm powder is mixed with water, it bulks up to form a thick gel-like substance, which is where it gets its name from. (11)

What does slippery elm contain?

The key components of slippery elm that give it its many benefits are the mucilage and tannins. (11) Slippery elm is predominantly composed of mucilage- which is the component responsible for creating that gel-like substance when it is mixed with water. (11) About 3% of slippery elm contains tannins, which helps tissues of the body (e.g., skin) to contract and enhance its protective layers of defense, by not allowing pathogens to enter as easily. (11) 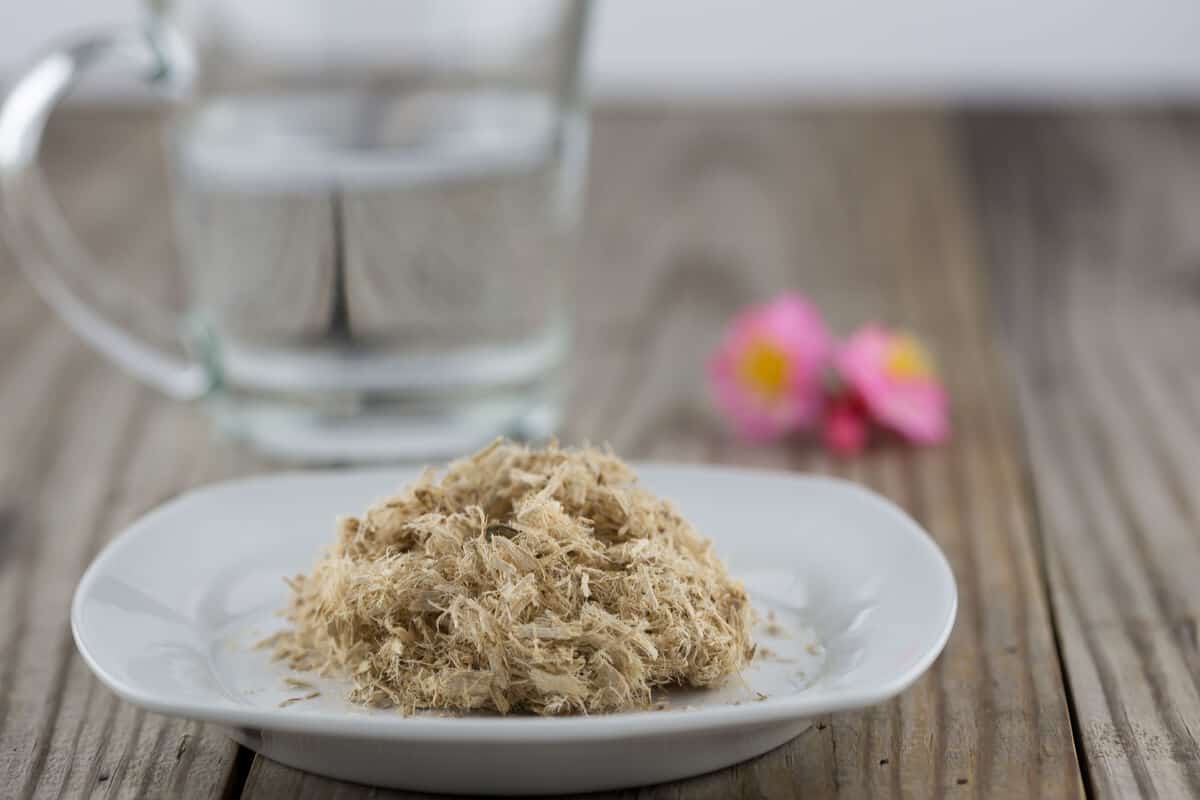 Slippery elm forms a gel-like substance when mixed with water.

The thick gel that slippery elm forms when mixed with water allows it to act as a demulcent (11), a substance that forms a protective coating over mucous membranes, such as those in the mouth and throat, thereby helping to soothe irritated tissues. (11) As a result, slippery elm has been used to improve a wide range of conditions involving irritated and inflamed tissue, ranging from a sore throat to ulcerative conditions. (7)(11)

A clinical trial found that a natural formulation that consisted of a mixture of dried powdered slippery elm bark, lactulose, oat bran, and licorice root helped to improve symptoms in people with irritable bowel syndrome (IBS) (5), a condition affecting the intestine, characterized by changes in bowel patterns, problems with motility, and abdominal pain. (2) The study found that slippery elm was predominantly beneficial for IBS with predominant constipation. (5) Participants experienced a significant increase in bowel movement frequency, improvements in stool consistency and reductions in straining, abdominal pain, bloating, and IBS symptom severity. (5)

Another study found that a gut relief formula containing curcumin, aloe vera, slippery elm, guar gum, pectin, peppermint oil, and glutamine with slippery elm significantly improved outcomes in patients with gastroesophageal reflux disease (GERD), commonly referred to as heartburn. (8) Patients with GERD often experience a burning sensation and irritation of the esophageal lining due to stomach acid/contents that are regurgitated up into the esophagus. (1) Almost half of the participants taking proton pump inhibitors, a type of medication for GERD, no longer required pharmaceutical treatment at the end of the study. (8) A third of participants were able to reintroduce food triggers, such as garlic, onion, beans, spicy foods, caffeine, tomatoes, and citrus foods, into their diet after three months without symptom aggravation. (8) 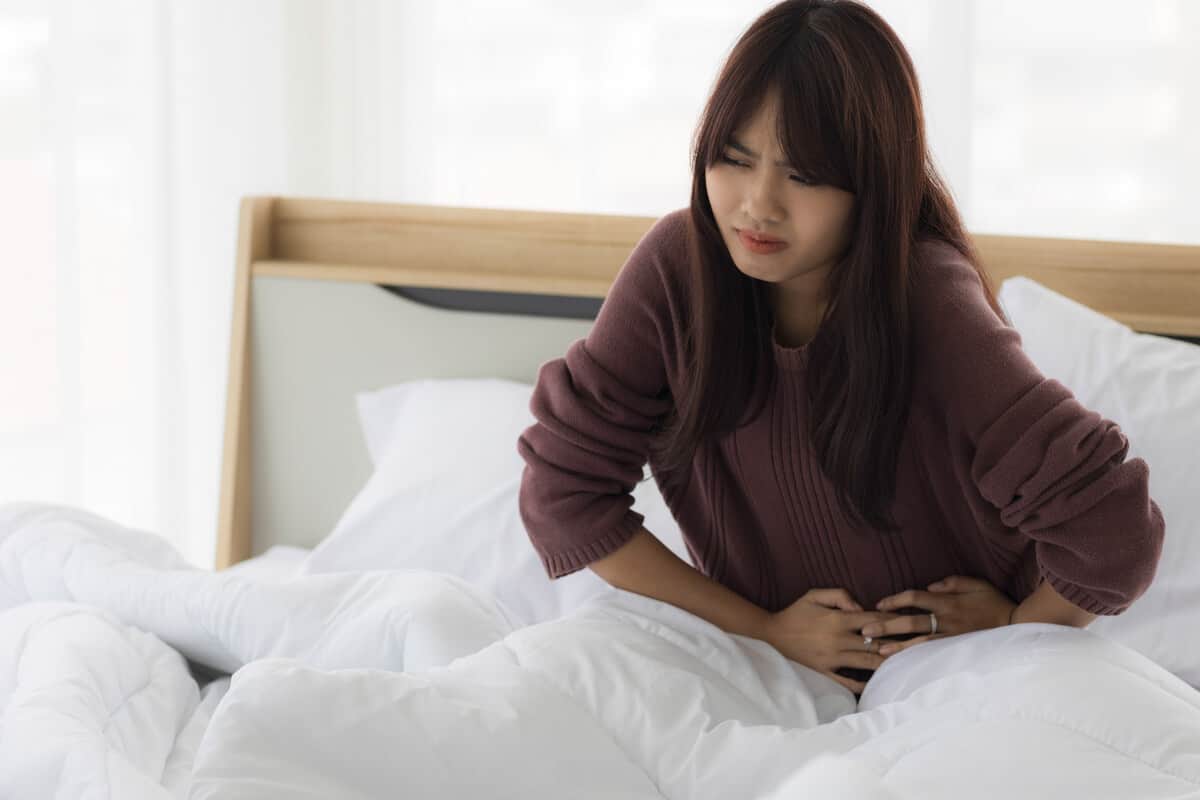 Slippery elm has been shown to improve a variety of upper and lower gastrointestinal issues.

Traditionally, slippery elm has also been used as a topical treatment for healing wounds and inflammatory skin conditions. (4) This can be attributed to the tannins in slippery elm, as tannins are used as supportive therapy for treatment of conditions such as acute eczema and shingles. (4) Tannins give slippery elm its astringent property, which ultimately allows for contraction of the skin tissue. This occurs because tannins bind with protein-rich structures of the skin, such as collagen, and precipitate proteins to the surface. The precipitation of proteins and sealing of cell membranes allows for expedited wound closure and healing and prevents pathogen invasion.

Slippery elm may also have prebiotic potential that could benefit our gastrointestinal and overall health. Prebiotics are food components that we can not break down, but they act as food and promote the growth and activity of beneficial bacteria (microbiota) that reside in our gut. Researchers at the University of California San Diego used human fecal cultivation to investigate whether certain medicinal herbs alter the growth and abundance of specific bacterial species. (7) It was found that slippery elm increased the abundance of many kinds of bacteria known to promote human health, such as Bifidobacterium, Lactobacillus, and Bacteroides. (7) Many of the bacteria that were increased by slippery elm were butyrate-producing bacteria. (7) Butyrate acts as fuel for the cells lining our gut, allowing them to function optimally. Additionally, slippery elm reduced the abundance of potential pathogens, such as Citrobacter freundii and Klebsiella pneumoniae. (7)

Slippery elm is generally safe to use, but may act as an irritant or allergen to the skin. Contact dermatitis, which may involve redness, inflammation of the skin, and hives, has been reported after topical exposure to slippery elm. (3)