The Southwest College of Naturopathic Medicine (SCNM) hosts its research night event biannually, once in the spring and once in the fall. This event displays the culmination of arduous work from both students and faculty alike and highlights their discoveries in the field of evidence-based botanical medicine. This spring’s research night, which took place on March 11th, 2021, showcased presentations ranging from the treatment of canine infections to the use of honey bee byproducts.

The Ric Scalzo Institute for Botanical Research, named after the founder of Gaia Herbs and one of the most highly esteemed herbalists, is part of SCNM and has hosted SCNM’s research night events for years. This spring, the whole food-based supplement company, Standard Process, helped sponsor the event as well. 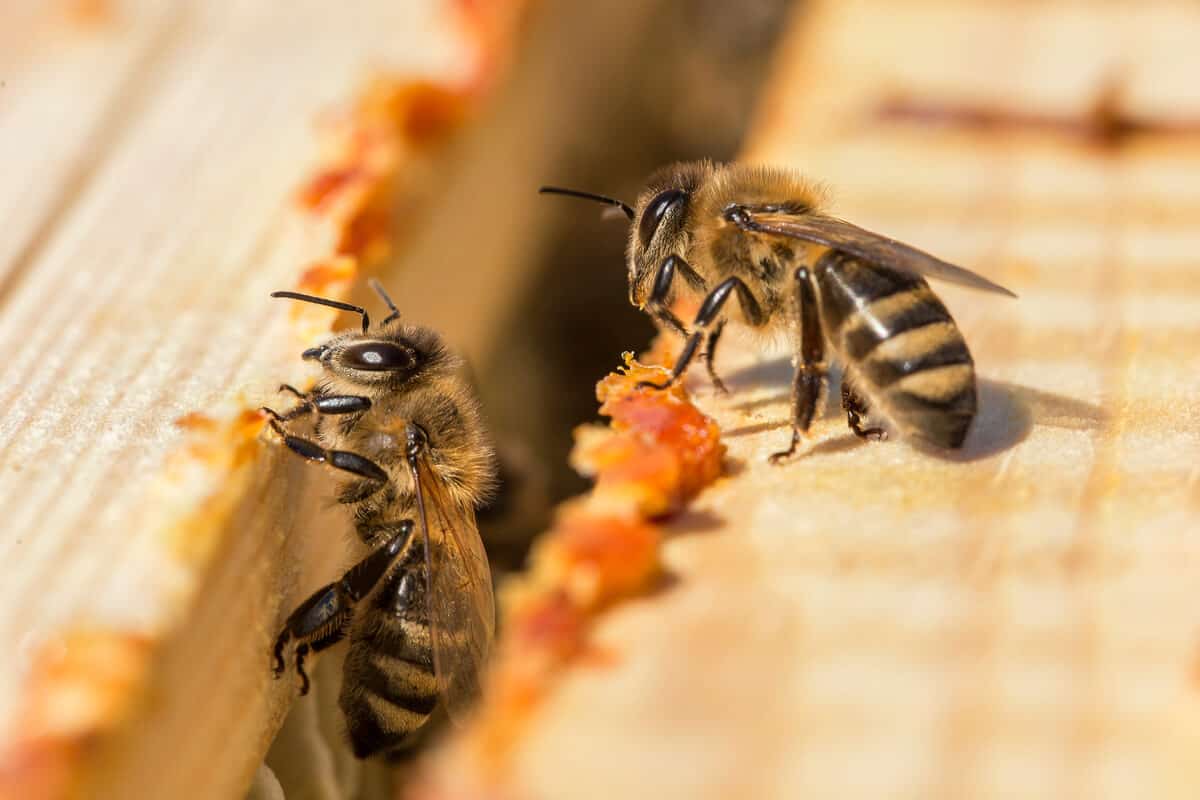 Updates to the Ric Scalzo Institute for Botanical Research

The event started with a presentation given by Bill Chioffi, the VP of Strategic Partnerships and Business Development at the Ric Scalzo Institute for Botanical Research. The institute has undertaken recent expansions and now hosts multiple laboratories, including a molecular and cellular biology laboratory, a compound isolation laboratory, and a compound identification and quantification laboratory. The bioassays and the research conducted from the Institute’s labs will be used to further the knowledge within the SCNM community. As more information is gathered on botanical medicine, Chioffi hopes to integrate this knowledge with other traditional practices such as Ayurveda and traditional Chinese medicine, in addition to conventional Western medicine. The combination of the expanded research facility and SCNM’s clinical capabilities has set the stage to conduct pilot clinical trials and to develop botanical formulations, many projects of which are already underway.

Bees and bacteria: propolis and its role in fighting antibiotic bacterial resistance

The second presentation was prepared by Melissa Bellman and Daniel Clarke, both third year naturopathic medical students. It focused on propolis, an antimicrobial byproduct of honey bees used to patch holes in hives. Clarke and Bellman tested propolis extracted in 100% ethanol at different dose increments against both antibiotic-resistant and antibiotic-sensitive strains of three bacterial species, Staphylococcus aureus, Pseudomonas aeruginosa, and Klebsiella pneumoniae. They also tested propolis from different regions of the world including Bulgaria, Lithuania, Brazil, Canada, and locally from Arizona.

The results of the study showed substantial reductions in bacterial colonies from the application of the propolis, both for antibiotic-sensitive and antibiotic-resistant bacterial strains. The location from which the propolis was sourced had no effect on antimicrobial efficacy. While some sources produced propolis with more bactericidal potency than others, all sources were substantially successful in reducing the number of bacteria. The team plans to continue testing the samples at the Ric Scalzo Research Institute, expand the geographic sources tested for propolis, and to use chromatography to analyze the propolis in the hopes of better understanding its components and mechanism of action.

The effect of different Echinacea purpurea extracts on the common cold

Dr. Johanne Gerstel presented the third presentation on Echinacea purpurea (E. purpurea), how it can be extracted, and how different extraction methods affect its efficacy against rhinovirus, a common cause of the common cold.

Experiment #1: The effect of E. purpurea on rhinovirus

Experiment #2: The effect of E. purpurea on other viruses

The second experiment studied the effect of water-extracted E. purpurea root on viral families except for picornaviridae, the family to which rhinovirus belongs. Dr. Gerstel tested herpes simplex virus 1 (HSV-1) of the herpesviridae family and vaccinia virus of the poxviridae family. When the water-extracted E. purpurea root was applied to these two virus samples, both viruses were both inhibited from replication.

The combination of the two experiments led to several hypotheses as to why rhinovirus responds contrary to other viruses and increases in virus count when treated with water-extracted E. purpurea root. One hypothesis suggests that rather than inhibiting the cells’ ability to prevent replication of the rhinovirus, E. purpurea root extracted in water might increase the rate of replication of rhinovirus. This hypothesis was supported by an experiment that showed that PKR (a cellular protein that is activated by viral RNA) levels were elevated in the samples with water-extracted E. purpurea root compared to control.

Chelsea Barranco, a third year naturopathic medical student at SCNM, presented on the next topic of canine papillomavirus (CPV) and kennel cough. Similar to the human papillomavirus, CPV can cause warts and spreads via direct contact with other canines. While antibiotic treatment for CPV is successful, it can take up to 50 days for complete resolution. In this experiment, 0.5 g of a botanical gel formulation comprised of 40% Sarracenia purpurea (S. purpurea), 10% Melissa officinalis (M. officinalis), 5% of each Hypericum perforatum (H. perforatum), and Glycyrrhiza glabra (G. glabra) was applied to CPV lesions and their surrounding areas two to five times daily for two weeks. This resulted in visible reduction and softening of the lesions by the fourth day and complete resolution by day ten.

Barranco’s next experiment looked at Bordetella bronchiseptica (B. bronchiseptica), a close relative to the bacteria that causes whooping cough in humans and the pathogen causing kennel cough. This experiment involved preparations of 25% ethanol, 75% ethanol, and 75% glycerite of several botanical extracts. Camellia sinensis (C. sinensis) and Larrea tridentata (L. tridentata) stood out by completely killing the bacteria in the 75% glycerite extract. Propolis sourced from Latvia also showed significant antibacterial activity against B. bronchiseptica as a 75% ethanolic extract. Barranco plans to continue testing botanical samples against this bacteria.

Neuroprotective plants and their constituents

The final presentation was given by Dr. Yalda Shokoohinia, a principal scientist of the Ric Scalzo Institute and a professor of pharmacognosy and phytochemistry at SCNM. She discussed the results of several studies that investigated the effects of various plants including Echinophora and its constituents, a glycosidic quercetin derivative, a constituent of Prangos ferulacea called osthole, and and the properties of Nigella sativa (N. sativa). Her research demonstrated that when applied in conjunction with Cisplatin, an anticancer drug, Echinophora is neuroprotective as it prevents apoptosis induced by cell damage from the chemotherapeutic agent. Dr. Shokoohinia’s research also supports that quercetin-3-O-β-D-glucopyranoside has cytoprotective properties in protecting PC12 cells from production of reactive oxygen species (ROS) and further oxidative damage. The neuroprotective and antioxidant properties of the constituent osthole were supported by its ability to attenuate cell death when exposed to the chemotherapeutic agent Doxorubicin (DOX). Finally, Dr. Shokoohinia discussed how the fatty acids and thymoquinone constituents from N. sativa also possess antiapoptotic and cytoprotective potential.

SCNM students and faculty continue to unearth groundbreaking discoveries at the newly renovated Ric Scalzo Institute for Botanical Research. This spring’s research night showed the potential for propolis to be used for the treatment of both antibiotic-resistant and antibiotic-sensitive bacterial strains. E. purpurea root was shown to inhibit viral replication in many viruses but had the opposite effect on rhinovirus when extracted with water. Botanical formulations were also shown to completely resolve CPV more quickly than the antibiotic regimen. C. sinensis and L. tridentata both completely killed the bacterial agent involved in the pathogenesis of kennel cough. Finally, many botanicals and their constituents were shown to possess cyto- and neuroprotective properties, which can be effective in preventing oxidative damage, including that from chemotherapeutic agents.

Watch the recording of the 2021 SCNM Research Night.

An additional presentation was given by Dr. Jeffrey Langland, the SCNM Department of Research Chair and the Ric Scalzo Institute Research Director, on COVID-19 and the consideration of botanical treatment. This presentation was not recorded; however information regarding the content of the presentation can be found by contacting research@scnm.edu.