We hear a lot about the importance of heart health, bone health, and even hormone health for both men and women, but what about brain health? How can we support our mental faculties and what exactly are our options? That’s where nootropics come in.

A nootropic is a synthetic or naturally occurring substance that possesses cognitive enhancing abilities. (11) Nootropics come in many forms with an array of functions and mechanisms of action. Some help to enhance mood, which may be beneficial in cases of anxiety and depression, while others improve energy levels, which may help address depression and fatigue. Other types of nootropics help improve focus and concentration and may benefit individuals with attention-deficit hyperactive disorder (ADHD).

Outlined below are some of the benefits of nootropics.

P. actinia, also referred to as passion flower, holds medicinal properties in the extract of its aerial (above-ground) parts. (4) The anxiolytic effects of P. actinia are believed to be attributed due to its preventive actions on the uptake of -aminobutyric acid (GABA) at receptors. (12) GABA is both an amino acid and inhibitory neurotransmitter in the central nervous system (CNS). By inhibiting the reuptake of GABA, these inhibitory amino acids can act for longer periods of time, thereby promoting a relaxing effect. (12) When taken at higher doses, P. actinia can induce sedative effects. (4) 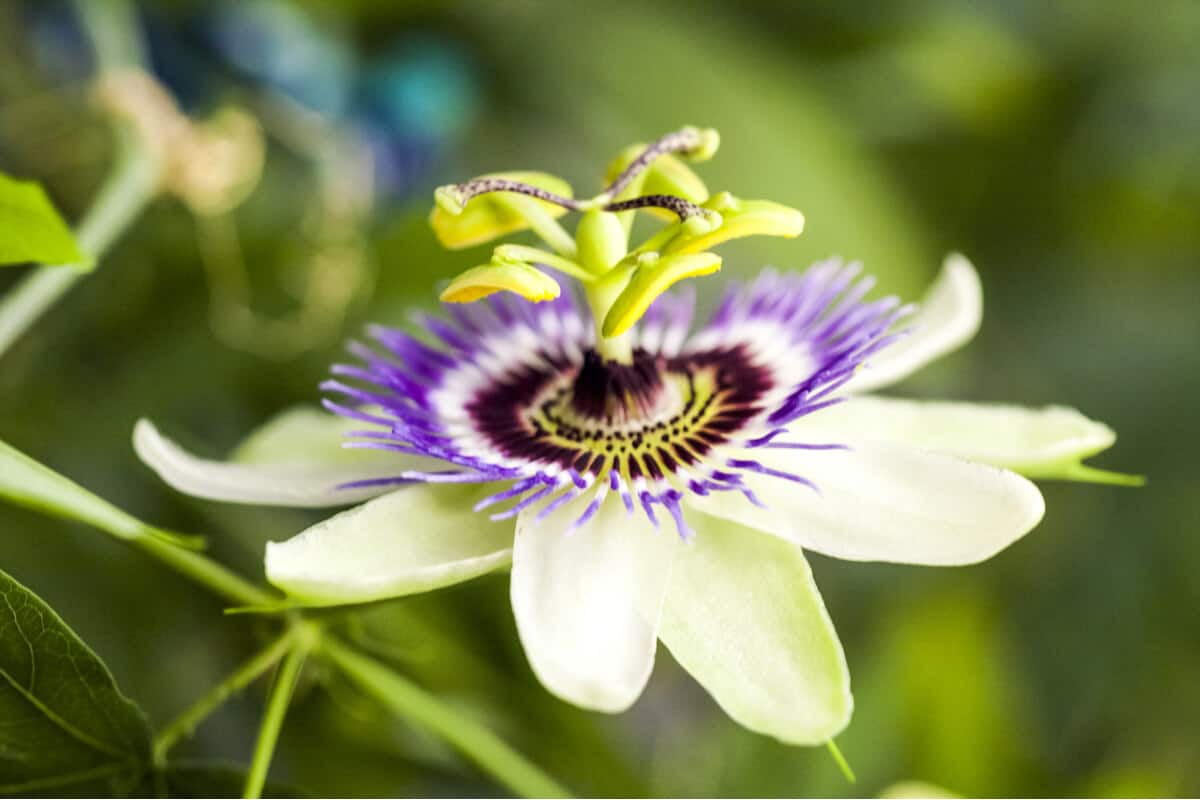 Often referred to as passionflower, P. actinia is a nootropic well-known for its anxiolytic effects. (4)

Many nootropics can uplift and balance mood leading to their benefit in the case of depression. Nootropics for depression include C. ternatea and Hypericum perforatum (H. perforatum). (4)(10)

H. perforatum, commonly referred to as St. John’s Wort, is a yellow, flowering herb native to Europe. (10) It has a variety of actions including anti-inflammatory, antibacterial, antiviral, and chemoprotective properties. (4) It is often prescribed for major depression, particularly when of mild or moderate severity. (9)(10) Additional nootropic properties include prevention and reduction of memory loss. (4)(10) Though available over-the-counter as a dietary supplement in North America, a prescription may be required in some countries due to the herb’s potential interactions with other herbs and drugs such as antidepressants or oral contraceptives. (10) 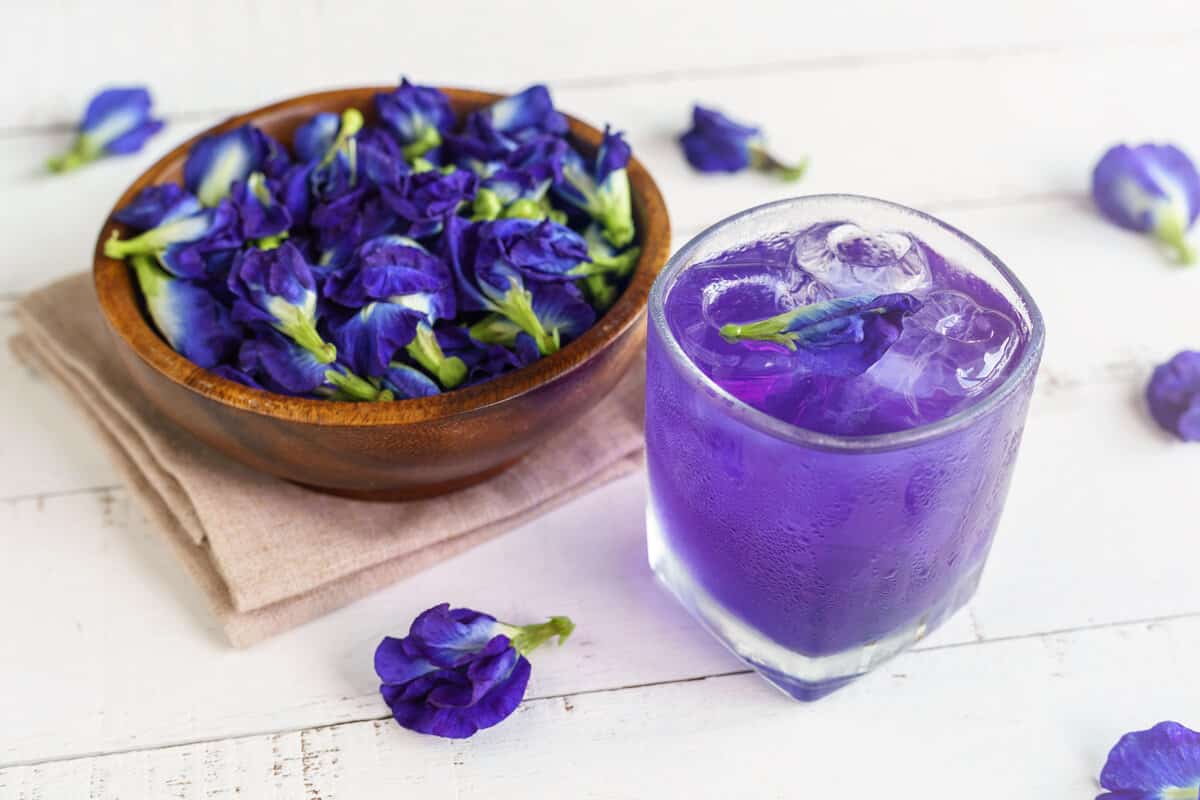 Both an anxiolytic and antidepressant, C. ternatea, commonly referred to as butterfly pea, is a nootropic with a variety of pharmacological actions. (4)

Many nootropics exist that can be helpful in addressing ADHD, including Rhodiola rosea (R. rosea), Ginkgo biloba (G. biloba), and L-Alpha Glycerylphosphorylcholine (Alpha-GPC). These may work via several mechanisms including increasing an individual’s ability to focus and supporting learning and memory. (13)

R. rosea, commonly referred to as golden root, is part of the herbal class of adaptogens, meaning it helps the body respond better to stressors. (6) Individuals with ADHD present with lower levels of the neurotransmitters dopamine and norepinephrine, and R. rosea may work by increasing levels of dopamine and serotonin. (6) This medicinal herb also has a dual effect of being able to stimulate cognition while simultaneously soothing one’s emotions. (6)

G. biloba has been used in traditional Chinese medicine for centuries to address cognitive ailments, such as poor blood flow and decline in memory. (6) Commonly referred to as maidenhair tree, this medicinal herb works to improve several aspects of the brain that may be impaired in ADHD, including selective attention, critical thinking, memory, decision making, and information processing speed. (6) It should be noted that G. biloba is a circulatory stimulant and thus may interact with anticoagulant/blood thinning medications. (6)

Alpha-GPC can be helpful in ADHD due to its role in memory. (6) It is considered a cholinergic nootropic, meaning it assists in the production of acetylcholine, a neurotransmitter involved in the formation of memories. (6) Alpha-GPC is the only known cholinergic that can carry choline, a precursor to acetylcholine, across the blood-brain barrier to the brain; this property to more readily access the brain gives Alpha-GPC strong potential as a nootropic. (6) Human trials have shown that Alpha-GPC has the ability to counteract attention and memory deficits caused by pharmaceutical agents. (2) Finally, high levels of this molecule in the hippocampus of the brain have shown to improve both memory and performance in those with Alzheimer’s Disease. (7)

G. biloba, known commonly as maidenhair tree, is a circulation stimulant and nootropic that may be indicated in persons with ADHD. (6)

Nootropics for learning and memory

One of the main actions of nootropics is enhancement of both learning ability and memory. Nootropics that may improve memory include Bacopa monnieri (B. monnieri), Withania somnifera (W. somnifera), and Zingiber officinale (Z. offiicinale). (4)

B. monnieri exerts therapeutic actions by scavenging for free radicals that can cause oxidative damage in the brain. Specifically, this medicinal herb protects against damage in the striatum and prefrontal cortex as well as the hippocampus, areas of the brain intimately involved with the formation of new memories. (3) Commonly referred to as brahmi, B. monnieri may be effective in improving memory and cognitive ability in patients suffering from Alzheimer’s disease and dementia as demonstrated by several studies; specific examples of improvements of language and memory from said studies included improved recall, logical memory, object recognition, and spatial memory. (3)

In Ayurvedic medicine, this adaptogenic herb, commonly referred to as ashwagandha, is believed to promote longevity and provide physical and mental health benefits. (4) Similar to B. monnieri, W. somnifera works by preventing cell death and damage via both antioxidant and anti-inflammatory effects. (5) It is also an anxiolytic and may help increase energy levels by improving mitochondrial efficiency. (5)

Commonly referred to as ginger, this memory-enhancing nootropic works by inhibiting acetylcholinesterase, the enzyme that breaks down acetylcholine. (4) By inhibiting acetylcholinesterase, acetylcholine is able to remain in the central nervous system (CNS) for a longer period. Acetylcholine is one of the most important molecules in the formation and retention of memory and cognitive function, thus by allowing it to act longer on the CNS, Z. officinale has potential to help treat those with dementia. (4) Additionally, its antioxidant, anti-inflammatory, and anti-apoptotic properties from its bioactive components have shown potential in its efficacy to not only treat but also prevent several memory conditions, including Alzheimer’s disease. (14) 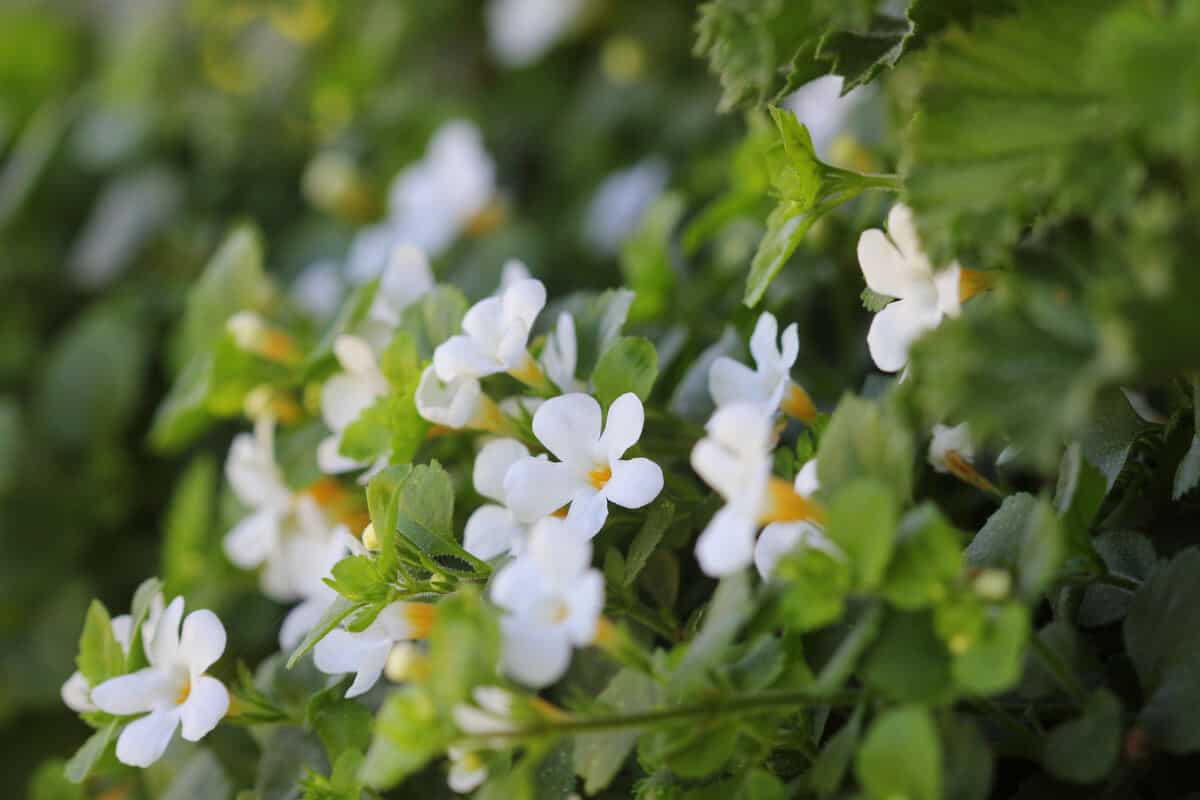 B. monnieri, also known commonly as brahmi, is a nootropic that improves memory. (4)

Due to the vast and diverse nature of nootropics, the best nootropic really depends on the individual and their health concerns. While this article provided an overview of several nootropics and their key functions, there are many others still to be further discussed and discovered. Like any supplemental nutrient, medicinal herb, or pharmaceutical agent, nootropics may have interactions, contraindications, and safety considerations. If you are interested in nootropics, be sure to speak to your healthcare provider to find out which nootropics are best and safe for you.