Here’s How To Use Ketone Supplements

Fasting and the ketogenic (keto) diet, a high-fat, very low-carbohydrate diet, are two practices commonly used to achieve a metabolic state known as ketosis. (2)(4)(10) During ketosis, the body uses ketone bodies, molecules derived from fats, as its primary source of energy instead of glucose (sugar). (4) Ketosis has been associated with several health benefits, including improved cognitive function (2) and weight loss. (3)

Following the keto diet or a fasting regimen to maintain nutritional ketosis can be challenging, which has led researchers to examine the use of dietary supplements that can support ketosis, (10) such as exogenous ketones and medium-chain triglycerides (MCTs). (2) This article explores what you should know about keto supplements and keto tests used to assess ketone levels in the body.

Ketone bodies, referred to as ketones, are small molecules derived from lipids (fats) and produced in the liver through a process called ketogenesis. Ketogenesis occurs under certain conditions, such as prolonged exercising, fasting, and following a keto diet. Ketones are used as an alternative fuel source for cells in the brain, heart, skeletal muscle, and other tissues, which allows your body to adapt during periods when there is little glucose available. (4)(5)

There are three ketone bodies, which include: 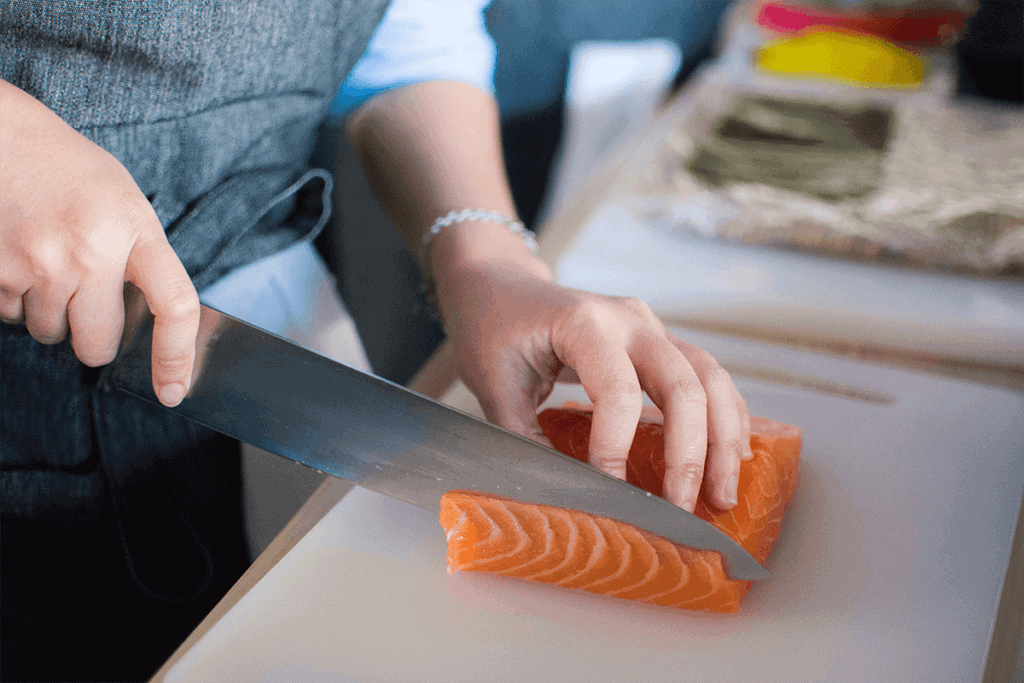 You can achieve ketosis by fasting, following the keto diet, and taking keto supplements such as exogenous ketones and MCTs. (2)(4)(10)

Below, we provide an overview of the best keto supplements that are commonly used to achieve a state of ketosis.

Exogenous ketones are ketones that come from outside of the body (i.e., in supplement form), unlike endogenous ketones, which are produced by the body. Exogenous ketone supplements have been used for over 40 years and there are currently several different types available, such as ketone esters and ketone salts. (4)

Ketone esters (KE), such as ketone diester and ketone monoester compounds, (9) are considered to be an effective way to increase blood ketone levels. Within 30 minutes of supplementation, ketone esters have been shown to increase βHB concentrations to a level comparable to several days of fasting. (4)(9)

The timing of ketone supplementation around food intake may affect blood ketone levels. One trial found that taking a ketone ester drink with a meal resulted in a 33% lower blood concentration of D-β-hydroxybutyrate (D-βHB), the active form of βHB, compared to taking the supplement alone. (10)

Ketone salts (KS), such as sodium, potassium, or calcium βHB, contain approximately 50% D-βHB and 50% D-β-hydroxybutyrate (L-βHB), which is not typically found in blood. High doses of ketone salts are needed to achieve blood ketone levels comparable to fasting, which can result in high salt (sodium) intake. (9)(10)

A randomized trial compared the metabolic effects of ketone esters and ketone salts, both consumed as a ketones drink. Individuals consuming the ketone esters had a higher maximum concentration of D-βHB. L-βHB was only elevated in the ketone salts group, as the KS supplement contained 50% L-βHB. Overall, the trial found that both drinks elevated ketone levels, reduced blood glucose and lipid levels, and may be used to achieve ketosis. (10)

Medium-chain triglycerides (MCT) are a type of fatty acid that are converted to ketone bodies by cells in the liver. MCTs, available as an MCT oil supplement, have been shown to moderately increase blood ketone levels. (9) Scientific literature suggests that 20 to 70 g of MCTs are needed to achieve nutritional ketosis. (2)

Keto supplements may be used on their own or while following the keto diet to help achieve ketosis. Research has investigated the effects of keto supplements, including potential benefits for longevity, (11) Alzheimer’s disease, (2) appetite reduction, (3) exercise performance, (5) and metabolic health. (4)

Caloric restriction, such as following the calorie-restricted diet, may extend life span by inducing certain metabolic changes. Researchers suggest that increasing ketone bodies may similarly increase longevity in humans by mimicking these metabolic changes, such as decreasing insulin and insulin-like growth factor signaling and increasing certain antioxidant processes in the body. Further research may explore the use of exogenous ketones for the prevention and treatment of age-related conditions. (11)

In animal studies, exogenous ketone supplementation was associated with decreased food intake and body weight. Similarly, in a human trial, a ketone ester drink was found to increase satiety and decrease hunger when compared to a dextrose (carbohydrate) drink. Ketone supplements show some promise for appetite reduction; however, the long-term effects on weight loss and maintenance are unclear. (3)

Exogenous ketones may improve performance and recovery in athletes. Various studies of ketone supplementation prior to exercise suggest that exogenous ketones may improve skeletal muscle metabolism by sparing muscle glycogen (glucose stores in muscle), lowering plasma lactate levels, and providing an alternate source for energy production. Highly trained athletes, who were shown to have a greater capacity to uptake and metabolize ketone bodies, may experience more pronounced benefits. (5)

In the body, βHB may help to regulate inflammation and oxidative stress, markers of metabolic health. (4)(8) Further, both ketone ester and ketone salt supplementation in healthy individuals has been associated with a 10 to 20% decrease in plasma glucose levels. Researchers speculate that exogenous ketones may be beneficial in managing glucose levels in type 2 diabetes, but more studies in diabetic individuals are needed. (4) 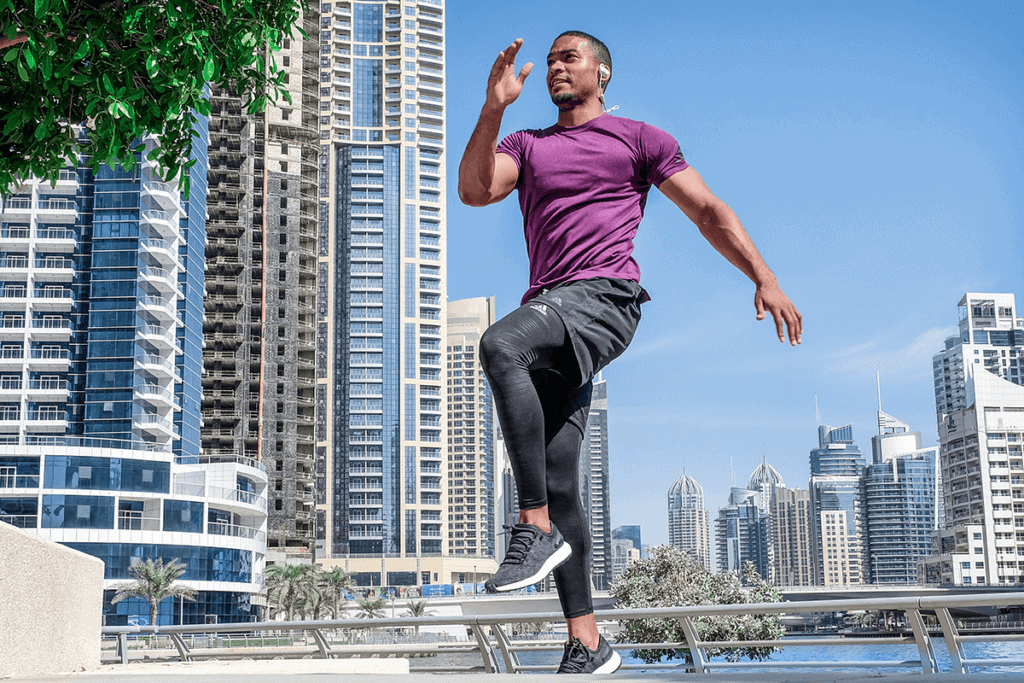 Exogenous ketones may improve performance and recovery in athletes. (5)

Several trials that have examined the safety and tolerability of keto supplements conclude that exogenous ketones are generally safe, although they may have certain side effects. (1)(6)(8) Exogenous ketone and MCT supplements have been associated with various symptoms, including:

The severity of adverse effects depends on the supplement dose taken. (9) Medical observation is advised for regular consumption of exogenous ketones. (6)

Whether you’re following the keto diet or taking keto supplements, you can use different keto test methods to determine your ketone levels. Ketone testing is also widely used in the diagnosis and management of diabetes and ketoacidosis, a serious complication of diabetes. (7)

In healthy adults, acetoacetate and βHB are normally found in low concentrations (i.e., less than 0.5 mmol/L) after overnight fasting (7) and in higher concentrations (i.e., approximately 2 to 6 mmol/L) following prolonged fasting. (1)(4) Nutritional ketosis is generally described as achieving blood ketone levels between 1 to 5 mmol/L. (1)(10)

A variety of enzyme-based serum βHB tests are available to test βHB levels in the blood. These tests require a blood sample, typically taken in a lab or clinic setting. These keto blood tests are used in diabetes management and may help to confirm capillary blood ketone tests. (7)

Ketone breath meters measure breath acetone and provide a way to test ketosis without blood sampling. In a trial of individuals consuming exogenous ketone supplements, breath acetone was slower to reflect a change in ketone levels than blood βHB testing. The researchers suggest that blood measurement is preferred, as it may be more reliable. (10)

Urine ketone test strips, also known as urine dipsticks, detect the concentration of ketones in urine. Urine dipsticks are easy to use at home; however, these tests have some limitations. Levels of ketones in urine only reflect the total amount accumulated since a person’s last urination, and the results may not reflect real-time changes in serum ketone levels or the amount of exogenous ketones that are oxidized (used) by body tissues. (7)(10) Lastly, testing interpretation is subjective and may not be accurate. (7)

Early research is hinting that there are many benefits from eating a ketogenic diet and other research on the health benefits of keto supplements is promising; however, more clinical trials are still needed to confirm these effects. Various keto tests may be used to help you monitor your ketone levels and achieve ketosis. If you’re a patient considering keto supplements, work with your integrative healthcare practitioner for additional guidance.