Medium-chain triglycerides (MCTs) have become quite the rage among biohackers and people who follow a ketogenic diet. What do these folks know that the rest of us don’t? It turns out that a growing number of studies are crediting this unique type of fat with several important health benefits. Keep reading as we unpack the many ways MCTs can contribute to better health and the benefits of MCT oil. 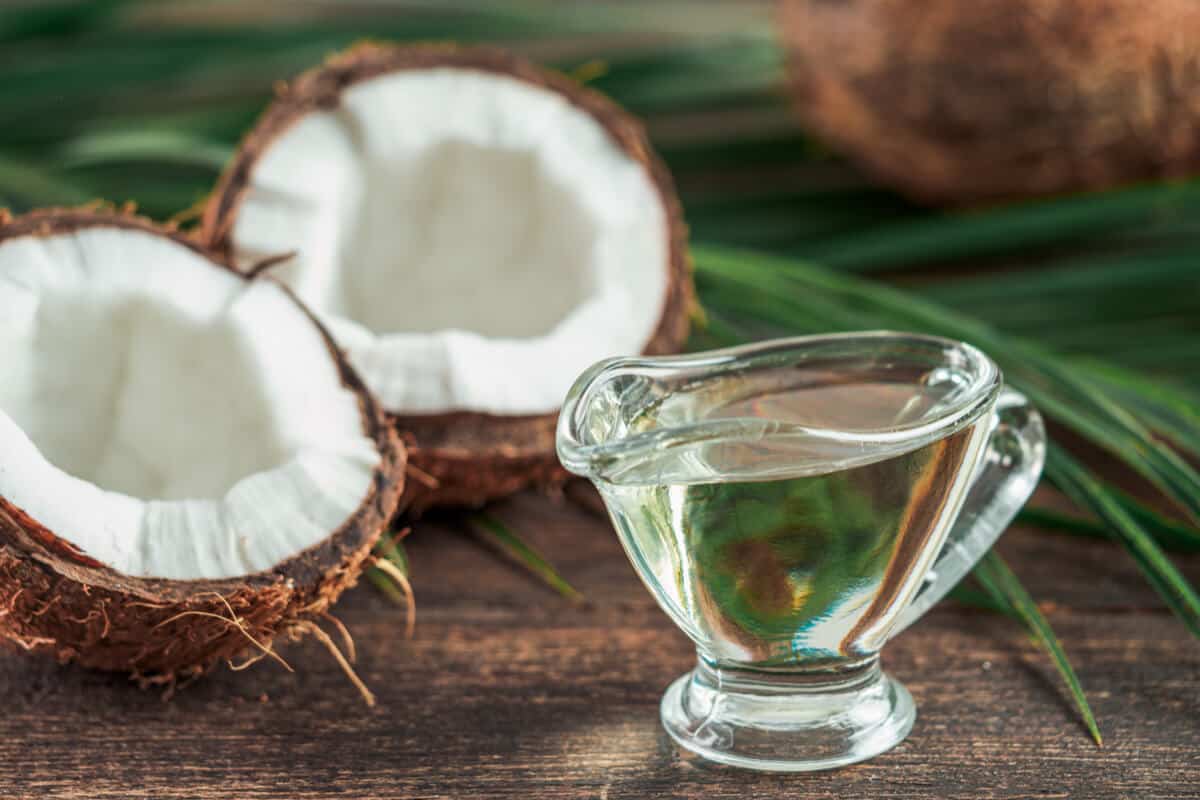 Coconuts are a rich source of medium-chain triglycerides.

Where to find MCTs

LCTs are widely found in foods like oily fish, red meat, egg yolks, and even some fruits, herbs, nuts, and seeds. But MCTs can only be obtained from a few dietary sources. (1) Medium-chain triglyceride foods include:

The highest amount of MCTs are found in coconut and palm kernel oil, with just small amounts found in dairy products. (39) Since most people don’t eat coconut or palm kernel oil on a regular basis, supplementing with MCT oil may be an easier way to incorporate these beneficial fats into your daily diet. MCT oil is a concentrated source of medium-chain triglycerides made by refining raw coconut or palm oil to remove other compounds or contaminants. The result is a liquid oil containing 100% medium-chain triglycerides. (18)(28)

Proponents of MCT oil have credited it as a superfood with an array of health benefits. Here’s what the science says.

Studies suggest that a daily dose of MCT oil may help improve insulin sensitivity and foster modest weight loss in those with metabolic syndrome and type 2 diabetes. (22)(36) In one small study involving 40 people with type 2 diabetes, those who supplemented with MCT oil experienced weight loss as well as a reduction in waist circumference and insulin resistance compared to those consuming corn oil containing LCTs. (10)

MCTs are transformed into ketones, which can be used by the brain as an alternative source of fuel (glucose is the brain’s primary energy source). (13) This has sparked interest among some researchers into the possible role MCTs might play in treating certain brain disorders. Some evidence even suggests that MCTs can improve learning, memory, and brain function in people with dementia and Alzheimer’s disease. (8)(24)(29) Other studies suggest that MCT oil may help children with autism and people suffering from epilepsy. (15)(16) During one of these studies, MCT oil was found to reduce epileptic seizures more effectively than a common seizure medication. (5)

MCTs have been shown to improve cholesterol in both human and animal studies. One study of 24 overweight men found that adding a blend of MCT oil, flaxseed oil, and phytosterols reduced total cholesterol levels by 12.5%. When the participants were given a blend that traded MCT oil for olive oil, total cholesterol only dropped by 4.7%. (31) Another study that appeared in the journal Open Heart found that MCT oil also raised high-density lipoprotein (HDL) cholesterol (good cholesterol) levels, thus promoting a healthier cholesterol ratio. (18) Other research suggests that, thanks to these actions, MCT oil may also help prevent atherosclerosis—the stiffening and narrowing of arteries. (37) 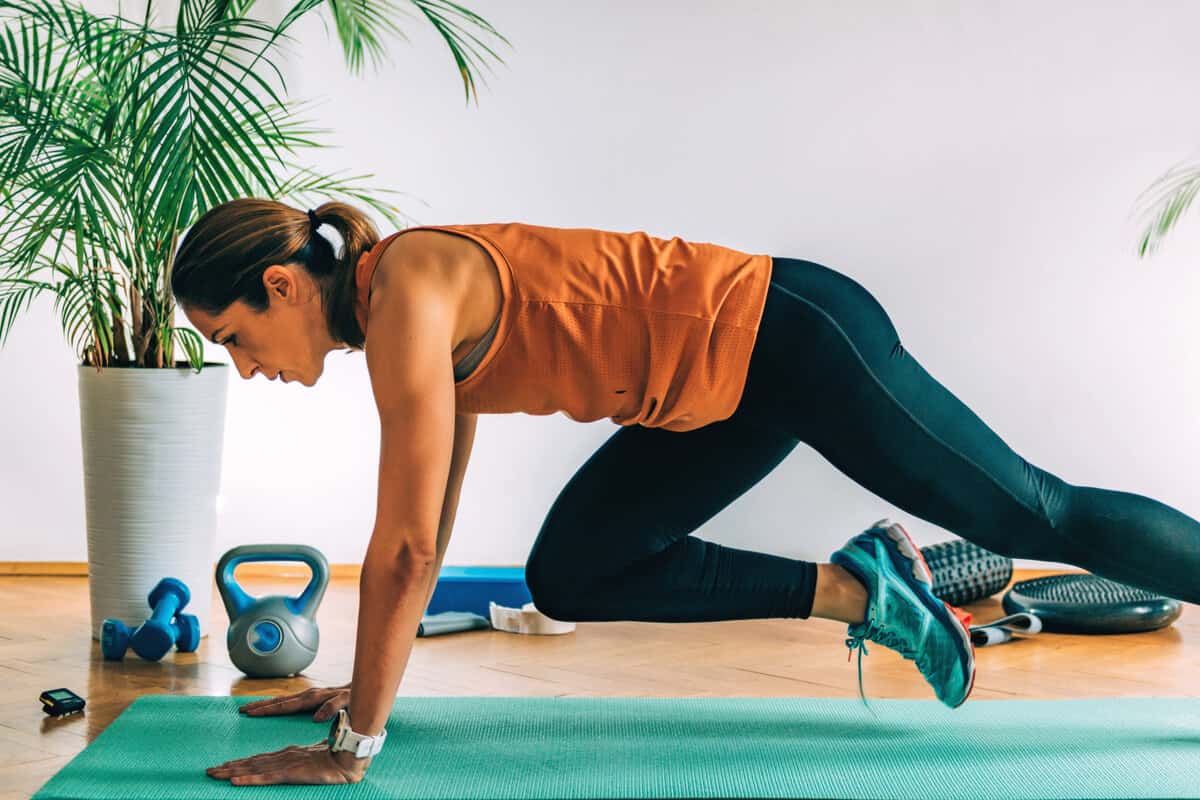 Consuming MCT oil may help boost your endurance during workouts.

Since MCT oil is rapidly digested, some studies suggest that it may serve as an effective source of energy during exercise. (27) One recent study that appeared in the journal PLoS ONE reports that dietary MCT oil enhances both exercise performance and endurance. (39) This confirms earlier research reporting that MCTs improved endurance in recreational athletes participating in high-intensity exercise. (23)

MCT oil promotes a healthier microbiome by fostering bacterial diversity while also strengthening the intestinal barrier. This may help prevent dysbiosis and improve both gastrointestinal and metabolic health. (25) According to a paper published in Practical Gastroenterology, people with pancreatic insufficiency—a condition in which the pancreas can’t produce enough of the enzymes needed to digest food—as well as those who have had part of the stomach or small bowel removed may benefit from MCTs. Specifically, MCT oil may help reduce the excess fecal fat (steatorrhea) that often occurs in these conditions. (28)

Inflammation has been linked to a wide range of chronic diseases, from brain disorders to heart disease. (11) According to a study in the journal Nutrition in Clinical Practice, MCT oil acts as an anti-inflammatory by downregulating pro-inflammatory cytokines and elevating anti-inflammatory cytokines. (41) Earlier research found that MCT oil was more effective than other oils for reducing the body’s inflammatory response. In one study involving 60 preterm newborns, those who received intravenous MCT oil with omega-3 fatty acids had significantly lower levels of key inflammatory markers compared to those receiving a soy oil infusion. (30)

According to the Centers for Disease Control and Prevention, 73.6% of American adults are overweight. Among those, 42.5% are considered obese. (36) Studies suggest that MCTs may provide a modest benefit to people looking to lose unwanted pounds. (14)(32)(33) In one review of 13 studies, researchers found that overweight people who consumed MCTs instead of LCTs experienced a greater decrease in their overall weight, as well as in their hip and waist circumference. The studies that were evaluated also pointed to a higher loss of total body fat, subcutaneous fat, and visceral fat in those routinely making MCT oil a part of their daily diets. (20) These effects may be due to the MCTs ability to modulate the hormones that regulate appetite, boost the feelings of fullness, and support the body’s ability to burn calories and fat. (17)(34) 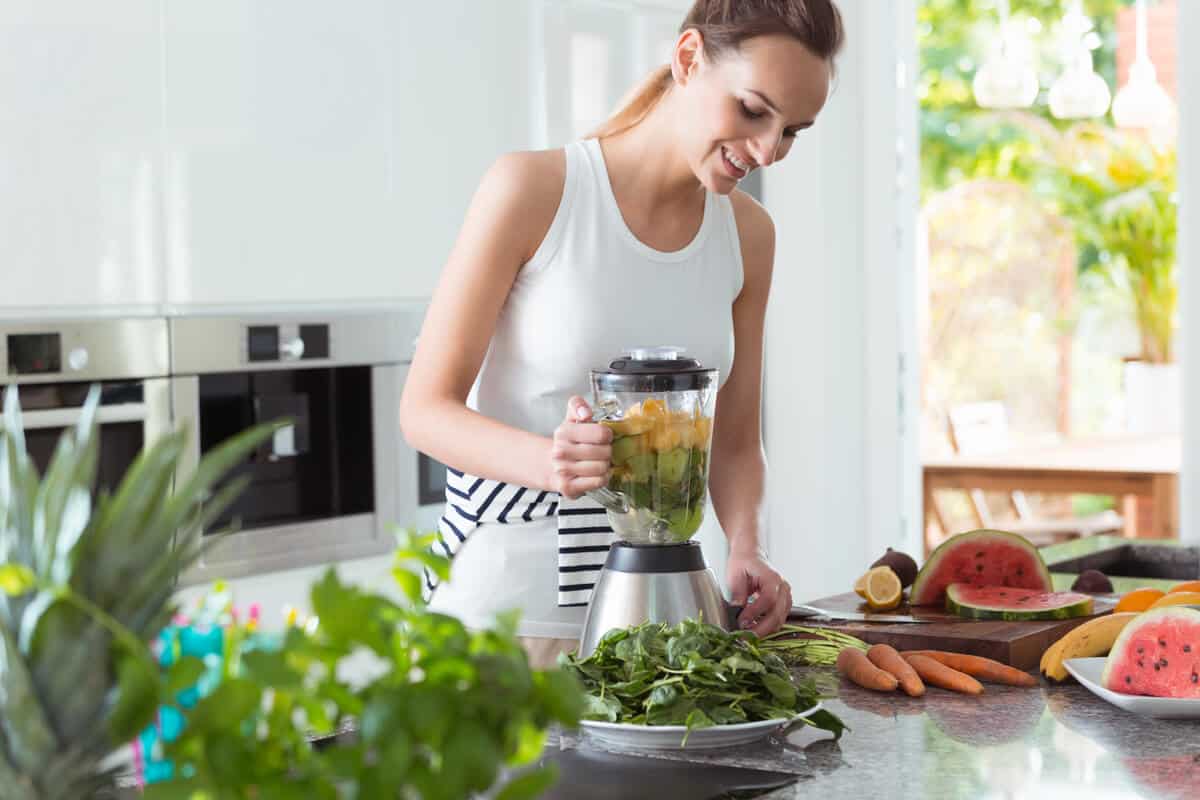 Easily incorporate MCT oil into your diet by adding it to smoothies, shakes, or salad dressings.

How to choose and use MCT oil

Some people believe that coconut oil and MCT oil can be used interchangeably. While coconut oil is a rich source of MCTs, it also contains LCTs and unsaturated fats. (26) Conversely, MCT oil is a clear, flavorless liquid that contains concentrated medium-chain triglycerides. When choosing an MCT oil, look for a reputable brand that specifies pure, 100% MCT oil. MCT oil can be taken straight from the bottle or it can be added to smoothies, protein shakes, and homemade salad dressings. You can also enjoy MCT oil in coffee. (2) However, unlike coconut oil, MCT oil has a low smoke point, so it is not recommended for cooking. (3) Did you know? MCT oils are synthetically made to ensure purity since natural sources (like coconut oil) contain other fats and compounds that may not bestow the same health benefits. (9)

Although there is no official dietary guideline for the tolerable upper limit for MCTs, a maximum dosage of 4 to 7 tbsp has been suggested. (28) Most studies have used 1 to 5 tbsp. Even though MCT oil is generally well tolerated, it’s important to note that these amounts can initially cause gastrointestinal problems such as nausea, abdominal cramping, vomiting, and diarrhea in some people. (6) To mitigate these side effects, it’s a good idea to begin with a small amount (e.g., 1 tsp) of MCT, gradually increasing your intake over time.

While MCT oil isn’t a magic solution that will have you fitting into your skinny jeans overnight, research suggests that adding medium-chain triglycerides to your daily wellness routine might provide an array of health benefits. The benefits of MCT oil include improved brain, heart, and gastrointestinal health, and even a modest improvement in weight loss. While MCT oil may trigger some gastrointestinal symptoms, it is generally considered safe. (19)