Considering Calorie Restriction? Here’s What to Know About The Calorie-Restricted Diet

A low-calorie or calorie-restricted diet may be one of the contributing factors to longevity in Okinawa. Studies examining the dietary patterns of centenarians in Okinawa found that these individuals consumed approximately 17% fewer calories than individuals in mainland Japan and 40% less than the average adult in the United States. This resulted in an estimated calorie restriction of 10 to 15% below daily energy requirements. However, since the introduction of fast-food chains and a shift towards more westernized dietary patterns, the life expectancy in Okinawa has begun to decline for younger generations. (12) 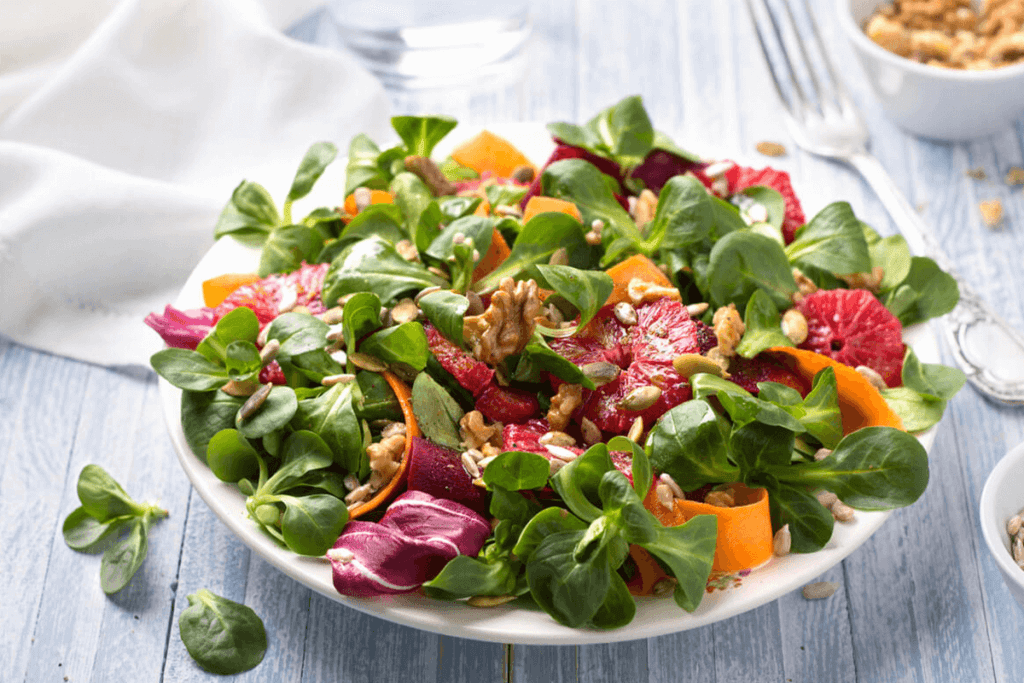 A nutrient-dense calorie-restricted diet includes vegetables, fruits, nuts, egg whites, dairy, meat, and protein from wheat and soy. (6)(7)As demonstrated by the centenarians of Okinawa, calorie restriction may improve longevity and lower the risk of age-related diseases, including type 2 diabetes mellitus, cancer, atherosclerosis, and neurodegeneration. (12) This article will provide an overview of the calorie-restricted diet, how it works, associated health benefits, precautions, and calorie restriction alternatives.

What is the calorie-restricted diet?

The calorie-restricted diet (CR) is an eating pattern that involves reducing food intake by 20 to 40% of daily caloric requirements while meeting the requirements of essential nutrients. (14) Calories are the body’s basic source of energy obtained from the three macronutrients found in food and beverages, namely carbohydrates, fats, and proteins. (13)

The calorie-restricted diet encourages the intake of nutrient-dense food while minimizing high-calorie foods that are low in nutrients, such as processed foods and fast-foods. For example, the traditional Okinawan diet consists primarily of vegetables, soy (as tofu and miso soup), and seaweed, with smaller amounts of fish, lean animal proteins, (19) and animal fat, often from free-range pigs, as a substitute for cooking oil. (20) This type of diet is high in vitamins, minerals, antioxidants, and flavonoids. (19)

A typical calorie restriction diet plan will meet the recommended daily intake (RDI) of essential nutrients, focusing on the intake of vegetables, fruits, nuts, egg whites, dairy, meat, and protein from wheat and soy. Foods that are excluded from the calorie restriction diet plan include high-glycemic and processed foods containing trans-fatty acids, such as soda, desserts, snacks, and other foods containing refined carbohydrates. (6)(7)

The Calorie Restriction Society, a contemporary group practicing long-term calorie restriction with optimal nutrition (CRON), consumes approximately 30% fewer calories than those eating a typical Western diet. (12) FDA guidelines for estimated energy requirements (EER) are 1,600 to 2,400 daily calories for adult women and 2,000 to 3,000 daily calories for adult men. (17) The caloric intake of various CR diets can vary, but proponents of CRON typically consume between 1,112 to 2260 kcal/day. (6)(7)

How does calorie restriction work?

Calorie restriction results in several biological changes that may be responsible for its health effects, including: 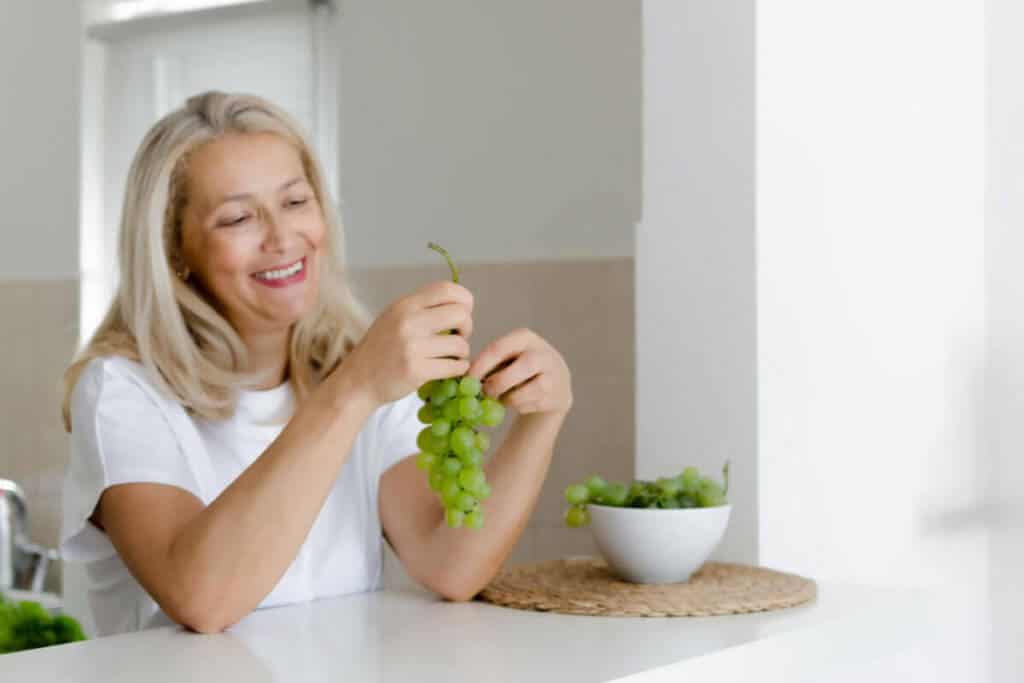 A calorie-restricted diet has shown to reverse biological markers of aging. (14)Research has demonstrated that calorie restriction may lead to a number of health benefits, including weight loss and improvements in cardiometabolic markers, longevity, and cognitive function. (9)(14)(15)(21)

Studies suggest that calorie restriction may help support weight loss in overweight or obese individuals. A randomized controlled trial examined the effects of a 6-month CR intervention in overweight, nonobese subjects with a body mass index (BMI) of 25 to 30. The participants who underwent a 25% calorie restriction had a mean weight loss of 10% compared to a mean weight loss of 1% in the control group. (9) Another trial of obese adults over 65 years old showed similar results. The diet-only group consumed a balanced CR diet with a 500 to 750 calorie deficit from daily energy requirements. Bodyweight decreased by 10%, while the combined diet-exercise group experienced a 9% weight loss. (18) Learn more about healthy metabolism and weight on the Fullscript blog.

Sustained calorie restriction may be an effective way to reduce cardiometabolic risk factors. The Comprehensive Assessment of Long-term Effects of Reducing Intake of Energy (CALERIE) trials were the first controlled studies of calorie restriction with adequate nutrition in healthy, non-obese humans. In one of these studies, CALERIE-2, the effects of 25% DR were examined over a two-year intervention. Significant decreases were observed in levels of C-reactive protein, blood pressure, low-density lipoprotein (LDL) cholesterol, triglycerides, and total cholesterol. Glucose control was improved and high-density lipoprotein (HDL) cholesterol increased. These results suggest that cardiometabolic risk factors can be improved even in healthy individuals. (15)

Researchers have found calorie restriction to be highly effective in increasing longevity in animal models. (4)(14) Unfortunately, this relationship is difficult to demonstrate in human trials as there may never be clinical trials long enough to show definitively whether CR can extend life. (15) However, there are several randomized controlled trials that demonstrate improvements in biomarkers of aging after six months to two years of following a calorie restriction diet plan. (14)

In a six-month randomized controlled trial examining the effects of CR in overweight adults, beneficial effects were seen in fasting insulin levels and core body temperature, two biomarkers of aging. Results also showed reduced DNA fragmentation, which suggests less DNA damage. (9) Similarly, a one-year randomized controlled trial in middle-aged, lean, and overweight adults measured oxidative damage following a 20% CR intervention or an exercise intervention, which achieved a 20% energy deficit through exercise. Compared to baseline, there was a significant and comparable reduction in oxidative damage to white blood cell DNA and RNA in both the CR and exercise groups. This outcome is important as oxidative damage to cellular components, such as proteins and DNA, is one of the proposed causes of aging and age-related diseases. (10)

CR research in humans also suggests that long-term calorie restriction with optimal nutrition may help reduce the risk of certain chronic conditions, such as cancer, cardiovascular disease, and type 2 diabetes. (16) In 2017, these health conditions were among the top leading causes of mortality in the United States. (5)

Calorie restriction may also improve cognitive function. CR was associated with increased verbal memory scores in a three-month study of fifty healthy normal-weight and overweight older adults. The findings were more pronounced in individuals who adhered more closely to the diet. (21)

For a condensed calorie restriction diet plan, download a handout on the calorie-restricted diet. 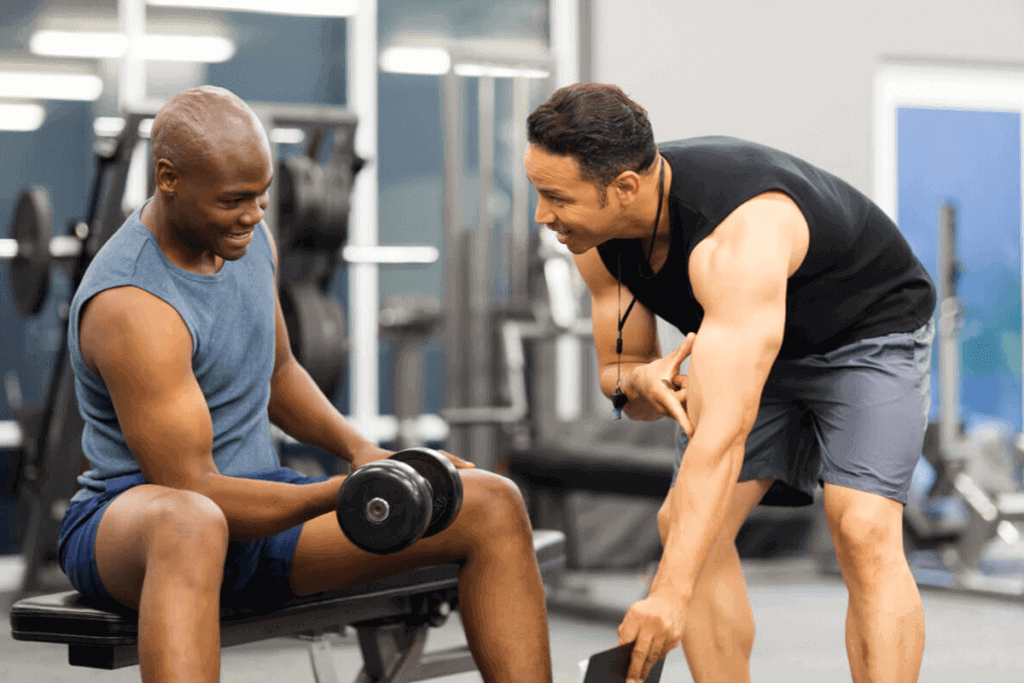 Cautions and considerations for the calorie-restricted diet

The calorie-restricted diet should be followed under the supervision of your healthcare practitioner to ensure that nutrient requirements are met. Some side effects of this diet include increased sensitivity to cold, loss of libido, extreme leanness, and impaired menstrual cycles. (12)

How many calories is too few?

Without adequate nutrition, extreme calorie restriction in which calorie intake is restricted by approximately 40% can be harmful. In a human study published in 1950, participants reduced energy intake by 40% with a low intake of protein, fruits, and vegetables in order to mimic dietary conditions during World War II. Side effects of this intervention included reduced aerobic capacity, weakness, severe painful edema in the legs, and psychological effects, such as depression, suicidal thoughts, confusion, apathy, and loss of sex drive. (11)(12) It’s important to note that the extreme diet design in the study differed from CR diets in which individuals consume recommended nutrient intakes.

In elderly adults, long-term CR may be associated with a reduction in lean muscle mass and bone density, specifically at the site of osteoporotic fractures. (14) Results in animal studies and CRON participants demonstrate that, while bone density is reduced, there is less turnover of bone, which can improve the quality and strength of bones. (14) Interestingly, exercise may mediate some of the adverse effects in older adults. In a one-year, randomized controlled trial of obese adults over 65 years old, bone mineral density and lean body mass decreased less when a CR diet was combined with exercise than it did in the diet group alone. Physical function, including balance and strength, was also improved in the diet-exercise group. (18)

Long-term adherence to CR is often difficult. Research has investigated alternative approaches that mimic the beneficial outcomes of CR. (1) Calorie restriction mimetics include plant or pharmaceutical compounds that mimic the beneficial effects of CR by targeting metabolic aging processes. CR mimetics include resveratrol, and the pharmaceutical medications rapamycin and metformin. (4)

Research has shown that individuals following an intermittent fasting (IF) regimen may experience similar health benefits compared to CR, such as weight loss and improvements in cardiometabolic risk factors. (2) IF is a dietary approach that involves periodically abstaining from calorie-containing food and beverages on a recurring basis. Further, long-term studies of IF in humans demonstrated no serious adverse effects and similar adherence rates in IF and CR. (8)

Research has shown that calorie restriction may help prevent chronic diseases, support weight loss, lower cardiometabolic risk factors, increase longevity, and improve cognitive function. Further research is needed to determine the degree of calorie restriction, specific dietary breakdown of macro and micronutrients, frequency of eating, (16) and the duration of the diet (3) necessary to experience health benefits. If you are interested in implementing a calorie-restricted diet, we recommend that you work with your integrative healthcare provider to ensure you are following the diet safely and effectively.