Non-alcoholic fatty liver disease (NAFLD) is among the most common liver conditions in developed countries. (6)(13) One form of NAFLD, non-alcoholic steatohepatitis (NASH), occurs in approximately 20% of patients with NAFLD and affects 3 to 12% of adults living in the United States. (13) 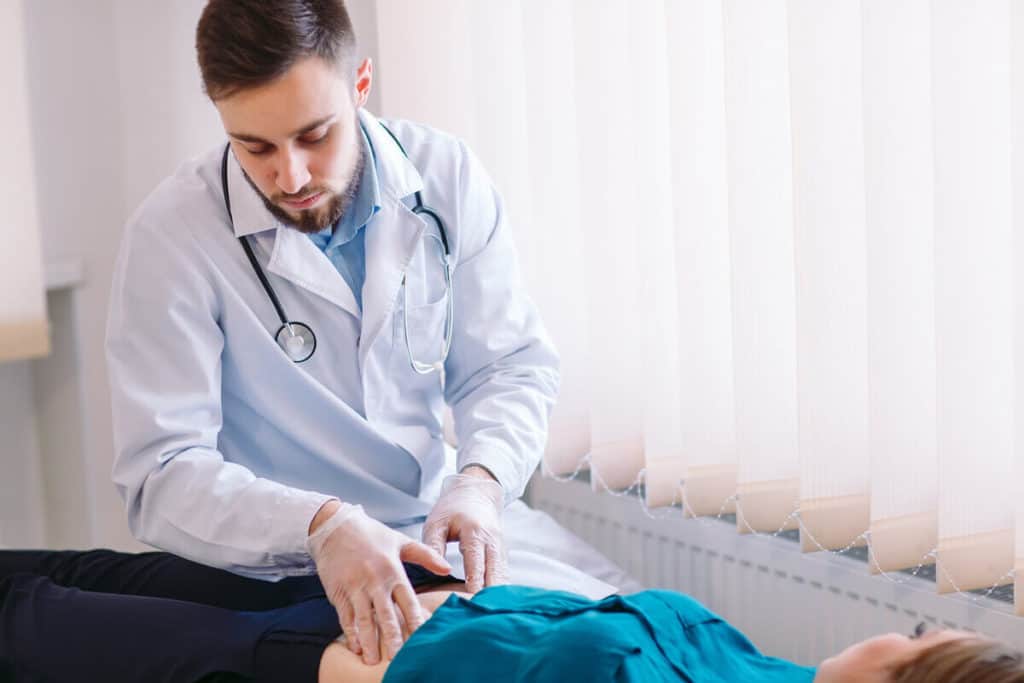 NASH, a form of NAFLD, is characterized by a fatty liver, inflammation, and liver cell damage.

What is fatty liver disease and non-alcoholic steatohepatitis?

Causes and risk factors for both types of NAFLD include:

While individuals with NASH typically display few or no symptoms, (13) complications associated with the condition include cirrhosis, liver cancer, (5) and an increased risk of mortality from liver-related conditions and cardiovascular conditions. (6)

The following ingredients have been shown to improve NAFLD and NASH.

Vitamin E is a fat-soluble vitamin found primarily in nuts, seeds, and green leafy vegetables. (14) Vitamin E has been shown to have antioxidant, (6)(16) anti-inflammatory and anti-apoptotic properties. Due to its role in modulating the inflammatory response and cellular function, vitamin E may delay hepatic fibrosis and prevent cirrhosis. (16) Recently, studies have demonstrated the beneficial effects of vitamin E supplementation for individuals with NAFLD and NASH. (6)(16) In one study, vitamin E supplementation was shown to be effective in reducing steatosis, fibrosis, inflammation, and several liver enzymes, including aspartate aminotransferase (AST), alanine transaminase (ALT), and alkaline phosphatase (ALP) when compared to a control. (19) 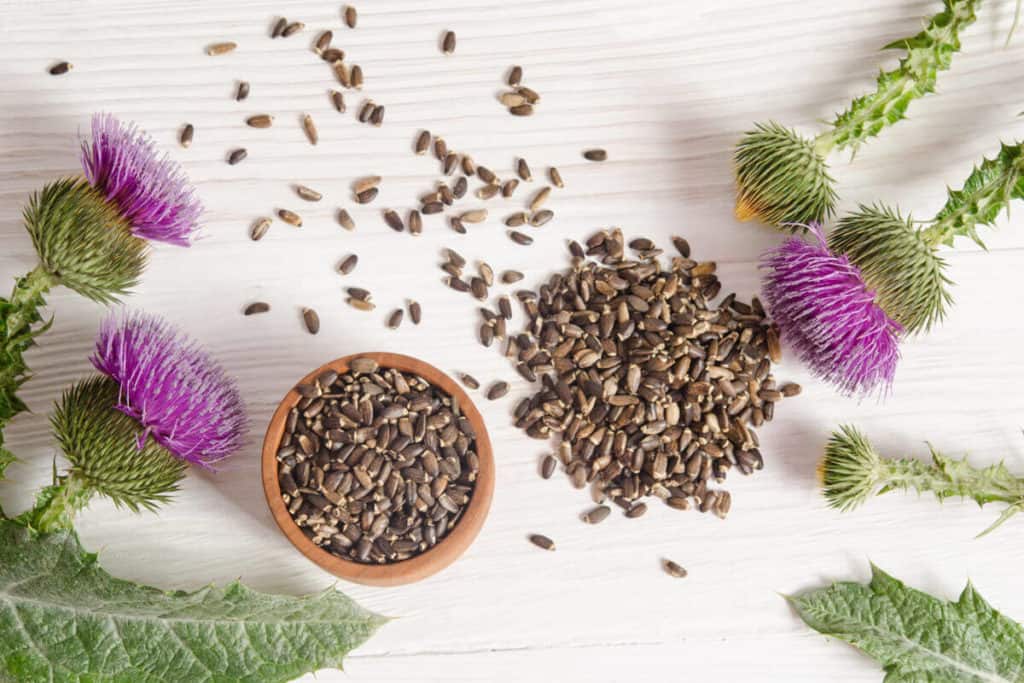 Milk thistle has been used for centuries for its liver protective and antioxidant properties.

Silybum marianum, commonly known as milk thistle, is a member of the Asteraceae family along with sunflowers and daisies. (20) Used as a medicinal plant for centuries, milk thistle was first grown in Europe and used for its hepatoprotective and antioxidant properties. (11) Silymarin, found primarily in the fruit and seeds of the milk thistle plant, contains a complex of active compounds, including silybin, a primary active constituent of milk thistle. (20) These compounds are believed to be responsible for the antioxidant, antiviral, anti-inflammatory, and hepatoprotective properties of milk thistle. (11)(20)

Milk thistle has demonstrated effectiveness in significantly reducing AST and ALT compared to a control. Furthermore, silybin was shown to decrease transaminases levels in NAFLD patients, improving liver function and the prognosis and progression of liver cirrhosis. (2)(12)(23)

A member of the ginger family, turmeric is well known for its medicinal properties and its use as a culinary spice. Turmeric was traditionally used as a medicinal herb for its antioxidant, anti-inflammatory, antimicrobial, and anticancer properties. These effects have been primarily attributed to the actions of curcumin, a polyphenol and primary active constituent of the plant. Curcumin supplements are often found in combination with other ingredients that increase its bioavailability, such as piperine, an active constituent of black pepper. (10)

Further research has indicated that curcumin may reduce ALT, AST, and gamma-glutamyltransferase (GGT) levels. (3)(15)(18) Curcumin has also been shown to suppress proinflammatory cytokines and ameliorate cellular responses to oxidative stress. (3)(7) 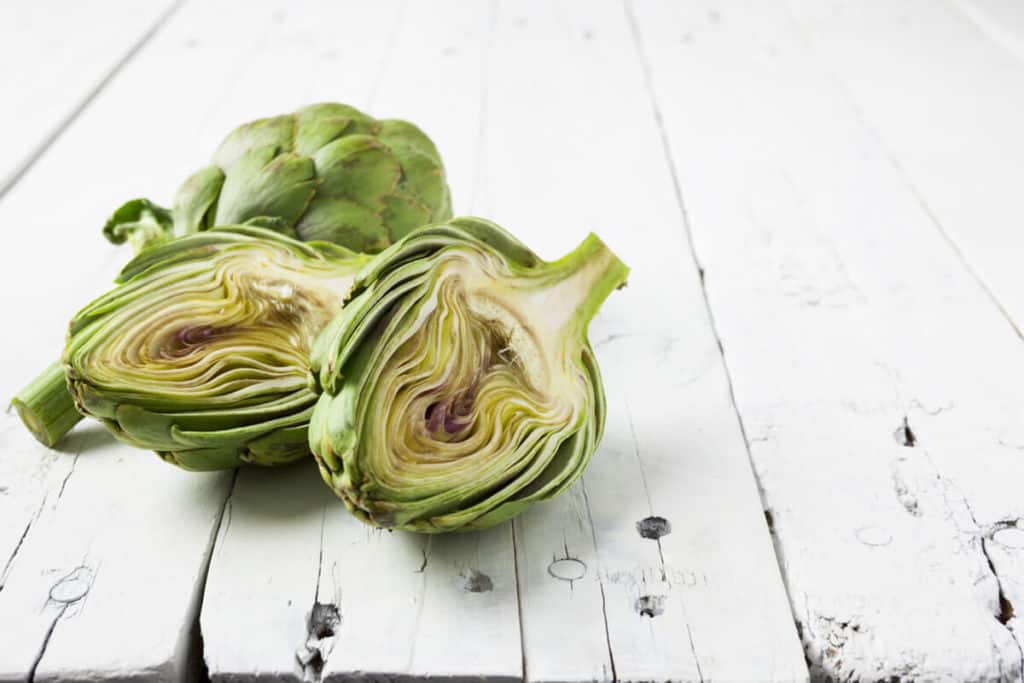 Artichoke may be effective in the treatment of NASH due to its lipid-lowering, bile-enhancing, antioxidant, and hepatoprotective effects.

Like milk thistle, Cynara scolymus, commonly known as artichoke, is a member of the Asteraceae family. Traditionally, artichoke was used in the treatment of certain conditions such as hyperlipidemia. (9) Modern research has demonstrated the lipid-lowering, bile-enhancing, antioxidant, and most significantly, hepatoprotective effects of artichoke. (1) Bioactive compounds identified in artichoke responsible for its antioxidant effects include luteolin, cynarin, caffeic acid, and chlorogenic acid. (9) Artichoke leaf extract has been shown to reduce ALT and AST levels and may improve symptoms associated with NASH. (15)(17)

A well known medicinal mushroom, Ganoderma lucidum has been used in China, Japan, and other Asian countries for over 2000 years. While Ganoderma lucidum is known as reishi in Japan, in China, it is known as lingzhi, the “herb of spiritual potency”. (21)(22) G. lucidum supplements and tea can be produced from the mycelia, spores, and fruit body of the mushrooms. (21) Traditional chinese medicinal applications of G. lucidum include the treatment and prevention of a number of conditions, including immune disorders, cancer, bronchitis, allergies, and hepatitis. It is believed that G. lucidum may play a role in the maintenance of blood glucose levels, modulation of the immune system, and hepatoprotection. (21)

While the use of G. lucidum was previously largely based on cultural and anecdotal evidence, scientific studies are now emerging supporting its health benefits. G. lucidum was shown in one study to reverse mild fatty liver, as well as reduce AST and ALT levels. (4)

Management of NAFLD typically involves lifestyle modification, addressing the presence of metabolic syndrome, managing the complications of cirrhosis, and pharmaceutical intervention when necessary. (6) Several nutrients and botanicals, including vitamin E, turmeric, milk thistle, and artichoke, have demonstrated hepatoprotective properties and beneficial effects in treating NAFLD. A protocol using natural supplements can be used therapeutically on its own or as an adjunct to existing treatment. If you’re a patient, speak to your healthcare practitioner to determine whether these supplements are right for your wellness plan.

If you are a practitioner, view our fatty liver support protocol.