Is Soy Bad for You? Examining the Connection Between Soy and Hormones

The connection between the foods we eat and the hormones that drive many body processes is complex, and there is conflicting information about the health effects of soy in particular. Is soy a healthy source of plant-based protein or is it wreaking havoc on your hormones?

Continue reading to learn more about soy, its health effects, and its impact on hormonal health. 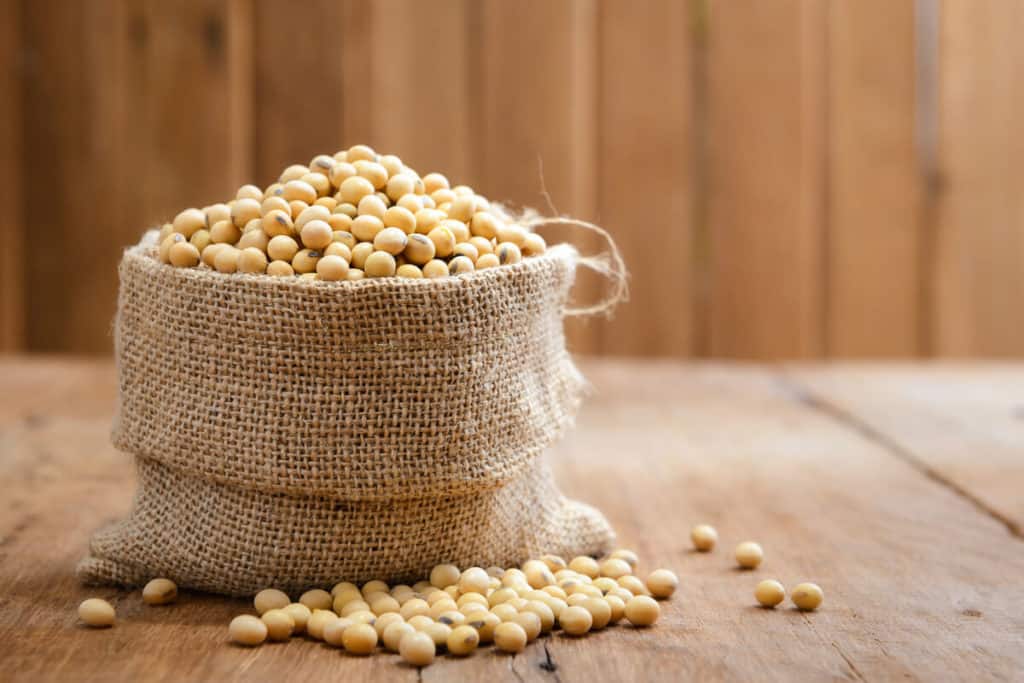 Soy is a nutrient-dense legume, rich in B vitamins, fiber, potassium, and magnesium. (19) Unlike many plant foods, soy is a “complete” protein, meaning it contains the nine essential amino acids that the body cannot synthesize and must be obtained from food. (10)

While soy is a common component of traditional east Asian diets, only recently have individuals started consuming it as a supplemental plant-based protein. In North America, it is now a staple in many vegetarian and plant-based diets, as well as a common ingredient in many food products, including baby food, animal feed, and processed meat replacements. (5)

Soy also contains isoflavones, classifying it as a phytoestrogen, plant compounds that can act like estrogen in the body. (9) It is this component that has led to the debate over its benefits and potential harmful effects. For example, some animal studies have linked phytoestrogens to infertility, leading to a concern about the effects of soy on the human body. (5)

A phytoestrogen is a naturally-occurring chemical in plants, particularly legumes and sprouted vegetables, that exhibits estrogenic activity. (8) Phytoestrogens were first discovered in Australia during in the 1940s when there was an outbreak of infertility among sheep who grazed in a field of clovers, another phytoestrogenic plant. (15)

Phytoestrogens have the ability to bind to estrogen receptors in the human body, potentially mimicking the effects of estrogen, or alternatively, blocking estrogen from acting on certain receptors. Estrogen is a sex hormone involved in key body processes, such as sexual maturation, reproductive health, cardiovascular health, bone health, and cognitive health, in both men and women. (9)

While there are many benefits attributed to phytoestrogens, such as a lowered risk of osteoporosis and heart disease, they are also considered to be endocrine disruptors, which means they can interfere with endocrine (or hormonal) systems. (1)(11)

Phytoestrogens can be divided into three main categories, which include isoflavones, coumestans, and lignans. Some isoflavones have been shown to inhibit pathways involved in cell growth, which can have both positive and negative effects. At high doses, some isoflavones suppress over-expression of cell growth in the brain and can be neuroprotective. (17)

Many of the foods we eat contain phytoestrogens, such as chickpeas and lentils.

Effects and benefits of soy

Generally, soy based products are a nutritious source of protein that are safe to eat three to five times per week. The recent increase in the popularity of soy can be attributed in part to the health statistics coming from populations with high soy intake. For example, East Asian populations tend to consume more soy in their diet and also report lower rates of cardiovascular disease, menopausal symptoms, breast cancer, diabetes, and obesity. (1)(2)(12)(19) In fact, studies have found evidence that soy may lower cancer rates, including breast and prostate cancer rates. (3)(5)(7)(13)(16)(22)

However, there is some evidence, primarily animal studies, that indicate that phytoestrogens may negatively impact parts of the brain and alter behavior by disrupting memory and motor function. (12) Human studies have also provided some evidence that soy may reduce fertility, though these effects are only demonstrated when there is also an extremely high amount of sodium consumed in the diet (up to four times more than someone who eats soy regularly would consume). (9) Currently, there is no conclusive evidence which suggests that certain groups of people can be specifically negatively affected by soy. However, theoretically, individuals receiving hormone therapy or have hormone-sensitive cancer could be at an increased risk and would have unique health considerations. Please consult your healthcare practitioner for information related to your own health.

Tofu, a soy product, is often touted as a health food and an ideal replacement for meat protein.

Not all soy is created equal

Soy products manufactured in the United States are often highly processed, adding in sugars and salts that take away from the health benefits of soy. (5) Due to the rising interest in alternatives to animal proteins, many “fake meat” products, such as vegetarian chicken nuggets, are largely soy-based to provide protein and acts as a filler. (9) Many of these soy fillers contain genetically modified organisms (GMOs), and individuals may choose to seek out organic, non-GMO soy products to reduce the risk of potential harmful effects.

Overall, soy is a nutrient-rich, plant-based protein that has numerous benefits, particularly when consumed as a whole food. (14) Though some controversy exists about the effects of soy on the body, there is no conclusive scientific evidence that points to consistent negative effects across ethnicity, age, and gender, and an increasing amount of evidence seems to support an overall positive long-term health impact.

If you’re a patient, be sure to speak with your integrative healthcare professional if you have concerns about soy intake or supplementing with soy-based protein.