What is a Low-Carb Diet? Health Benefits, Low-Carb Foods, and More!

For individuals who consume the average Western diet, carbohydrates make up approximately 55% of calorie intake. (7) Recommendations to limit carbohydrate consumption from organizations such as the World Health Organization (WHO) are helping to reduce the risk of cardiovascular disease, type 2 diabetes, and obesity. (3) The low-carbohydrate diet, a popular dietary plan that limits carbohydrates, is receiving significant interest, particularly as a weight loss approach.

Carbohydrates, one of the three macronutrients essential for health, include sugars, starches, and fibers. Carbohydrates are naturally found in a variety of plant-based foods and dairy. They are also added to sweeten or flavor foods and beverages and used in food processing for preservation and to improve properties such as texture or viscosity. (4)(17)

All foods and beverages contain various combinations of macronutrients. Dietary sources that naturally provide carbohydrates include:

For further information on carbohydrates, visit the Fullscript blog. 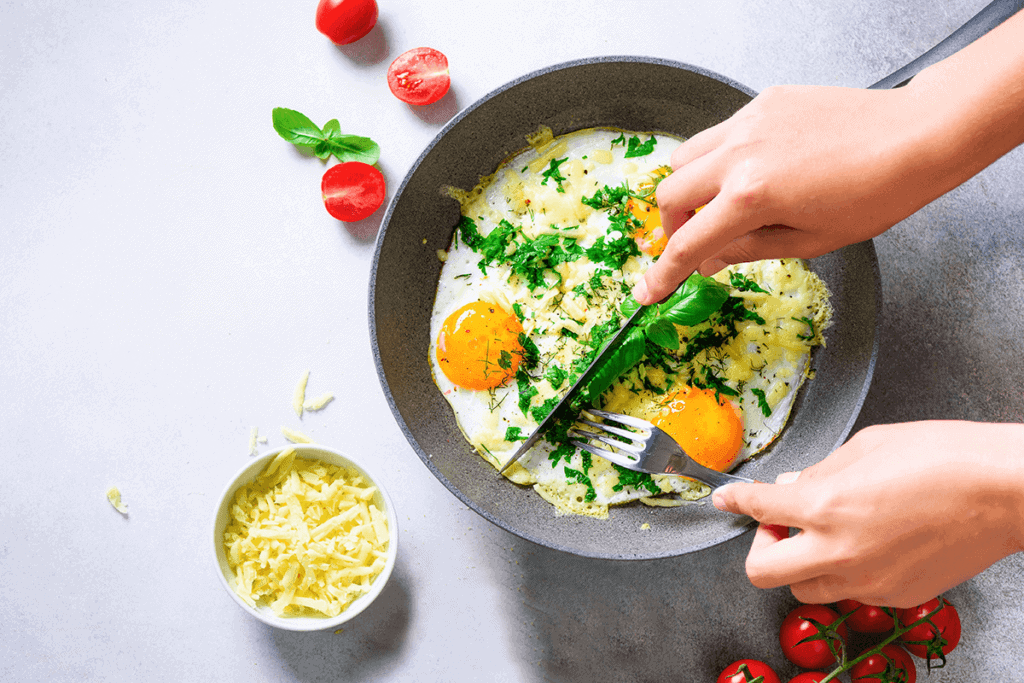 Diets with less than 26% of calories from carbohydrates are considered low-carb. (14)

What is a low-carb diet?

How many carbs in a low-carb diet?

It’s important to note that there is no strict consensus on what constitutes a low-carb diet. Low-carb diets are typically classified by the proportion of total calories consumed from carbohydrates, such as:

There are several popular low-carb diet variations, outlined below, that differ in their macronutrient breakdown and, in some cases, the specific foods that are permitted and/or restricted. Before implementing any dietary changes, it is important to speak to your healthcare provider about your individual health goals and to ensure the diet is right for you.

High-protein, low-carb diets, though not clearly defined, involve reducing the intake of calories from carbohydrates and replacing them with calories from protein. The Paleolithic (Paleo) diet, which mimics the diet consumed by our hunter-gatherer ancestors, is often cited as a high-protein, low-carb diet. The Paleo diet caloric breakdown is estimated to be approximately 35% fat, 35% carbohydrates (moderate carb), and 30% protein (high protein); however, the diet focuses on the quality of carbohydrates rather than the specific quantity. (3)

The Atkins diet was originally developed in 1972 as a low-carb, low-sugar diet for weight loss. Today, there are two versions of the low-carb Atkins diet, one which initially restricts daily carbohydrate intake to 20 g of net carbs (total carbs minus fiber) and the other to 40 g of net carbs per day. Both versions include three servings each of protein and healthy fats per day and permit a gradual increase in carbohydrates over time. (1)

The ketogenic (keto) diet, a very low-carb, high-fat diet, generally involves restricting carbohydrates to less than 50 g per day and consuming approximately 60 to 75% of calories from fat. (10)

The South Beach diet plan has three phases of dietary restriction. The first two weeks (phase one) involve eliminating carbohydrate-rich foods, such as alcohol, baked goods, bread, pasta, and potatoes. This is followed by phase two, during which fruit and whole grains are gradually reintroduced, and phase three, during which the quantity and variety of fruit and whole grains are increased. (13)

The Zone diet is a calorie-reduced, moderate-carbohydrate diet with a caloric breakdown of 40% carbohydrates, 30% protein, and 30% fat. The Zone diet permits whole grains, restricts other carbohydrate sources, and encourages the consumption of low-fat protein and healthy fats (i.e., monounsaturated fat and omega-3 fatty acids). (13) 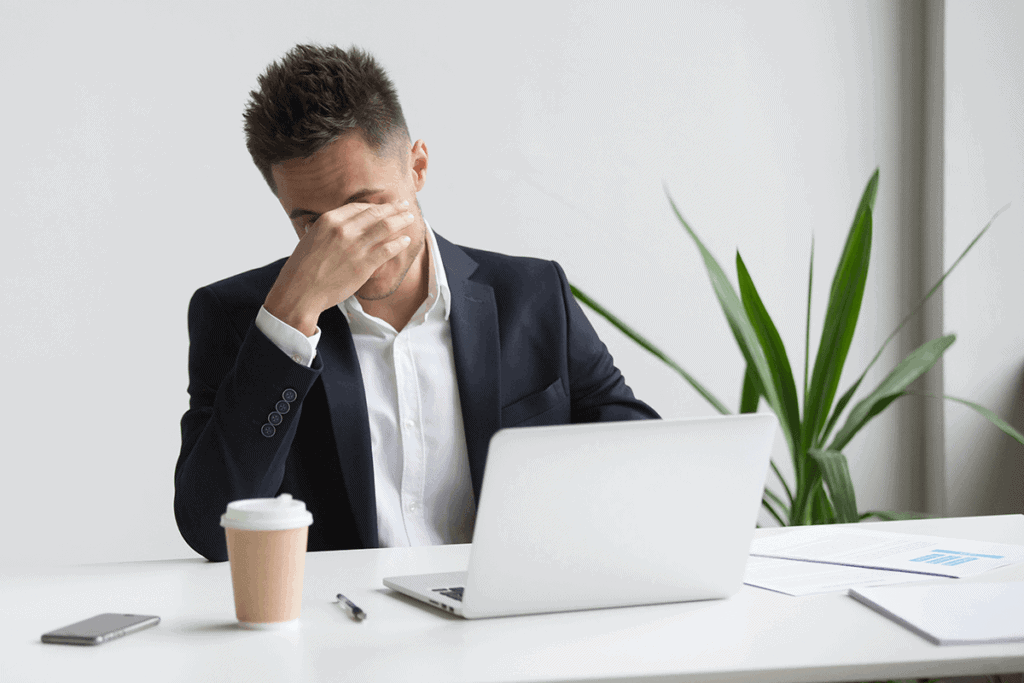 Scientific evidence suggests that excessive carbohydrate intake, particularly from refined grains, starches, and added sugars, may be harmful to health and associated with a higher risk of conditions such as metabolic syndrome, obesity, and type 2 diabetes. (7) Correspondingly, low-carb diet research has predominantly focused on the diet’s cardiometabolic and weight loss effects. (14)

A study evaluated dietary data from the Nurses’ Health Study, which included over 82,000 female nurses during 20 years of follow-up. The study concluded that diets lower in carbs and higher in plant-based sources of fat and protein are associated with a moderate reduction of coronary heart disease risk. Overall, a diet lower in carbohydrates and higher in fat and protein was not associated with increased coronary heart disease risk in females. (9)

A systematic review that examined several trials including a total of over 2,400 individuals found that, compared to controls, carbohydrate-restricted diets had greater reductions of hemoglobin A1c (HbA1c), a marker of average blood sugar levels, at three and six months. There was a greater effect on HbA1c with low-carbohydrate diets that included less than 26% of total calories from carbohydrates. (16) This research helped inform recent recommendations from the American Diabetes Association and the European Association for the Study of Diabetes, which identify low-carbohydrate diets as one of the dietary interventions to improve glycemic control. (5)

A commonly-voiced concern with the low-carb diet relates to the increased consumption of fats and proteins and the effects this may have on lipid levels, including triglycerides and cholesterol, markers of metabolic health. Research indicates that low-carb diets may slightly increase low-density lipoprotein (LDL) cholesterol, but have beneficial effects on high-density lipoprotein (HDL) cholesterol and triglycerides, (6)(8)(12) contributing to an improved overall lipid profile.

There is a significant amount of research examining the effects of a low-carb diet plan for weight loss. One meta-analysis that compared the effects of low-carbohydrate and low-fat diets in overweight and obese adults concluded that low-carb diets were associated with greater improvements in weight loss and atherosclerotic cardiovascular disease (ASCVD) risk. (15)

Low-carb diet plans may result in weight loss due to a variety of factors, such as increased satiety from consuming more fat and protein, decreased hypoglycemic response (more balanced blood sugar levels), and a metabolic shift referred to as ketosis, in which the body shifts from burning glucose (sugar) as its primary source of energy to burning lipids (fat) and lipid-derived ketones. (3)(14) Restricting carbohydrate intake to under 50 g daily for several days is often required to enter nutritional ketosis, though individual thresholds vary. (11)(14)

Most low-carb diets and moderate-carb diets permit certain carbohydrate-containing foods, typically in their whole-food form, and low-carb foods, including:

Foods that are commonly restricted on a low-carb diet include:

Very low-carb diets, such as the keto diet, further limit the intake of carbohydrates by restricting:

You don’t have to feel limited while following a low-carb diet. There are many websites, cookbooks, and wellness apps that offer low-carb diet recipes. Diet tracking apps can help you identify low-carbohydrate foods and monitor your carbohydrate intake to stay within your goals. To help you get organized in the kitchen, download a weekly meal planner.

Side effects that have been reported for low-carb diets include:

Additionally, there are some concerns regarding the safety of following a low-carbohydrate diet long term. Low-carb diets have been associated with low micronutrient and fiber intakes; however, an integrative healthcare practitioner can provide support to ensure that nutrient needs are met with a well-planned diet. (3)

There are many variations of the low-carb diet that are popular today. Following a low-carb diet has been associated with reduced cardiovascular disease risk, (9) improved glycemic control in diabetes, (16) improved metabolic markers, (10) and increased weight loss. (15) If you’re considering the low-carbohydrate diet, check with your practitioner to help ensure safety and optimize your results.