What is Manganese?: Manganese Benefits, Foods, and More

Have you ever stopped to look at the label of your multi-mineral supplement and wondered, “what is manganese?”. Many people confuse manganese with magnesium, but in fact, they are two separate and equally important elements. Keep reading to discover the benefits of manganese and why your brain, nervous system, and metabolism will rejoice the next time you see it on your supplement label!

Manganese is an essential mineral involved in the normal functioning of the brain, nervous system, and enzymes involved in metabolism (our ability to make energy from the foods we eat). Manganese is naturally present in rocks, soil, water, and food. (11)(18) Even though it is technically classified as a metal, manganese is a common ingredient in various multi-mineral supplements. (7)

Due to its vital role in metabolism, when manganese is absorbed into the body, it is transported to organs rich in mitochondria, such as the liver, pancreas, kidneys, and brain. (11)(14)

Did you know? The word manganese is derived from the Greek word for magic (8)–fitting as there is still a lot unknown about how this essential trace element impacts our health!

At this point you might be thinking, “Wait, is manganese the same as magnesium?”. They certainly sound alike and perform many similar functions in the body; however, manganese and magnesium are two separate substances. Although they are both sourced from soil and water, manganese is classified as a trace metal and only needed by the body in very small amounts. (14) Magnesium, on the other hand, is a macromineral and needed by the body in much larger amounts. (13) 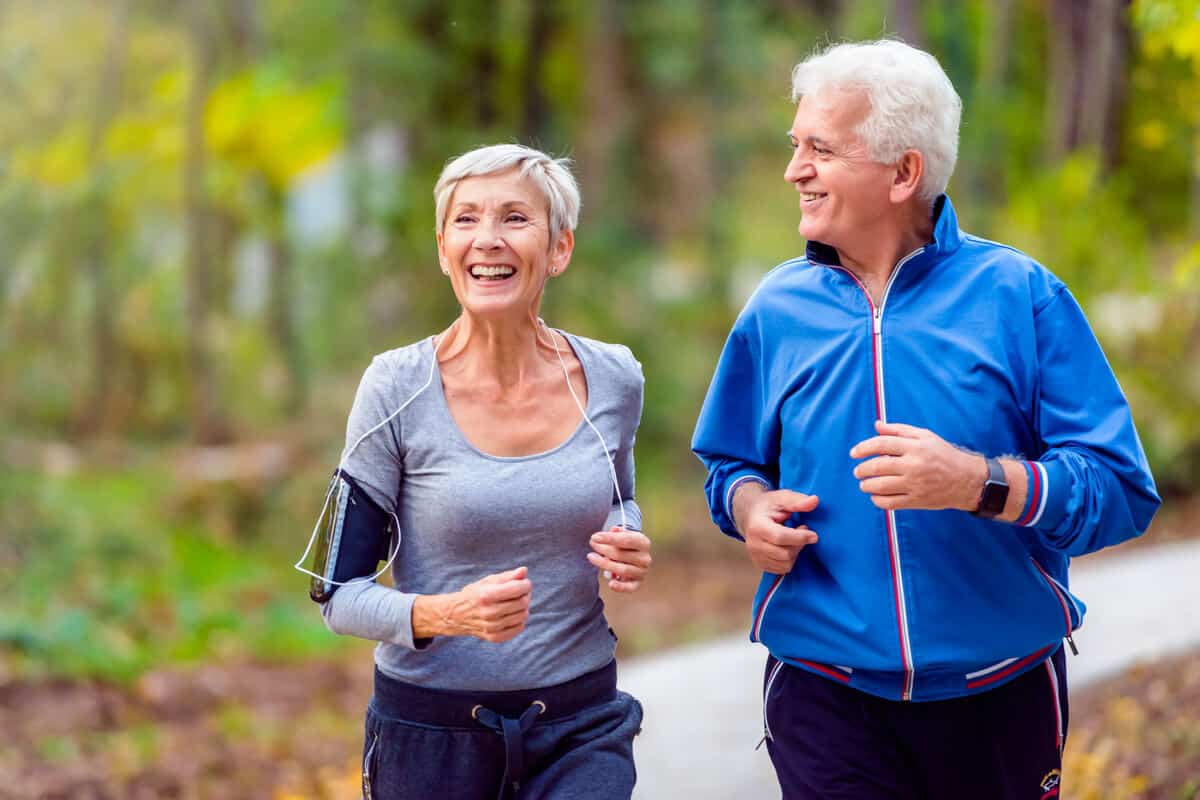 Manganese contributes to a healthy metabolism, energy, and strong bones.

What is manganese used for?

In the body, manganese offers health benefits for the brain, bones, and cellular processes.

As a vital cofactor in numerous enzymatic processes, manganese is good for the health and physiology of the brain and central nervous system. Manganese catalyzes the conversion of the amino acid glutamine into glutamate, (7) after which it can be used as an important neurotransmitter to signal between nerves. Manganese is also one of the rare substances that can travel across the blood-brain barrier. This action is important in order to metabolize glucose, the primary source of energy for the brain. (1)

Manganese is an important cofactor for many enzymes, helping them activate and regulate various processes in the body. For example, manganese assists in the metabolism of carbohydrates, sugars, and fats from our diet. (11) It assists in the normal synthesis and secretion of insulin, (11) the hormone that directs glucose in the cells where it can be used for energy.

Moreover, it plays a vital role activating essential antioxidants in our body. It is the main cofactor in the production of manganese superoxide dismutase (MnSOD), a principal enzyme responsible for scavenging free radicals and reducing cellular stress. (11)

Around 25 to 40% of the manganese in the body is stored in bone. (14) Manganese benefits strong bones by acting as a cofactor in the formation of bone cartilage, bone collagen, and bone mineralization. (2) Individuals with osteoporosis (weak and brittle bones) may benefit from manganese intake, although evidence is limited. As a cofactor in the creation and maintenance of strong bones, manganese is believed to work alongside calcium, vitamin D, and magnesium to contribute to bone mineralization. (2) In some studies, individuals with osteoporosis have been shown to have low blood manganese levels. (2) Other studies have examined the role of manganese supplementation. A two-year clinical trial of post-menopausal women showed that supplementing with manganese, zinc, copper, and calcium was more effective at building mineral density than supplementing with calcium alone. (17) However, more research is needed, as clinical trials have yet to study the role of manganese supplementation alone on bone health. (14)

Manganese also works with vitamin K to support proper blood clotting and prevent excessive bleeding. (1) A 2002 study showed that when manganese ions were present with tissue factor, a protein in our blood that supports blood clotting, (3) coagulation time shortened. (20)

Due to the role that manganese plays in glucose and carbohydrate metabolism, it has been hypothesized that a manganese deficiency may affect glucose tolerance. (14) One 2014 Korean cross-sectional study was conducted to examine blood manganese levels and diabetic status, including level of kidney function. The study included 3996 participants aged 20 and older. The findings demonstrated that blood manganese levels were significantly lower in the diabetic and renal dysfunction groups compared to the control groups with normal blood sugar and kidney functioning. This suggests that manganese levels play a role in maintaining normal glucose levels and kidney health. (10)

Endocrine disruption is associated with higher levels of metal in the body. A case-control 2017 Chinese study investigated levels of 12 metals, including manganese, in the plasma of 551 participants. The results concluded that higher levels of these metals were associated with increased diabetic pathology. (12) Another study from 2008 in Pakistan aimed to compare the levels of essential trace elements (chromium, copper, iron, manganese, nickel, and zinc) in biological samples of people who had type 2 diabetes to a healthy control group. Results showed low levels of manganese in blood and hair samples from the diabetic group, in addition to higher urinary excretion. The authors concluded that a deficiency of essential trace elements may play a role in the development of diabetes. (9) However, more research is needed to fully understand the relationship between manganese and diabetes.

Manganese is prevalent in various foods. The recommended daily allowance of manganese for adults age 19 and over is 1.8 mg per day for women and 2.3 mg per day for men. (16) Manganese-rich foods include:

You can also find small amounts of manganese in drinking water. (11)(14) The concentration of manganese in water varies, but it is typically found at levels of 1 to 100 ug per liter (34 fl oz). (2) 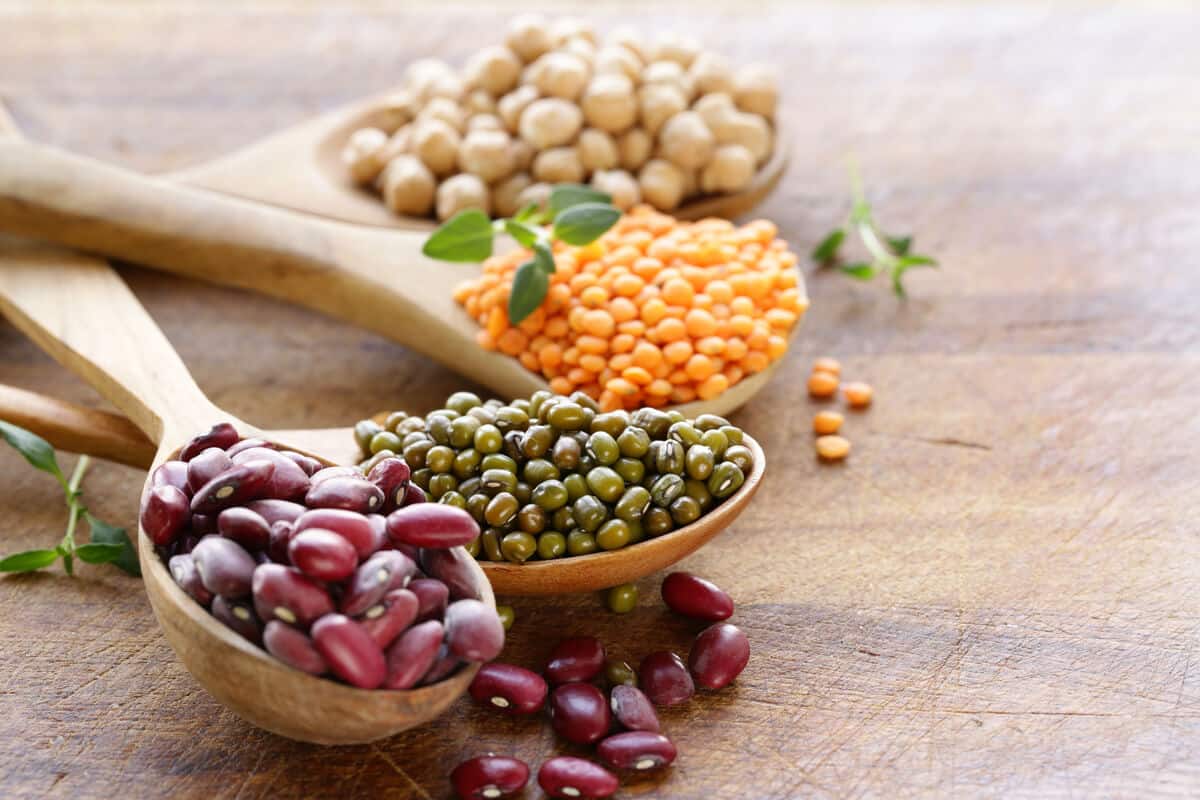 Legumes such as peas and beans are an excellent source of manganese in the diet.

If you are unable to meet your manganese requirements from food and water alone, supplementation may be warranted. Always speak with your healthcare provider before adding supplements to your wellness plan.

Minerals such as iron, calcium, and magnesium have been found to alter the retention of manganese in the body. Iron accumulation is associated with decreased manganese absorption, likely due to the fact that iron and manganese share the same transporter in the intestine. (5)(14) Decreased bioavailability of manganese has also been documented with both calcium (13) and magnesium supplementation. (4)

Always speak with your healthcare provider before adding supplements to your wellness plan to help avoid interactions and ensure you are optimally absorbing your nutrients.

Manganese deficiency is very rare in humans due to its prevalence in foods and the environment. Deficiency may occur with low intake (less than 1 mg per day). Symptoms of manganese deficiency include impaired growth, skeletal abnormalities, impaired glucose tolerance, and impaired metabolism of fats and sugars. (2)

As a metal, the more common threat associated with manganese exposure is toxicity, referred to as manganism. (1) When taken in excess, either through food, contaminated water, or large doses of supplements, manganese toxicity can present as severe neurological impairments (resembling those seen with Parkinson’s disease), (15) altered cardiovascular function, and possible liver damage. (15)

Due to the severe implications of manganese neurotoxicity, adults ages 19 years and older should not exceed the tolerable upper limit of 11 mg per day. (14)

Manganese is an essential trace mineral involved in a number of body processes such as effective metabolism and bone-building. Although manganese is widely prevalent in food and water, if you are unable to meet your manganese requirements your healthcare provider can help you decide if supplementation is right for you. The next time you see manganese on your supplement label, take a moment to appreciate this unique trace element for its role in metabolism, brain, and bone health!