What You Need To Know About Brain Injuries

Your brain is the most important organ in your body, responsible for controlling the actions your body takes to keep you alive and well. Billions of long neurons (nerve cells) link together, and with other cells in your body to form the trillions of connections your brain uses to keep your mind and body functioning properly. (12) When your brain is injured, it can have a severe impact on your life, and these injuries can happen quite easily. A brain injury can occur from an event as intense as a motor vehicle accident or as commonplace as a fall. Continue reading to learn how to identify and recover from a brain injury.

Types and causes of brain injury

An acquired brain injury (ABI) is damage to the brain that occurs after birth, meaning it is not related to a birth defect or degenerative disease. Most commonly, this term is used to describe brain injuries that have non-traumatic causes. (2) Many non-traumatic cases are caused by a lack of oxygen to the brain, whether it is a total loss (cerebral anoxia) or reduced flow of oxygen (cerebral hypoxia), that triggers brain cell death. Hypoxic brain injuries, which can be caused by numerous events, such as a head trauma, stroke, or cardiac arrest, can sometimes be difficult to diagnose if the brain is receiving enough oxygen to maintain its basic functions, often only presenting with mild symptoms such as inattentiveness or uncoordinated movements. (3)(13) 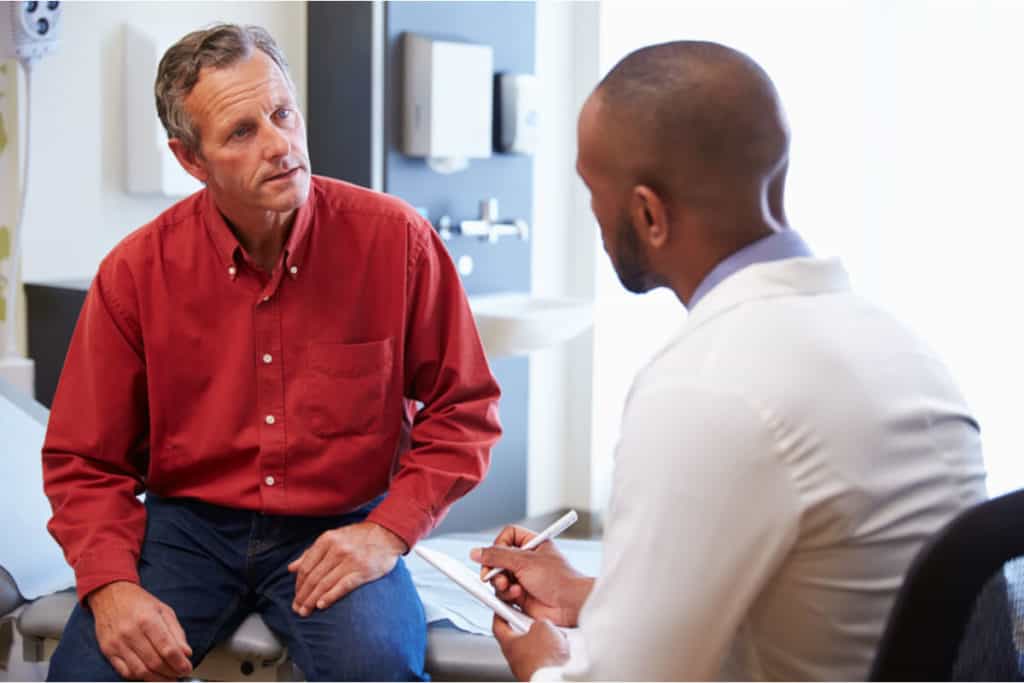 In cases of traumatic brain injury, the damage is caused by an external force, such as a fall or motor vehicle crash. Impact to the brain is a common cause of TBI; however, TBIs can also result from other circumstances such as whiplash. This impact can damage your brain cells directly or the connection between the brain cell neurons. TBIs are typically characterized by the resulting damage. For example, mild TBIs are characterized as concussions, whereas moderate or severe TBIs are characterized as catastrophic brain injuries. (1)

Diagnosing a brain injury as a concussion can be difficult often because no physical or structural changes are identified by tests when a concussion has occurred (e.g., brain bleed). (10) Instead, concussions are often recognized by their signs and symptoms, such as dizziness, nausea, reduced attention and concentration, memory problems, and headache. In rare cases, concussions can also lead to a loss of consciousness; however, if the loss of consciousness lasts longer than 30 minutes, this would typically be considered a moderate or severe TBI. (1) Repeated concussions or head injuries can lead to a condition known as chronic traumatic encephalopathy (CTE). CTE is a condition that can appear years or decades after an initial brain injury. (16) CTEs typically develop progressively after repetitive brain injuries that occur earlier in life. These are often seen in athletes competing in contact sports, such as professional football players or boxers. In the early stages, we may see symptoms such as speech problems or impaired balance, and these may progress to more debilitating brain injury symptoms like ataxia (uncoordinated muscle movements impacting actions such as walking and eye movements), slowness of movements, or tremors. (11)

Did you know? In 2014, about 2.87 million brain injuries were reported in the United States as a result of trauma. (6) In Canada, approximately 165,000 individuals per year are affected by serious traumatic brain injuries. (15)

Catastrophic brain injuries have a quick onset and are a result of intracranial bleeding (bleeding within the skull) or cerebral contusions (bruising on the brain from blood vessel damage). These are more dangerous than concussions and require immediate medical attention. Signs that a bleed or bruising in the brain has occurred after trauma to the head include: 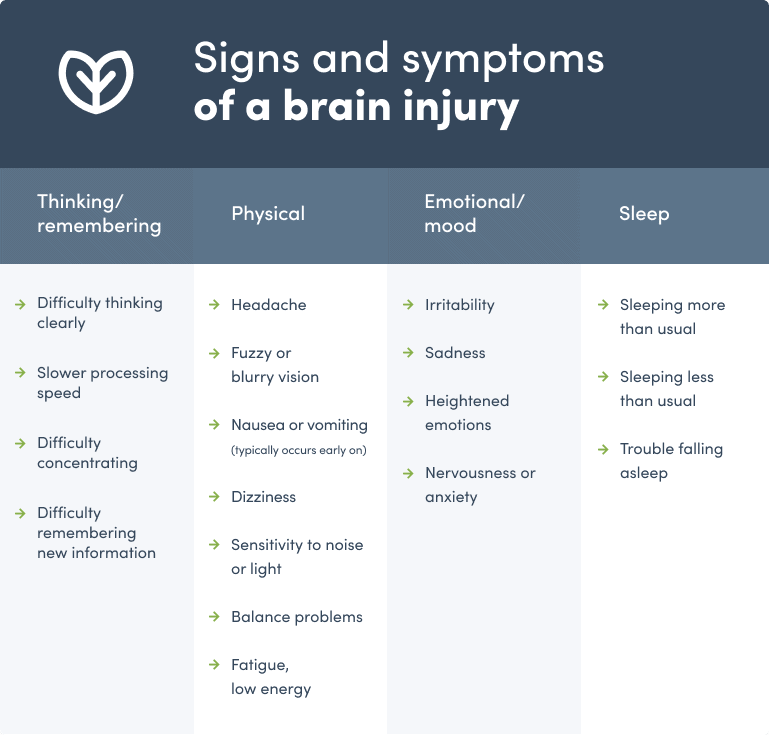 When dealing with a brain injury, it is important to get the right healthcare support to recovery, and it’s also great to know what natural methods and treatments are available to support your recovery. Though most symptoms of a mild brain injury resolve themselves quickly, up to 20% of people continue to experience some persistent complaints. (14) This persistence is referred to clinically as post-concussion syndrome (PCS), and those who suffer from PCS may experience headaches, fatigue, anxiety, and cognitive problems (e.g., impaired memory, attention, and concentration). (8) To help reduce your risk of PCS, be patient with your body while it heals. As part of your recovery, your practitioner may recommend certain diet and lifestyle modifications, including: 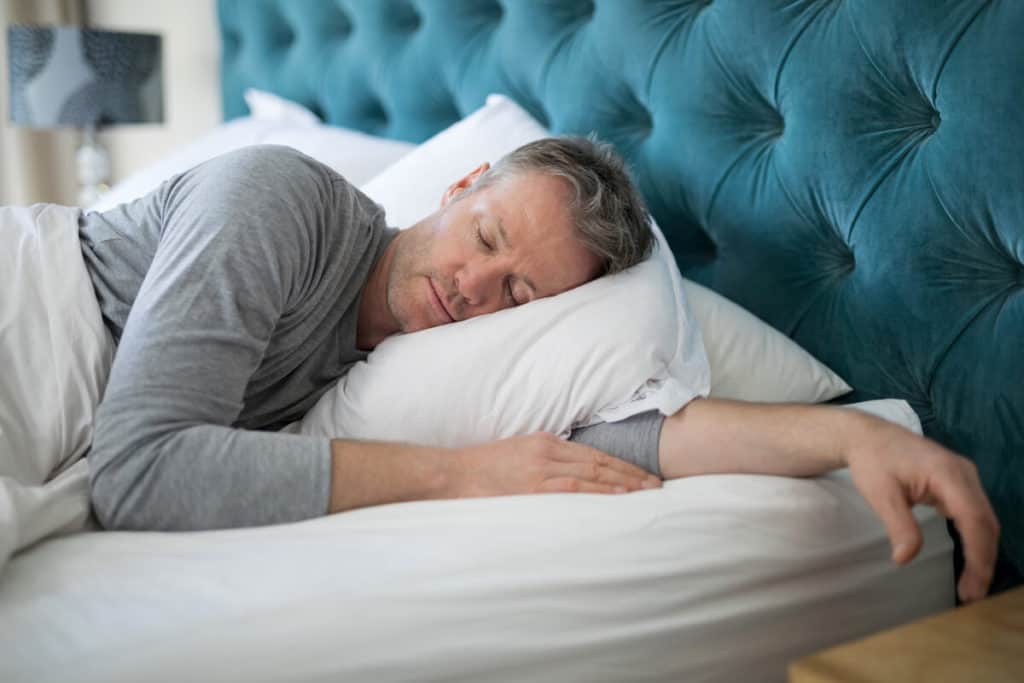 Getting adequate sleep is essential for speedy recovery from a brain injury.

One comment on “What You Need To Know About Brain Injuries”