An Integrative Approach to Autoimmune Conditions

Autoimmune diseases are a group of at least 80 health conditions that involve an immune-mediated attack on the body’s own tissues. (17) One of the leading causes of death and disability, autoimmune conditions currently affect more than 20 million individuals in the United States. (15)(17) Management of these conditions is estimated to cost more than 100 billion dollars per year, placing a significant and growing burden on the healthcare system. (18) 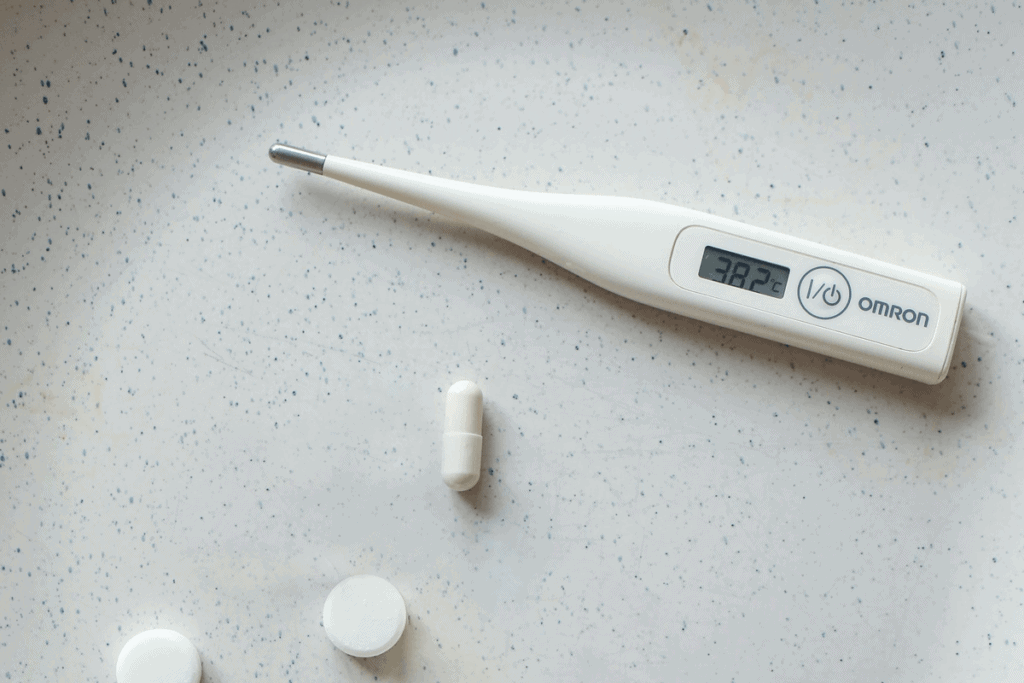 What is autoimmune disease?

In healthy individuals, the body is able to differentiate between “self” and “non-self “. This is an integral feature of the immune system, allowing it to recognize invaders and defend the body against harmful pathogens while protecting host tissues. (15)(18) In individuals with autoimmunity, immune dysfunction is characterized by self-reactive lymphocytes (e.g., T and B cells) and autoantibodies that target self-antigens, leading to tissue damage, inflammation, and loss of function in affected tissues. (6)(15)(16)

Autoimmunity can be systemic or organ-specific. Systemic autoimmune conditions, such as systemic lupus erythematosus (SLE), affect a number of organ systems throughout the body and often involve diverse genetic factors, clinical features, and autoantibodies. In comparison, organ-specific autoimmune conditions, such as thyroiditis and Addison’s disease, only affect tissues that contain a specific auto-antigen. (16)

Some examples of well-known autoimmune conditions include:

Identified risk factors and triggers for autoimmune disease include: 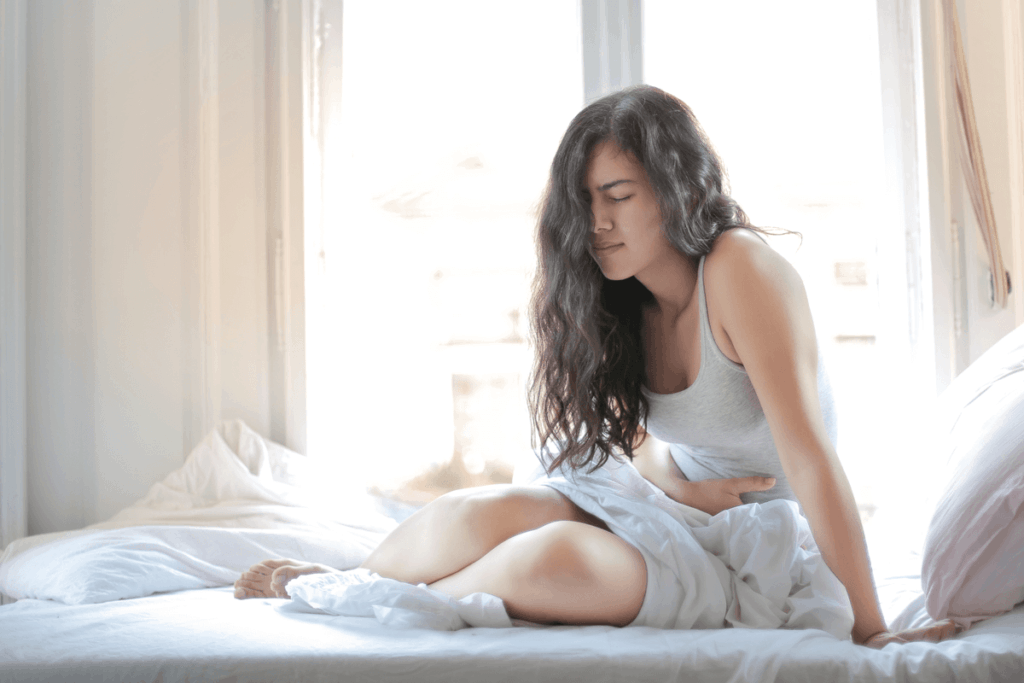 Common signs of autoimmune disease include fatigue, pain, and a low-grade fever.

Autoimmune diseases can affect various parts of the body, and symptoms typically depend on the affected tissues. For example, an individual with RA typically presents with joint pain and stiffness, while an individual with thyroiditis may experience fatigue, weight gain, and muscle pain.

However, different conditions may present with certain similar symptoms, particularly at onset, such as:

Autoimmune diseases are chronic conditions that require life-long management. (12) The traditional approach to treatment involves the use of immunosuppressive medications, such as TNFα inhibitors. Despite being considered the “gold standard” for the treatment of autoimmune conditions, a significant number of individuals do not respond adequately to treatment. Additionally, long-term use of these medications can lead to severe side effects and leave patients vulnerable to opportunistic infections and an increased risk of cancer. (6)(18)

An integrative approach to treatment may incorporate dietary and nutrient therapy, as well as lifestyle interventions, such as strategies for better sleep, mindfulness, and avoidance of environmental triggers.

The autoimmune protocol (AIP) diet has been proposed as a possible dietary intervention for autoimmune conditions. The AIP diet eliminates potential inflammatory triggers from the diet, including grains, dairy, eggs, legumes, nightshades, coffee, alcohol, nuts, and seeds, as well as refined and processed sugars, oils, and food additives. The diet also emphasizes the intake of freshly prepared, nutrient-dense foods, fermented foods, and bone broth. Similar to an elimination protocol, after a period of time, individuals may reintroduce foods gradually to identify individual dietary triggers. (1)

Some studies suggest that this dietary protocol may improve autoimmune disease symptoms, immune markers, and inflammation in individuals with autoimmune conditions. Patients with Crohn’s disease and ulcerative colitis followed a six-week elimination protocol, followed by a five-week maintenance period. Subjects demonstrated improvements in symptoms and endoscopic inflammation. (9) In another study, middle-aged women with Hashimoto’s thyroiditis following an online AIP diet and lifestyle program. Improvements were reported in health-related quality of life and disease symptoms. Levels of inflammation also improved, demonstrated by a decrease in mean high-sensitivity C-reactive protein (hs-CRP). (1)

In addition to overall dietary patterns, research has also identified a number of nutrients that have been shown to be beneficial in cases of autoimmunity.

Curcumin, the primary active component of turmeric (Curcuma longa), has been traditionally used for pain and wound-healing. (2)(3) As it is well-known for its anti-inflammatory properties, several human and animal studies have examined the therapeutic potential of curcumin intake in a number of autoimmune conditions. (3)

A review of in vitro, pre-clinical, and clinical trials examined the modulatory effects of curcumin on dendritic cells, T cell subsets, and cytokines in SLE. The review concluded that curcumin modulates pro-inflammatory cytokines and defective immune cells. (13) Furthermore, a pilot clinical study examined the effects of curcumin and diclofenac sodium, alone or in combination, in patients with RA. Results demonstrated that the group receiving curcumin had the greatest improvements in symptoms of RA, significantly better than the group receiving diclofenac sodium. (4)

Omega-3 fatty acids possess anti-inflammatory and immunomodulatory effects. (8)(23) These properties appear to be a result of their actions on eicosanoid formation, intracellular signalling pathways, gene expression, and transcription factor activity. As a result, omega-3 fatty acids have been proposed as a possible therapeutic intervention for inflammatory and autoimmune conditions, such as RA, SLE, Crohn’s disease, and ulcerative colitis. Results from several animal and clinical intervention studies have been positive, demonstrating that omega-3 (e.g., fish oil) supplementation may decrease disease activity and reduce the need and use of anti-inflammatory medications. (23)

For example, several controlled trials have noted the efficacy of omega-3 fatty acids in the treatment of RA. In one 12-week double-blind, placebo-controlled study, RA patients received 3.6 g of omega-3 fatty acids per day or a mixture of fatty acids similar to that found in an average diet. Compared with the group placebo group receiving a mixture of fatty acids, those receiving fish oil experienced reduced morning stiffness and increased grip strength. In another study, patients who consumed 130 mg/kg of EPA/DHA over 26-30 weeks also experienced a decrease in morning stiffness, as well as pain and joint tenderness compared with a placebo group. (8)

There is a large body of research dedicated to examining the role of the gut microbiota in immune health. In autoimmune disease, several studies have noted imbalances in gut microbiota compared to healthy individuals, indicating the possible involvement of microbial composition in the pathogenesis of these conditions. (7)(10) These imbalances, known as dysbiosis, are characterized by decreased diversity and function of bacteria, and are associated will inflammation, impaired function of the epithelial barrier, and decreased counts of regulatory T cells in the gut mucosa. (7)

Probiotics have been shown to promote a healthy composition of microbiota in the gastrointestinal tract and modulate the systemic immune response. (7) The use of probiotics in autoimmune conditions, such as RA, IBD, and MS, may improve gastrointestinal symptoms and systemic inflammation. Studies have shown that probiotic supplementation may improve symptoms, such as joint pain and swelling, inflammatory markers, and disease activity in individuals with RA. In cases of MS, one study suggested that L. reuteri may improve symptoms and overall quality of life. (10) Certain strains of probiotics, such as L. rhamnosus and various Bifidobacterium species, appear to be beneficial in the prevention and treatment of IBD. (10)(20)(26)

While it is often discussed in relation to its role in calcium-phosphorus homeostasis and bone metabolism, (21)(27) vitamin D also appears to play a key role in regulating immune responses and gene expression. (27) This regulatory effect is thought to be attributed to the role of vitamin D in transcriptional regulation of immune cell lineages, as well as its ability to bind to vitamin D receptors (VDR) expressed by most immune cells, such as monocytes, lymphocytes, dendritic cells, and macrophages. (21)(27)

Furthermore, vitamin D deficiency has been associated with immune system dysregulation, as well as the development of a number of chronic inflammatory and autoimmune conditions, such as RA, T1D, MS, and SLE. (21)(27) It has, therefore, been suggested that vitamin D supplementation in patients with autoimmunity may improve disease severity or enhance therapeutic effects when administered concomitantly with certain pharmaceutical medications. (6) While animal studies have shown that vitamin D supplementation can reduce inflammation, prevent autoimmunity, and slow disease progression, results of human clinical trials have been inconclusive and larger, randomized controlled trials are needed. (21)(27)

Individuals with autoimmune conditions often suffer from sleep difficulties, and fatigue is the most commonly reported complaint among these individuals. There also appears to be a bidirectional relationship between circadian rhythm disturbances and autoimmune disease. Melatonin may help combat fatigue by regulating circadian rhythms and inducing anti-inflammatory and antioxidant effects. (28) Certain lifestyle habits, such as limiting screen time and caffeine intake, particularly before bed, can also help promote better sleep.

If you’re a practitioner, view our sleep support protocol.

Incorporating mindfulness techniques, such as yoga, qigong, and mediation, can help promote relaxation and improve negative thought patterns. Qigong is an ancient health practice used in Traditional Chinese Medicine that incorporates slow movements, breathing, and meditation. Research has demonstrated that qigong training has a statistically significant effect on immune markers and the immune response. One study examined the acute effects of qigong on immune cell counts one hour post-training. Compared to the control group, the experimental group demonstrated a greater number of B lymphocytes and lower numbers of NK cells, indicating an acute immunomodulatory effect. (24)

Another study examined measures of stress, inflammation, and psychological health in experienced meditators compared to a control group. Results demonstrated that meditators had a smaller neurogenic inflammatory response, as well as lower cortisol and perceived stress levels following the Trier Social Stress Test (TSST). Meditators also reported a greater sense of well-being and resilience. The researchers concluded that long-term meditation practice may improve resilience to stress and neurogenic inflammation, (19) an inflammatory response that may contribute to the development of autoimmunity. (5)

Research has identified a number of possible environmental toxins associated with immune dysfunction and autoimmunity, including:

Autoimmune conditions are a group of chronic conditions characterized by immune-mediated attack on the body’s own tissues. Currently, immunosuppressive medications are considered the “gold standard” for the long-term management of these conditions. Unfortunately, many individuals fail to respond adequately and long-term treatment places individuals at risk for severe complications. (6)(18) An integrative approach to autoimmune disease treatment may include dietary and nutrient interventions, as well as lifestyle modifications. Further studies are needed to define the etiology of these conditions and identify effective alternative and adjunctive treatments. If you’re a patient, speak to your integrative healthcare practitioner for specific recommendations.