The Autoimmune Protocol Diet: is it the Best Diet for Autoimmune Disease?

Autoimmunity is a disorder of the acquired immune system. This system is responsible for identifying, targeting, and eliminating pathogens such as bacteria, parasites and viruses. In individuals with autoimmune conditions, the immune reaction is irregular and targets the body’s own tissues. Examples of autoimmune diseases include Grave’s disease, multiple sclerosis (MS), psoriasis, rheumatoid arthritis, and type 1 diabetes. (12)

Diet is connected to autoimmunity and autoimmune disease through its effects on the gut and gastrointestinal microbiota, the collection of microbes residing in the gut. Dietary changes have been shown to affect the function and composition of these microbes, which is associated with immune system changes. (17)

Preclinical research suggests that modifying populations of certain gut bacteria may result in a disordered immune response and inflammation in the central nervous system. (7) Certain dietary factors may impair the integrity of the gastrointestinal (GI) barrier, resulting in increased intestinal permeability, commonly referred to as leaky gut. (16) When this occurs, harmful substances may cross the GI barrier from inside the gut to the bloodstream and lymphatic system to be circulated throughout the body, (11) triggering the immune system to respond to these substances. (10) Leaky gut has been associated with autoimmune conditions such as celiac disease, (14) rheumatoid arthritis, (13) and type 1 diabetes. (2)

A healthy diet can also positively influence the microbiota and, as a result, reduce inflammation and autoimmunity. Certain beneficial bacteria and the metabolites they produce may have a protective effect against inflammation and autoimmune conditions such as MS. For example, various bacteria in the gut produce short-chain fatty acids (SCFAs), which have an anti-inflammatory effect in the gut. (7)

Additionally, certain elimination diet interventions have been suggested as autoimmune disease diets, such as a gluten-free diet, which is a treatment for and may be protective against celiac disease, (6) as well as the autoimmune protocol diet, examined in detail below. 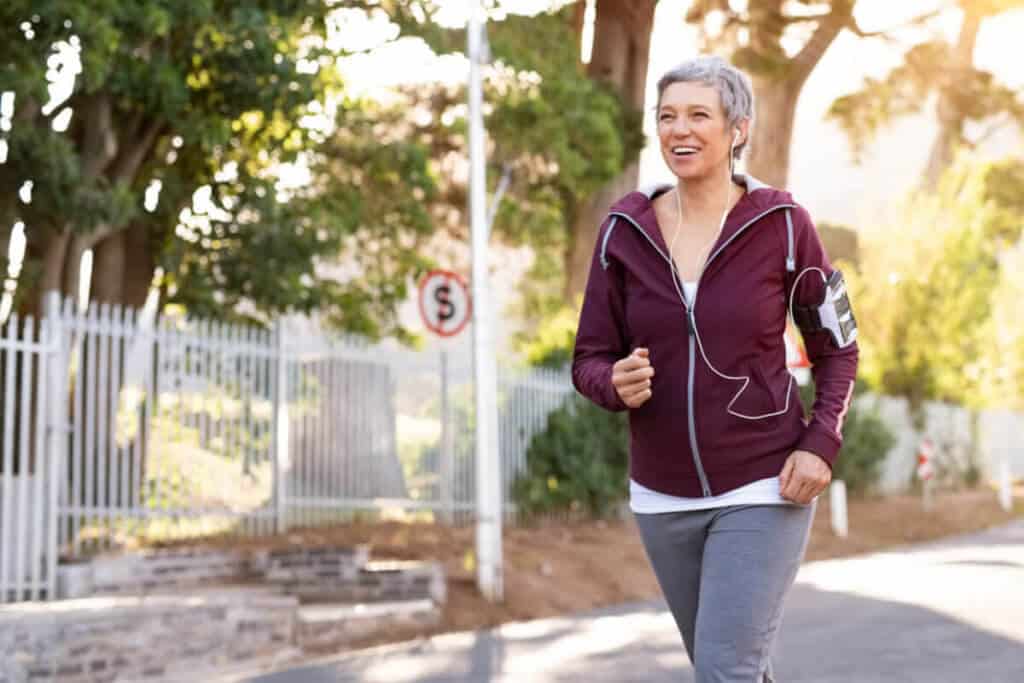 In addition to diet, the AIP addresses lifestyle factors such as sleep, stress management, formation of a support system, and physical activity.

What is the autoimmune protocol diet?

The autoimmune protocol diet (AIP) is a modification of the Paleolithic (Paleo) diet, (1)(4)(9) which was founded on the concept that food produced through modern farming and industrial production is not aligned with the evolution of the human body. The Paleo diet encourages the consumption of uncultivated plants, such as vegetables, fruit, roots, and nuts, as well as wild-sourced animal foods, such as fish, lean meat, and eggs. (8)

AIP incorporates these principles into a three-phase elimination protocol consisting of elimination, maintenance, and reintroduction phases. The goal of the protocol is to eliminate dietary additives, emulsifiers, Western dietary patterns, and specific foods to identify potential triggers of intestinal inflammation, dysbiosis (microbial imbalance) in the gastrointestinal tract, and symptoms of food intolerance. (1)(4)(9)

The AIP emphasizes the intake of fresh, nutrient-dense, unprocessed foods, including:

In addition to dietary components, the AIP addresses lifestyle factors such as sleep and sleep hygiene practices, stress management, formation of a support system, and physical activity. (4)(9) 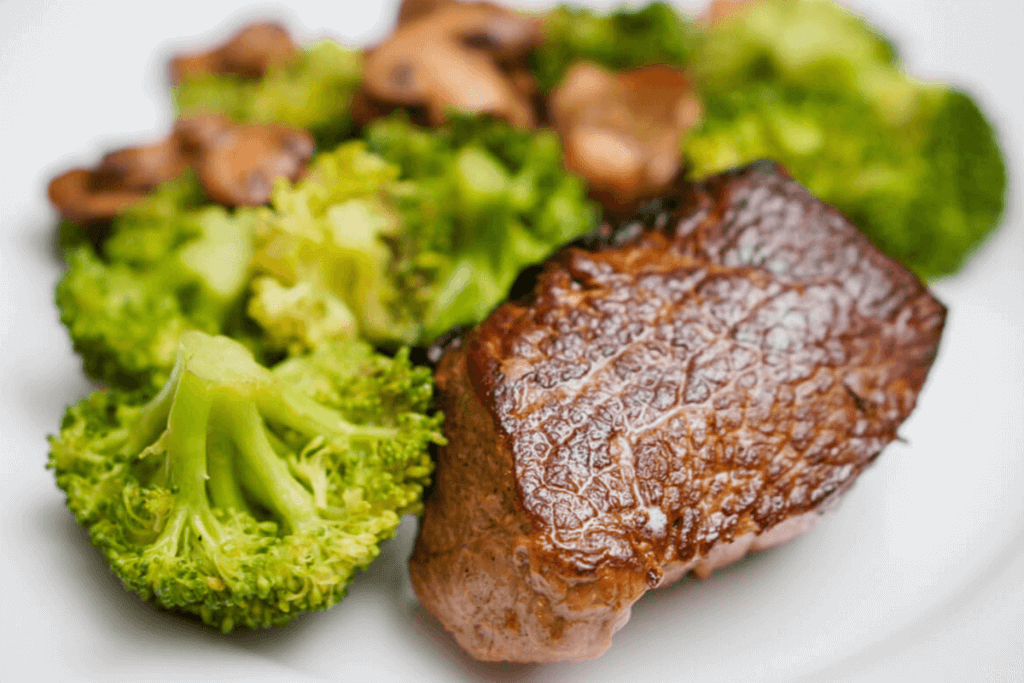 The autoimmune paleo diet encourages the consumption of non-processed meat and anti-inflammatory vegetables and fruit.

During the first phase of the AIP, elimination, an individual should restrict the following dietary components and substances:

The second phase, maintenance, involves maintaining the elimination of the above factors. The duration of the maintenance phase varies depending on the individual, and should be followed until well-being and symptoms are measurably improved. (4)(9) Consult with your integrative practitioner for individual dietary advice.

Phase three, reintroduction, involves the gradual reintroduction of food and food groups. Introducing foods in stages allows the individual to identify specific dietary components that may be associated with symptoms. (4)(9)

How does the AIP diet work?

Elimination diets, including the AIP, may exert benefits as a result of several factors, which include: 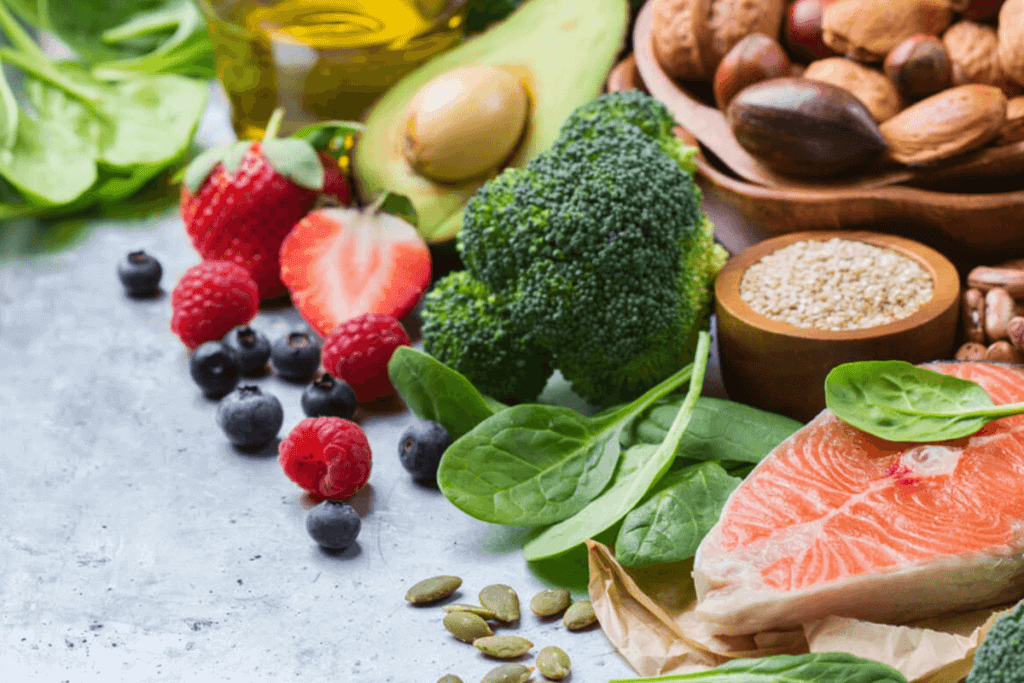 Health benefits: What do the studies say?

Clinical research on the AIP diet has shown improvements in individuals with autoimmune conditions including inflammatory bowel disease (IBD) (9) and Hashimoto’s thyroiditis (HT). (1)

Inflammatory bowel diseases, including Crohn’s disease and ulcerative colitis, are inflammatory conditions characterized by an irregular immune response in the gastrointestinal tract. (3) Multiple clinical trials have examined the effects of the AIP diet with a six-week elimination phase and a five-week maintenance phase in individuals with IBD.

One study that followed this structure found that the majority of participants (73%) achieved and maintained remission of their condition during the first two phases. (5) A second trial of the AIP diet in individuals with IBD suggested that quality of life may be improved in as little as three weeks of following the diet. Beginning at three weeks, improvements were seen in stress, bowel movement frequency, and the ability to perform leisure activities. (4) In a third study following this format in adults with active IBD, the dietary intervention was associated with improved symptoms and tissue inflammation viewed by endoscopy. (9)

While these studies suggest that AIP may help improve the symptoms and inflammatory disease activity seen in IBD, randomized controlled trials are required to further explore the long-term effects and potential applications of the dietary protocol. (4)(9)

One pilot study assessed the effect of the AIP as part of a broader lifestyle intervention program in adult women with Hashimoto’s thyroiditis, an autoimmune condition resulting in reduced activity of the thyroid gland (hypothyroidism). (15) The study results included a decrease in white blood cell counts and a decrease in high-sensitivity C-reactive protein (hs-CRP), which suggests that the AIP may modulate the immune system and reduce inflammation. Overall, the diet and lifestyle program was found to improve symptoms and health-related quality of life in women with Hashimoto’s. (1)

Is the AIP diet the best diet for autoimmune disease? The autoimmune protocol diet is an intervention suggested to address autoimmune conditions by minimizing dietary factors associated with inflammation and autoimmunity. Benefits of this intervention have been seen in individuals with IBD and Hashimoto’s thyroiditis. Longer, well-designed trials are needed to further establish the effects of the AIP in individuals with autoimmune conditions. (1)(5) As always, it’s recommended to work with an integrative practitioner that can help you to implement dietary modifications safely and effectively for your individual needs.