Many dietary supplements are marketed to athletes for purposes that extend beyond the classic ergogenic aid definitions. Examples include supplements that help to reduce exercise-induced pain & inflammation and improve recovery.

During and especially after athletic activity, the body has a number of responses in order to help it recover and adapt. Many of these responses involve some level of local inflammation and muscle soreness that peaks within 24 to 48 hours after the exercise, usually referred to collectively as delayed onset muscle soreness (DOMS). These processes may contribute to various functional deficits such as reduced strength and/or range of motion. (Davis 2007)

The ingredients selected for this protocol may help improve symptoms of exercise-related pain and aid in recovery. For example, branched-chain amino acids (BCAAs) may provide extra quantities of certain amino acids that may help to reduce markers of exercise-related damage. (Khemtong 2021) Collagen acts to provide strength and elasticity to connective tissues. (Dressler 2018) Curcumin reduces many inflammatory markers and may shorten recovery time from exercise. (Fang 2020)(Suhett 2021) Magnesium may reduce inflammation and cortisol levels and improve immunological function, all aiding in recovery. Finally, omega-3 fatty acids have effects on cyclooxygenase-2 expression and the metabolism of arachidonic acid. (Ochi 2018) 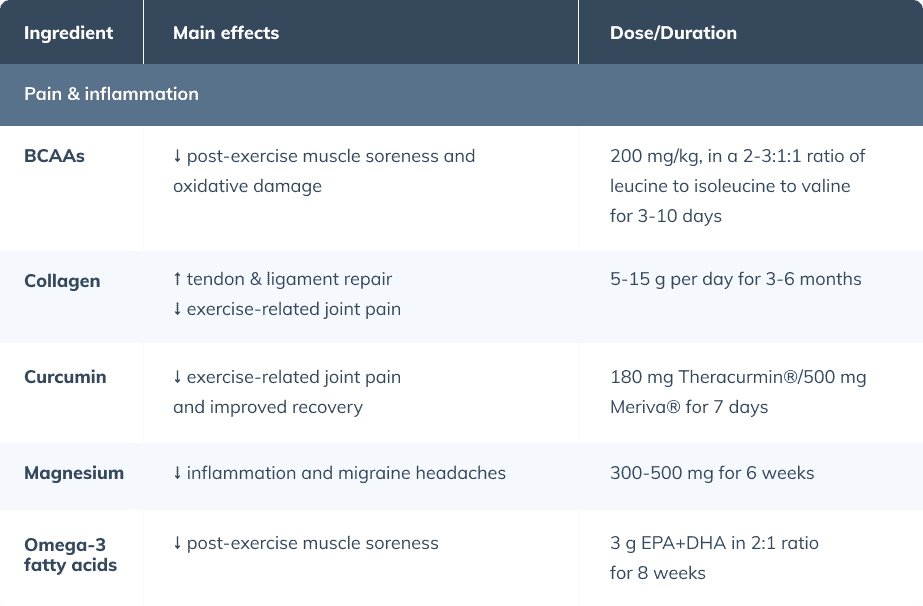 Table 1: Overview of ingredients for exercise-induced pain and recovery

BCAAs in the Fullscript catalog

View collagen in the ingredient library

Collagen in the Fullscript catalog

View curcumin in the ingredient library

Curcumin in the Fullscript catalog

View magnesium in the ingredient library

Magnesium in the Fullscript catalog

The Fullscript Integrative Medical Advisory team has developed or collected these protocols from practitioners and supplier partners to help health care practitioners make decisions when building treatment plans. By adding this protocol to your Fullscript template library, you understand and accept that the recommendations in the protocol are for initial guidance and may not be appropriate for every patient.