The digestive tract and the skin are two essential, highly vascularized organs that possess many commonalities. They are the body’s primary points of contact with the external environment and thus, play an important role in maintaining homeostasis and communicating with other body systems, such as the nervous, immune, and endocrine systems. (10)(15) In recent years, we have seen a growing body of research examining the role of the intestinal microbiota in health. The intestinal microbiota is composed of approximately 100 trillion microbes residing in our digestive tracts that help maintain symbiosis with the environment. (13) What is less often discussed is that a diverse community of microbes conferring similar benefits also inhabits the skin. (13)(15)

Beyond these commonalities, it is believed that the gut and skin are further interconnected, often referred to as the gut-skin axis. Research is only just beginning to explore how these two organs communicate with one another and the ways in which this connection might impact our health. Understanding the gut-skin axis may also allow us to identify potential new therapies for skin pathologies through modulation of the intestinal microbiota. (9) 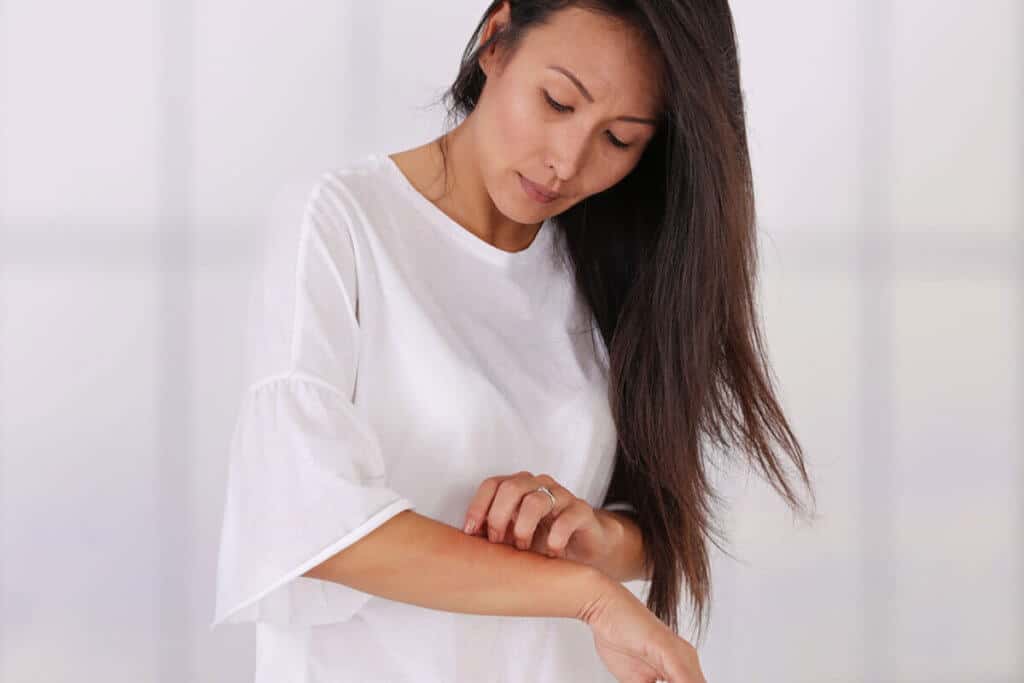 Diverse communities of microbes inhabit both the gut and skin, helping our bodies maintain symbiosis with the environment.

Supporting the presence of the gut-skin axis, it has been observed that several digestive pathologies are often accompanied with skin co-morbidities. (10)(12)(13) Approximately 24% of individuals with Crohn’s disease and 14% of individuals with ulcerative colitis also present with skin conditions. In Crohn’s disease, individuals are more likely to develop both psoriasis and erythema nodosum, a common form of panniculitis often characterized by painful rounded nodules on the lower extremities. (2) Those with ulcerative colitis, on the other hand, commonly experience cutaneous ulcers known as pyoderma gangrenosum.

Similarly, individuals with inflammatory bowel disease (IBD) are more likely to experience oral lesions, and other skin conditions, including Sweet’s Syndrome, pyoderma gangrenosum, and erythema nodosum. (15) Furthermore, it has been shown that individuals with celiac disease often suffer from oral lesions, hair loss, and vitiligo, a condition characterized by the destruction of skin pigment cells. Dermatitis herpetiformis is a form of dermatitis that occurs in approximately ¼ of individuals with Celiac disease. (12)(15) Another inflammatory skin condition, rosacea, has been associated with Helicobacter pylori infection and a higher incidence of small intestinal bacterial overgrowth (SIBO). (6)(11) 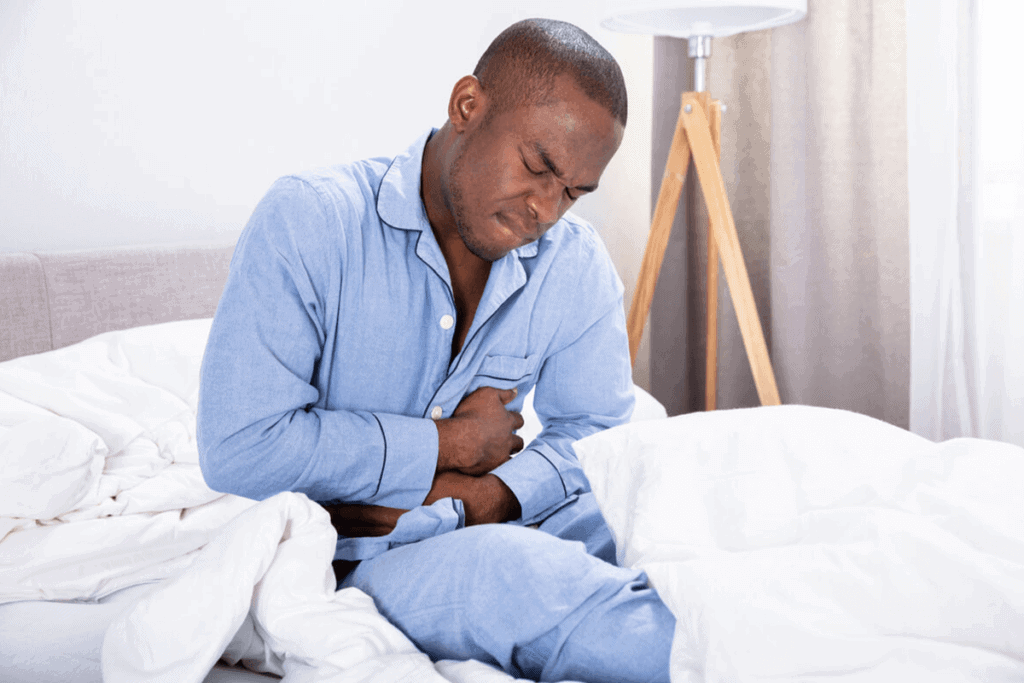 Digestive conditions, such as Crohn’s and celiac disease, are often accompanied by skin conditions.

The gut microbiota and skin conditions

While the underlying mechanisms explaining the gut-skin axis remain to be established, (15) it has been suggested that this interconnection may involve the gut microbiota and their by-products (metabolites), as well as their modulatory effect on systemic immunity. (10)(13)(15) Metabolites of intestinal bacteria, including neurotransmitters, hormones, and other compounds, such as short-chain fatty acids (SCFAs), may enter the bloodstream and induce effects on the skin or the skin microbiota. (15)

It has also been suggested that the composition of microbes in the digestive tract may contribute to the development of certain skin conditions. (9) Studies have observed imbalances of the gut and skin microbiomes, known as dysbiosis, in a number of common skin conditions, including acne, rosacea, psoriasis, and atopic dermatitis (AD). (13)(15) These findings have led to the consideration of probiotic supplementation as a method of modulating the intestinal microbiota and preventing or treating a number of these skin conditions. (13)

Atopic dermatitis (AD) is a common chronic inflammatory skin condition, (9) affecting approximately 15-30% of children and 2–10% of adults. The development of AD is related to alterations in skin barrier function and immune responses. (13) Research has also demonstrated an association between dysbiosis and AD. Greater diversity in intestinal microbes has been linked to reduced recurrence of inflammatory skin conditions. (15)

In another nonrandomized study, 14 pediatric patients with resistant AD received 300 mg to 500 mg daily of standardized L. rhamnosus cell lysate. Results demonstrated improvements in skin symptoms, irritation, and quality of life. (5) A 2016 meta-analysis of randomized controlled trials also found synbiotics, composed of prebiotics and mixed probiotic strains, to be particularly effective in the treatment of AD in children greater than one-year-old. (1) 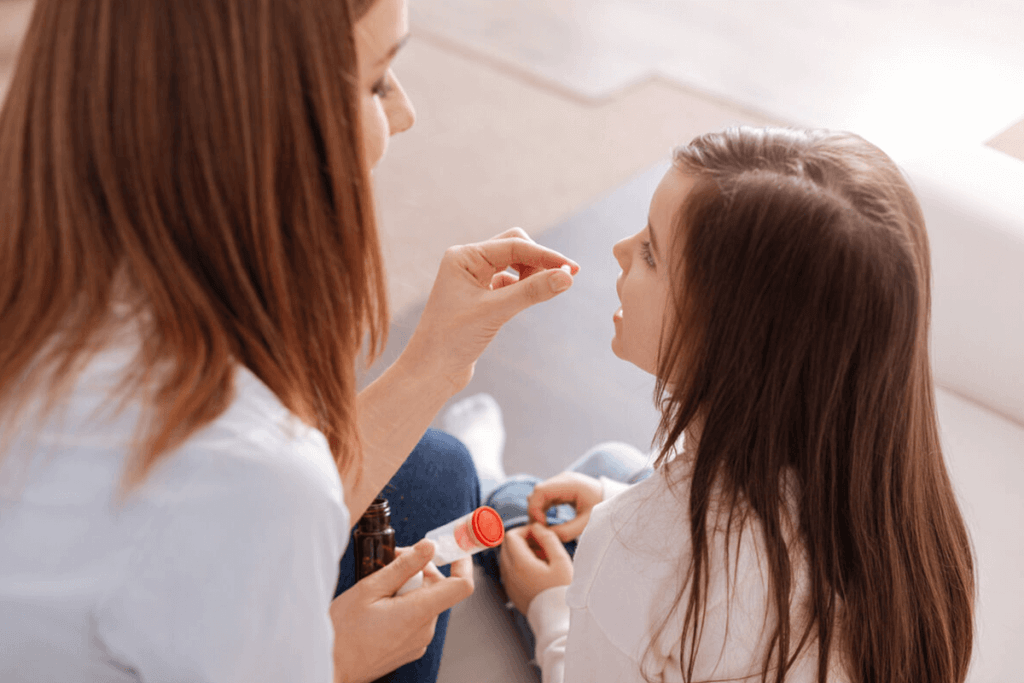 Acne vulgaris, a chronic skin condition of the pilosebaceous unit, affects approximately 85% of individuals between the ages of 12 and 25. The condition is particularly common in western countries possibly due to the high consumption of processed carbohydrates in these areas. (13)

Psoriasis is a chronic inflammatory skin condition characterized by the appearance of erythematous scaly plaques. It is an immune-mediated condition that may be triggered by a number of internal and environmental factors in genetically susceptible individuals. (13)

Current research suggests a significant connection between the gut and skin demonstrated by the concurrence of certain digestive and skin conditions, as well as the presence of dysbiosis and effectiveness of probiotic supplementation in AD, acne, and psoriasis. While results thus far have been promising, research is needed to further establish the underlying mechanisms of the gut-skin axis. If you’re a patient, speak to your integrative healthcare practitioner for further information and guidance when using probiotics to effectively treat skin conditions.