Phenibut: What You Need To Know & Alternative Products

Phenibut is a structurally similar synthetic derivative of the inhibitory neurotransmitter γ-aminobutyric acid (GABA) that acts as a central nervous system (CNS) depressant. Originally developed by Russian scientists in the 1960s, it was used as an auxiliary treatment for youth undergoing psychiatric treatment. (17) It was later used by Russian cosmonauts to induce relaxation and enhance cognitive function during space travel. (23) Since then, it has received global recognition for its performance and cognition-enhancing CNS effects.

In several countries, phenibut is considered a controlled substance requiring a prescription. (21) In the United States, however, it has been mired in controversy due to the unclear nature of its classification as a supplement ingredient. Whereas it is not a controlled substance, the Food and Drug Administration (FDA) also states “Phenibut is a substance that does not meet the statutory definition of a dietary ingredient,” deeming it inappropriate for use in dietary supplements.

What is phenibut used for?

The effects of phenibut are primarily linked to its agonistic behavior on GABAB receptors, whereas the form of GABA used in supplements acts as an agonist of GABAA receptors. Both receptors induce an inhibitory or depressant effect, creating a sense of calm or relaxation.

Phenibut is also shown to stimulate dopamine receptors in the brain, creating a simultaneously relaxing and euphoric effect. Its sedative effects are considered an effective treatment for insomnia, anxiety, fear-based pathologies, and attention deficit hyperactivity disorder. It is also shown to increase mood, focus, cognitive function, and energy, and is, therefore, widely considered a nootropic, or agent that improves cognition and memory. (17)

What are the concerns with phenibut?

Unlike GABA, phenibut is considered a psychoactive substance due to its ability to cross the blood-brain barrier. It also demonstrates conditioning effects, requiring increasing doses to elicit similar effects experienced at lower initial doses. These two factors contribute to its addictive properties, leading many international health authorities to ban or control its use. (2)

Furthermore, phenibut withdrawal symptoms can include psychological and physical symptoms, including anxiety, depression, tremors, insomnia, dizziness, and feelings of dissociation. (1) Combined with other psychoactive compounds like alcohol, benzodiazepines, and opioids, phenibut can also lead to harmful effects, including death. (11)(25)

Phenibut’s primary effects are thought to be a result of its ability to agonize GABAB receptors and stimulate dopamine receptors, thereby creating a relaxing effect coupled with increased energy, focus, and attention. (17)

Although there is no natural substance that induces all of these effects, several are able to create similar or synergistic effects. The following is a sampling of the various nutraceutical or botanical ingredients that could be used in isolation or combination as an alternative to phenibut.

The primary alternative to phenibut is its natural cousin and fellow GABA-receptor agonist, γ-aminobutyric acid (GABA). Although its effects are still not well understood and it is generally accepted that GABA does not cross the blood-brain barrier, (3) GABA has been shown to induce a calming, anxiolytic effect that can be used for hyperstimulation conditions like anxiety, insomnia, and hyperactivity. (19)

It is also believed that it may induce effects on the brain by affecting the enteric nervous system and subsequent gut-brain axis. (16) Combined with Theanine, GABA has also shown to decrease sleep latency and improves NREM sleep. (15)

L-theanine, an amino acid found primarily in green tea leaves, can help promote relaxation and sleep. A study of individuals with major depressive disorder (MDD) found that L-theanine administered daily over eight weeks decreased anxiety, depressive symptoms, and sleep disturbances. (10) Another double-blind, placebo-controlled trial examined the effects of L-theanine supplementation on healthy adults when confronted with a stressor. L-theanine reduced both the subjective stress response and salivary cortisol response to the stressor, supporting the anti-stress effects of L-theanine. (28)

5-Hydroxytryptophan (5-HTP) is an intermediary compound produced by the body as it converts the amino acid tryptophan to melatonin or serotonin. Due to its ability to increase serotonin levels, 5-HTP is commonly used to treat serotonin deficiency-related symptoms, including depression, anxiety, insomnia, premenstrual syndrome (PMS), premenstrual dysphoric disorder (PMDD), and attention deficit hyperactivity disorder (ADHD). (8)

Although 5-HTP is known to cross the blood-brain barrier and is one of the more widely used supplement ingredients, the research around its effects remains limited. However, it is currently accepted that 5-HTP can increase satiety and be effectively used to treat disordered eating pathologies. (4)(5) 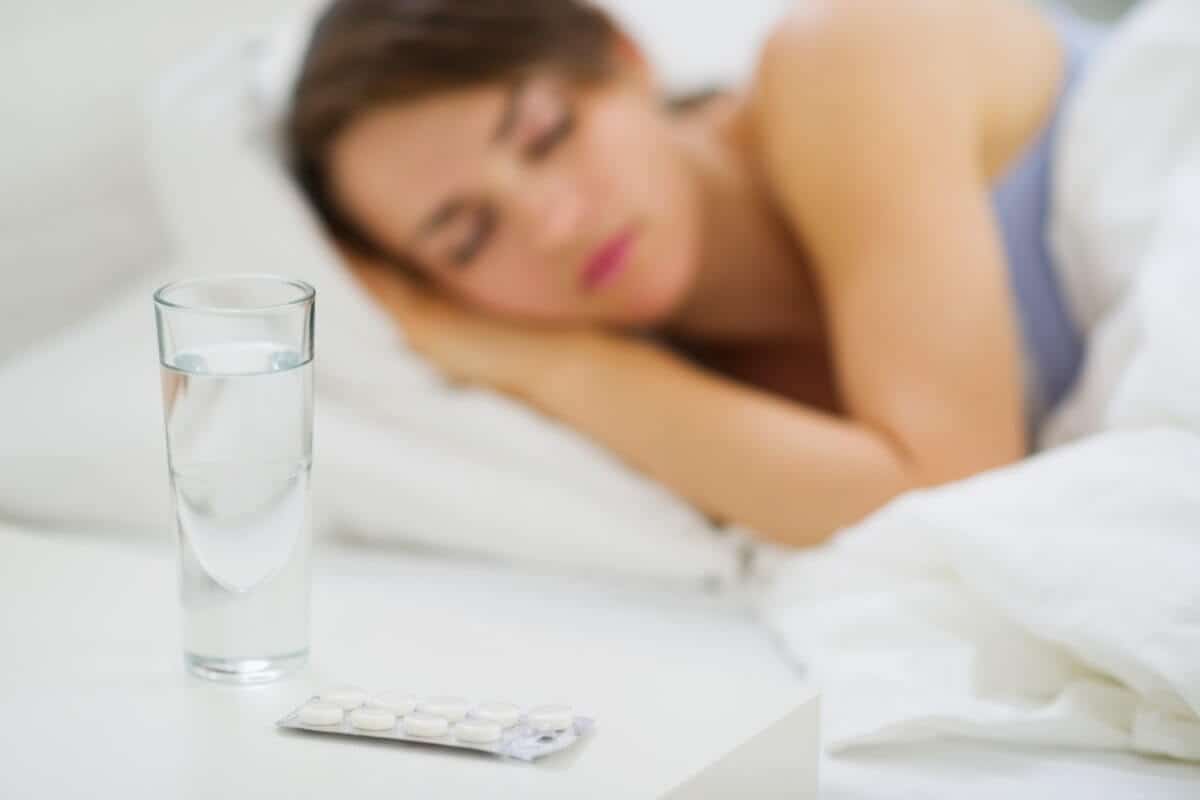 When it comes to improving sleep, melatonin may be an effective alternative to phenibut.

Melatonin, a neurotransmitter-like compound (often considered a hormone) produced by the pineal gland, is synthesized from tryptophan through a series of reactions. These reactions are stimulated by darkness and suppressed by light, which suggests that melatonin is involved in the regulation of the body’s sleep cycle, the circadian rhythm, and other body functions. (20)

Further, a systematic review examining the effectiveness of melatonin supplementation on sleep found that the administered dose of melatonin ranged from 0.3 to 10 mg per day, (7) indicating that effective dosing for individuals may vary.

Made recently more popular with the widespread adoption of bone broth and organ meats, glycine is an amino acid and neurotransmitter that is shown to induce a calming effect in patients. It has both stimulatory and inhibitory effects on the brain. Although research is limited, studies show that glycine can have a positive effect on sleep quality, (12) cognition, and fatigue. (30)

Melissa officinalis (lemon balm) is an herb native to North America used most commonly for its sedating and relaxing effects. It is shown to induce calmness or decrease alertness, (14) and improve mild-moderate anxiety disorders. (6)

Lavandula angustifolia (lavender) is an herb native to Europe that is used to induce relaxing effects (26) and treat generalized anxiety disorder. (29)

Myo-inositol, the most common supplemental form of inositol, is a small compound structurally similar to glucose. Although previously classified as a B vitamin, it is now considered a pseudovitamin and is found primarily in whole grains and citrus fruits. (13) It is commonly used for blood sugar regulation and treating polycystic ovarian syndrome (PCOS), but it may also be effective in treating anxiety and panic attacks, (24) depression, (18) and PMDD. (9)

Phenibut is a synthetic version of GABA that crosses the blood-brain barrier and can elicit psychoactive effects on the brain. Although historically mired in controversy due to not being classified as a drug nor a supplement ingredient, the FDA has recently started to enforce that U.S. supplement manufacturers should not use phenibut in their products. As a result, the availability of phenibut-containing products is likely to decline.

Instead, practitioners have the option of using multiple alternative ingredients that would elicit similar but non-psychoactive and, therefore, non-addictive properties.