Skip to content
Thorne is now available in our US and Canadian catalogs!
Learn more
Diet & Lifestyle
—

What Is Holotropic Breathwork And How Does It Work?

Holotropic breathwork was developed by psychiatrist Stanislov Grof in the 1970s as a drug-free way to induce a non-ordinary state of consciousness. (9) The word holotropic was coined by Grof and inspired by the Greek words “holos” (whole) and “trepein” (to move towards). (8) Keep reading to learn how holotropic breathing works and about the potential benefits of this unique breathing technique.

What is holotropic breathwork?

Holotropic breathwork (HB) is a group method of self-exploration and psychotherapy that incorporates experiential elements such as breathwork, music, bodywork, art, and talking. HB is promoted to induce deep states of altered consciousness and release blocked energy and emotions. (3) Holotropic breathing involves deep accelerated breathing and encourages combining inhalation and exhalation into a cycle of continuous breath. (3)

Who developed the holotropic breathwork method?

The holotropic breathwork method was developed by Stanislov Grof and Christina Grof in the mid-1970s as a way to reduce the self-protective nature of the thinking and logical parts of the brain and induce a non-ordinary state of consciousness without the use of psychedelic drugs such as LSD (lysergic acid diethylamide). (9) Stanislov and Christina drew wisdom from native and ancient Indian, Chinese, Greek, Hawaiian, and Japanese cultures who have long practiced many of these breathing techniques. They also drew spiritual wisdom from Sufi, Christian, Buddhist and other religious practices that incorporate the breath. (3) In this way, Stanislov acknowledges that holotropic breathwork techniques aren’t completely new, and they work to validate and are a modernized version of these ancient methods. (3)

Did you know? By deliberately increasing the pace of breathing during holotropic breathwork, it’s suggested that regular psychological defenses are eased, leading to the release of unconscious material that may have been suppressed. (3)

Stanislov Grof was trained in classical psychoanalysis; however, he would later develop a transpersonal psychology theory of the cartography (mapping) of the human psyche that would influence his holotropic breathing method. (4) Stanislov identified three levels of the unconscious that he believed were tied to emotional and psychosomatic disorders. He believed that healing could take place by tapping into one or more of the following levels using the holotropic breathwork method: (3)

The holotropic breathwork method is performed in a group setting with a certified facilitator, and individuals are generally split into groups of two. One person is the sitter (supportive observer), the other person is the breather (performing holotropic breathwork), and they alternate between these roles after a session is completed. The length of a session depends on the individual and typically lasts between two to three hours. The intention is for the breather to use their inner intelligence to self-guide their own experience, and the sitter should allow the breather to react in spontaneous and autonomous ways. (3)

Holotropic breathing involves lying down, relaxing, and breathing as rapidly and as deeply as possible. Once this breathing rhythm has been established, participants may eventually fall into a slightly different breathing rhythm variation that feels most right to them. (4) 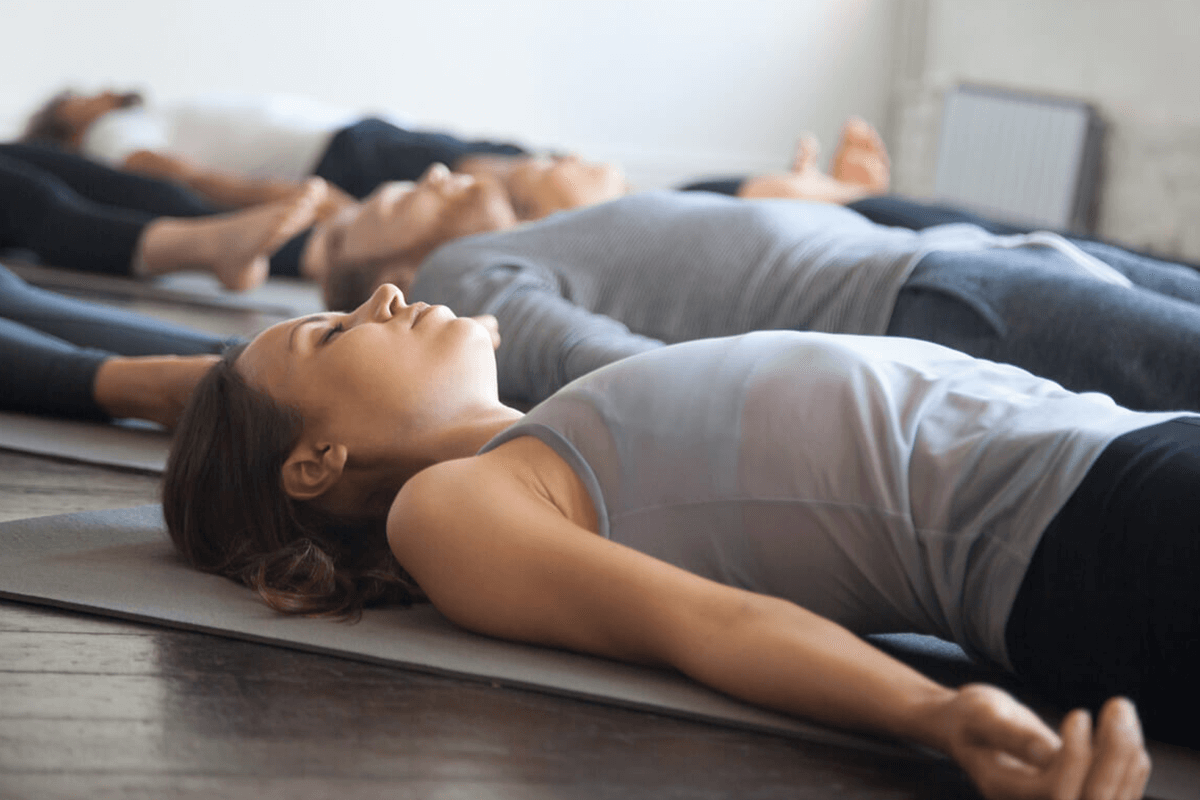 Holotropic breathing involves lying down, relaxing, and breathing as rapidly and as deeply as possible. (4)

Once the holotropic breathing rhythm has been established, intense evocative music is played, in combination with fast breathing, in order to induce a state of trance that allows for different levels of the unconscious to be reached. (4) The session may begin with emotionally uplifting music and move to more intense rhythmic music later in the session as you move through five different stages of music styles:

If the songs have words, they should be in a language that is unfamiliar to the participant so that they don’t draw meaning from them. Lastly, although the order of music stages has been established, the intention is to be sensitive to the participant’s experience and play music from the phase that’s most supportive during the moment. (3)

For most individuals, the holotropic breathwork method leads to a physical response in the body. (3) It’s theorized that faster breathing performed during a HB session changes the chemistry of the body in such a way that blocked physical and emotional energies that are associated with difficult memories are released. For some, it may initially bring on a state of hyperventilation that leads to tensions or spasms in certain areas of the body. However, these spasms eventually peak, and lead to a state of deep relaxation. For some, hyperventilation does not occur at all, and instead, participants experience progressive relaxation. Physical reactions can vary and may include coughing, crying, vomiting, and sustained muscular contractions. (3)

If the breathing does not lead to deep relaxation, the sitter can offer the breather a passive type of body work that encourages the breather to focus their attention on their area of tension and to intensify the physical sensations they’re feeling. In order to release the energy associated with difficult memories, the breathers may react spontaneously and in unusual ways, such as speaking like an animal, in a foreign language, and in baby talk, or acting like an animal or baby. The sitter should safely support these types of reactions until the breather and the sitter agree that the session has come to an end and the breather is in a relaxed state. (3)

Once the breathing part of the session is complete, participants are asked to draw a large circle, meditate on their experience, and using paints, pencils, markers, and other art supplies, fill in the mandala circle in a way that visually represents their recent experience with the practice. Mandala, which means “centre” in the ancient Indian language of Sanskrit, includes art that is created using a circle. (3)(6) It’s believed that mandala art supports the integration of the conscious and unconscious and promotes meaningful contemplation. (6)

Once the mandala drawings are complete, participants are encouraged to talk about their experiences in a group sharing session. Facilitators do not interpret the experiences of the participants but instead ask questions that help the individual better understand their own experience. (3) 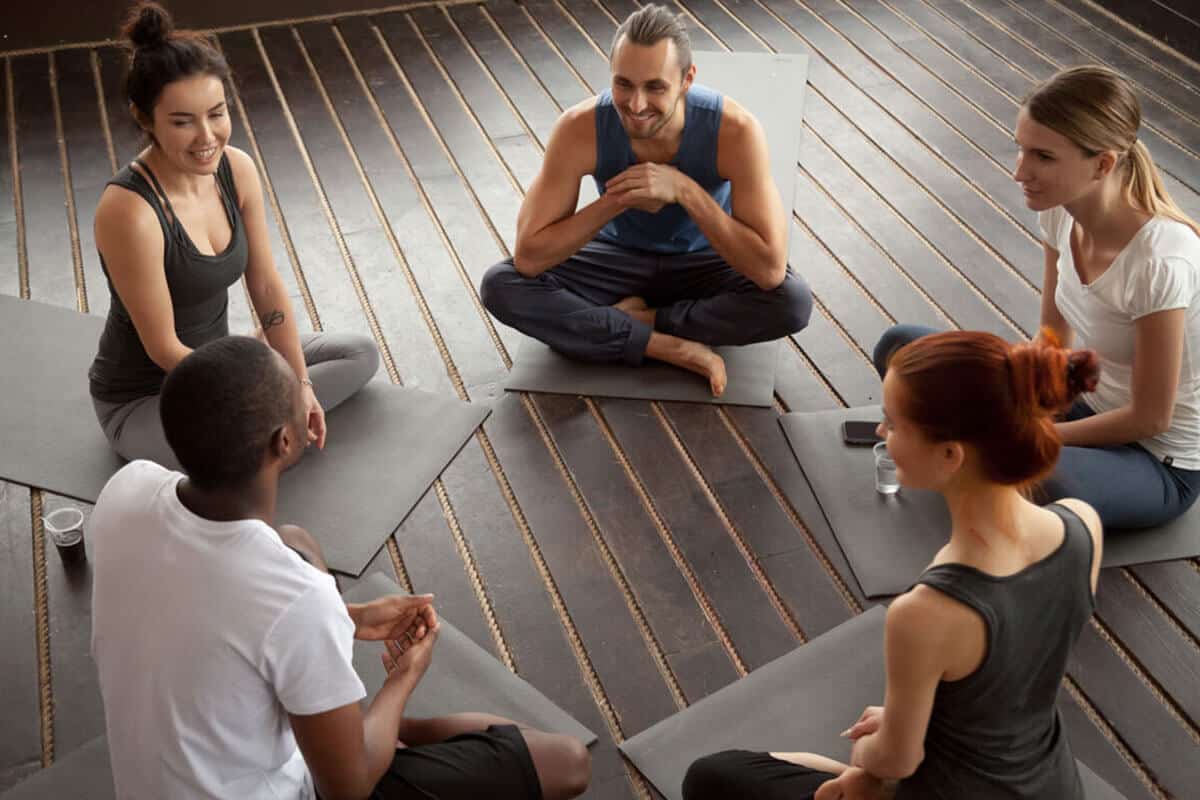 At the end of a HB session, participants are encouraged to talk about their experiences in a group setting.

A 2007 paper hypothesizing how HB works suggests that the combination of non-ordinary states of consciousness induced by hyperventilation and the supportive environment of a HB session can produce cognitive and physical changes in the brain similar to those induced by exercise, meditation, and certain drugs. (7)(9) The paper drew on studies conducted in animals and humans with a focus on hypocapnia, which occurs during hyperventilation when brain CO2 partial pressure decreases in combination with an increase in pH, also referred to as respiratory alkalosis (excessive alkalinity of arterial blood). (7) During these states, brain activity in the frontal lobes involved in selective inhibition and control of cognition and behavior are temporarily reduced. The authors theorize that this state during a HB session promotes psychological disinhibition (the brain is less reactive emotionally), allowing suppressed materials to be released and processed differently than during an original traumatic event. (7)(9)

There is minimal research and evidence to support the use of holotropic breathwork as an intervention for mental well-being or other health outcomes. More large-scale controlled research studies are necessary to understand the effects of HB on the body and determine its effectiveness as a possible complementary alternative therapy in a clinical setting. However, there are some preliminary studies that suggest HB may be a beneficial experiential psychotherapy method that may positively influence self-awareness, prolonged sobriety, personality, and self-esteem in certain individuals.

A small study examined whether holotropic breathwork could influence self-awareness using temperament and character inventory and symptom checklist methods. 20 adult volunteers with either some or no experience of HB participated in the study and underwent four HB sessions over the course of two weekends. (3) Results showed positive self-awareness changes including a reduction in scores of interpersonal problems such as being intrusive/needy and overly accommodating. (5)

Another study examined the effects of HB in 11,000 psychiatric patients with different diagnoses over a 12-year period in a community hospital setting. The objective of the study was to determine whether HB could enhance health outcomes for patients by inducing non-ordinary states of consciousness using a non-addictive method. 482 inpatients self-recorded their experiences. Results showed that 82% of participants self-reported experiencing transpersonal experiences, 16% reported experiencing past life experiences, and 2% reported no experience. No adverse reactions were recorded throughout or after HB sessions and emotional catharsis and spiritual exploration was achieved by many of the participants. These results lead authors to hypothesise that HB is a therapy with very little risk and may assist patients with different psychological issues and life problems. (2)

A small 2011 report in the International Journal of Mental Health and Addiction examined four case studies of individuals with alcohol and substance abuse addiction who remained abstinent from drugs and alcohol for two to 19 years following participating in holotropic breathwork sessions. (1) The researchers highlight the idea that addressing spiritual issues is important to addiction recovery (such as the 12-step Alcoholics Anonymous (AA) program). The authors hypothesise that HB is another spiritual approach to self-exploration that may have enhanced addiction treatment in these cases. (1) Controlled clinical trials are needed to investigate this theory.

Holotropic breathwork may affect certain elements of personality. (1) A study that examined the effect of HB on personality in 36 individuals using the personal orientation inventory, life test, and test of attitudes and values methods determined that following a HB session, participants had significantly improved scores in several areas that may affect personality. These areas include self-esteem, self-sufficiency, and socializing, suggesting that communication, an enhanced understanding of the world, and more acceptance of previously dismissed thoughts and opinions were achieved following a HB session compared to before the session. (1)

A study examined the relationship between HB and changes in levels of distress related to self-esteem, death anxiety, sense of affiliation with others, and self-identified problems. (4) 48 participants were divided into two groups. For six months, one group participated in experiential psychotherapy and HB sessions, while the second group participated in experiential psychotherapy only. Results showed that the HB group’s death anxiety scores were reduced significantly and their self-esteem scores improved significantly compared to the therapy group; however, no significant differences in self-identified problems or affiliation were observed between groups. The authors suggest that these findings indicate that experimental psychotherapy methods such as HB in combination with verbal psychotherapy may be beneficial to improving certain psychological problems. (4)

Holotropic breathwork is not appropriate for everyone and should never be performed alone. Physiological changes in the body that may occur during HB sessions such as physical tensions and changes in brain waves may negatively impact health outcomes for certain people. Individuals with the following conditions should not participate in HB:

Holotropic breathwork has been proposed as a drug-free breathing technique that may induce a non-ordinary state of consciousness and includes five elements: deep rapid breathing, evocative music, releasing bodywork, mandala drawing, and sharing sessions. More research is needed to confirm the potential benefits of holotropic breathwork; however, preliminary studies suggest that HB may influence self-awareness, personality, an individual’s length of sobriety from drugs or alcohol, and self-esteem. Holotropic breathwork may not be suitable for individuals with existing health conditions and should be performed in a group setting with a trained facilitator. Speak to your integrative healthcare practitioner before making changes to your health regime. 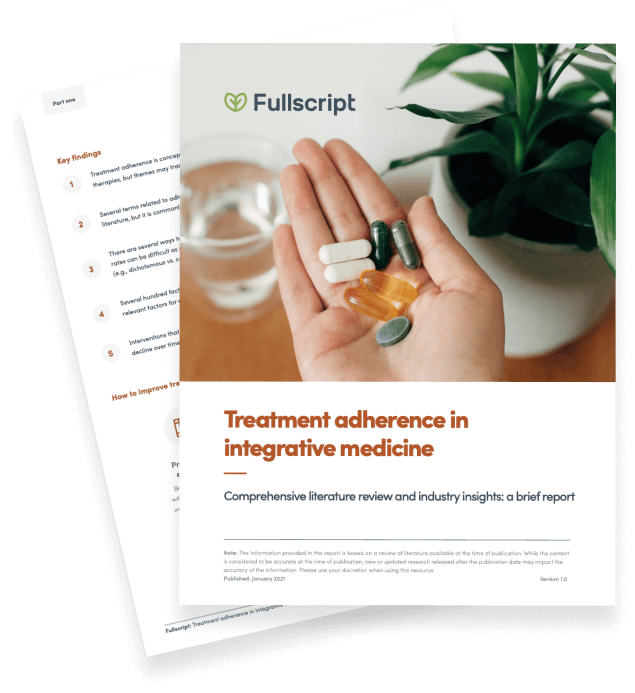