The following article provides a summary of the research conducted by Hawrelak et al. titled Western herbal medicines in the treatment of irritable bowel syndrome: A systematic review and meta-analysis, which was published in the journal Complementary Therapies in Medicine in 2020.

Irritable bowel syndrome (IBS) is a functional disorder affecting approximately 11% of the global population. Many factors contribute to the condition including dysfunction of the microbiome-brain-gut axis, inflammation of the gastrointestinal tract, and altered central nervous system activity. While common symptoms of IBS include abdominal pain and discomfort, its presentation can be diverse. Due to the complexity of IBS pathophysiology, limited research exists for assessing the efficacy of treatment for this condition. This article sought to review the efficacy and safety of Western herbal medicine (WHM) for the treatment of IBS.

This study was a systematic review and meta-analysis of double-blind placebo-controlled trials on WHM. Papers written in languages other than English were translated, and studies were included if patients met IBS diagnosis standards (which have shifted over time) or if patients had clinical symptoms of IBS. Meta-analyses were performed on studies that had two or more trials that included Mentha piperita oil, Aloe vera, and asafoetida. Bias was categorized as either low, high, or unclear based on the Cochrane risk of bias assessment. Improvement of IBS symptoms was left to the author of each article to define, and articles with similar definitions were grouped together for analysis. 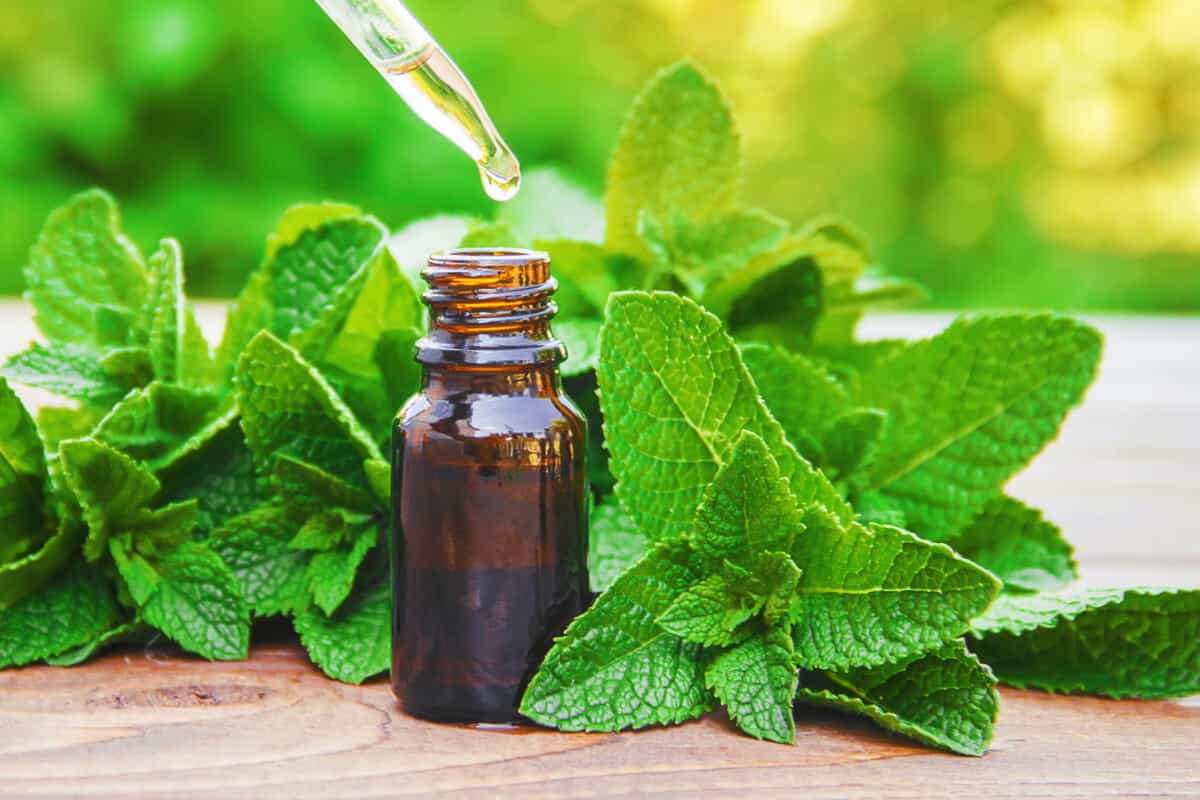 Oil from Mentha piperita, commonly referred to as peppermint, has been shown to reduce symptoms of IBS.

In the Mentha piperita meta-analysis, articles were categorized into two groups: those that evaluated outcome by overall IBS symptom relief and those that defined outcome as solely relief of abdominal pain. In the first group, 684 subjects were included in the study, 351 of which had the Mentha piperita oil and 333 were the control. In the essential oil group, 64% of participants experienced global relief of IBS symptoms compared to only 32% of the control, indicating a 95% greater relative likelihood of symptom improvement compared to placebo (RR = 1.95). The NTT was four in this analysis. In the second group, the 207 participants were included with 103 in the experimental group and 104 in the control. In the Mentha piperita group, 67% experienced relief of abdominal pain compared to only 30% in the control, indicating a 114% relative likelihood of improvement versus placebo (RR = 2.14). In this analysis, the NTT was three.

In general, WHM treatment produced adverse effects similar to those in the control groups with the exception of Capsicum annuum, as 24% of individuals in the Capsicum annuum group experienced severe abdominal pain. The number needed to harm in the Mentha piperita group was 100, and 10 of the 648 participants reported heartburn (1.5%). Only one subject in the asafoetida group reported an adverse event, which was a laxative effect, and the only side effect reported in the Aloe vera analyses was distension in patients with mixed- and diarrhea-type IBS.

Mentha piperita oil produced consistent results with only two outliers out of a total of 18 studies. These two studies failed to replicate positive results; however, this was likely attributable to significant differences in trial design as they were both crossover trials. In general, crossover trials do not evaluate IBS well due to limitations in the ability to establish an adequate washout period between treatment and control. This meta-analysis suggests that Mentha piperita oil is more effective than placebo in improving both general IBS symptoms and abdominal pain with the NNT being four and three, respectively. Mentha piperita oil also has a much better benefit-to-harm ratio compared to other conventional treatments; for example, its ratio is 25, while that of tricyclic antidepressants and alosetron are 2.3 and 2.6, respectively. While its benefit-to-harm ratio was substantially less than rifaximin (25 versus 846), its NNT is substantially favorable (four compared to 11). In fact, its NNT was lower than or equal to other conventional treatments including soluble fiber, antidepressants, and probiotics.

Other herbs and herbal formulas were analyzed in this review which also produced positive results in the treatment of IBS. Herbal formulas STW 5 and STW 5-II both reduced abdominal pain and overall IBS symptoms, while the herbal formula Carmint reduced symptoms of both abdominal pain and bloating. Pimpinella anisum essential oil completely stopped IBS symptoms in 75% of subjects. Quality of life and overall IBS symptoms were improved in the Foeniculum vulgare and Curcuma longa study, and the Schinopsis lorentzii, Aesculus hippocastanum, and Mentha piperita review indicated an improvement of symptoms of bloating and constipation.

More data is needed to evaluate the long-term use of WHM and many herbs, including Aloe vera and asafoetida, would benefit from larger-sized studies.

Many WHM show great potential for the treatment of IBS. Of the current research, Mentha piperita oil stands out due to its low potential for adverse effects, low NNT, and strong replicability of positive outcomes. It is for these reasons that Mentha piperita should be considered as a first line therapy for short-term use in IBS treatment. More studies are needed overall on the effects of WHM herbs, particularly in their use as a long-term therapy.