Research Update articles are produced in order to keep practitioners up to date on impactful research that is relevant to the field of integrative medicine. These articles may contain summaries of recent studies, events, or other industry news that advances current knowledge and standards of care. The following article summarizes the research conducted by Schreiber et al. titled, “The effect of probiotic supplementation on performance, inflammatory markers and gastro-intestinal symptoms in elite road cyclists,” which was published in the Journal of the International Society of Sports Nutrition in 2021. (3)

The intensive training and physical demands required of elite athletes commonly lead to a plethora of health problems, specifically in the upper and lower gastrointestinal (GI) tracts. These symptoms include, but are not limited to, nausea, heartburn, chest pain, vomiting, cramps, and diarrhea. These limiting GI symptoms are most likely related to the reduced blood flow to splanchnic organs with the increase in exercise intensity, which results in gut hypoperfusion and increased gut permeability. Since the gut is responsible for delivering carbohydrates and fluid to the body during extreme exercise, it is considered a critical component of an athlete’s performance. (1) With impaired GI function, the overall health and execution of the athlete’s abilities will likely be reduced. This begs the question: how might elite athletes attempt to resolve their GI-related symptoms from extreme exercise? Recent studies have found probiotic supplementation in athletes to be an effective method for improving overall performance by reducing gastrointestinal symptoms. Some studies have found multi-strain probiotics to be more effective at reducing GI symptoms than single-strain probiotics. However, there have not been any published studies to date examining the long-term effects of multi-strain probiotic supplementation in athletes. This study aimed to explore the effects of 90 days of multi-strain probiotic supplementation on GI symptoms, body composition, inflammatory markers, and maximal aerobic power and time to fatigue in elite cyclists. 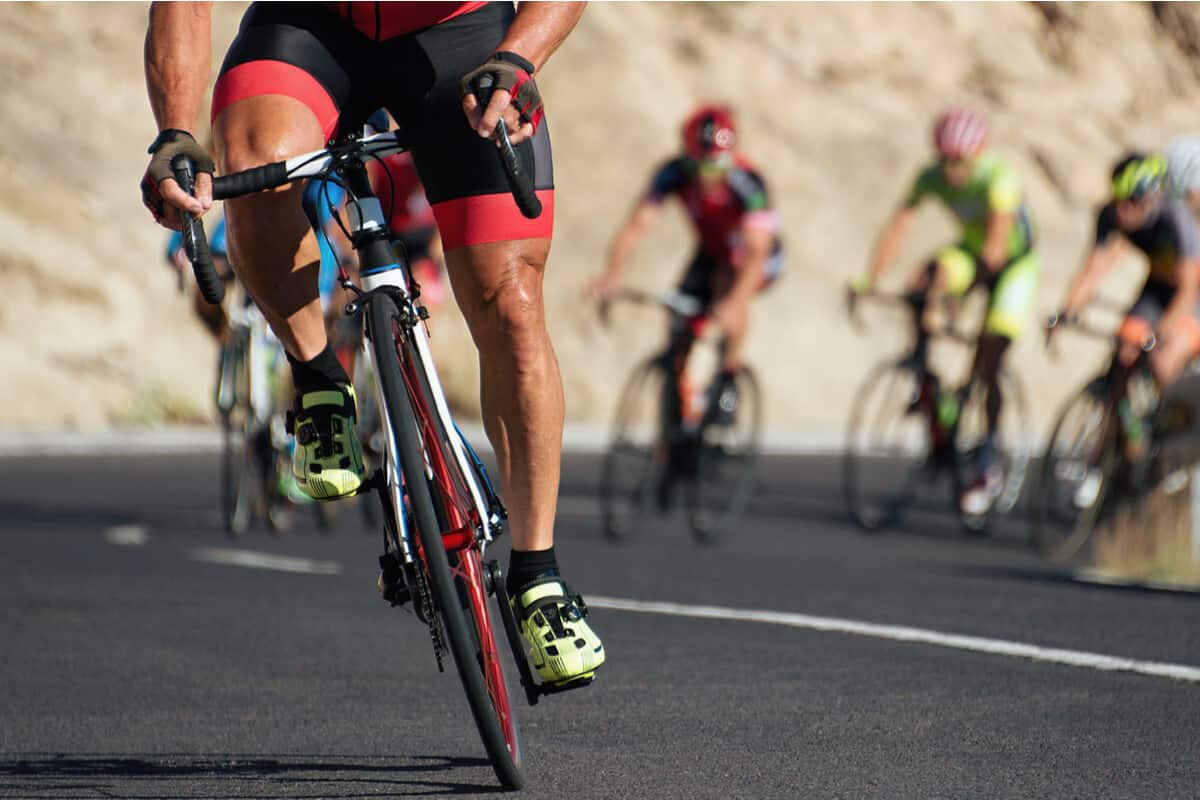 This study followed a randomized, double-blind, two-arm, placebo-controlled trial design. Participants were randomly separated into two groups: experimental and control. During this study, the participants were not limited to a predetermined training intensity or frequency. All participants consumed one capsule (probiotic or placebo) per day throughout the course of the 90-day study. The probiotic capsule included about 15 billion colony forming units (CFUs) containing 4.3 × 10^9 CFU Lactobacillus helveticus Lafti L10 (28.6 %), ≥4.3 × 10^9 CFU Bifidobacterium animalis ssp. lactis Lafti B94 (28.6 %), ≥3.9 × 10^9 CFU Enterococcus faecium R0026 (25.7 %), ≥2.1 × 10^9 CFU Bifidobacterium longum R0175 (14.3 %), and ≥0.4 × 10^9 CFU Bacillus subtilis R0179 (2.8 %). Anthropometric measurements, personal GI questionnaires, venous laboratory testing, cardiopulmonary exercise tests, and time-to-fatigue tests were performed on all participants on the day prior to supplementation and on the final day of supplementation. The participants were also given an online questionnaire to assess GI symptoms before, during, and after any training or competitions.

Outlined below are the results of the trial.

No significant differences were found between the control and experimental groups. VO₂max and cardiopulmonary variables were not significantly affected by the probiotic supplementation or placebo supplementation.

Significant changes were found with the rate of perceived exertion (RPE) tests. The multi-strain probiotic supplementation group experienced a significant decrease in mean rate of perceived exertion when compared to the control group. The experimental group experienced a 1.3 ± 4.8% reduction in RPE, whereas the control group had a 4.7 ± 9.7% increase in RPE. No significant differences were found between the control and experimental groups for the time-to-fatigue tests.

There were no significant changes in inflammatory markers including IL-6 and CRP values between the two groups. Lower TNF- values were seen in the experimental group; however, this was not significant when compared to the control group.

The probiotic supplementation group reported significantly decreased GI symptoms, including nausea, belching, and vomiting, during training when compared with the control group. The experimental group had a reduction in GI symptoms of -27% ± 47% versus the control group data which was 8% ± 29%. This shows that the incidence of GI symptoms were greatly reduced with the experimental group taking the probiotic supplement. There were no significant changes in pooled overall GI symptoms.

This study followed a randomized, double-blind, placebo-controlled design, a strong design for an effective study. Participants were also reminded weekly via phone call, text, and email about taking supplements in both experimental and control groups. Compliance was 91% and only three participants dropped out of the initial pool of individuals. High variability existed between the exercise performance variables. This is most likely due to the substantial variability in the elite cyclists’ baseline fitness and riding routines during the study. The significant differences in the rate of perceived exertion tests (exercise before reaching fatigue) could stem from the changes in GI functioning or immune system functioning and how the cyclists were feeling during their exertion. The researchers’ proposed that if the intensity of the exercise was lowered, the rate of perceived exertion may be even lower than found in this study. Although the inflammatory markers were not affected in this study, the athletes were instructed to stop exercise 24 hours prior to laboratory testing; however, the marker levels could be affected for several days after ceasing exercise, especially with the level of training and intensity these elite cyclists were enduring. Another significant limitation of this study was the small number of participants. There were 27 men involved in the study, and the participants did not have the same training protocols or ability levels; some of the athletes were just beginning training and others were at the peak of their training season. This could affect the results because the exertion, level of fatigue, and overall health of the athletes may vary at different stages of training. Studying individuals who are at the same point in training would keep this consistent. Another limitation of this study is that it focuses on GI symptoms related to prolonged and high-intensity exercise, which may not apply to the general population. A systematic review by Mach and Botella supports the hypothesis that modifying the gut microbiota through use of probiotics could improve an athlete’s overall general health, performance, and energy level. (2) This was a general study looking at the link between exercise and nutrition. 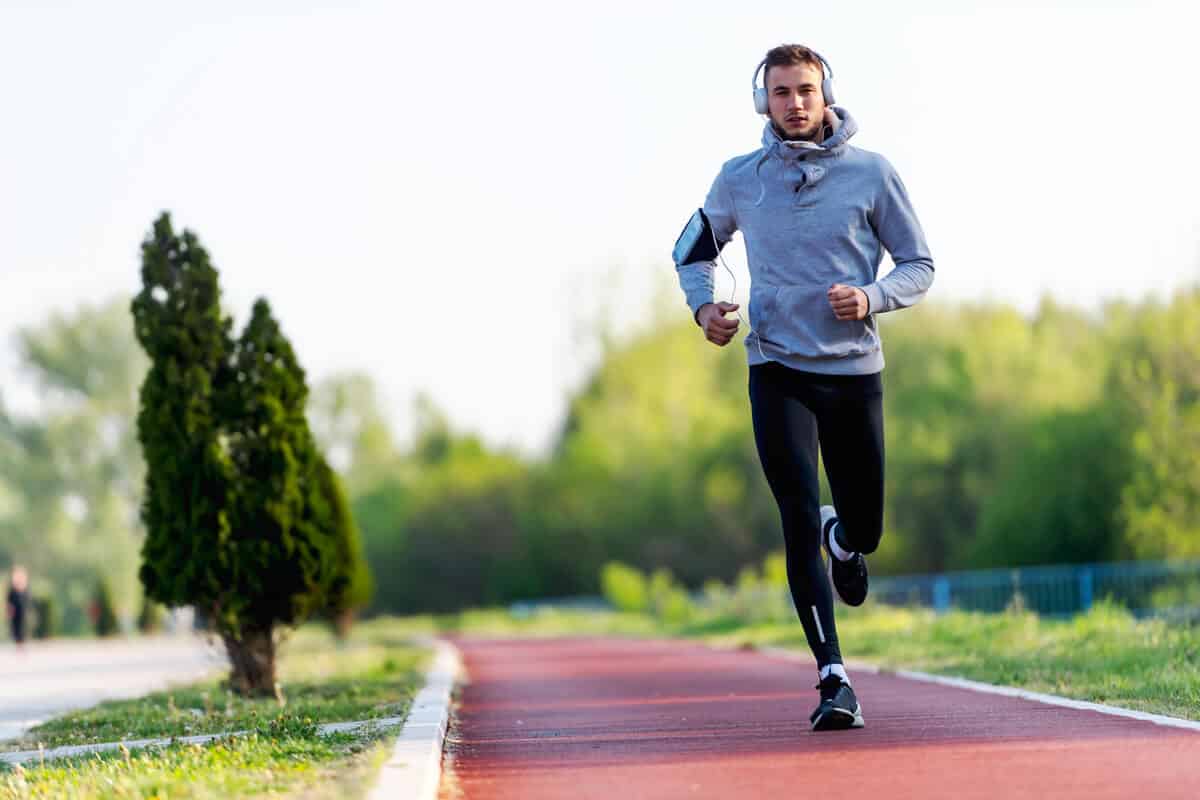 Modifying the gut microbiota through the use of probiotics may improve general health, performance, and energy levels in athletes.

Probiotic supplementation may reduce the exertion of high-endurance athletes participating in intense training and competitions, while simultaneously reducing GI symptoms. Although further studies need to be performed to further investigate specific factors such as training level, athlete ability, diet, and gut microflora, this study shows the benefits of probiotic supplementation for high-level athletes. The GI symptom decrease was significant in the experimental group and was even more pronounced as training intensity increased, potentially due to a decrease in gut permeability. These findings suggest that probiotic supplementation and its associated reduction of GI symptoms could result in improved GI functioning, longer training, and more competitive performance by high endurance athletes.