What is Brain Health? Simple Ways To Keep Your Mental Edge Naturally

Have you ever misplaced your keys, drawn a blank on someone’s name, or missed an appointment because it slipped your mind? While these momentary memory lapses happen to all of us, if you’re over a certain age you may fear that they’re the early signs of impending dementia. Luckily for most of us, these mental hiccups merely reflect normal changes in the structure and function of the brain as we age. Memory loss or a loss of concentration can also be caused by something as simple as dehydration, poor eating habits, stress, or fatigue. Whatever the cause, there are many things you can do to enhance your brain power naturally!

The importance of brain health

Weighing in at just three pounds, the brain is the most complex and least understood organ in your body. Protected by the skull and bathed in protective cerebrospinal fluid, the brain controls countless tasks every minute of every day. (1)

Your brain contains about 100 billion nerve cells known as neurons that help you accomplish these tasks. A neuron is an on/off switch just like the one you use to control the lights in your home. These neurons shoot electrical signals through an axon (a long fiber in a nerve cell that carries outgoing messages to other cells). When the signal gets to the end of the axon, it stimulates tiny sacs that release chemicals known as neurotransmitters.

These neurotransmitters then jump across a gap called a synapse and attach to receptors on the neighboring cell. At any given moment, hundreds of these neurons are sending messages to various parts of your body via the spinal cord, causing a multitude of voluntary and involuntary reactions. (2)

Under normal circumstances, this relay system works incredibly well. But sometimes things can go awry and the neurotransmitters can’t make the leap from one neuron to the next. When this occurs, it can affect your mood, your memory, or your ability to think.

The brain and aging

Until recently, neuroscientists thought you were born with a certain number of neurons. Brain aging was thought to occur because these neurons died or stopped functioning. Today, science knows better.

New research in the journal Cell Stem Cell shows that the elderly have similar numbers of young neurons as teens. (3) This suggests that new neurons can form well into old age. 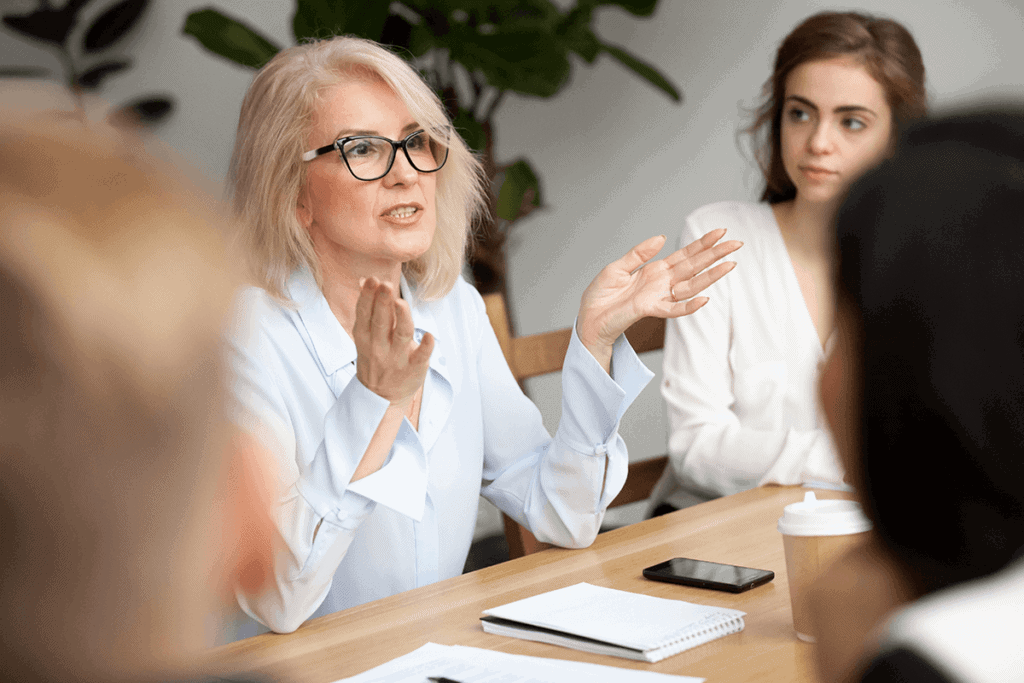 Emerging evidence suggests that we form new neurons throughout our lives.But the news isn’t all good. As we age, the brain shrinks. Shrinkage in the frontal lobe and hippocampus—areas of the brain responsible for higher cognitive function and storing new memories—starts around the age of 60 or 70 years. The connection between neurons also starts to degrade and the brain creates fewer neurotransmitters—brain chemicals like dopamine and serotonin—so communication within the brain isn’t as efficient as it used to be. (4)

While some of this deterioration is beyond your control, there are steps you can take now to slow your brain’s aging process. Adopting brain-healthy behaviors, no matter what your age, can also help you build better cognitive fitness.

7 ways to keep the brain healthy

Just like physical exercise, adding a mental workout to your daily routine can help prevent cognitive decline. Studies show that you can build your mental muscle with a variety of cognitive activities like playing bridge, doing crossword puzzles, or learning a new language. (5)(6)

Meditating on a regular basis not only helps you manage stress, but it also forms new connections within the brain and, as a result, leads to better cognitive function. In one cross‐sectional study, people who meditated had less age‐related mental decline in key areas of the brain. (7)

Regular workouts don’t just help you stay in good physical shape, studies show they also boost long-term brain function on a cellular level. (8) Exercise also increases blood flow to the brain and helps neurons form better connections. To get these physical and mental benefits, aim for at least 30 minutes of moderate exercise most days of the week.

Good quality sleep is crucial for healthy brain function. In fact, too little sleep or interrupted sleep can actually change the gray matter in your brain—and that can have a negative effect on attention and working memory. (9) How much sleep does your brain need? Most experts recommend seven to nine hours each night for healthy cognition.

Staying active socially may help prevent Alzheimer’s disease, say researchers from Chicago’s Rush University Medical Center. (10) For a healthy brain later in life, volunteer, join a club or meet-up group, take a class, and make time to get together with friends. 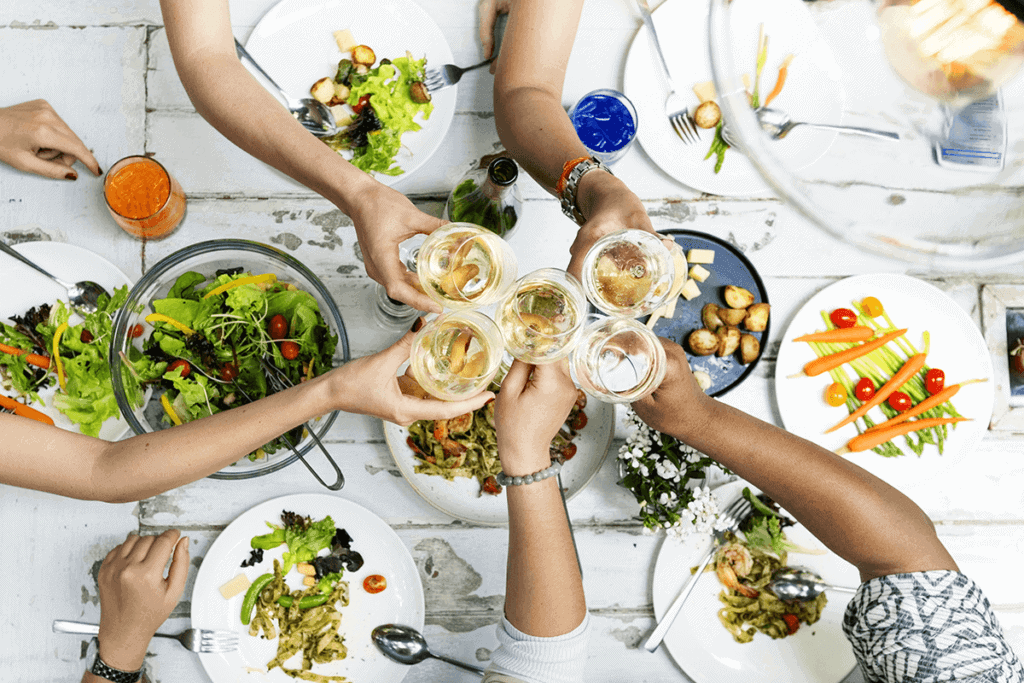 Nourish your brain with healthy whole foods and a strong social network.

Feed your brain the nutrients it needs. Instead of a diet that revolves around refined or processed foods, opt for brightly-colored fruits and vegetables that provide free-radical quenching antioxidants. Fats matter too, since the brain is made up of at least 60 percent fat. Omega-3 fatty acids, found in fish like salmon, protect brain cells and enhance cognition. Other healthy fats also benefit the brain by boosting blood flow and reducing oxidative stress. (11)(12) Among the best brain-foods, açai, avocados, beets, berries, chocolate, eggs, fatty fish, green tea, and olive oil rank on top.

The best supplements for brain health

While smart lifestyle changes are critical to ensure your brain is firing on all cylinders, these three supplements can give you an added edge. They may even offer protection from Alzheimer’s disease and all-cause dementia.

This amino acid provides the brain with much-needed power by preserving mitochondria—tiny energy factories found deep within all cells, including your brain cells. It also improves blood flow, protects against toxins, and helps transport fatty acids between the cells. Studies consistently show that acetyl-L-carnitine effectively treats mild cognitive impairment, and may even help those with early-onset Alzheimer’s disease. (13)(14)

Technically known by the tongue-twisting moniker CDP-choline; cytidine 5’-diphosphocholine, citicoline is a compound naturally found in all living cells, with the highest concentrations found in the brain and liver. It plays a particularly important role in the formation of cell membranes. Supplementation with citicoline in older adults has been shown to improve verbal memory, memory performance and cognition, attention span, blood flow to the brain, and bioelectrical activity. (15)(16) All of these actions may translate to improvements in short and long-term memory, attention span, and perceptual motor capacity (the process of taking in, organizing, and interpreting sensory information about the world around you). 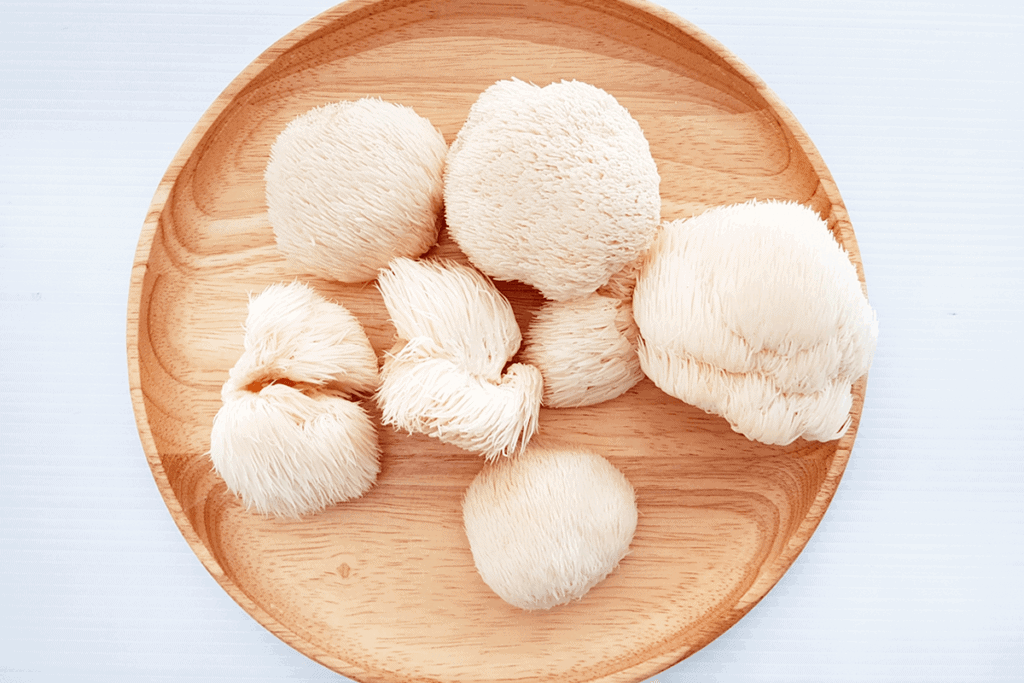 Lion’s mane mushrooms work in a variety of ways to enhance clarity and memory.

This beautiful cascading mushroom contains specific compounds called erinacines that enhance cognition and memory by speeding myelination and by enhancing the production of Nerve Growth Factor. Nerve Growth Factor is a protein that plays a key role in the maintenance and regeneration of neurons. Lion’s mane also protects against brain cell death, which improves both mental clarity and memory. In one small trial published in Phytotherapy Research, researchers assigned 30 seniors with mild cognitive impairment to a daily dose of either lion’s mane or a placebo. In cognitive tests administered periodically during the study, those taking the lion’s mane showed significantly better brain function than those in the placebo group. (17)

Check out the 4 Vitamins That Work Wonders For Brain Health & Memory!

Taking these simple steps now can help keep you mentally spry at every age. After all, you’re never too young—or too old—to enhance your cognition, protect your memories, and enjoy a more intellectually stimulating life.