What is Astaxanthin and Why Do I Need It?

Have you ever wondered why shrimp turn pink when you cook them? The secret is a pigmented carotenoid compound called astaxanthin (pronounced as-ta-ZAN-thin). If you’ve never heard of astaxanthin, you’re not alone. Produced by the microalgae Haematococcus pluvialis, Chlorella zofingiensis, and Chlorococcum, as well as the yeast Phaffia rhodozyma, astaxanthin is one of nature’s most potent antioxidants. (30) As a result of its free radical fighting capabilities, astaxanthin has been linked to a host of health benefits. (1)

However, until supplements became commercially available, the only way to get this colorful anti-oxidant was by consuming foods such as salmon, red trout, lobster, crab, and shrimp that feast on sources of astaxanthin. In fact, astaxanthin is what gives these delectable foods their delicate pink, orange, or red color. (1) The problem is, most of us don’t eat these foods regularly, so our intake of dietary astaxanthin is typically low. Fortunately, supplements can now help fill in the gap.

Did you know? An astaxanthin-rich diet is what gives flamingos their distinctive pink feathers. (6) 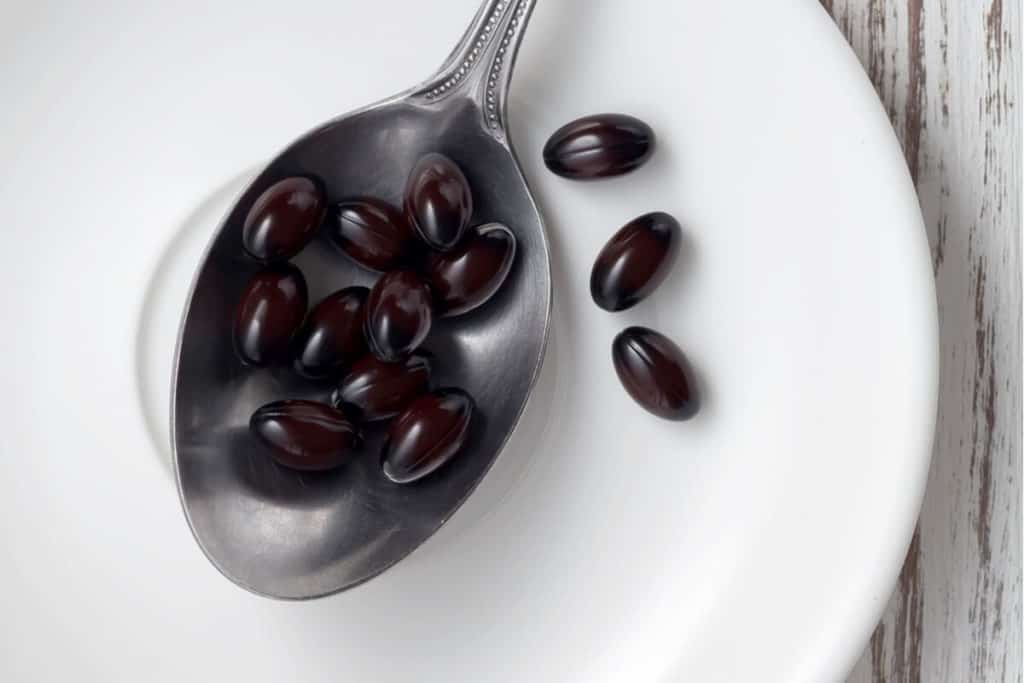 While you can get astaxanthin from foods like salmon, supplements can give you a daily dose of this potent antioxidant.

What makes the carotenoids in astaxanthin different from other sources such as carrots? Unlike the beta-carotene found in carrots, astaxanthin offers two additional groups of oxygen molecules, giving it the ability to not only trap free radicals but to inhibit the damaging free radical chain reactions that can lead to disease. Due to its distinctive chemical structure, astaxanthin belongs to a unique class of carotenoids, known as xanthophylls, which offer superior antioxidant capabilities. (1)

A growing number of studies suggest that astaxanthin may support whole body health. Below are the systems and conditions found to benefit the most from a steady supply of this antioxidant. 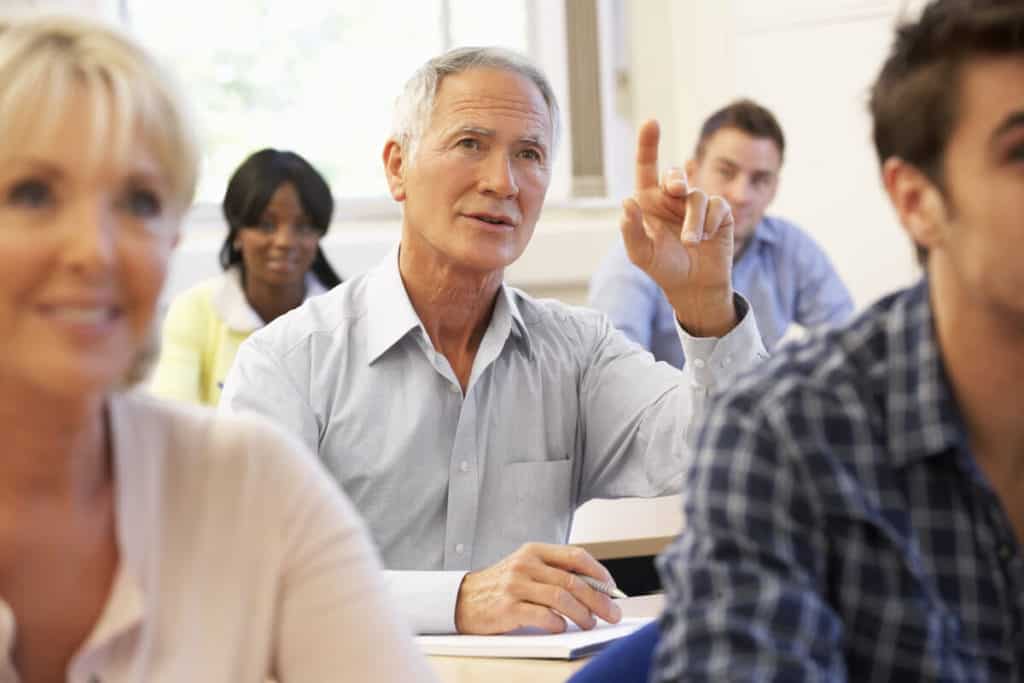 Studies suggest that astaxanthin helps delay brain aging and may help you stay sharp at any age.

As astaxanthin can effectively cross the blood-brain barrier, it reduces damaging oxidation and inflammation in the brain. This, in turn, may delay brain aging and help prevent serious conditions such as dementia that can impact cognition and memory. (8) In one study, rats fed astaxanthin showed less oxidative damage and an increase in brain derived neurotrophic factor (BDNF), a protein involved in the production of new brain cells. (35) Another study in mice reported that astaxanthin improves cognitive performance and brain plasticity (the brain’s ability to adapt to changes) in both young and old animals. (8) Animal studies also suggest that astaxanthin reduces stroke-related damage and enhances mental performance when taken before a stroke occurs. (12)(19)

Other studies suggest that it might help guard against Alzheimer’s disease and vascular dementia. One way it may do this is by protecting brain cells from the damage caused by the accumulation of beta-amyloid plaque. (18)(34) A double-blind, randomized, placebo-controlled trial of 30 middle-aged and older adults found that supplementing with astaxanthin also improved the antioxidant status of red blood cells responsible for delivering oxygen to the body’s tissues, including those in the brain. This, in turn, reduced the buildup of oxidized fats in the cell membranes, another risk factor for dementia. (22)

Fostering healthier cholesterol and triglyceride levels are just one way astaxanthin protects heart health. Animal research suggests that it also supports healthy blood pressure by reducing oxidative stress and relaxing the inner walls (the endothelium) of arteries. (10) In addition, astaxanthin has been shown to enhance blood flow and circulation by improving endothelial thickness and elasticity in rats. (11) Taken together, these findings suggest that astaxanthin might work on several fronts to lower the risk of atherosclerosis, a condition characterized by the narrowing and stiffening of arteries due to the accumulation of plaque. Atherosclerosis, one of the most common forms of cardiovascular disease, can increase your risk of heart attack or stroke. (15)(23)

In one clinical trial of 42 healthy women that appeared in the journal Nutrition & Metabolism, researchers found that those who took a daily dose of astaxanthin had a decrease in oxidative stress and inflammation, as well as a stronger immune response compared to those taking a placebo. The participants taking the astaxanthin also showed fewer signs of DNA damage as a result of astaxanthin’s antioxidant properties. (28)

Astaxanthin may also work in other ways to enhance immunity. Lab and animal experiments have found that astaxanthin increases the production of cell signaling proteins called cytokines that send immune cells to the site of inflammation or infection. At the same time, astaxanthin was shown to prevent the immune system from going into overdrive, which may contribute to autoimmune dysfunction. (16)(27)

Astaxanthin for a healthier liver

Your liver is among the hardest working systems in the body, yet oxidative stress caused by poor diet or long-term alcohol abuse can damage this vital organ. Astaxanthin not only reduces the free radical damage and inflammation responsible for this oxidative stress, it also improves cholesterol levels, which indirectly helps protect the liver by reducing the risk of fatty liver disease. (3)

Oxidative damage, typically caused by exposure to the sun, plays a key role in skin aging. Over time, this damage may contribute to deep wrinkles, age spots, and dryness. (29) Astaxanthin has been shown to protect against sun damage, reduce inflammation, and neutralize free radicals that can age skin prematurely. (5) In animal studies, astaxanthin prevents the reduction of collagen, a critical protein that gives structure to your skin. It also prevents skin thickening and the production of melanin (the natural pigment that determines skin color) in response to UV rays. (9) An earlier study of skin cells exposed to UV radiation found that astaxanthin reduced the breakdown of collagen. This suggests that astaxanthin might protect against the signs of aging, such as sagging and wrinkles. (31)

How do these findings translate to people? One trial involving both women and men found that combining an oral supplement with topically-applied astaxanthin reduced wrinkles and the size of age spots, while also improving skin elasticity, texture, and the skin’s ability to retain moisture. (32) Another study found that taking an astaxanthin supplement protected against UV damage and prevented premature skin aging in 65 healthy women. (33) 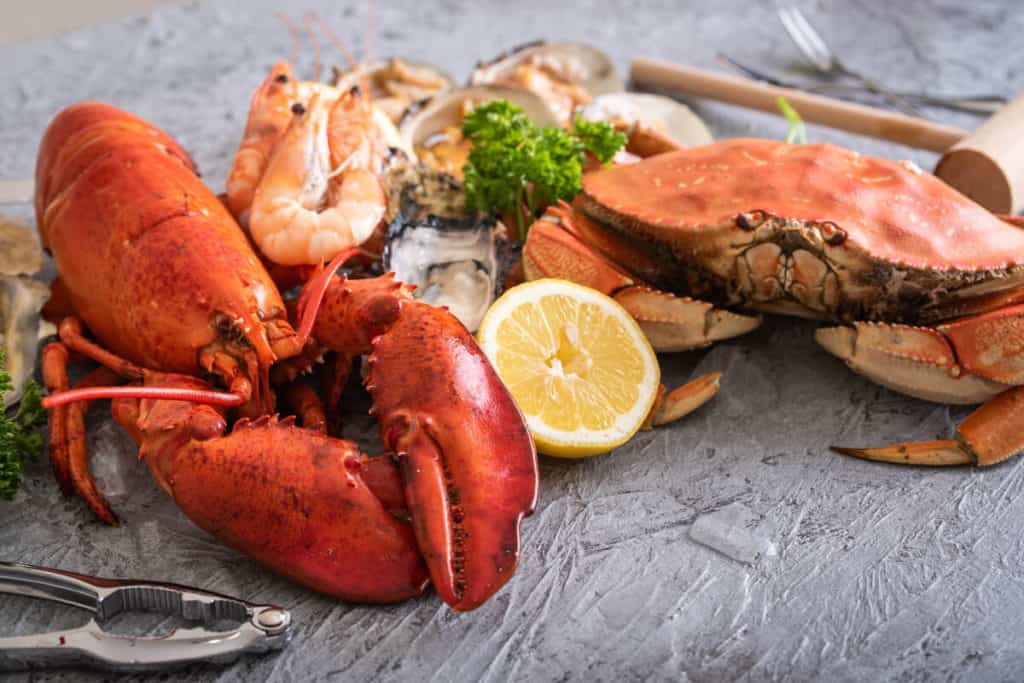 Shellfish like shrimp, crab, and lobster are excellent, and delicious, sources of astaxanthin.

What you should know about astaxanthin supplements?

Like other carotenoids, astaxanthin has limited bioavailability. However, research shows that, since astaxanthin is a fat-soluble nutrient, combining supplemental astaxanthin with dietary fat can enhance both absorption and bioavailability. (1) You can also check labels for a lipid-based formula that includes fat such as fish oil, flax oil, or olive oil when shopping for a supplement. (25)

Did you know? Although there currently aren’t any guidelines documenting an effective dose for astaxanthin, most supplements provide 6 to 12 mg per dose.

Astaxanthin obtained from food is considered to be likely safe. Doses up to 40 mg taken in supplement form for up to 12 weeks have also been found to be safe. (25)

Astaxanthin is quickly gaining popularity among health-conscious consumers. As new studies are conducted, it’s likely this colorful carotenoid could be credited with even more health benefits. For now, you may want to try adding more astaxanthin-rich seafood to your diet and speaking with your health care practitioner about supplementation to make sure you’re getting all the free radical fighting benefits this nutrient has to offer.