Sage Benefits: Just a Spice or Something More?

Many people use sage as a culinary herb, but did you know that it may also be used for medicinal purposes? A staple in the culinary arts, a spiritual tool, and an herb with therapeutic properties, sage is a rather aromatic plant. While its native home is that of the mediterranean, sage can now be found growing in many places and used by a diversity of people. While the ancient Romans and Greeks used sage for their digestive complaints, the Egyptians used it to support fertility. (14) The Greeks and Brazilians believed it could strengthen one’s memory, and Brazilians also traditionally used fresh sage leaves as a mouth freshener. (6)(14) Others have and continue to use it for menstrual complaints, menopausal symptoms, as an antiseptic, and for a myriad of other conditions ranging from fever and the common cold to ulcers and even liver disease, just to name a few. (6) Continue reading to learn more about sage and its health benefits.

While many may think of sage as being one herb, the term actually houses multiple plants. Sage refers to any plant belonging to the genus Salvia. A genus represents a subcategory in the classification of living organisms. Salvia comprises the largest genus of the Lamiaceae or mint family, consisting of more than 900 species. Salvia comes from the Latin word salvare, meaning to ‘save’ or ‘cure’, hinting to the rich medicinal properties of sage. The word ‘sage’ itself means ‘wise’, hinting to the herb’s health benefits for the brain and ailments of the mind. (11)(14)

Perhaps the most well-known species of sage is Salvia officinalis (S. officinalis), which is frequently referred to as garden sage, meadow sage, or common sage. Other types of sage include black sage (Salvia mellifera), autumn sage (Salvia greggii), clary sage (Salvia sclarea), and white sage (Salvia apiana). Sage can be found in a multitude of forms including tea, essential oil, in a bundle for burning or smudging, as well as in a dried, fresh, or extract form.

Sage has many health implications in both traditional and modern medicine practices.

Sage has been used as a tea for centuries. Sage tea has been so highly coveted throughout the years that in 18th century China, merchants would sell two times the amount of their best tea for that of sage. (6) Traditionally, it has been used for treating the common cold, alleviating coughs, and even for the treatment of warts. (10)(14) Similar to coffee consumption in recent times, the ancient Romans frequently consumed sage tea as a stimulant. (14) Other common traditional uses of sage tea include: 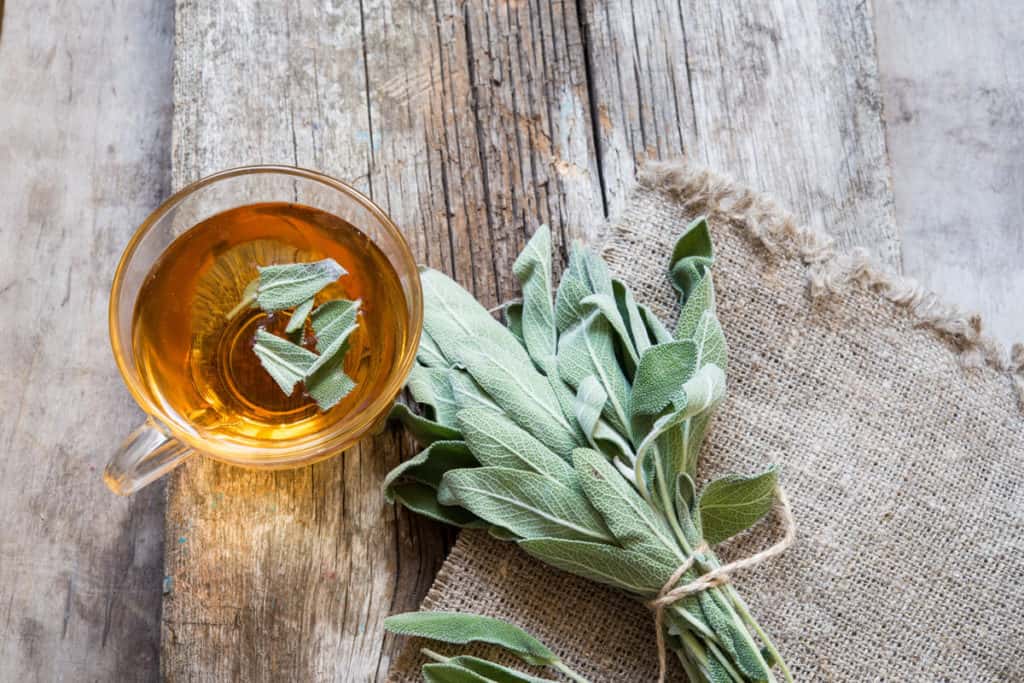 Sage tea has been traditionally used to address the common cold and alleviate coughs.In addition to those listed above, sage has other major health implications including for memory and brain function and as an antidiabetic for blood sugar control.

Sage for a healthier brain

Sage can aid learning, memory, and cognitive skills, suggesting its potential in preventing and treating conditions of the brain such as dementia. Many species of Salvia, such as Chinese sage (Salvia miltiorrhiza), are considered nootropics, which are substances with cognitive-enhancing effects. (9) Chinese sage, in particular, has been shown to prevent the production of amyloid beta plaques in mice, the accumulation of which is implicated in the progression of Alzheimer’s disease and associated cognitive decline. (9)

Salvia also interacts with the brain by affecting levels of acetylcholine, one of the major neurotransmitters or signalers in the central nervous system. (9) Acetylcholine plays a major part in the communication between neurons in the brain. Inadequate levels of acetylcholine may, therefore, cause symptoms of cognitive decline. Several of the active constituents found in species of sage, such as rosmarinic acid, work to decrease the activity of the enzyme that breaks down this neurotransmitter, thus allowing acetylcholine to remain at higher levels in the brain and leading to better memory, motivation, and mood. (9)

Sage is also indicated in brain health for some of its general properties. As a known antioxidant, sage prevents tissue damage caused by free radicals. This is particularly important in the brain as oxidative stress resulting from free radicals is one of the mechanisms by which neurological disorders may arise. In addition, oxidative stress levels have been found to be elevated in individuals with many mental health disorders, suggesting a positive correlation between the two. (9)

Other properties of sage, such as its antidepressant, anxiolytic (anxiety relieving), and anti-inflammatory effects also aid its brain enhancing properties. (9)

Several studies support the claim that sage helps with cognition and brain function. In a double-blind, placebo-controlled study of Alzheimer’s disease patients averaging 72 years old, those receiving S. officinalis extract showed improved cognition. (2) In a similar study of healthy adults averaging 24 years old, those receiving Salvia lavandulaefolia capsules reported improved memory and mood, including increased alertness, calmness, and contentedness. (16) These studies are examples of many that suggest that sage not only has many implications for use in a variety of cognitive conditions across different age groups but that it may also help those without health ailments who wish to maintain optimal mental health.

Sage as an antidiabetic

S. officinalis is known to possess properties that may be beneficial in cases of diabetes, a chronic metabolic disease that occurs when the body’s ability to produce insulin and regulate glucose becomes compromised. (12)

Common sage has been found to have antidiabetic effects. In a study conducted in mice and rats, water substituted with sage tea for 14 days was shown to reduce fasting plasma glucose levels, increase sensitivity to insulin in liver cells, and prevent hyperglycemic levels or effects. (8) The mechanism by which sage tea is hypothesized to induce these effects is similar to that of metformin, a commonly prescribed antidiabetic medication, which works via inhibition of gluconeogenesis. (8)

Another study analyzed hyperglycemic rats who were treated with S. officinalis essential oil and extract. While the essential oils had no significant effect on glucose levels, the alcoholic extract of the sage did demonstrate hypoglycemic effects. (4) Similarly, a further study showed that after four weeks of treatment, sage extract at low doses produced hypoglycemic effects and decreased insulin resistance in mice. This study suggested that a different mechanism by which sage extract works on insulin is similar to an antidiabetic pharmaceutical medication called rosiglitazone, as it may also improve insulin sensitivity and decrease the production of lipids, but without the risk of side effects associated with this medication. (3) These studies suggest that sage may be a possible therapeutic intervention or preventative treatment for diabetes. 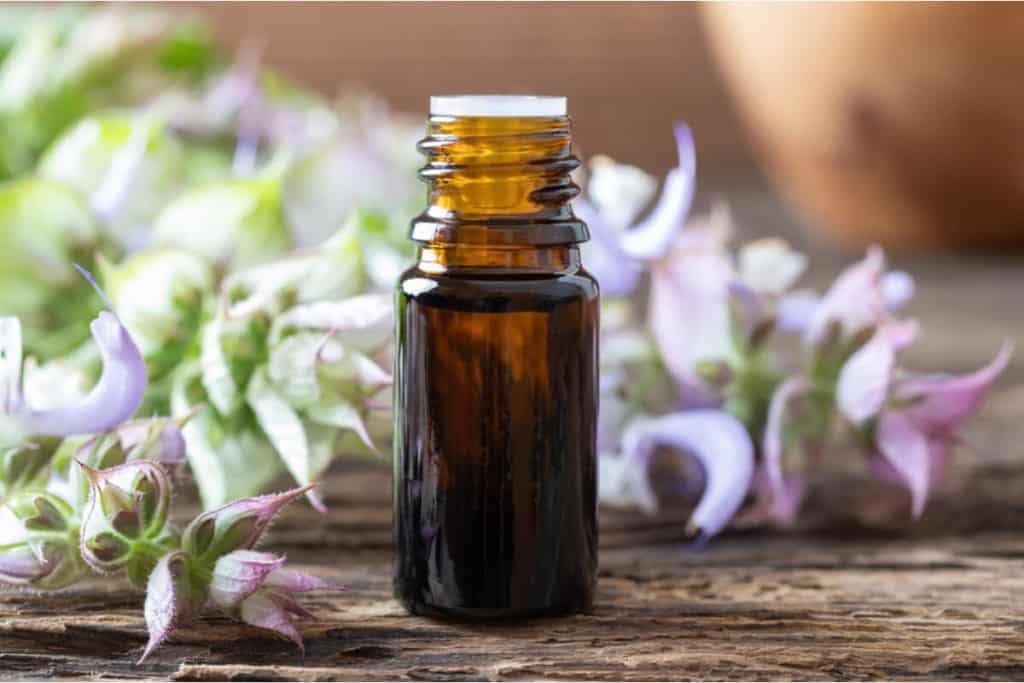 Clary sage is well-known for its antidepressant, antimicrobial, and antioxidant properties. (13)(15)(7)

Other benefits of sage

In addition to the benefits outlined above, sage may also:

From ancient times to present day, the many species of Salvia continue to be used for a myriad of ailments. Whether the goal is enhancing cognitive function, improving mood and general mental health, improving insulin sensitivity, or just to simply add more flavor to food, sage constitutes a staple to both culinary and medical practices.