For the functional medicine practitioner, it is not a rare occurrence when a patient presents with uncomfortable gastrointestinal (GI) symptoms such as bloating, abdominal pain, diarrhea, and/or constipation. These are common complaints that present across most GI cases. But what happens when the patient doesn’t show improvement and even small dietary changes still result in gas, bloating, diarrhea, and food intolerances? These health issues are frustrating for any patient, especially if they have tried numerous approaches with unsuccessful results and cannot pinpoint the cause of their symptoms. If this is the case, you may want to consider small intestinal bacterial overgrowth (SIBO). 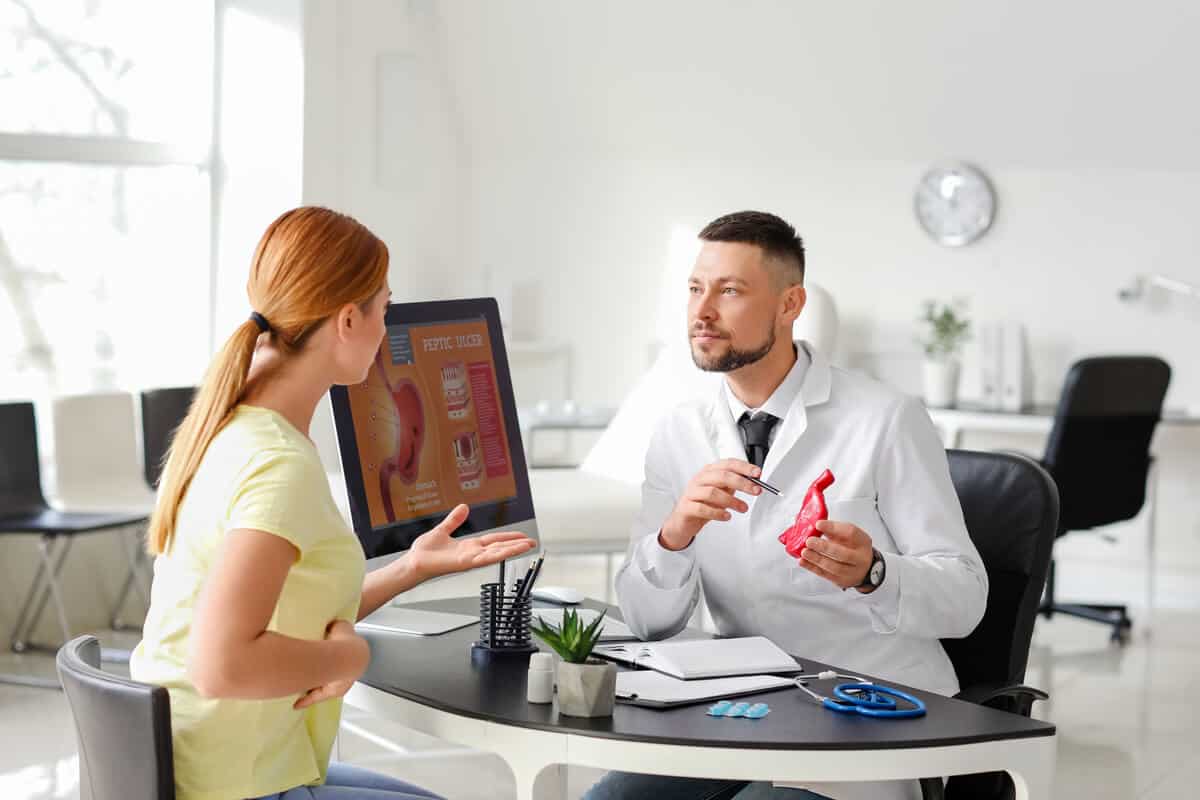 Small intestinal bacterial overgrowth, also known as SIBO, occurs when the concentration of bacteria in the small intestine is too high.

SIBO is an increasingly common condition in which, simply put, the concentration of bacteria in the small intestine is too high. SIBO may occur as a result of an overgrowth of naturally occurring flora in the small bowel or a translocation of bacteria from the large intestine, where they are found in higher concentrations. Sometimes levels of bacteria in the small intestine can even approach the levels that we normally find in the colon. Traditionally, this overgrowth was thought to occur because of motility issues, either from inadequate firing of the migrating motor complex due to bacterial methane production or blockages in the GI tract (e.g., constipation or anatomical disturbances). (2)(9) However, there is more to the story.

The link to cytolethal distending toxins

Cytolethal distending toxins (CDTs) are compounds secreted by gram-negative bacteria (e.g., Escherichia coli, Salmonella, Shigella, and Campylobacter jejuni), which are often the same type of bacteria commonly associated with infections of the stomach and small intestine. (11) The intestinal barrier is composed of epithelial cells separated by tight junctions, which separate the inner cavity of the intestines from the gut submucosa. Cytolethal distending toxin B subtype can damage cytoskeletal proteins within the intestinal epithelial cells without disrupting the tight junctions. This may eventually lead to increased intestinal permeability and leaky gut syndrome-like symptoms. (5) This is a novel discovery because leaky gut syndrome was often thought to be associated with just the degradation of tight junction proteins.

Increased microbial activity from the overgrowth of bacteria undeniably leads to excess fermentation in the small intestine, which is at the core of SIBO-like symptoms. Individuals with SIBO eating the healthiest of diets can still be susceptible to gas, bloating, and an intolerance to certain foods, including problems with fermented foods and probiotic supplementation. Although probiotics can be an effective therapy for dysbiosis (microbial imbalance), probiotics given to individuals with SIBO may exacerbate the fermentation-based symptoms. (10) This conundrum makes a probiotic recommendation difficult for SIBO and these types of patients among the most difficult to treat GI cases.

According to Dr. Vincent Pedre, MD, medical director of Pedre Integrative Health and founder of Dr. Pedre Wellness, “a common treatment approach to SIBO is to start with a low dose of about five billion CFU of a traditional Lactobacillus and Bifidobacterium and gradually increase the dose in a stepwise fashion, while making sure to not make symptoms worse. (12) However, I found that most of the time, symptoms do get worse, even at excessively low doses, making supplementation with traditional Lactobacillus and Bifidobacterium a risky undertaking in the SIBO patient.”

Bacillus subtilis are particularly helpful because they remain inactive and dormant until they reach favorable, nutrient-rich environments in the distal gastrointestinal tract where they slowly become active. With a longer life cycle than traditional probiotics, they can be administered in much lower doses to help create microbial diversity without causing irritating symptoms. In fact, certain Bacillus species have been shown to relieve symptoms of bloating. (6) Activated Bacillus species use quorum sensing to group together, communicate, and produce active compounds (e.g., enzymes, bacteriocins) that inhibit and breakdown non-resident species in targeted areas of the small intestine. (4) 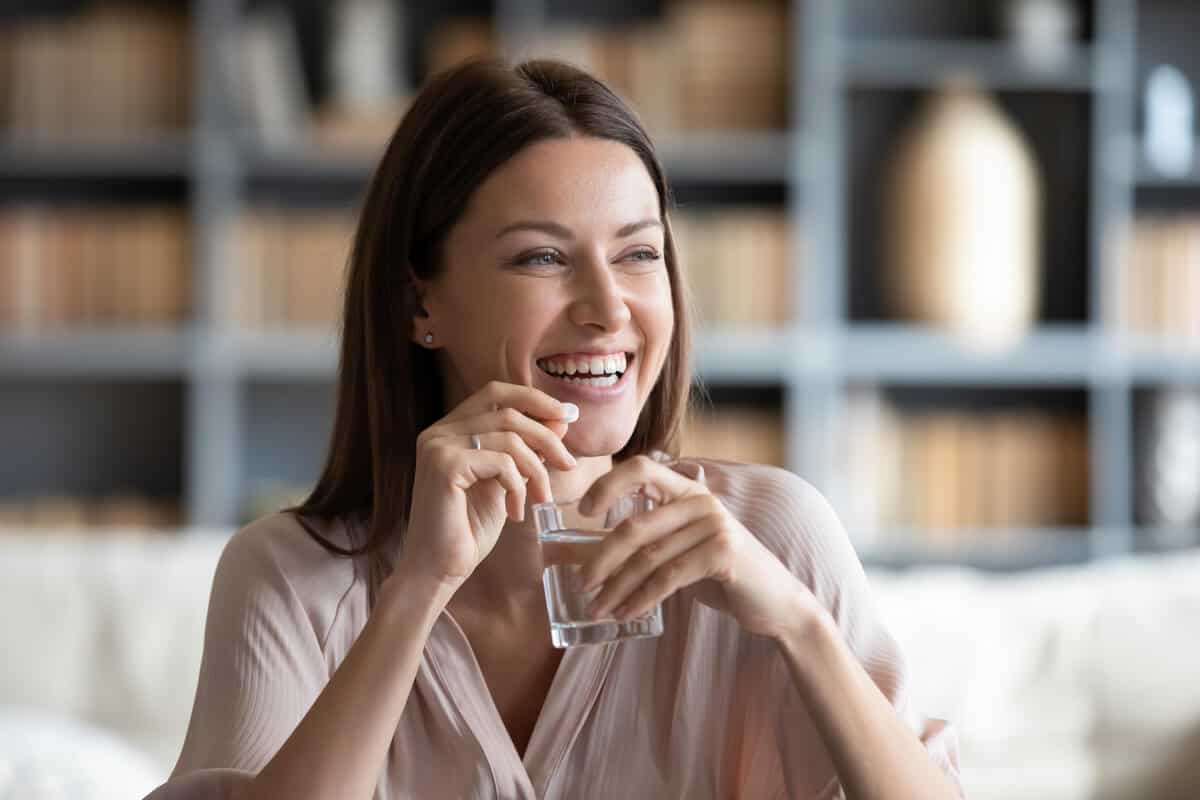 Spore-forming Bacillus probiotics and serum-derived immunoglobulins have been shown to be beneficial for patients experiencing SIBO.

“When I started using spore-forming organisms in my SIBO treatment regimen, I immediately noted improved outcomes in patients who had been chronically suffering for months to years,” says Dr. Pedre. “However, I also noted not every patient did well solely on these spore-based probiotics. They began suffering from symptoms consistent with die-off. So, I looked for ways to mitigate these die-off symptoms, while still using the spore-forming organisms to reinstate balance in the gut.

Because the resulting die-off can expose the gut to toxins and other harmful compounds, I decided to add serum-derived immunoglobulins (SBI) to my SIBO treatment regimen (with caution in severely constipated SIBO patients).”

SBI acts as a targeted and biologically-active binder which can provide remarkable benefits in SIBO cases, as well as provide a dairy-free option for lactose, whey, and/or casein-sensitive patients. Immunoglobulins have shown broad-spectrum binding capacity and promise in preventing bacterial components like LPS and toxins like CDT from damaging gut tissues and eliciting immune responses, which may lead to leaky gut syndrome and ongoing symptoms. (1)(3)

“This had been the case with my 37-year-old female patient who had been suffering from severe, uncomfortable bloating for almost a year,” explains Dr. Pedre. “Aside from using a traditional treatment approach to SIBO, which she had tried several times to no avail, I realized her gut needed the help of a spore-based probiotic plus SBI to reset the microbiome balance in her small bowel. By using this approach, along with targeted nutrition and lifestyle interventions, which included stress-reducing strategies, she was finally able to conquer months of SIBO symptoms and resume living a normal life.”

The SIBO conversation is changing. Recent findings have suggested prolonged exposure to CDTs from food-borne pathogens have potential to cause tissue damage, possibly leading to leaky gut syndrome, and even autoimmunity if left unaddressed.

With challenging SIBO cases, timely intervention with spore-forming Bacillus probiotics and serum-derived immunoglobulins as a first line approach to restore the gut terrain and protect the gut lining may be considered. If you’re a patient, be sure to speak to your integrative healthcare provider before introducing new dietary supplements, including probiotics, to your wellness regimen.