Research Update: A Randomized Controlled Trial on the Effect of Melissa Officinalis Syrup on Patients with Psoriasis

Research Update articles are produced in order to keep practitioners up to date on impactful research that is relevant to the field of integrative medicine. These articles may contain summaries of recent studies, events, or other industry news that advance current knowledge and standards of care. The following article summarizes the research conducted by Yargholi et al. titled, “The effect of Melissa officinalis syrup on patients with mild to moderate psoriasis: a randomized, double-blind placebo-controlled clinical trial,” which was published in the journal BMC Research Notes in 2021. (2)

Psoriasis is a complex, immune-mediated inflammatory disease. (2) The development and pathology of this papulosquamous skin illness is derived from several immune factors including tumor necrosis factor alpha, dendritic cells, and T-cells. (1) Of those with psoriasis, 90% present with psoriasis vulgaris, also termed plaque psoriasis, which is a chronic disease involving plaque formations on the skin. (1) Psoriasis comprises varying levels of severity, is associated with increased risk of comorbidities, and does not always respond well to conventional therapies. Consequently, about 43 to 69% of patients seek out complementary and alternative medicine for treatment, primarily in the form of medicinal herbs. (2) This study aimed to investigate the efficacy of Melissa officinalis (M. officinalis), commonly referred to as lemon balm, in the form of a syrup prepared following traditional Persian medicine, as a treatment option for plaque psoriasis. 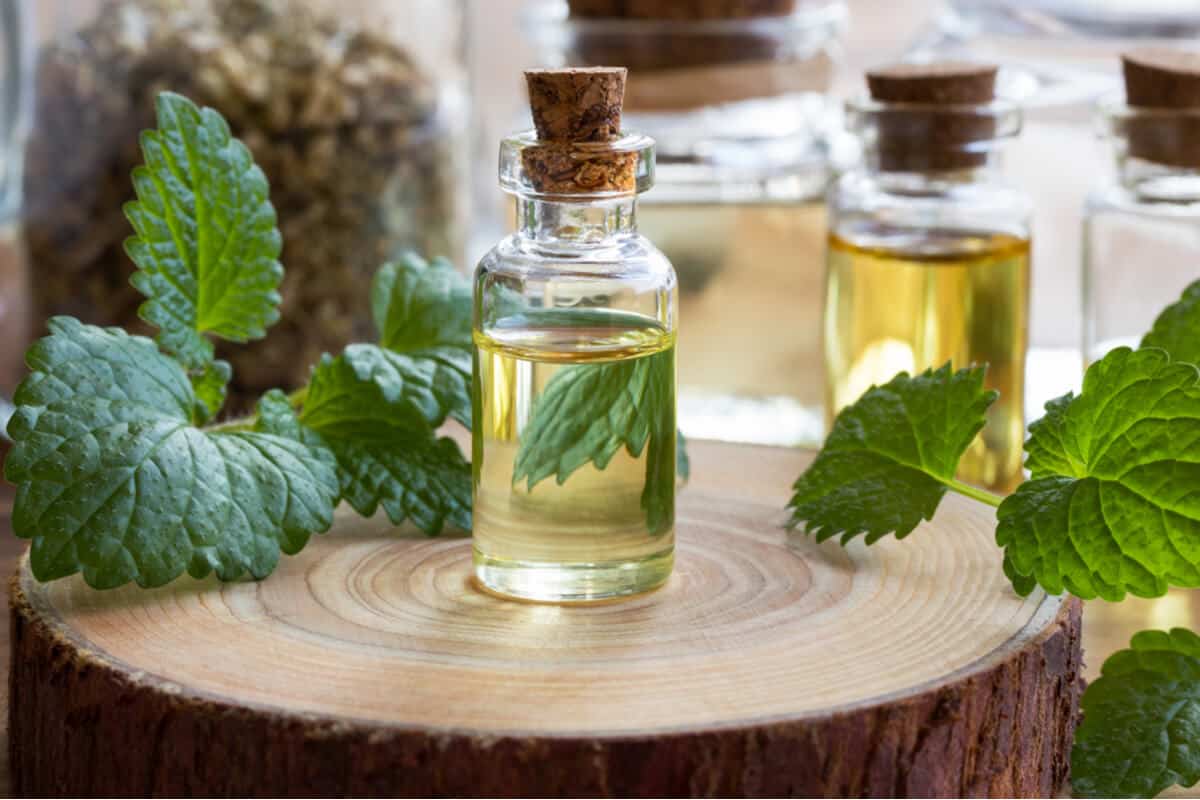 M. officinalis, commonly referred to as lemon balm, is an herb with many medicinal properties.

To meet the inclusion criteria, patients had to be at least 18 years of age with mild to moderate plaque psoriasis which was defined as having a score of less than 30% on the Psoriasis Area and Severity Index (PASI) as well as having less than 10% of body surface involvement. Participants also must not have participated in any other studies or phototherapy during the month preceding the trial. Patients with acute progressive psoriasis and tendency for erythroderma, other forms of psoriasis such as guttate, and a history of cardiovascular disease or cancer, as well as patients who were pregnant, lactating, or had allergies to components of the M. officinalis syrup were excluded from the study. Patients taking immunosuppressive drugs such as corticosteroids in the last four weeks or medications that may augment psoriasis symptoms such as beta-blockers were also excluded from the study.  The format of this study was a 12-week, randomized, double-blind, parallel-controlled trial. Participants were randomized into two groups, either intervention or control. The syrup consumed by the intervention group was prepared by adding 3 g of M. officinalis, 8 g of Rosa x damascena or Damask rose, and 1 g of Foeniculum vulgare or fennel to 450 ml of water and heated until the decoction reduced to 250 ml with the addition of honey as sweetener. The syrup consumed by the control group was prepared by adding sugar, caramel coloring additive, and 1% of rose water. Differences between the two syrups were undetectable regarding taste, odor, color, and viscosity.

95 patients met the inclusion criteria and completed the trial with 47 in the intervention group and 48 in the control. Photographs of each participant’s skin were taken prior, during, and at the end of the trial. A sociodemographic questionnaire was used to collect data as well as the PASI ranging from 0-72, Dermatology Life Quality Index (DLQI) ranging from 0-30, and Visual Analogue Scale (VAS) ranging from 0-10 with the latter numbers representing higher severity of disease, higher impairment of quality of life, and higher severity of pruritus intensity, respectively. There were no determined differences between scale severity when comparing the groups at baseline; however, significant differences were noted as the trial continued. While no significant changes in DLQI score were observed, mean pruritus intensity score decreased from 6.34 ± 2.68 pre-intervention to 3.45 ± 2.18 at follow-up, whereas pruritus intensity score did not significantly decrease in the control group. The PASI score of the intervention group also significantly lowered compared to the control (1.65 ± 2.17 as compared to 3.36 ± 2.38). These results indicate that M. officinalis has potential to reduce PASI and pruritus severity in patients with mild to moderate plaque psoriasis.

Overall, the study was well constructed with promising results indicating that not only was the medicinal syrup with M. officinalis able to reduce symptom severity but also that it appears to be safe, eliciting no known adverse effects during the trial. However, there were several limitations to the study. The long-term effects of the M. officinalis syrup could not be determined, as post-trial follow-up was not conducted. Furthermore, those with more severe forms of plaque psoriasis or non-plaque forms of psoriasis were omitted from the study; thus, information on how this treatment affects more severe forms of plaque psoriasis or non-plaque pathologies were not determined. The main form of data collection was from questionnaires, which were not assessed for bias. Moreover, while a VAS was also performed, no biochemical tests to analyze results of changes in the skin itself were performed due to financial constraints leading to a lack of objective data to support conclusions. Finally, while the study highlights the efficacy of M. officinalis, the efficacy and possible synergy of the other medicinal ingredients that were present in the experimental syrup though absent in the control were not addressed.

M. officinalis syrup may be a useful treatment option for those suffering from mild to moderate plaque psoriasis and provides a safe alternative compared to conventional forms of treatment. More research, ideally with biochemical testing included, is required to better assess its implication in more severe and diverse forms of psoriasis.