Most Common Nutrient Deficiencies For Women

Are you a woman who thinks a balanced diet would protect you against nutrient deficiencies? Just eat the rainbow and you’re fine, right? But the truth is that even with the best diet which — let’s be honest — most of us haven’t achieved, it’s possible for women to be nutrient-deficient. 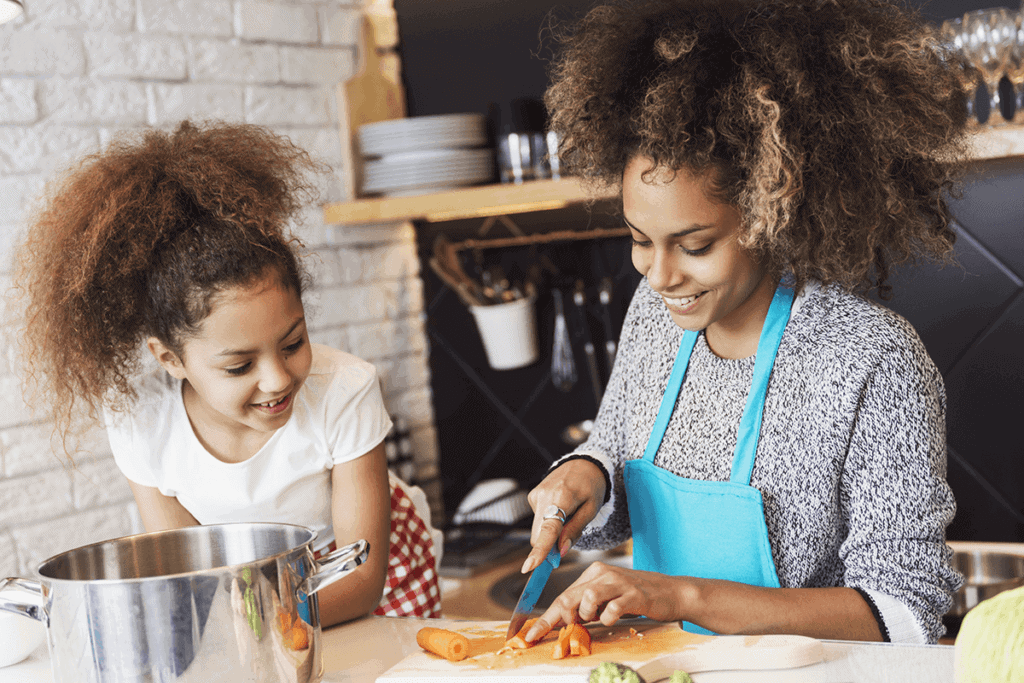 A balanced diet is the first step in preventing nutrient deficiencies.

What’s the definition of nutrient deficiency?

Nutrient deficiencies occur when a person either doesn’t consume or doesn’t absorb enough of a certain nutrient—a vitamin, mineral, or fatty acid, for instance. Most doctors look to established recommended ranges for both intake and blood levels of different nutrients when identifying deficiencies. However, not everyone agrees that these numbers tell the whole story.

Did you know? Nutrition-focused healthcare providers will often point out that you don’t need to reach the level of full-blown deficiency in order to have a problem with your nutrition.

Look at it this way: The established levels are there to ensure people get the bare minimum of each nutrient. But for optimized nutrition, the ideal nutrient levels—both in the diet and in the blood—may be higher.

Most nutrient deficiencies have an associated set of symptoms, and they can oftentimes overlap, according to Michelle Simon, Ph.D., ND. (1) Simon is president and CEO of the Institute for Natural Medicine (INM) (2), a nonprofit focused on educating the public about naturopathic medicine. One of the more common first signs of nutrient deficiency, she says, is fatigue. If you notice a sudden drop in energy levels, take it as a sign that your nutrient levels may need attention.

In addition to an overall lack of nutrient intake, certain factors—like special diets, medications, and lifestyle issues—may put a woman at higher risk for nutrient deficiencies. 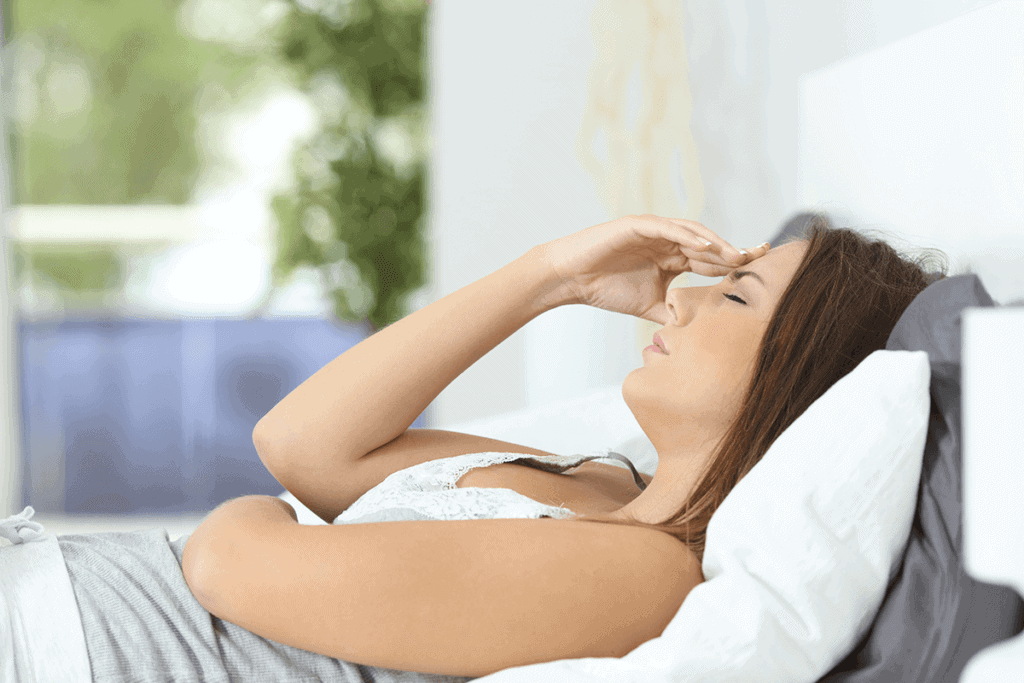 Sudden fatigue or loss of energy is a common sign of nutrient deficiency.

Stress—especially when it’s acute because of life or relationship issues, chronic pain, or an illness—can have a serious impact on nutrient levels.

According to Simon, who in addition to heading up INM also sees women in her role as medical director for Healthwise Integrative Medicine (3) in Seattle, attributes this to a few things.

Celiac disease damages the small intestine, making it unable to absorb nutrients from food. This can lead to a number of nutrient deficiencies in people with celiac disease, including deficiencies in minerals like iron, calcium, magnesium, and zinc, some B vitamins, and vitamin D. (5) A caveat to celiac sufferers looking to add supplements to make up for these shortfalls: Many dietary supplements contain gluten, so you’ll need to seek out ones that are gluten-free.

Ideal levels of vitamin D: This is a matter of great debate. A generally accepted minimum blood level is 20 ng/ml, but others recommend a much higher level—especially in women nearing menopause. (10) Sources of vitamin D: Vitamin D is known as the “sunshine vitamin” because your body makes it when your skin is exposed to UVB rays. During darker months or if you avoid UV exposure because of skin health concerns, it’s a good idea to supplement with extra vitamin D.

Potential risks of vitamin B12 deficiency: (12) 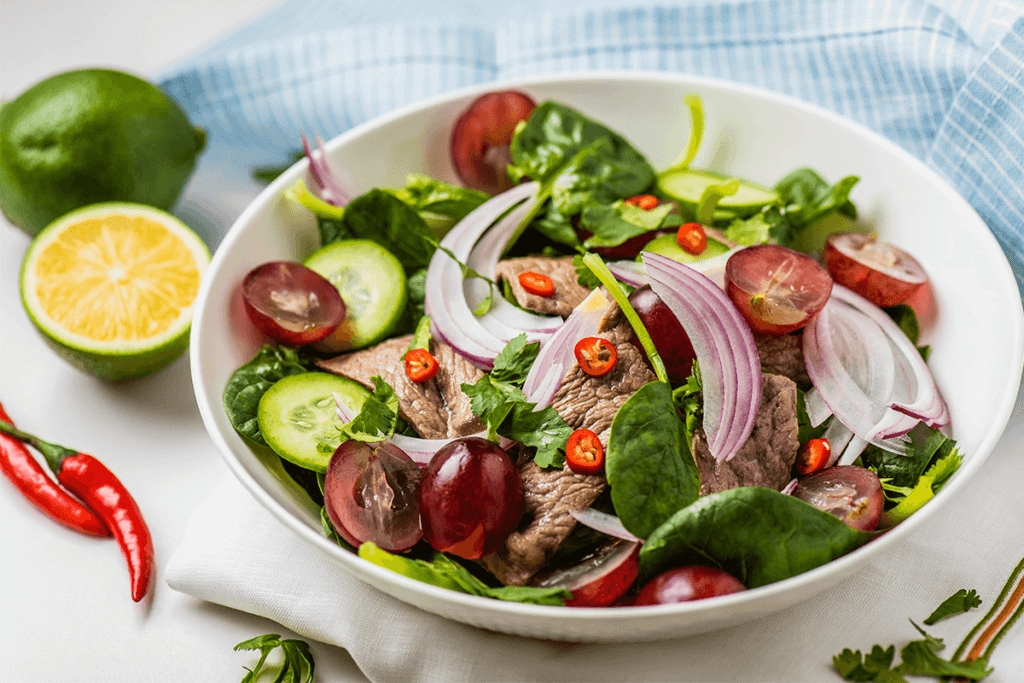 Pair beef (high in iron and B12) with leafy vegetables (good source of magnesium) to increase your intake of commonly deficient nutrients.

Signs of iron deficiency: Iron deficiency can lead to anemia, meaning your body can’t produce hemoglobin (the part of the blood cells that helps them deliver oxygen throughout the body). According to the Mayo Clinic, symptoms of iron-deficiency anemia may include fatigue, weakness, pale skin, chest pain, fast heartbeat or shortness of breath, headache, dizziness, cold hands and feet, a swollen or sore tongue, brittle nails, strange food cravings, and appetite loss. (14)

Ideal levels of iron: 10 to 30 umol/L of iron and 20 to 200 ug/L of ferritin. Sources of iron: According to a study based on data from the UK National Diet and Nutrition Survey Rolling Programme (NDNS-RP), one in four women are not getting enough iron in their diets. (16) To increase the intake of iron, look for foods like lean meat, seafood, nuts, beans, vegetables, and fortified grain products. (17)

Sometimes nutrient deficiencies are just a matter of a diet in need of a boost, or maybe a time of extra stress. But they can also signal something more serious going on.

Simon points to vitamin B12 deficiency as an example. “A deficiency in vitamin B12 can be a sign of something called pernicious anemia, which is the loss of the stomach cells that make intrinsic factor. This can be caused by the destruction of those cells by the body’s own immune system. Left untreated this can result in permanent damage to nerves and organs and raises the risk of stomach cancer.”

Another example that Simon highlights: “Low magnesium can be a sign of celiac disease, diabetes, and more unusually something called Hungry Bone Syndrome where bone loss is accelerated, usually related to a parathyroid hormone imbalance.”

How to test for nutrient deficiencies

Given the potential risks—and the underlying messages deficiencies can be sending—it’s always important to investigate any potential nutrient deficits. Simon’s advice is to make an appointment with a healthcare provider trained in clinical nutrition. Naturopathic doctors are an obvious choice since they have such a deep understanding of nutrition.

“As naturopathic doctors, we receive 144 hours of clinical nutrition training and additional rigorous training to understand the biochemical pathways which utilize nutrients,” says Simon. “Working with a trained healthcare provider can accelerate the discovery of the underlying issue and facilitate a targeted treatment plan.”

So if you’re a woman cognizant of her health and wellness, think beyond the rainbow, and take the first step toward proactively understanding and fixing your common nutrient deficiencies. Together, we can make them uncommon!

One comment on “Most Common Nutrient Deficiencies For Women”