The water-soluble vitamin B12 is found naturally in some foods and also available as a dietary supplement and prescribed natural ingredient. Vitamin B12 plays a part in numerous essential body functions, and deficiency of this vitamin can have widespread health implications. Fortunately, there are plenty of ways to get enough B12 from food and supplements.

Keep reading to learn more about vitamin B12 benefits, deficiency symptoms and implications, and best sources.

Understanding the value of vitamin B12 requires a quick reminder of the importance of DNA synthesis. DNA provides the template that cells use to function properly. When DNA synthesis is impaired, cells can’t replicate and can become damaged or dangerous. Vitamin B12 is critical to DNA synthesis and is required for optimal cellular energy production throughout the entire body. (8)

Besides its influence on DNA, vitamin B12 is also required for optimal neurological and cardiovascular function, as well as blood cell formation. (6) Specific to cardiovascular disease, the connection between vitamin B12 and the heart is via homocysteine, an amino acid that must be broken down by B vitamins in order to be utilized in the body. High homocysteine levels are linked to an increased risk of heart disease with one meta-analysis finding that every 5 μmol/L of increased homocysteine resulted in a 20% increased risk of heart disease independent of other risk factors. (2) Research also shows that vitamin B12 deficiency is linked to a corresponding increase in homocysteine levels. (4) 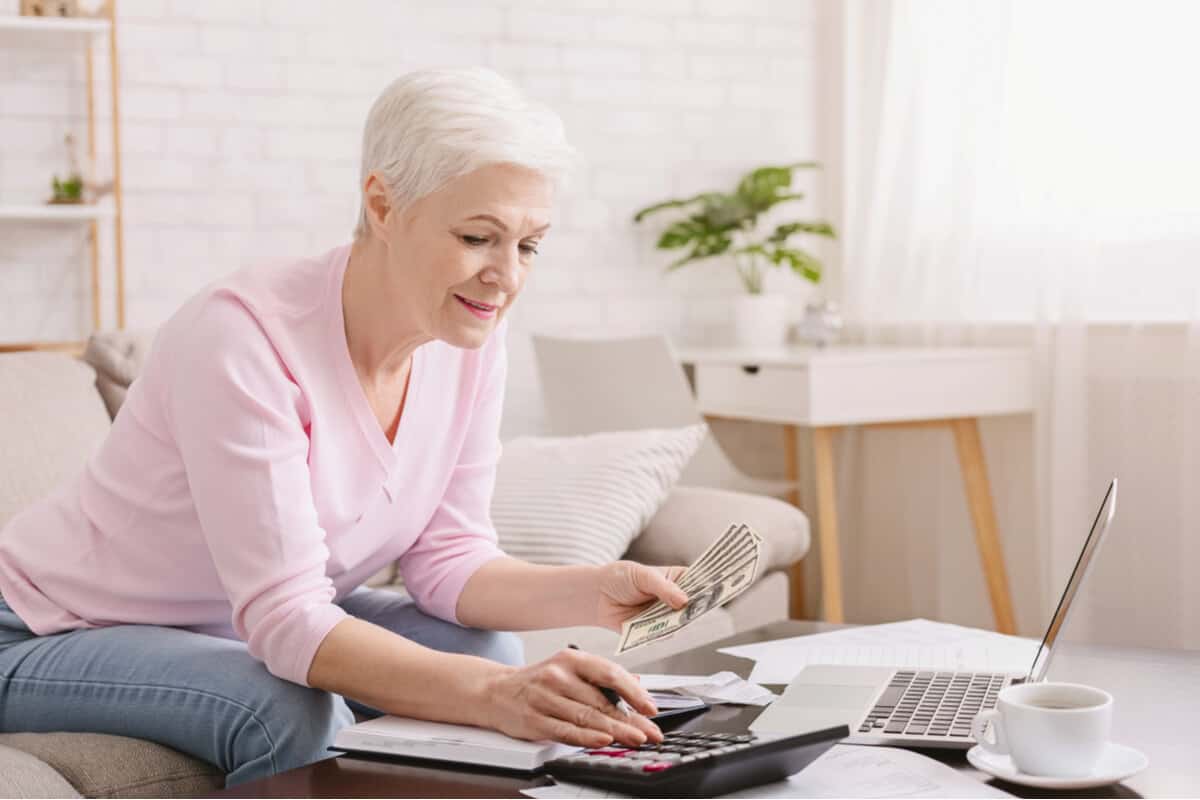 B12 is required for normal neurological function.

As for neurological function, research demonstrates that vitamin B12 deficiency can contribute to several neurological diseases such as seizures, psychiatric disorders, dementia, and others across the lifespan. These results may be attributed to the neuroprotective effects of vitamin B12. (5)

Much of the research on vitamin B12 benefits focuses on correcting deficiency because vitamin B12 deficiency can have significant negative health ramifications.

Dangers of vitamin B12 deficiency

In the United States, a degree of vitamin B12 deficiency is considered fairly common with approximately 15% of adults aged 20 to 59 being marginally deficient and more than 20% of people over age 60 being deficient. (11) The most important clinical aspect of deficiency is that even mild vitamin B12 deficiency can lead to neurocognitive issues and other negative health consequences. As a result, timely diagnosis and early intervention via diet and/or dietary supplements is essential. (1)

There are many diverse causes of vitamin B12 deficiency including:

The symptoms of vitamin B12 deficiency are diverse and can vary from neurological (e.g., dizziness, fatigue, cognitive issues) to psychiatric (e.g., depression, mood changes). (12)

Vitamin B12 deficiency impacts multiple systems with sequelae that can manifest in a variety of ways including:

Vitamin B12 deficiency is also linked to symptoms of depression. In one study involving community-dwelling, older disabled women, there was a twofold increase of severe depression in the women who were deficient in vitamin B12. (10)

It’s clear that preventing and reversing vitamin B12 deficiency is an important clinical objective, and that’s accomplished via diet and/or dietary supplements.

Given that the body does not manufacture vitamin B12, it must come from the diet or dietary supplements. The following Recommended Dietary Allowances (RDA) have been established for vitamin B12. (6) 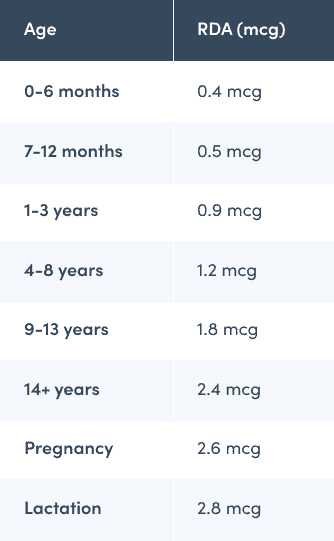 Each age group requires different amounts of vitamin B12 each day.

Foods containing the highest amounts of vitamin B12 include eggs, fish, meat, milk and milk products, and poultry. The following table outlines dietary sources of vitamin B12 and respective amounts per serving. (6) 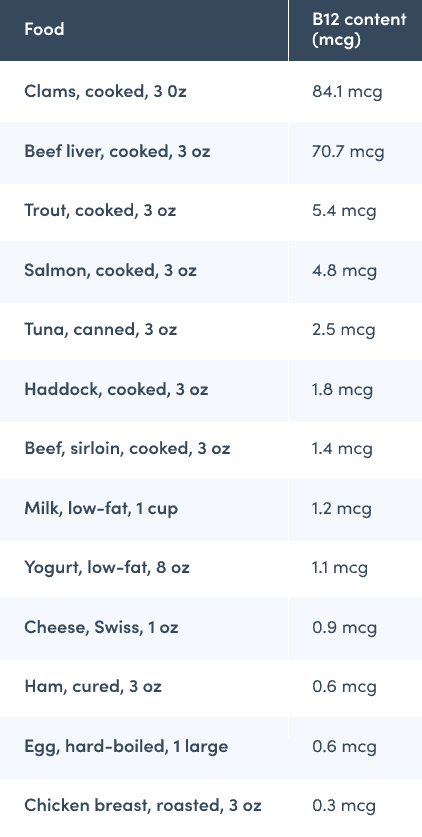 B12 can be found in various animal-based foods.

Non-animal sources of vitamin B12 include fortified cereals and some nutritional yeast products. (7) While diet is a key way to prevent vitamin B12 deficiency, certain individuals, such as older individuals and those following plant-based diets, may find it challenging to consume enough vitamin B12 through diet alone.

Low vitamin B12 levels can have dangerous health ramifications. As vitamin B12 plays an important role in the body, it’s critical that practitioners proactively work to prevent and reverse deficiency in their patients by recommending dietary changes and/or dietary supplementation.

If you’re a patient, be sure to speak to your healthcare practitioner to determine if you’re at risk for vitamin B12 deficiency and if supplementation is right for you.