What’s in Your Gut?: A Closer Look at Gut Bacteria

Did you know that your gut houses essentially an entire ecosystem? Viruses, archaea (single-celled organisms also known as prokaryotes), bacteria, bacteriophages (bacteria who eat viruses), fungi, and yeast, all live and interact right in your very own gut! (8)

We call these living microorganisms the “flora” or “microbiota” of the gut, and the collective genes of these microorganisms are known as the “microbiome”. (1)(8) Our entire microbiome and the gut flora itself have been found to produce profound effects on the body, though generally we pay most attention to the effects of bacteria. (1)(8) Bacteria can cause common gastrointestinal symptoms like diarrhea, gas, and bloating, but they can also work on a much bigger, holistic scale. Gut bacteria can alter the foods we crave, impact the moods we feel, and even play a role in the development or prevention of certain diseases, such as stomach cancer and asthma. (19)(24) So what are these bacterial species in our gut, and what exactly do they do?

Often, when discussing the subject of gut bacteria, you may hear people talk about them as “good” or “bad”. The distinction as to what’s beneficial to us and what’s harmful isn’t always clear. However, for some bacteria, the mechanisms responsible for their effects on preventing disease and inducing other beneficial health effects are known—these are commonly referred to as “good bacteria”. Conversely, bacteria that have known mechanisms by which they can cause disease or bodily dysfunction are often commonly referred to as “bad bacteria”. Many bacteria are considered “opportunistic” meaning they don’t typically cause disease or dysfunction unless they are found in very high amounts or under specific circumstances, such as suppression of the immune system.

Know how to spot the common sources of good and bad bacteria.

“Good” bacteria are often those you’d find on the back of a probiotics label. For many of these bacteria, their microbial metabolism involves the production of lactic acid from the breakdown of glucose; this lactic acid can be used in fermentation processes, helping to preserve food by preventing the growth of pathogenic “bad” bacteria and their byproducts. (14) Examples of “good” bacteria that can produce lactic acid include those belonging to the genera (classification groups) of Lactobacillus, Lactococcus, and Bifidobacterium.

These bacterial genera, as well as several others, have been shown to produce serotonin in the gut. (5) Serotonin is known as the “mood” neurotransmitter as it contributes to the feeling of general well-being and happiness, as well as to our sleep cycles and digestive system efficiency. Lactobacillus also has anti-cancer and anti-inflammatory effects on the body and is associated with reduced symptoms of irritable bowel disease. (20)

This bacterial genus reduces intestinal permeability by strengthening the mucosal lining and decreasing levels of lipopolysaccharides, toxins made by certain bacteria. (20) Both Bifidobacterium and Lactobacillus produce short chain fatty acids, which are essential for brain health, as well as the regulation of blood sugar levels and appetite. (15) Additionally, the presence of Bifidobacterium is associated with decreased incidence of obesity. (20)

“Bad” bacteria are those that are pathogenic, meaning they cause disease. These are the type of bacteria for which an antibiotic may be prescribed to eradicate, particularly if an individual is exhibiting associated symptoms. Examples of “bad” bacteria may include Helicobacter pylori (H. pylori), Clostridium difficile (C. difficile), Clostridium botulinum (C. botulinum), Staphylococcus aureus (S. aureus), and Escherichia coli (E. coli). (20)

This pathogen infects about 50% of the global population and is associated with gastritis, ulcers in the gastrointestinal tract, and mucosal-associated lymphoid tissue cancers. (24)(20)

Did you know? While it is commonly considered a “bad” bacteria, some studies suggest that H. pylori may be associated with decreased incidence of asthma, allergies, and obesity. (16)

In general, the Clostridium genus actually houses mainly “good” bacterial species that are beneficial when present in adequate numbers in our gut. However, specific species of this genus are pathogenic and can cause harm. C. difficile is commonly found in hospitals and can cause a serious gut infection known as pseudomembranous colitis. This inflammatory condition can cause diarrhea, severe dehydration, and fever. (9)

C. botulinum has spores that can cause fatigue, dehydration, constipation, and weakness if ingested, particularly in infants. A common food source of this is honey, though it can also be found in soil and improperly canned goods. (4)

Did you know? About 25% of honey products have been found to have C. botulinum spores when tested. As a result, ingestion of honey is not recommended in infants under one year of age. (4)

This pathogen is a major cause of food poisoning, as well as diarrhea directly following antibiotic use. A common food source of S. aureus is dairy products. (17)

Did you know? Staph infections caused by methicillin-resistant S. aureus (MRSA) are resistant to some antibiotics and difficult to treat. MRSA is a common concern in hospital settings. (17)

This pathogen is the leading cause of urinary tract infections. Increased levels of E. coli are also associated with meningitis, irritable bowel disease, and gastroenteritis. (20)

How to care for your gut

As our gut microbiota includes more than just “good” and “bad” bacteria, housing approximately 300 to 500 bacterial species with more than two million genes, creating harmony amongst these diverse species is essential to optimal health. (8) This is achieved by ensuring there are adequate ratios and quantities of certain species in the gut to maintain this ecosystem’s natural balance. However, sometimes our gut flora may lose this harmony as a result of taking a course of antibiotics, during or following an illness, after intense treatment such as chemotherapy, or due to diet and lifestyle factors. Probiotics, prebiotics, and lifestyle changes can all help to steer our gut bacteria back in the right direction.

Probiotics are defined by the Food and Agriculture Organization and the World Health Organization as “live microorganisms which when administered in adequate amounts confer a health benefit to the host.” (10) Many of the health benefits of taking probiotics are well-established and include the prevention or reduced duration of common viral infections, allergies, and lactose intolerance symptoms, a reduction of cancer-promoting enzymes, the normalization of stool passing, and a decrease in gastrointestinal effects. (23) Sources of probiotics include supplements and certain fermented foods and drinks such as: 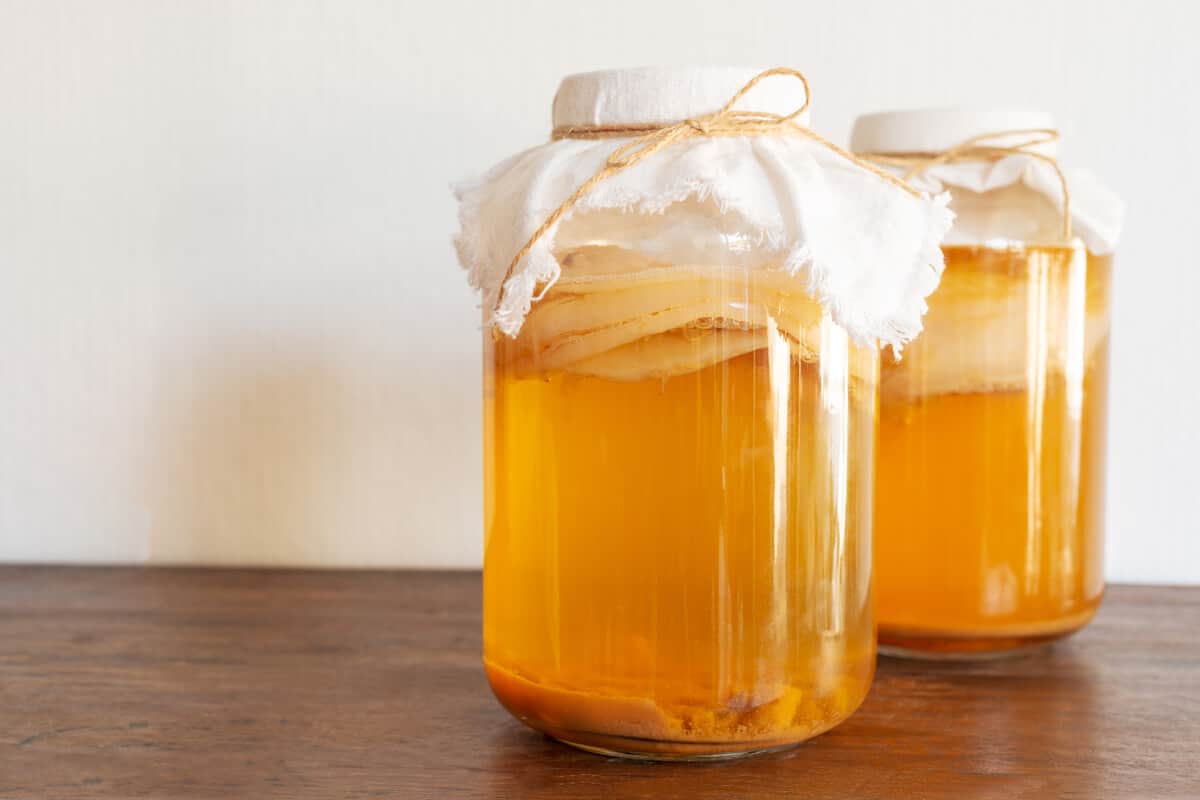 Kombucha is a fermented drink made by adding yeast and bacterial cultures to a tea; it has been linked to boosting the immune system, decreasing inflammation, and improving digestion. (7)

A prebiotic can be defined as “a selectively fermented ingredient that allows specific changes, both in the composition and/or activity in the gastrointestinal microflora, that confers benefits upon host well-being and health.” (23) Essentially, a prebiotic is food for the “good” bacteria. Sources of prebiotics include dietary supplements and foods such as raw garlic, raw onions, and asparagus. Another source of prebiotics is sourdough bread; this bread, though fermented, is not considered a probiotic due to its lack of living bacteria as a consequence of the baking heat, yet the lactic acid metabolic byproduct of the bacteria still acts as prebiotic. (6) In addition to increasing “good” bacteria and consequently decreasing “bad” bacteria, intake of prebiotics offer other health benefits including:

Did you know? Foods or substances that contain both probiotics and prebiotics are termed synbiotics! (23)

Diet plays a major role in all aspects of health. Regarding the gut microbiota, diet can influence its diversity, composition, and quantities of the populated species. (13) In general, eating a variety of foods containing colorful vegetables and fruits is recommended, though there are specific additions and restrictions to one’s diet for targeting optimal gut health. In addition to adding prebiotic and probiotic foods and drinks into our diet, getting a good dose of fiber on a daily basis and being mindful of fat and sugar intake can help ensure a more robust gut flora.

Low intake of dietary fibers and high intake of fats and sugars is commonly seen in Western diets. (13) Unfortunately, this diet may be considered “deficient in microbiota-accessible carbohydrates”, meaning many of those carbohydrates are not allowing the “good” bacteria to flourish and produce the beneficial byproducts, such as short chain fatty acids that help to reduce inflammation. (21) Essentially, this diet is associated with depletion of certain “good” bacteria, a lack of diversity of the gut flora, and chronic, inflammatory conditions such as Crohn’s disease. (13) Increasing dietary fiber intake and being aware of fat and sugar quality and quantity can help mediate these effects.

Foods that are high in fiber include:

Did you know? Over 90% of Americans, both children and adults, don’t meet the recommended amount of daily fiber. (3) 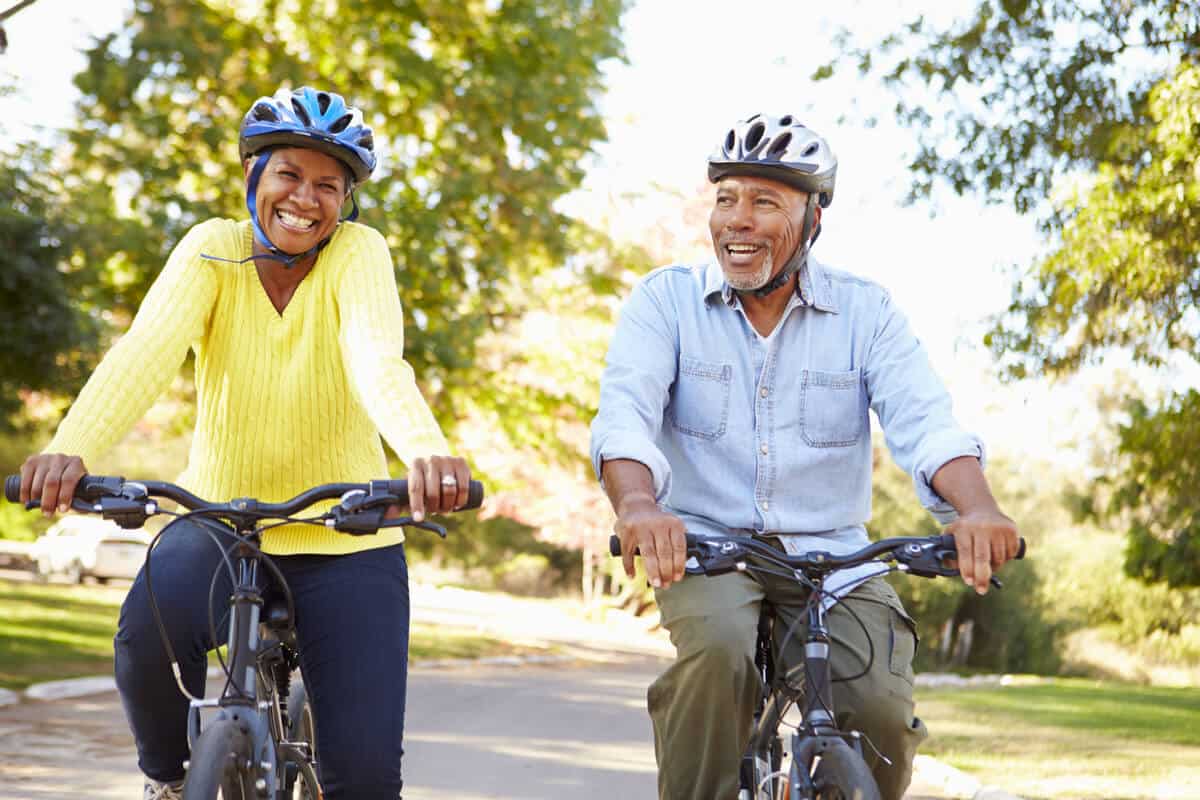 Daily exercise is recommended as part of a healthy lifestyle and may contribute to optimal gut health.

Our gut does so much more than just help us digest and process foods. It houses an elaborate and diverse microbial ecosystem that is mutualistic and beneficial to us if properly supported or potentially harmful to us if not. Fortunately, there are many ways we can support our gut including probiotics, live cultures of bacteria that can be found as supplements or in food sources such as yogurts, prebiotics, food for the “good” bacteria, and lifestyle changes including regular exercise and a balanced diet high in fiber and colorful vegetables and fruits.