The practice of using probiotics for their effects on human health originated in the early 1900s when researcher Elie Mechnikoff theorized that bacteria in yogurt could modify the intestinal microbiome, delaying senility in aging and enhancing health. (4) Since then, studies have examined the complex relationship between probiotics, the human microbiome, and health outcomes. (4)

Are probiotics good for you? Learn about the benefits of probiotics, including their applications in cardiometabolic, digestive, immune, mental, and women’s health.

The World Health Organization (WHO) and the United Nations Food and Agriculture Organisation (FAO) define probiotics as “live microorganisms, which when administered in adequate amounts, confer a health benefit on the host”. (5) Probiotics, which are found in fermented foods and probiotic supplements, include certain bifidobacteria, lactic acid bacteria, spore-forming bacteria, and yeast. These microbes are classified and named by their genus (e.g. Lactobacillus), species (e.g. acidophilus), and individual strain (e.g. LA-5Ⓡ). (4)

Probiotics are closely related to the human microbiome, the community of microorganisms residing on or in the human body. These microorganisms are primarily found in the intestinal tract, where they are referred to as gut microbiota, and other parts of the body such as in the respiratory pathways, urinary tract, and on the skin, in the mouth, and in the vagina of females. Many factors can affect an individual’s microbiota profile (composition), such as age, sex, genetics, and diet. (4)

The dysregulation of gut microbiota, referred to as dysbiosis, is associated with an increased risk of several diseases. (2) Probiotics are commonly used to improve the microbial balance between pathogens and other microbial species, as well as for their biological effects on the host. (1)(11)

Did you know? The term “symbiotic relationship” is commonly used to describe the close, mutually beneficial relationship between microbiota and the human host. (4)

What do probiotics do?

Probiotics are found to alter the composition of the microbiome during transit in the gastrointestinal tract. The amount of a probiotic that will remain in and colonize the intestines varies depending on the probiotic species. (12)(16) In the intestine, microbiota ferment nondigestible carbohydrates from dietary sources such as fruits, vegetables, and grains. Referred to as prebiotics, this group of carbohydrates provide energy for the microbes and include inulin, galactose, fructooligosaccharide, oligofructose, and xylose-containing oligosaccharides. (1)

Genetic and molecular studies indicate that four general mechanisms contribute to the beneficial effects of probiotics, including:

In addition to antimicrobial substances, probiotics produce a number of compounds, including B vitamins, certain enzymes, (11) short-chain fatty acids, (4) and antioxidants such as glutathione. (1) In the intestinal tract, probiotics have been found to increase vitamin and mineral absorption, (11) as well as regulate various functions, including metabolism, digestion, innate and adaptive immunity, and gut-brain communication. (1)(2) Metabolites produced by probiotics have demonstrated antibiotic, anti-cancer, anti-diabetic, anti-inflammatory, and immunosuppressive properties. (1)(11)

Probiotics have been extensively studied for their potential to prevent or treat diseases in humans. Keep in mind that the biological activity of probiotics is specific to the individual strain, which means that the health effects observed in one strain cannot be generalized to other strains. (4)

Approximately 29% of adults in the United States suffer from cardiometabolic diseases, some of which have been associated with microbiome health, such as dyslipidemia, gout, insulin resistance, nonalcoholic steatosis hepatitis (NASH), obesity, type 2 diabetes, and polycystic ovary syndrome (PCOS). (18)

Studies have found that probiotics are effective against a number of digestive conditions, such as diarrhea from various causes, constipation, irritable bowel syndrome (IBS), necrotizing enterocolitis, and ulcerative colitis. (4)(17) Probiotics are also used to restore microbial balance following antibiotic treatment, and to help prevent gastrointestinal symptoms associated with antibiotics. (4)(11)

Did you know? The human gut contains over a hundred trillion (1014) microorganisms, which is approximately 100 times the number of human cells in the body. (2) 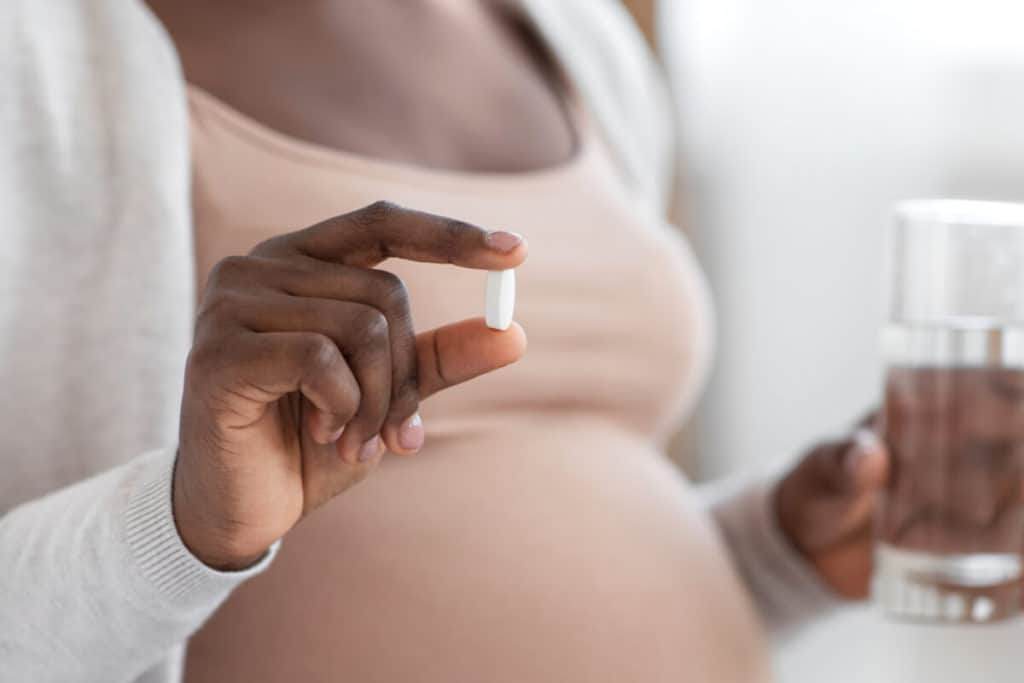 Probiotics have been demonstrated to modulate the host’s immune system by increasing gut barrier functions, (1) regulating immune reactions to viral and bacterial pathogens, inhibiting allergic and autoimmune responses, and maintaining tolerance to antigens (inhaled or consumed substances that cause an immune response). (11)

The immunomodulatory effects of probiotics can be seen in various immune conditions. For example, a systematic review investigating the effects of probiotics on upper respiratory tract infections (URTIs) found that probiotics were more effective than a placebo at reducing the duration and risk of URTI episodes, antibiotic use, and school absence due to colds. (8)

Probiotic supplementation during pregnancy may be associated with immune outcomes in children. A meta-analysis of human trials suggests that taking oral probiotic supplements during late pregnancy and lactation may reduce the baby’s risk of eczema, an immune-mediated skin condition. (6)

The gut microbiota bi-directionally communicates with the nervous system via the gut-brain axis (GBA). Communication occurs via immunomodulation, neurotransmitters (chemical messengers), and the enteric nervous system, a division of the autonomic system that is located in the gut and sometimes referred to as the “second brain”. (2)

Certain probiotic strains may affect GBA activity and, in turn, central nervous system activity. Probiotics with effects on the central nervous system, referred to as psychobiotics, may exert antidepressant and anxiolytic effects, as they regulate certain neurotransmitters and proteins involved in cognitive function, mood, learning, and memory. (2)

A systematic review examined the use of probiotic interventions to prevent or treat urogenital infections. The findings suggest that probiotics for women were associated with preventing the recurrence of candidiasis and urinary tract infections (UTIs), decreasing human papillomavirus (HPV) lesions, and preventing and treating bacterial vaginosis (BV). (7)

Probiotics are found in a number of fermented foods and as dietary supplements. In order to maintain a healthy microbiome, it is also important to consume a variety of prebiotic fiber, which probiotics consume for energy. (1)

Fermented foods contain probiotics that are naturally-occurring or have been added to initiate fermentation. During fermentation, the probiotics metabolize sugars and release lactic acid, a process that preserves food by protecting against spoilage microorganisms. (4)

Certain Lactobacilli and Saccharomyces strains are commonly used to produce fermented foods, which include:

Learn about how to improve gut health through your diet on the Fullscript blog. 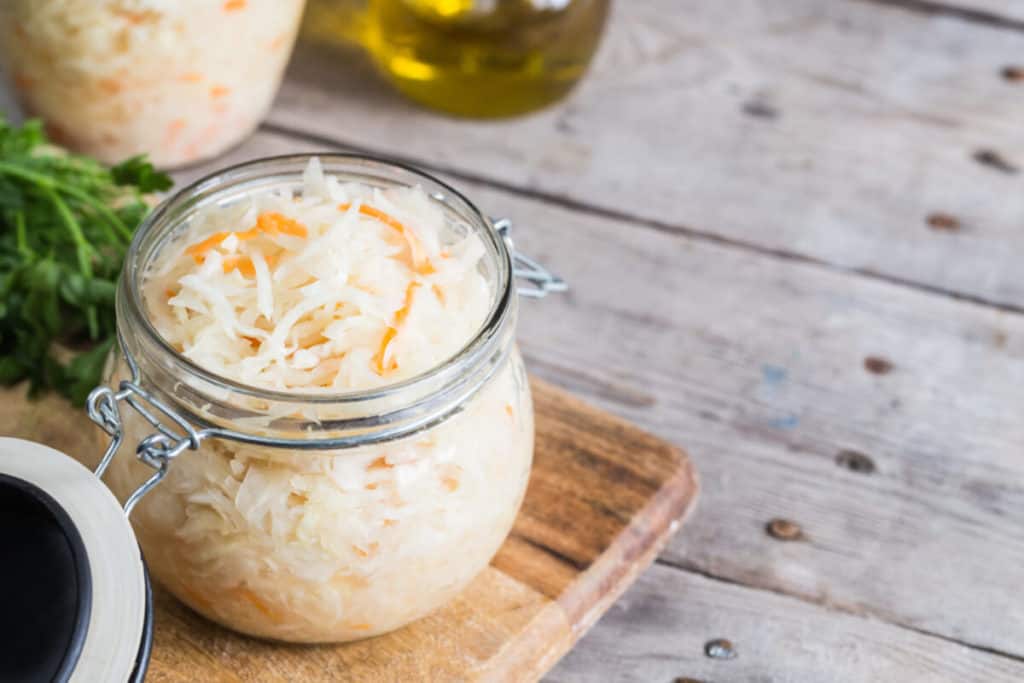 Probiotic supplements may be composed of individual strains or a combination of strains from multiple species or genuses, and the biological effect of a product will depend on the strain(s) included and the dosage each is used in. If you’re a patient, speak with your integrative healthcare provider about supplementation. Although there is no single best probiotic, Lactobacilli and Bifidobacteria strains are commonly used in products as they have a higher tolerance to digestive secretions, such as stomach acid and bile. (4)

There are a wide variety of other genera used in probiotics, including:

While probiotics are safe for most populations, (4)(17) caution is advised for individuals who are elderly, immunologically vulnerable, or have short bowel syndrome. (14) Side effects are generally mild, with gastrointestinal symptoms most commonly reported. (8) In rare cases, the intake of certain strains has been associated with fungemia (the presence of fungal species in the blood), bacteremia (the presence of bacterial species in the blood), and endocarditis (an infection of the inner lining of the heart valves and chambers). (14)

The microbiome is integral to human health, and probiotics, consumed through the diet or supplementation, are one approach to enhancing the microbiome. Probiotic benefits include improving cardiometabolic, digestive, immune, mental, and women’s health. If you’re a patient considering probiotic supplements, speak with your integrative healthcare provider for guidance.