Bacopa monnieri, commonly known as water hyssop, is a medicinal herb that has been used for hundreds of years in traditional Ayurvedic medicine, offering a variety of cognitive-related health benefits. Also known as brahmi, this non-addictive plant originated in India and has been used to relieve stress, stabilize mood, and improve focus, memory, and attention. (6)(13)

What is Bacopa monnieri?

Bacopa has been designated an adaptogen and a nootropic. Adaptogens decrease the effect of stress on our brain and increase stress resiliency, allowing our bodies to better adapt to daily stressors. (7)(9) Nootropics optimize our neurochemistry and enhance brain function by supporting neurotransmitters to balance mood. They also decrease oxidative stress by increasing antioxidant capacity. (11) The use of Bacopa monnieri as a dietary supplement is considered safe when used alone or in combination with other nutrients and medicinal herbs. (13)

There are many impressive bacopa monnieri benefits from bacopa leaf and whole herb extract supplementation. Four key benefits of bacopa are stress resilience, mood balance, cognitive health and antioxidant support. Bacopa functions as an adaptogen and a nootropic, helping the body adapt to stress and supporting cognitive function and mood. This includes children with attention deficit disorder all the way to an aged population with Alzheimer’s Disease. (4)(5) It also enhances antioxidant activity to support brain function and help repair damaged neurons. 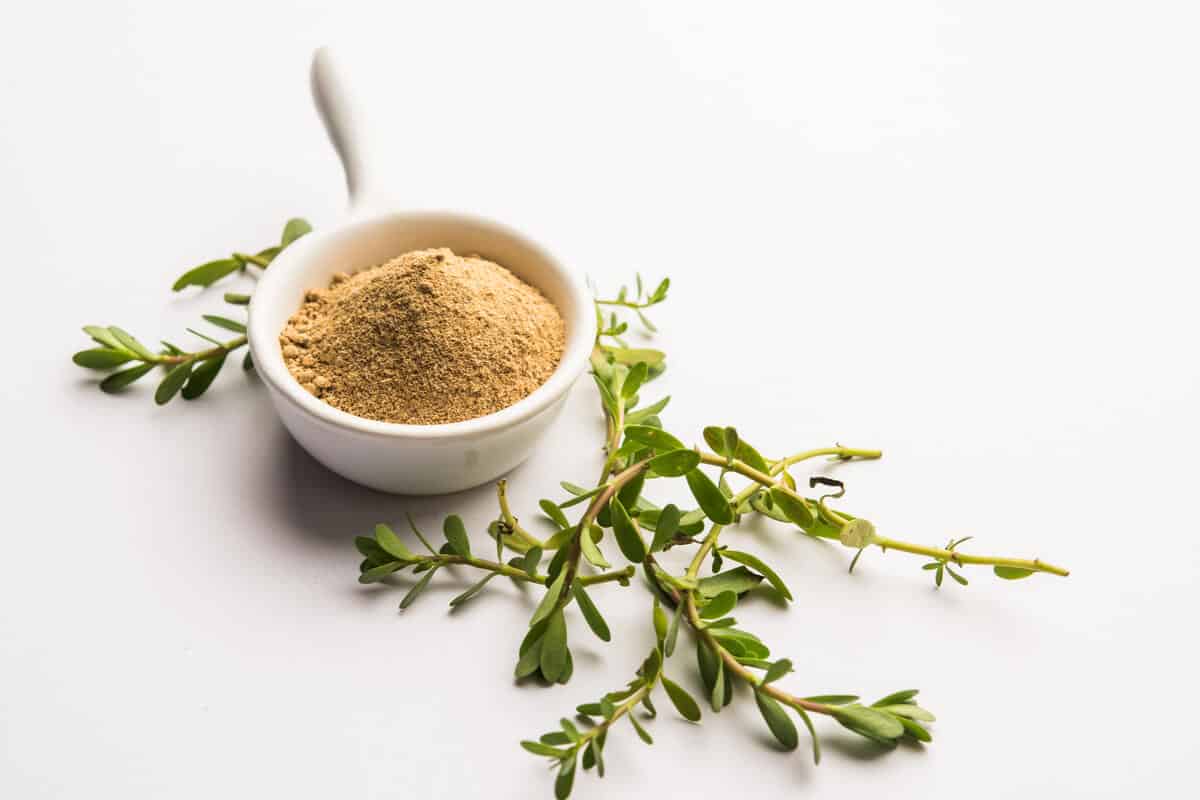 As described above, bacopa is considered an adaptogen because of its unique compounds known as bacosides. The whole herb extract is standardized to contain 12% bacosides when used in most clinical research for evaluation of efficacy. Adaptogens are widely known to decrease the negative effects of stress and increase the body’s resistance to stress. Bacopa has been shown to reduce levels of cortisol, (2) our primary stress hormone. Two 12-week human studies found that taking Bacopa monnieri daily significantly reduced anxiety and depression scores in adults compared to placebo. (3)(12)

The most active metabolites in B. monnieri are believed to be the bacosides and bacopasides. They are the most researched components said to be responsible for improving cognitive function, including mood enhancement via neurotransmitters. Several randomized, double-blind, placebo-controlled trials demonstrated that bacopa enhances cognition by modulating neurotransmitters, such as acetylcholine, serotonin, and dopamine. (13) Neurotransmitters are chemical messengers responsible for transmitting involuntary muscles functions, such as breathing, as well as signals involved with learning, memory, and mood. Specifically, serotonin and dopamine are associated with pleasure, happiness, and well-being. (8)(10)

Clinically, Bacopa monnieri has been shown to improve cognition in healthy adolescents with no known side effects. (5)(7) Bacopa monnieri extract at 300 mg was administered to 42 healthy medical students aged 19 to 22 years old for six weeks. Logical memory tests, such as numbers and information recall, and language comprehension tests, all showed significant statistical improvement compared to placebo. (7) Another randomized, placebo-controlled clinical trial of 20 adults between the ages of 60 to 75 showed safe, sustained improvements of short-term memory, processing speed, attention, and depression with no adverse side effects. (5)

Bacosides also enhance neuroprotection by increasing glutathione peroxidase (GPx) and superoxide dismutase (SOD) enzyme activity. (11) GPx and SOD are enzymes that reduce harmful radicals that would cause cell damage in the body, into unharmful molecules such as ordinary oxygen, alcohols and hydrogen peroxide. Raising the activity of GPx and SOD enzymes in the body helps increase the antioxidant activity to protect cells from harmful molecules called free radicals that can contribute to oxidative stress. Other actions of bacopa include reducing neural inflammation and countering irregular protein clusters, such as beta-amyloid formation. (11) Beta-amyloid is a metabolic waste product, and build up in the brain is linked to impaired brain function, specifically Alzheimer’s disease. (1)

Bacopa monnieri is used as a herbal remedy for many ailments due to its vast applications, particularly for its cognitive, mood and stress health benefits. Bacopa can be used to help boost overall brain function, such as improvement of memory and mood. It has also been used to help decrease symptoms of attention-deficit/hyperactivity disorder (ADHD) and reduce stress and anxiety.

While bacopa is considered safe and effective with rare adverse side effects reported, be sure to speak to your healthcare practitioner to ensure supplementation is right for you.