To Treat Prostatitis Naturally, First Understand What It Is

If prostatitis symptoms are not top of the mind recall for you, cut yourself some slack; the definition of prostatitis is a kerfuffle for many of us. Here’s the silver lining: natural prostatitis treatment is within your reach, and antibiotics need not be your only recourse.

What is prostatitis and how do you treat it with natural medicine?

Prostatitis can be a doozy to treat; patients and physicians alike are frustrated from lack of medical efficacy in the treatment of prostatitis. If you are a patient, often your quality of life is significantly compromised and your gut may be wrecked from over-consumption of antibiotics.

Prostatitis definition: do you know what it means?

The National Institutes of Health (NIH) has defined prostatitis as one of four syndromes (1):

II – Chronic bacterial prostatitis – here, despite there being an infection shown from a urine analysis the person may or may not have symptoms.

III – Chronic prostatitis and chronic pelvic pain syndrome (CPPS; further classified as inflammatory or noninflammatory) – This is observed in 90–95% of cases. The urine analysis is negative but the patient has associated symptoms.

IV – Asymptomatic inflammatory prostatitis – this is from an incidental finding, it could be that a prostate biopsy shows inflammation but the person has no symptoms.

How do you identify prostatitis symptoms?

A patient with prostatitis often has two things going on:

To reiterate, both symptoms, pain around the pelvic area and urinary problems have to be present for it to be prostatitis. If there’s only one out of the two, it is something else. The type of prostatitis you will clinically see most is category III. 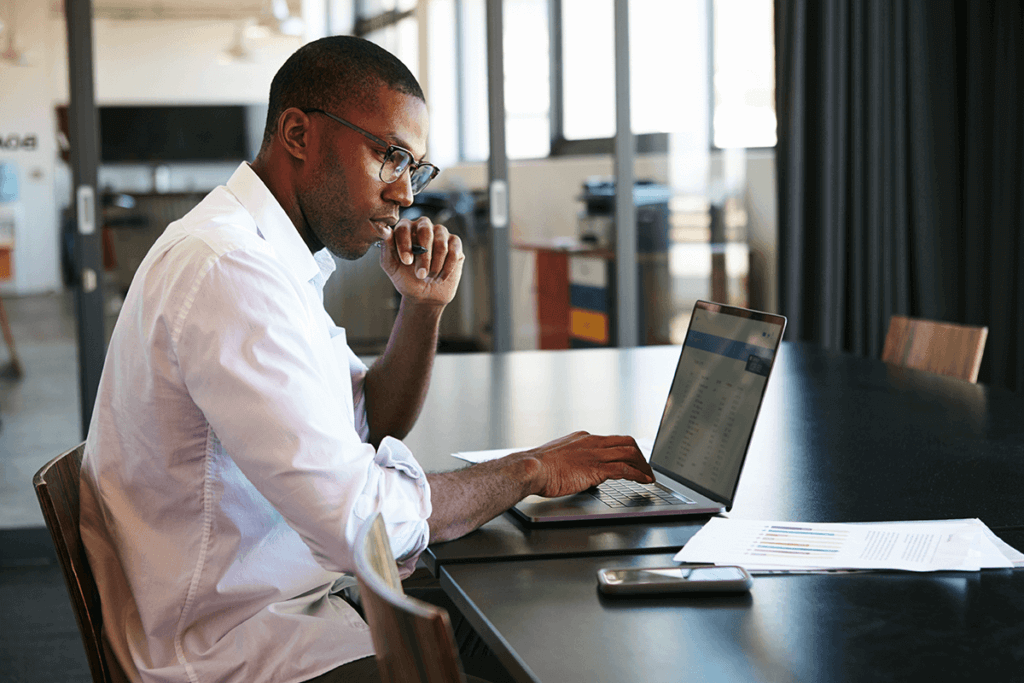 Most patients experiencing prostatitis are very young – typically in their mid-twenties or thirties.

Other facts about prostatitis

The first thing to know is that prostatitis does NOT improve by treating the prostate, the person with the prostate must be treated. Secondly, category III prostatitis, CP/CPPS, is not likely to be an organ-specific problem, but a prostate/bladder/pelvic problem. The symptoms are very similar to Interstitial Cystitis and overactive bladder. The cause may begin with an infection or autoimmune reaction causing inflammation or neurological damage in and around the prostate (pelvic floor, bladder, perineum, etc.). If not adequately treated in the early stage, peripheral and then central sensitization could occur. Once the central nervous system is “pissed off” (pun unintended), the nerves continue to persistently fire away at the pelvic region causing pain and discomfort around the pelvic area. As a result, depression, anxiety, and frustration set in thereby worsening the symptoms. You should also know that antibiotic therapy by far a WORSE approach for prostatitis, particularly the non-bacterial type. That’s right! This prostatitis treatment method, while life-saving for some infections, is horrific for prostatitis even though post-treatment, some people feel better initially. I’ve even seen patients get prostatitis symptoms shortly after the end of the antibiotic course. And that is frustrating for patients! The primary form of antibiotics used for prostatitis are fluoroquinolones, i.e., Ciprofloxacin (Cipro, Cipro XR, Proquin XR), and Levofloxacin (Levaquin) typically for 4 to 6 weeks. Not only can fluoroquinolones cause achilles tendon rupture or tendonitis, fluoroquinolones can also cause mitochondrial dysfunction of the pancreas. This is when insulin (beta cells) is made, which leads to low blood sugar (hypoglycemia). Yikes! But that’s not all. Misuse or overuse of antibiotics in patients with CP/CPPS can have a direct effect on the gut microbiome, killing off good bacterial flora that are important for health. The prolonged overuse of antibiotics also contributes to Irritable Bowel Syndrome (IBS), caused likely by the killing of healthy flora. Here is the kicker: IBS is common among prostatitis sufferers and treating IBS is a major component for treating prostatitis. So, antibiotics cause not just all sorts of undesirable side effects but likely make the disease worse by causing IBS. (Seriously!) 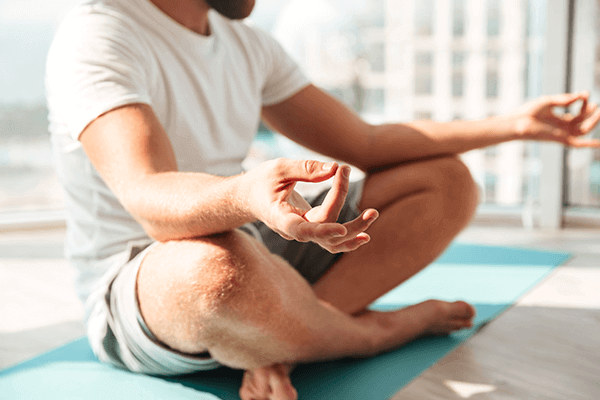 There are many ways to calm the nervous system and one of which is meditating.

Prostatitis treatment that isn’t just a diagnosis of exclusion

I’m privileged to see many prostatitis cases at my clinic, likely more than any functional/naturopathic doctor in the nation. While still imperfect, the treatment approach I deliver has worked for many patients. I believe prostatitis is a neuropathic dysfunction of the urogenital system. In other words, prostatitis is caused by the excess firing of the nerves through the urological system that includes your bladder, prostate, scrotum, and penis. That’s why the burning and achy sensation is felt in those areas after peeing, ejaculating or even from doing nothing. The term “prostatitis” is often a diagnosis of exclusion and just a diagnosis to connect an ICD-10 code number to it for billing purposes. But the real problem is hyperactivity and hypersensitivity of the nerves innervating the urological and digestive system. That is why treating gut related issues help with prostatitis as well – the two are connected via the nervous system. OK, so how do we do treat the cause?

1. Listen to the patient with empathy

There are many ways of achieving this. Meditating is one of them (2). There are numerous books that teach Mindful Based Stress Reduction (MBSR) and have a calming effect on the parasympathetic system that is stimulated from the practice. I recommend these books to my patients. I also teach patients how to breathe diaphragmatically to calm their senses.

A systemic review study in looking at over 470 subjects shows efficacy in acupuncture treatment for prostatitis. I attest that it works, as I have seen it do wonders for some patients clinically.

I use many herbs, too many to mention here as every case I see requires a different protocol – it’s never a “one size fits all” approach. Some supplement ingredients I use include immune stimulant – mushrooms, beta 1, 3 glucans, arabinogalactan, diindolylmethane (DIM), astragalus, elderberry, andrographis, allspice, garlic, basil, sage, acerola, echinacea, anti-inflammatory – curcumin, quercetin, anti-microbial– astragalus, garlic, goldenseal, clove, and allspice. The reason these botanicals help is that they stimulate the immune system against hidden bacteria often not found in the urinary testing currently available to physicians. There are antimicrobials that are strong but work gently in the body. Herbs help to reduce inflammation. In studies, rye pollen extract, not included in APS, has shown to help men with prostatitis.

This is done by eliminating foods like gluten and dairy. There may be others that a functional medicine or naturopathic doctor can detect but eliminating gluten and dairy is a good start. Also, typical “prostatitis inducing culprits” like coffee and spicy food may or may not cause prostatitis symptoms; each case is different.

They can help by relaxing tight muscles in the pelvis that contribute to pain and discomfort. Lastly, If you have prostatitis, I assure you that you are not crazy! Prostatitis symptoms are real. However, after suffering for a long time with an achy pelvis and the urge and frequency to pee, the mind becomes hypersensitive to the pelvic area even when under normal circumstances, the feeling is a mild itch or twitch down there. In other words, every guy feels strange things around their scrotum, penis or perineal area at some point. This is common. But the person who has never had prostatitis ignores it. The guy with a history of prostatitis often agonizes over familiar sensations. Prostatitis symptoms worsen due to anxiety. If you do not know where to start, meditate. Know that you are already on the first step to recovery.

15 comments on “To Treat Prostatitis Naturally, First Understand What It Is”