What is gestational diabetes? 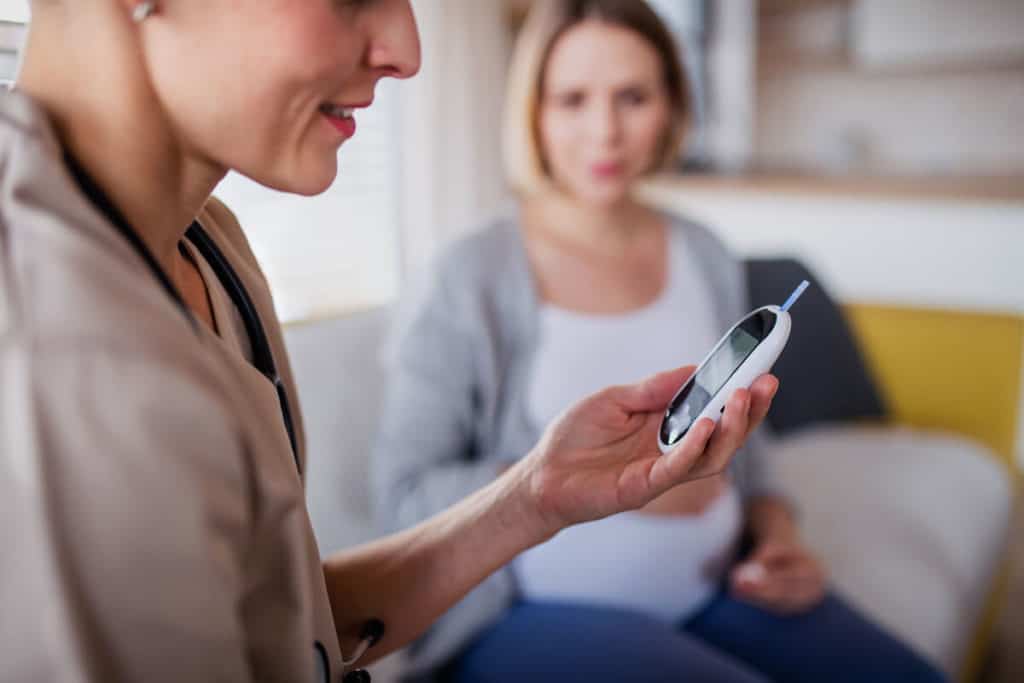 Gestational diabetes is a condition characterized by elevated blood sugar levels during pregnancy. Much of the carbohydrates in the food we eat gets broken down and turned into glucose, which is absorbed into the bloodstream through the digestive tract. The hormone insulin removes glucose from the blood and delivers it to cells throughout the body, where it’s either used for energy or stored for later. Diabetes is a condition in which glucose can’t get into the cells, so instead, it builds up in the blood, resulting in high blood glucose levels. Gestational diabetes often resolves itself after pregnancy, but according to the CDC, about half of all women who have gestational diabetes will go on to have type 2 diabetes after giving birth. (3)

Gestational diabetes develops when pregnant women have decreased insulin sensitivity (also known as insulin resistance) and an inadequate insulin response. It occurs when hormones produced by the placenta, the organ that develops during pregnancy to nourish a growing fetus, keep insulin from doing its job. These hormones, including estrogen, cortisol, and human placental lactogen, can block insulin and cause insulin resistance. In most cases, women’s bodies make enough insulin during pregnancy to make up for the new hormones. However, in the case of gestational diabetes, the body can’t keep up with the extra insulin requirements, so blood sugar rises to unhealthy levels. (5)(17)

Am I at risk for gestational diabetes?

Uncontrolled blood glucose can cause the baby to grow too much, which can lead to a difficult delivery or a cesarean section.

Gestational diabetes increases the risk of jaundice, a condition in which the baby’s liver can’t clear the blood of the yellow pigment bilirubin. It causes the baby’s skin and the whites of the eyes to appear yellow and can cause lasting brain damage if not managed.

Gestational diabetes can lead to respiratory distress syndrome, in which the infant has trouble breathing after birth.

If a mother has gestational diabetes, the child will be at increased risk of developing obesity and type 2 diabetes later in life. (14)

Also called the glucose screening test, this is a blood test performed one hour after you drink a high-glucose beverage. The blood test looks at your blood sugar levels, and if they’re too high, further testing will be conducted.

This test checks your blood sugar levels after you’ve been fasting for at least eight hours. You’ll start by having your blood drawn, and then you’ll drink that glucose beverage again. Then for the next two to three hours, you’ll have your blood drawn each hour. If you have more than two high glucose measurements during the test, you will typically receive a diagnosis of gestational diabetes. Some research has also found that a blood test to measure Hemoglobin A1c (HbA1c) can predict gestational diabetes risk as early as the first trimester. The HbA1c test gives a snapshot of your blood sugar levels over the past couple of months. (6) If testing reveals that you do have gestational diabetes, your integrative healthcare team can assist you in exploring your options for management and treatment. 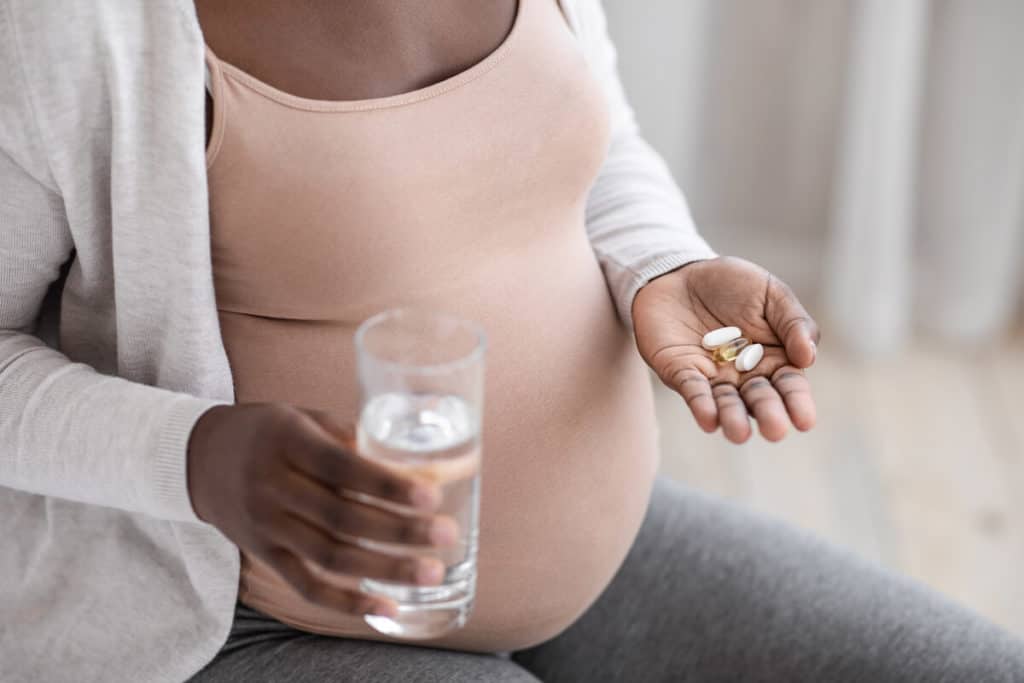 Research has found that probiotics might be able to reduce the risk of gestational diabetes (7), as well as reduce the risk of adverse outcomes, including inflammation and oxidative stress in pregnant women and jaundice and blood sugar issues in babies. (9)(19)

Supplementing with inositol during pregnancy has been linked to lower rates of gestational diabetes and preterm delivery. (18)

This mineral is associated with decreased inflammation in women with gestational diabetes and lower risk of jaundice and hospitalization for their babies. (1) Even though research examining the use of these supplements is promising, be sure to consult your healthcare practitioner for guidance before adding any supplements to your wellness plan. Always follow the recommendations of an integrative health expert who knows you and your specific situation, and be sure to inform them of any supplements you may be taking.

If you have gestational diabetes, you’ll likely work with a practitioner to design a diet plan for your pregnancy. A gestational diabetes diet plan is designed to keep your blood sugar within healthy limits. If this can be accomplished through a dietary intervention, you may be able to avoid taking pharmaceutical medications like insulin, according to a position statement from the American Diabetes Association. (13) So what does a gestational diabetes diet entail? The fundamental part is restricting carbohydrate intake. According to this study, you may have to keep your carbohydrate intake to no more than 30% to 40% of your total calorie intake, but this depends on the individual. (8) That’s because carbohydrates cause your blood sugar levels to rise. Here are some common ways to have a satisfying diet while also cutting down on carbohydrates:

It may take some time to adjust to this new way of eating, but the benefits are great for pregnancy and beyond.

A gestational diabetes diagnosis is not the news you want to hear when you’re pregnant. But the bright side is that with the right diet and regular exercise, 70% to 85% of women can successfully control their gestational diabetes without pharmaceutical intervention. (13) These healthy new lifestyle habits will benefit you and your baby, not only during pregnancy but for years to come.