CBD Oil for Children: What You Need to Know

Continue reading to learn about the potential CBD health benefits and clinical applications for children. 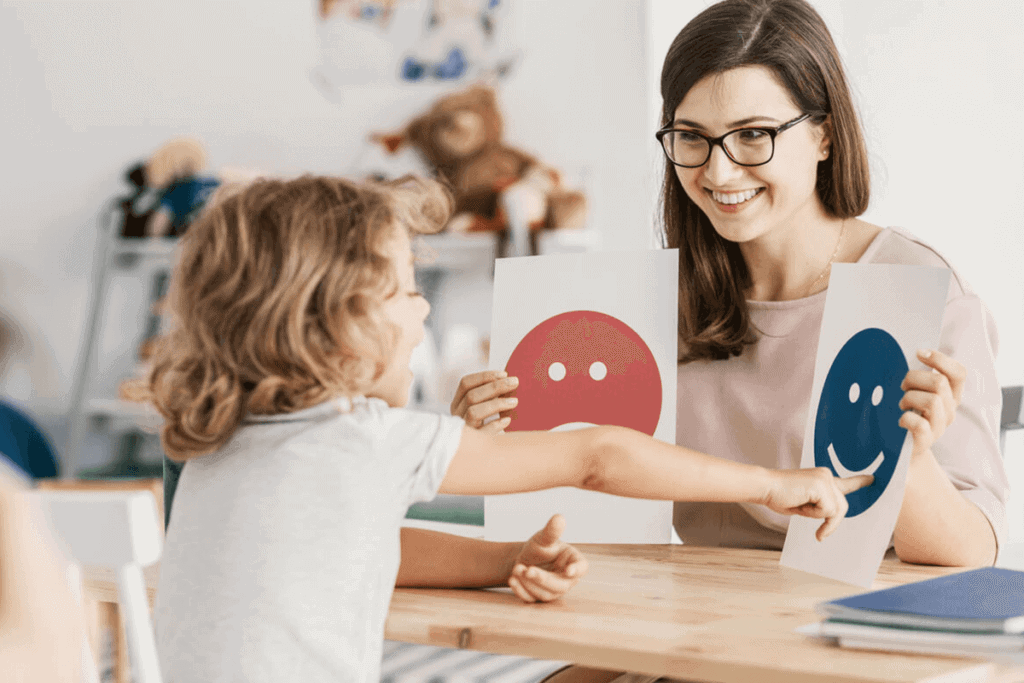 Research is only beginning to examine the potential therapeutic applications of CBD in children.

Benefits of CBD in children

While there is a growing body of literature surrounding the therapeutic uses of CBD in humans, there is still limited research on the effects and safety of CBD in children. Cannabis has been studied for use with children for a variety of health concerns, including stress, pain, sleep difficulties, impulsive behavior, and epilepsy. (19) However, conclusive research has been focused primarily on the use of CBD to address treatment-resistant epilepsy. (20) Some preliminary evidence suggests that CBD may also have therapeutic potential in other conditions, such as complex motor disorders, (11) autism, (3) anxiety, insomnia, (18) and attention-deficit/hyperactivity disorder. (6)

Among the most common chronic conditions, epilepsy affects approximately 70 million people worldwide. (9) While many epileptic individuals are able to control or reduce the occurrence of seizures with antiepileptic medications, up to one-third of individuals have treatment-resistant (refractory) epilepsy. (2)(9)(17)

Recently, the use of CBD has become an accepted treatment option for refractory epilepsy due to its antiepileptic properties. Compared to THC, CBD has been shown to have superior antiepileptic potential and does not produce the same psychoactive effects, making it a preferred therapy for many individuals, particularly children. (17) In 2018, the US Food and Drug Administration (FDA) approved the first pharmaceutical formulation of CBD oil for Dravet syndrome (DS) and Lennox-Gastaut syndrome (LGS), two forms of severe childhood-onset refractory epilepsy. (9)(17)

Several studies have demonstrated that CBD may be an effective treatment on its own or as an adjunct to antiepileptic medication. (2) In one study, children and adults with DS or LGS were given Epidiolex®, a highly purified pharmaceutical-grade CBD extraction, at a dosage of 2-10 mg/kg per day, titrated to a maximum dose of 25-50 mg/kg per day (or to tolerability). CBD treatment significantly reduced the occurrence of major motor and total seizures. (10)

Furthermore, results from three randomized, placebo-controlled, double-blind trials noted that pediatric patients with DS and LGS treated with CBD demonstrated similar improvements when compared to those taking antiepileptic medication. Results demonstrated a 38% to 41% reduction in seizures in individuals taking CBD compared to a 13% to 19% reduction in the placebo group. (1)

Whether used on its own or as an adjunct to pharmaceutical treatment, CBD appears to be well-tolerated. Common CBD and CBD oil side effects include somnolence, diarrhea, and changes in appetite. (1)(10) 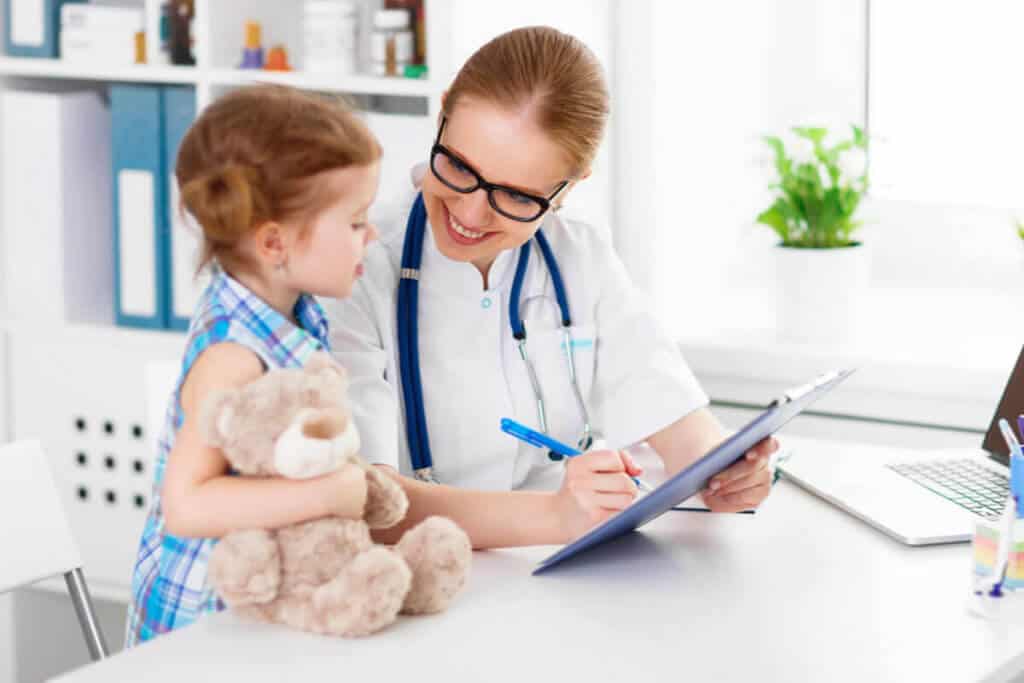 CBD may be used as a treatment for refractory epilepsy on its own or as an adjunct to pharmaceutical treatment.

In a pilot study, the effects of two CBD-enriched 5% cannabis oil formulations, one with 0.25% THC and one with 0.83% THC, were examined in pediatric patients with complex motor disorders. After five months, significant improvements were observed in spasticity and dystonia, pain, sleep, and QOL. The researchers also noted that adverse effects, including worsening of seizures, behavioral changes, and somnolence, were rare. (11) As this research is focused on CBD-enriched cannabis oil, further study is needed to determine if similar outcomes occur when CBD is used in isolation.

Autism spectrum disorder (ASD) is a developmental disorder that affects communication, intellectual abilities, and patterns of behavior. Anxiety, hyperactivity, sleep disorders, and epilepsy are common comorbidities associated with ASD. There is currently no available treatment for ASD and its core symptoms. (15) While further clinical trials are needed, recent preliminary research suggests that CBD may improve symptoms of ASD.

A 2018 study examined the effects of CBD oil drops administered orally in 53 children and adults with ASD between the ages of 4-22. Reports from parents noted improvements in comorbidity symptoms of ASD, including sleep difficulties, hyperactivity, self-injury and rage attacks, and anxiety. Adverse effects were mild and generally included somnolence and changes in appetite. (3)

While it has been suggested that CBD is effective in reducing anxiety and improving sleep, (7) there is limited research examining these effects in children specifically. One case study noted the effectiveness of CBD for anxiety and sleep difficulties resulting from posttraumatic stress disorder (PTSD). A ten-year-old girl was given CBD oil after pharmaceutical medications provided only partial, short-term relief of anxiety and sleep symptoms. CBD appeared to reduce anxiety and improve the quality and quantity of sleep. While this case study provides an indication of the anxiolytic and sleep-promoting properties of CBD in children, further clinical trials are necessary to determine both effectiveness and safety. (18) 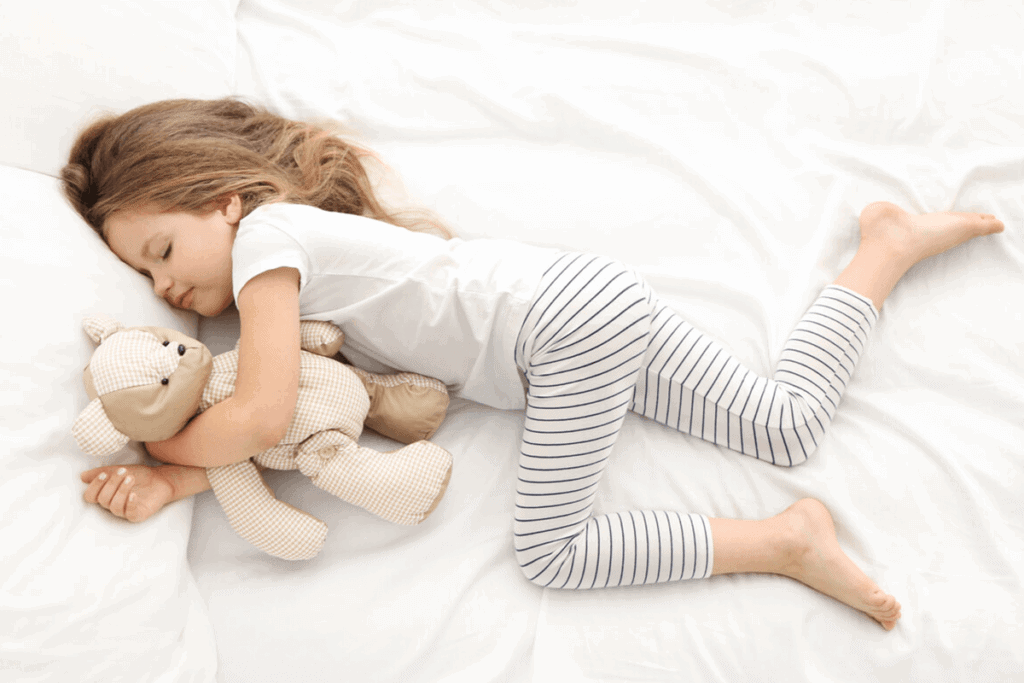 CBD may have anxiolytic and sleep-promoting properties.

Attention-deficit/hyperactivity disorder (ADHD) is a common neurodevelopmental condition characterized by inattention, hyperactivity, and/or impulsivity. (5) A 2016 study from the Centers for Disease Control and Prevention reported that 6.1 million children in the U.S. between the ages of 2-17 received a diagnosis of ADHD. Of those children, more than half (62%) were prescribed medication to address the condition. (4)

CBD has been suggested as an alternative therapy for children with ADHD, however, much of the current research focuses on the prevalence of self-medication of cannabis in adults. A 2012 survey of cannabis users in the U.S. noted that a greater number of cannabis users met the symptom criteria for ADHD, indicating a possible connection between cannabis use and relief of ADHD symptoms. (13)

A 2017 pilot randomized, placebo-controlled trial examined the effects of Sativex®, a cannabis-based medication containing THC and CBD, in 30 adults with ADHD. Compared to a placebo, Sativex® was associated with improvements in hyperactivity, impulsivity, inattention, and emotional lability. (6) While this preliminary evidence suggests that cannabinoids may improve ADHD-related symptoms, further evidence is needed to explore the effectiveness of CBD for ADHD in children.

Research has demonstrated the effectiveness of CBD in refractory or treatment-resistant epilepsy when used both on its own or as an adjunct to antiepileptic medications. However, beyond the use of CBD in epilepsy, preliminary evidence has indicated possible therapeutic benefits of CBD in a number of other conditions, including autism, anxiety, sleep difficulties, and ADHD. Further research is needed in order to establish the effectiveness and safety profiles of long-term CBD use in children. Speak to your integrative healthcare practitioner or your child’s pediatrician before supplementing with CBD.