Surprising Effects And Sources of Caffeine: Why It Affects People Differently

Do you feel like you need a cup of coffee or tea to start your day? 90% of adults in North America consume caffeine daily, (11) and nearly 80% of American adults consume 200 to 300 mg of caffeine per day—that’s equal to about two to three cups of coffee. (10) As a natural stimulant, caffeine can give you a boost of energy. But are you aware of the other effects caffeine has on the body? Continue reading to learn more about sources of caffeine and how much can cause different effects. 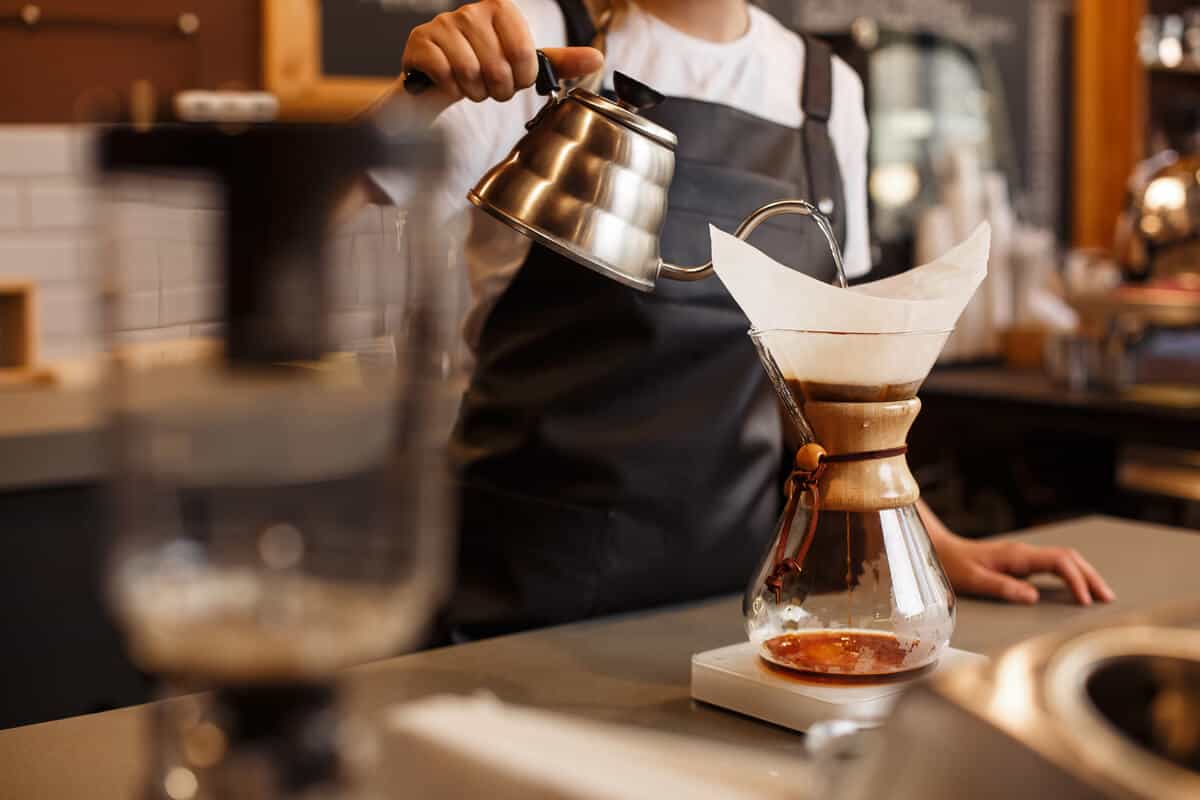 Coffee is a source of naturally occurring caffeine.

Caffeine is a naturally occurring substance found in many foods and beverages, including dark chocolate, coffee, and black and green tea. (28) Caffeine can also be produced synthetically and added to foods, drinks, and medications. Best known for its stimulating effects on the central nervous system, caffeine is the most widely consumed psychoactive drug worldwide. (24)

Naturally occurring sources of caffeine include:

Synthetic forms of caffeine are now commonplace in many commercially produced items, including: 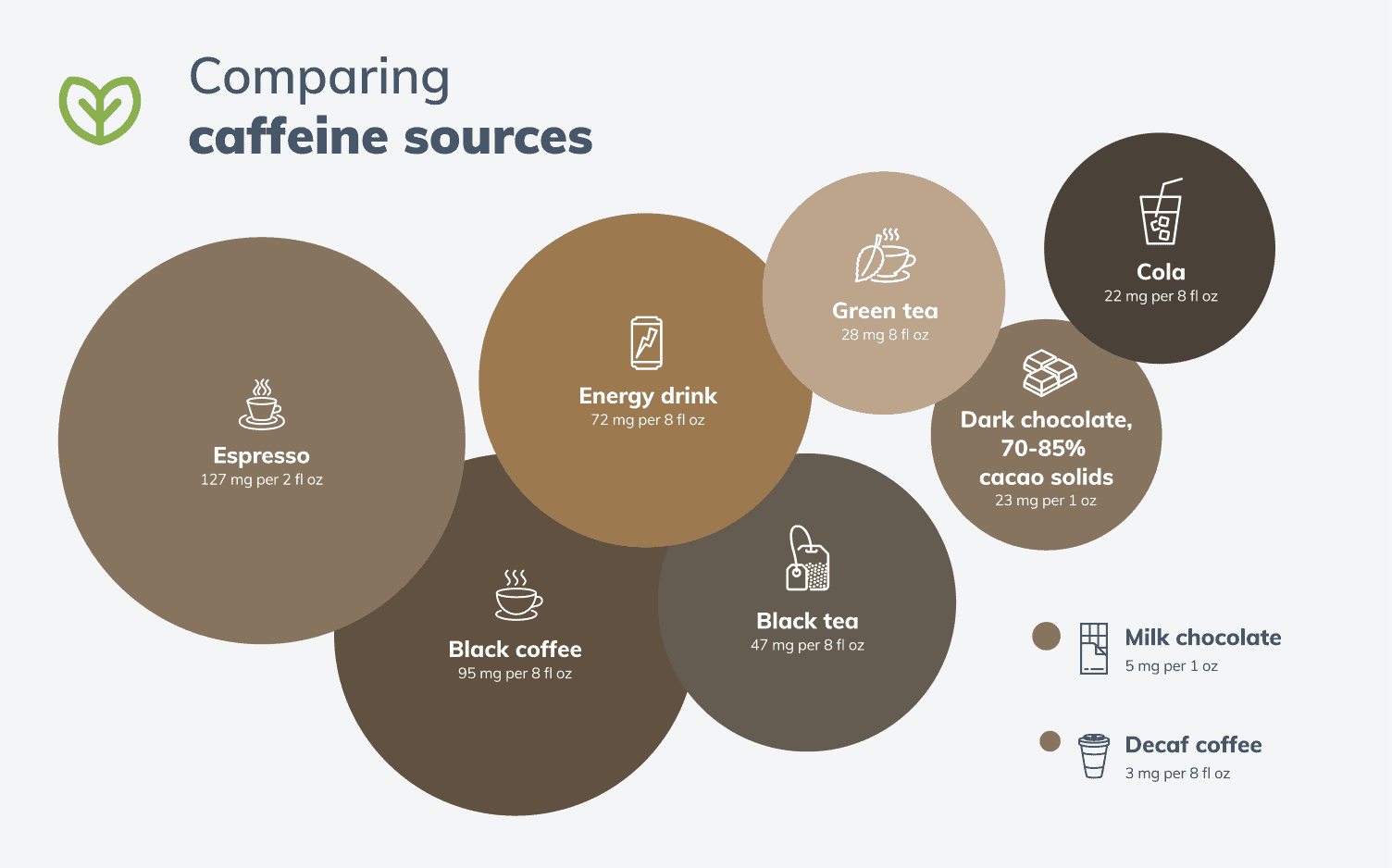 Caffeine is found in many foods and beverages. (26)

How does caffeine affect the body?

Caffeine affects the body in multiple ways, some positive and some negative. Short-term effects of caffeine include:

Did you know? Research has demonstrated that doses of 250 mg of caffeine contribute to feelings of increased stimulation, alertness, and concentration. (31)

Some individuals may be more sensitive to caffeine than others; that’s because everyone metabolizes caffeine differently. When you ingest caffeine, caffeine is quickly absorbed into your bloodstream from the gastrointestinal tract. The rate at which you metabolize caffeine is determined by caffeine’s half-life, which refers to the time required for a concentration of a substance to reduce by half. The mean half-life of caffeine in healthy individuals is approximately five hours; (12) however, the half-life can vary between two to ten hours. (18) For instance, if you drank a cup of coffee containing 100 mg of caffeine with the mean half-life, you’d still have 50 mg of caffeine circulating in your body after five hours. In contrast, individuals who metabolize caffeine at a slower rate may have 50 mg of caffeine in their system for up to ten hours. Furthermore, the more caffeine you consume, the longer it takes to clear it from your body. (12)

Factors that influence the metabolism of caffeine

Various factors influence how you metabolize caffeine, including:

Your genes also influence how quickly you process caffeine. Scientists have discovered that a specific gene, CYP1A2, determines how you metabolize caffeine. You inherit two copies of this gene—one from each parent. These copies can be either “slow” or “fast” versions of the CYP1A2 gene. Individuals with the CYP1A2*1F polymorphism (one slow and one fast copy) are considered “slow” caffeine metabolizers, meaning that they need less coffee to feel the same stimulating effects. In contrast, individuals who are homozygous (​​two copies of the CYP1A2 gene) are “fast” caffeine metabolizers and are less sensitive to the stimulating effects of caffeine. (7)(9)

Certain factors can influence how you metabolize caffeine.

Who should limit or avoid caffeine?

Some populations are vulnerable to the effects of caffeine and therefore should limit or avoid caffeinated foods and beverages. Outlined below are some of the conditions and populations that should use caution with caffeine.

Because caffeine can raise blood pressure, pregnant women should limit caffeine for the duration of their pregnancy. Caffeine can also cross the placenta, which poses an issue to the fetus as they don’t have the enzymes needed to metabolize caffeine. (19)

Despite conflicting evidence, the American College of Obstetricians and Gynecologists recommends that pregnant mothers limit their caffeine to no more than 200 mg per day. (2) Breastfeeding moms are also advised to limit their caffeine intake to no more than 300 mg per day since caffeine can be passed from breast milk to the baby. Side effects of caffeine exposure in infants include irritability, poor sleep, and fussiness. (3)

Caffeine has been shown to interfere with healthy growth and development in children and, therefore, is generally not recommended for kids under the age of 12. (25) A 2020 systematic review concluded that caffeine has some positive and negative effects on children. For example, caffeine has been shown to improve attention performance. However, caffeine can also disrupt children’s sleep cycles, which can have detrimental effects on their weight and development and even predispose them to depression and anxiety. (25)

Excess caffeine has been shown to increase blood pressure. One study demonstrated that caffeine may exert more significant effects on blood pressure in individuals at risk of hypertension (high blood pressure). (10) If you have high blood pressure or if you’re currently prescribed any heart medications that can interact with caffeine, it’s best to ask your integrative healthcare practitioner about minimizing your intake of caffeinated foods and beverages. (28)(21)

The stimulating effects of caffeine can contribute to or worsen insomnia, a condition characterized by habitual sleeplessness. (4) According to a 2016 systematic review, caffeine prolonged sleep latency (time to fall asleep), reduced total sleep time, and worsened sleep quality. The review also found that older adults are more sensitive to the sleep-disrupting effects of caffeine than younger adults. (6)

To avoid sleep disruption, consider working with your integrative healthcare practitioner to see when your caffeine cut-off time should be for optimal sleep. A cut-off time between 12 to 2 p.m. may be ideal for many people; however, you may need to avoid caffeine earlier in the day if you notice that caffeine negatively affects your sleep. (18)

Decaffeinated (decaf) beverages are a suitable alternative for some individuals who should limit or avoid caffeine. Despite its name, decaf coffee may still contain small amounts of caffeine. The average cup of decaf coffee contains 2 to 15 mg of caffeine; that’s significantly less caffeine than the 80 to 100 mg found in a typical cup of coffee. (27)

Have you ever wondered how decaf coffee is made? For decades, coffee producers have used toxic and harmful chemical solvents to decaffeinate coffee. Thankfully, manufacturers have switched to safer and more natural substances. Today’s method of choice involves the use of an organic solvent called ethyl acetate, a compound found in some fruits. Other manufacturers may use liquid carbon dioxide (CO2) to extract caffeine from coffee beans and tea leaves. (29)

Two methods of decaffeination that don’t require the use of organic solvents include the Swiss Water Process (SWP) and French Water Process (FWP) techniques. Both techniques remove caffeine by first soaking coffee beans or tea leaves in hot water. After allowing the beans or leaves to soak in water, the remaining liquid is filtered through a natural or carbon filter, then reintroduced to the beans or tea leaves. These methods effectively remove most caffeine from tea leaves and coffee beans but still yield a rich flavor. (29) 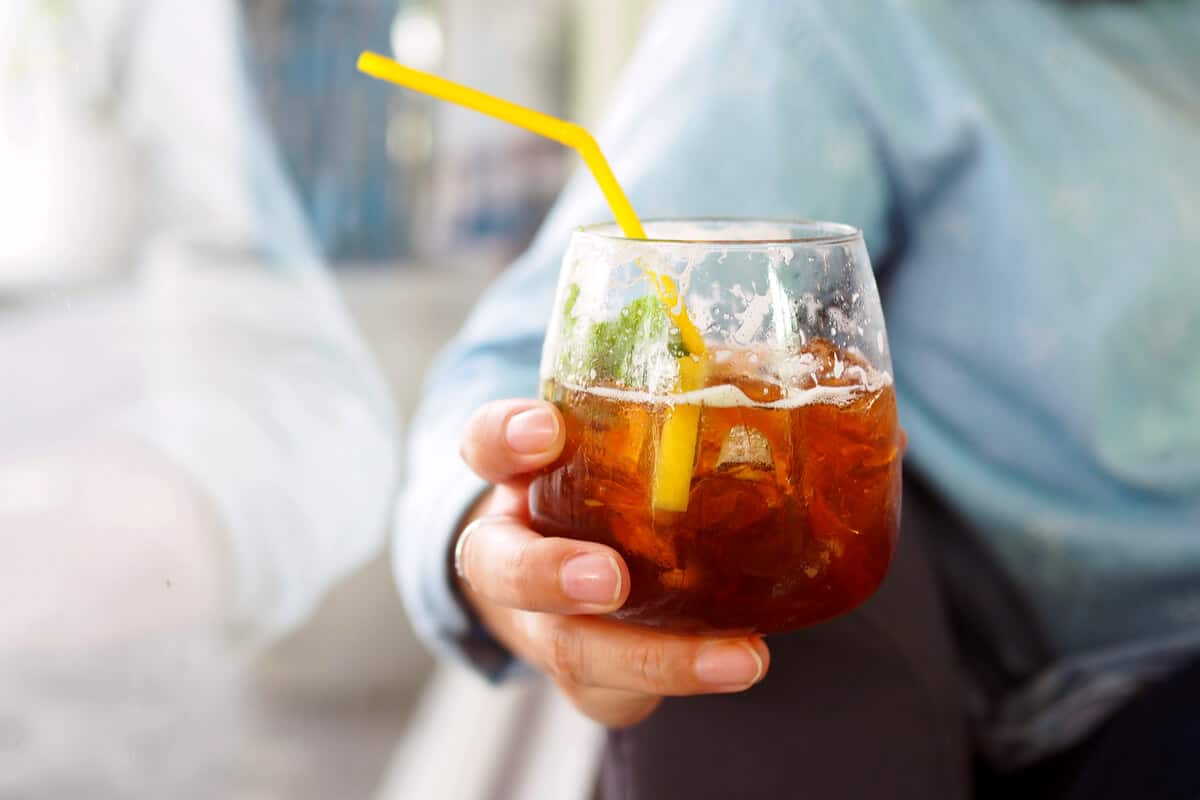 Opt for healthier sources of caffeine such as unsweetened coffee and tea rather than sugar-sweetened soft drinks and energy drinks.

How much caffeine is too much?

Caffeine has dose-dependent effects, meaning the effects of caffeine increase with larger doses. The U.S. Food and Drug Administration (FDA) states that doses of 400  mg per day or less are not typically associated with harmful effects in healthy adults; however, doses of caffeine exceeding 400 mg may exert negative health effects. It’s important to note that some people may be more or less sensitive to caffeine, depending on how quickly they metabolize it. (27)

Signs you’ve consumed too much caffeine

You might have consumed too much caffeine if you experience any of the following side effects:

What are the long-term effects of excess caffeine?

Low to moderate doses of caffeine are generally regarded as safe for most individuals; however, long-term caffeine consumption, particularly when consumed at high doses, (15) may contribute to some health concerns, including:

Caffeine withdrawal can occur in individuals who abruptly abstain from caffeine consumption, leading to symptoms such as headache, fatigue, irritability, depressed mood, decreased alertness and energy, and poor concentration. Caffeine withdrawal symptoms can begin around 12 to 24 hours after cessation, peak around 20 to 51 hours, and last up to two to nine days. (22) If you plan to eliminate caffeine, it’s best to do so gradually over several days to prevent any adverse effects of withdrawal. (22)

Caffeine is a naturally occurring and synthetic stimulant that’s found in coffee, tea, dark chocolate, and other foods and beverages. Specific populations, such as pregnant or breastfeeding women, young children, and individuals with chronic insomnia or heart conditions, should limit or avoid caffeine. For many healthy adults, 400 mg or less of caffeine per day is safe. If you’re a patient, consult your integrative healthcare provider if you have concerns about caffeine.

11 comments on “Surprising Effects And Sources of Caffeine: Why It Affects People Differently”