5 Reasons to Eat With the Seasons: the Benefits of Seasonal Produce

If you’ve ever bitten into a peach in the middle of winter, you’ve likely noticed that its flavor and texture aren’t nearly as impressive as what you’d find in a fresh peach during summertime. Due to advancements in modern agriculture and international trade, you can find just about any fruit or vegetable year-round in North America. Increased produce availability has its benefits; however, it can present some downsides, such as reduced nutrient content, less flavor, greater cost, and a significantly higher impact on the environment. Choosing in-season, locally-grown produce when possible has been shown to have numerous benefits for your health, community, and environment. 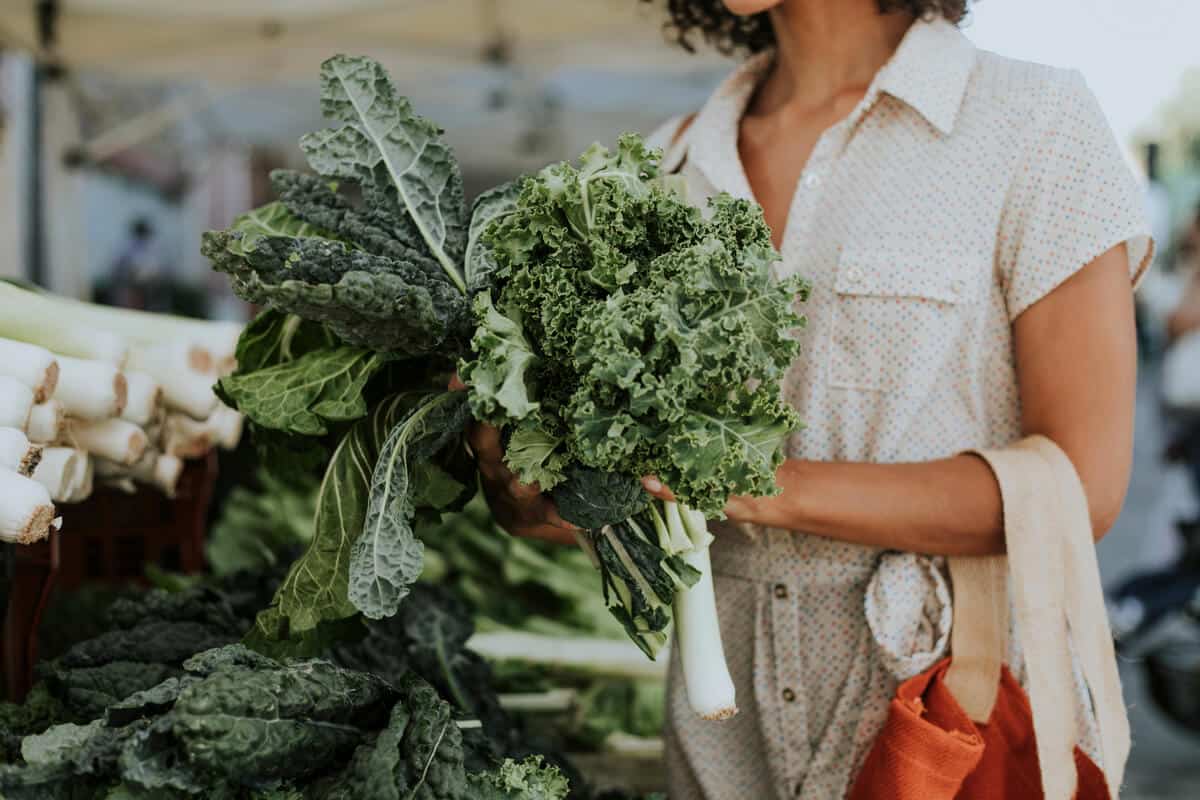 Seasonal produce not only tastes great and is packed with nutrition, but it also helps to reduce your carbon footprint while fostering a connection to your local community.

What is eating seasonally?

The Department for Environment, Food and Rural Affairs (DEFRA) defines seasonal food as “food that is outdoor-grown or produced during the natural growing/production period for the country or region where it is produced. It need not necessarily be consumed locally to where it is produced.” (13)

Ayurveda, a traditional system of medicine that originated in India, supports eating with the seasons as an essential component to health and disease prevention. This concept is known as ritucharya. (12) According to Ayurvedic principles, diet should vary as the seasons change, allowing the body to get the specific nutrients it needs to thrive in a changing climate.

With today’s long-distance food transportation systems, it’s easy to forget that the foods we have readily available are not always the ones that are in season. For anyone who has ever eaten a local peach at its prime, it’s hard to ignore the fact that in-season produce is a treat for the taste buds.

Eating with the seasons comes with a host of benefits. Not only does seasonal produce taste better, but it’s more nutritionally dense. (16) It also reduces your carbon footprint, leaves a little extra money in your wallet, and helps you form a connection with your local community. (6)

Factors such as the quality of soil, amount of sunlight, and climate contribute to the nutrient composition of foods. One study that examined vitamin C content in broccoli found that broccoli grown in-season during the fall had twice as much vitamin C as broccoli that was grown out of season in the spring. (16) Interestingly, while the study set out to determine the nutritional differences between organic versus conventionally-grown produce, it concluded that the growing season seems to have the largest impact on vitamin C content. (16) 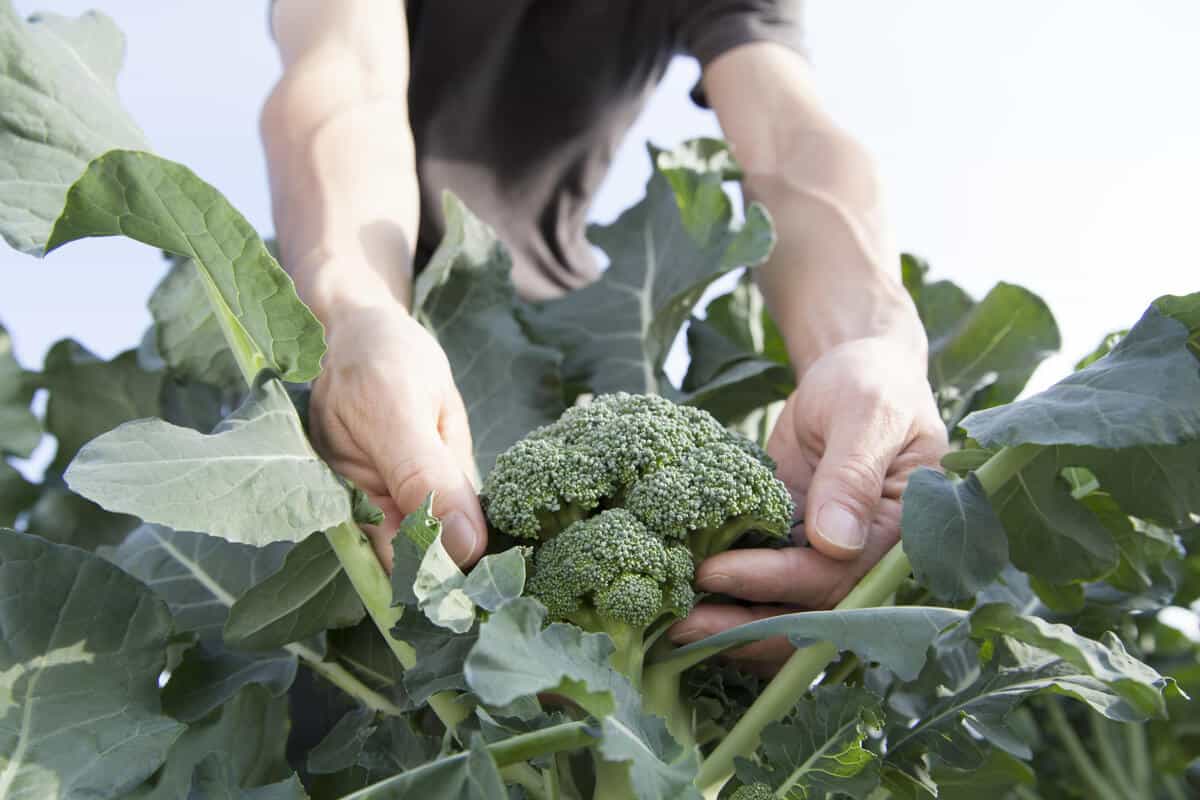 Most people will agree that nothing tastes better than fresh strawberries in the spring and early summer and that most fruits and vegetables have the best flavor when purchased from the local farmers’ market. With the global demand for fresh produce on the rise, many producers have had to turn to post-harvest treatments to control ripening, spoilage, and quality during transportation, which oftentimes can mean a decrease in quality through the use of heat, irradiation, and edible coatings. (9)(11) For example, as one of the most consumed crops in the world, bananas have been shown to be significantly affected by ripening agents in terms of quality such as color, texture, and flavor. (8)

Having access to year-round produce has its benefits, especially in colder climates occurring in northern regions of the United States and Canada. This expansion of the global food market has been beneficial for increasing international trade, sharing cultural foods, and providing low- and middle-income countries with food. (6) However, the global demand for food has undoubtedly come with a major environmental impact, as food now travels farther than it ever has, collectively leaving a large carbon footprint. (2)(3) Around one-third of the vegetables and more than half of the fruit purchased in the United States are imported from other countries. (4) Tim Lang, professor of Food Policy at City University London’s Centre for Food Policy, coined the term food miles to describe this phenomenon and increase awareness of food consumerism and its environmental impact. (5)

The distance that our food has to travel isn’t the only important part of the environmental equation; growing methods also play a role. Studies have gone as far as to show that out-of-season foods grown in greenhouses in the United Kingdom require greater energy consumption than the same product grown elsewhere in-season then imported. (15) Buying with the seasons and locally from a farmers’ market or through a community-supported agriculture (CSA) program can help reduce the distance from farm to plate as well as our carbon footprint. (6)

It is no surprise that eating seasonally and locally is easier on your wallet. We know how expensive it is to purchase strawberries from the grocery store compared to the farmers’ market stand. When fruits and vegetables are in season, there is more supply available, resulting in lower prices. (7)

Creates a connection with the community

Choosing seasonal produce means not only supporting local agriculture, but it also gives you the opportunity to connect with the people growing food in your local community. Looking around farmers’ markets, connections are everywhere you look.

Why is maintaining a connection with your community important? Studies show that social connectedness can promote longevity. In fact, research conducted on the world’s Blue Zones, areas around the world with the largest population of people who live 100 years or more, indicates that community is one of the threads that unite the centenarians together. (1)(17)

Visiting your local farmers’ market may also encourage you to eat more fruits and vegetables. One study of households in rural communities demonstrated that fruit and vegetable consumption is highest among individuals who regularly visit farmers’ markets. (10)

Given the many benefits of consuming a more seasonally-focused diet, it makes sense to incorporate seasonal foods into your diet. This leads us to a very important question: what produce is in season now? The following fruits and vegetables are available seasonal all year long.

Caption: Eat a variety of fruits and vegetables year-round.

From shopping at your local market to experimenting with growing your own fruits and vegetables at home, there are lots of ways to nourish yourself with the benefits of seasonal produce. 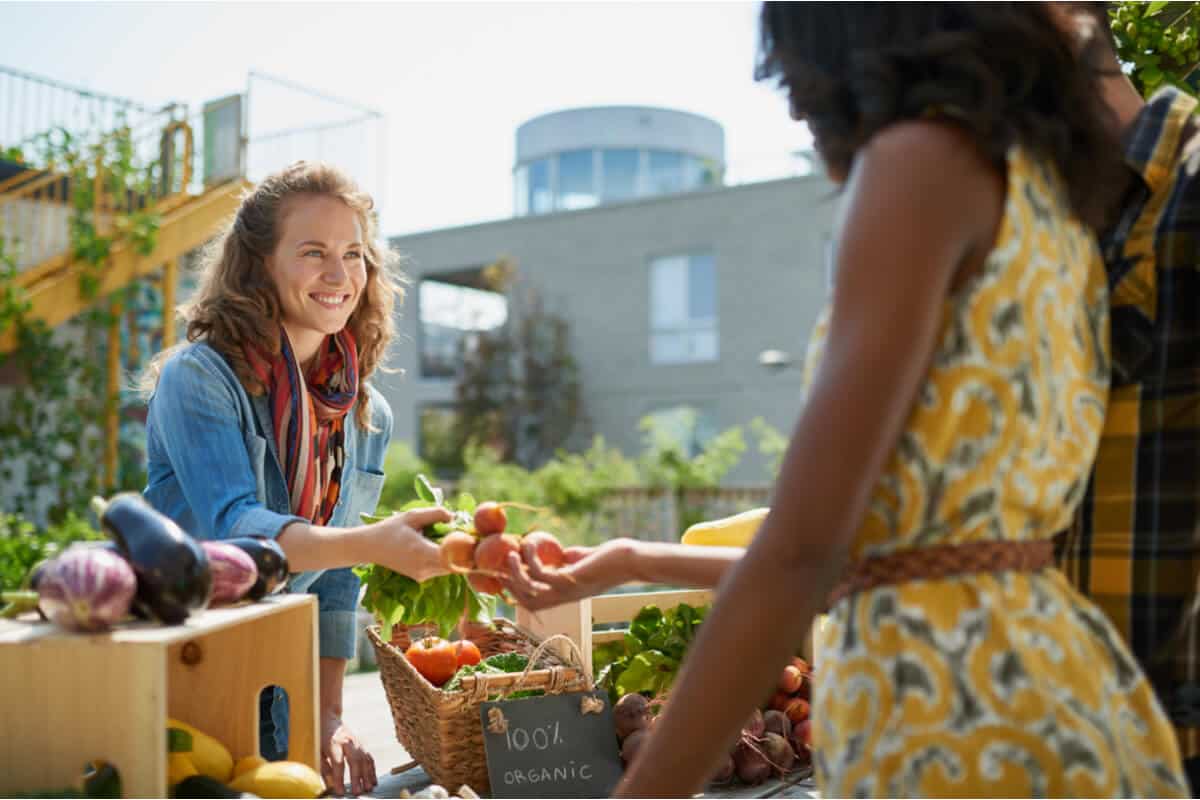 Farmers’ markets and a membership with your local CSA are great ways to source seasonal produce and support your community at the same time.

The ancient concept of ritucharya in Ayurveda reminds us how important it is to eat with the seasons while deepening our connection with the environment around us. Eating seasonally significantly improves flavor–you only have to compare those local, ripe strawberries or those plump, juicy nectarines with their out-of-season, imported counterparts to be convinced. Local produce is also more nutritious than that from out-of-season crops, is a great way to reduce your carbon footprint, saves you money, and cultivates a connection to agriculture in our local communities. The rewards of seasonal eating are truly bountiful.

9 comments on “5 Reasons to Eat With the Seasons: the Benefits of Seasonal Produce”